Theresa May fired a ministerial aide today for trying to force the Government to bolster its protections for EU citizens after Brexit today.

Alberto Costa has tabled an amendment to tonight’s non-binding Brexit votes in defiance of Government policy.

He was sacked as an aide to Scotland Secretary David Mundell as the proposal picked up dozens of signatures from across the Commons.

The plan demands Britain fully implements the section of the divorce deal applying to citizens’ rights regardless of whether the deal is agreed by exit day. 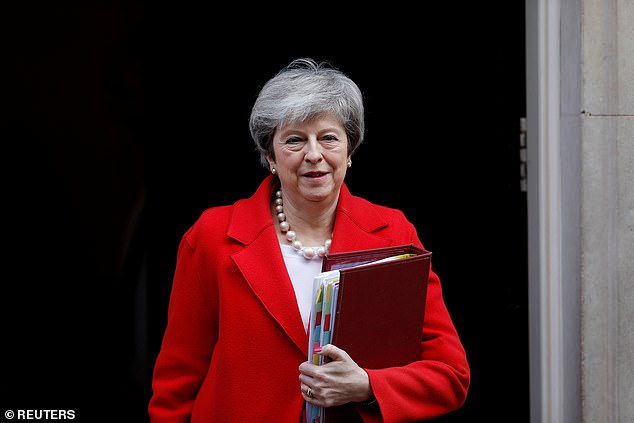 Mr Costa’s proposal appeared to have won Government support this morning as it was endorsed by Home Secretary Sajid Javid – insisting he was ‘perfectly happy’ with it.

But within hours Government sources confirmed he had been sacked. Mr Javid appeared unaware of Mrs May’s objection to the plan this morning.

Labour is also supporting the amendment and Mr Costa said yesterday it would be a ‘farce’ if the Government did not back down.

He said his amendment, which already has support from 130 MPs ranging from Labour leader Jeremy Corbyn to Tory arch-Eurosceptic Mr Rees-Mogg, would give the Prime Minister a mandate to push for a change with her fellow EU leaders.

Mr Javid was grilled on the plan by SNP MP Stuart McDonald at the Home Affairs Committee this morning.

He said the Government was backing the amendment – prompting Mr McDonald to say he was ‘delighted’ to hear of the change.

Mr Javid exclaimed: ‘What do you mean ”now”? When was it not supporting it? When did you hear that?’