Theresa May vows to stay and fight 2022 general election

Theresa May stunned MPs last night by vowing to stay on as Tory leader and fight the 2022 general election.

The Prime Minister said she was ‘not a quitter’ and would remain in office to guide the country through Brexit and beyond.

Her bold declaration could see her stay in office for another ten years if the Conservatives win the next election and she serves two full terms. 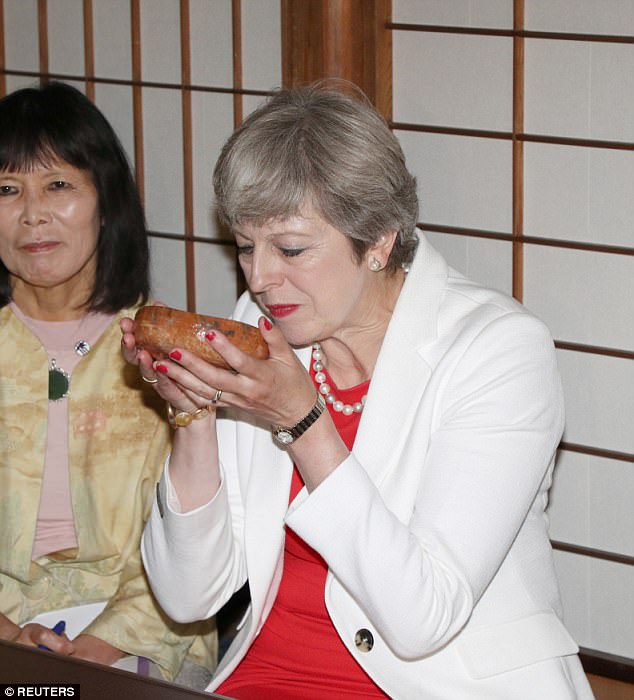 The PM is currently on a three-day visit to Japan, her first trip outside Europe since her humiliating election performance. Many Tory MPs believed Mrs May was standing down ahead of the next election

Her pledge will shock Westminster after her decision to call a snap election resulted in the humiliating loss of her party’s Commons majority.

Many had assumed Mrs May would remain as Prime Minister only until Britain formally left the EU in 2019, before stepping down and handing over to a new leader to fight the next election.

Indeed, many MPs believed they had a tacit understanding this would be the case. But as she arrived in Japan yesterday for the start of a three-day trip, Mrs May made clear she had no such intention of quitting.

She dismissed a recent report that suggested she would leave Downing Street in the summer of 2019 following Brexit as having ‘no basis whatsoever’. Instead, Mrs May insisted there was still an ‘awful lot more’ she wanted to get done to deliver a ‘brighter future’ for the country.

Asked if she intended to lead the Tories into the next election, the Prime Minister said: ‘Yes. I’m here for the long-term and it’s crucial. What me and my government are about is not just delivering on Brexit, we are delivering a brighter future for the United Kingdom.’

She added: ‘I’m in this for the long-term because there’s a long-term challenge for the United Kingdom. We need to get the Brexit deal right, deliver the right deal for the people of the UK, but we also need to ensure that after we have left the European Union, global Britain is out there trading around the world, standing tall.’

She then declared: ‘I am not a quitter.’

Mrs May’s bold plan risks re-igniting leadership rows in the Conservative Party ahead of its annual conference in just a few weeks.

Most colleagues were willing to accept her remaining in office as they feared a damaging leadership contest that could lead to another election and hand Jeremy Corbyn the keys to Downing Street.

But by asserting her desire to cling on for the longer term, Mrs May could cause rumblings from those with their eyes on the top job – thought to include Foreign Secretary Boris Johnson and Brexit Secretary David Davis – and risks the leadership issue bursting into the open over party conference season.

It is thought Mrs May has been emboldened because no one has emerged as a serious contender to take her on. 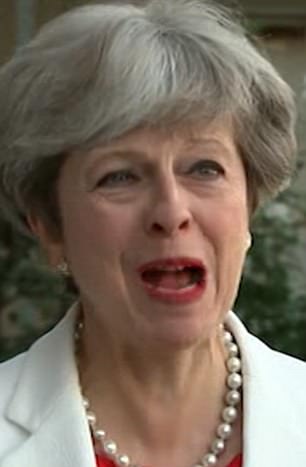 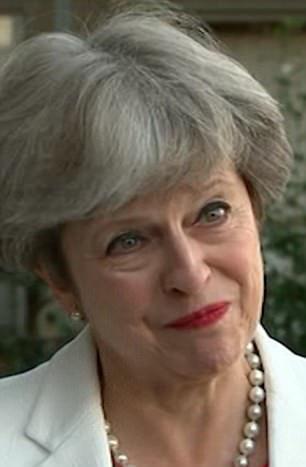 Mrs May told MPs after the election that she got them into the mess and would get them out, but few considered she would continue in Number 10 until 2022 and beyond

In the days after the election, a contrite Mrs May told Tory MPs: ‘I got us into this mess and I’m going to get us out of it. I will continue to serve as long as you want me.’ But no serious opponent has emerged and Brexit-supporting Tory MPs are worried that a change of leader could jeopardise their objectives in negotiations with the EU.

Explaining why she thought she should continue, Mrs May said that while she had promised to ‘get on with the job of Brexit’, her vision for her premiership included securing ‘changes domestically on issues such as social justice’.

Over the summer, Mrs May said she had reflected on her election disappointment in June, but had decided that people wanted her to continue to deliver Brexit.

She said: ‘Obviously what I have done since the election is reflected on the messages and issues the public felt were important and that came through.

‘I think coming out of it, the general view I got from the public in relation to Brexit was get on with it, but make sure you get a good deal.’

Former Tory leader William Hague warned Cabinet ministers against plotting to replace Mrs May as he suggested her successor would be an outsider. Lord Hague said all ministers needed to ‘concentrate on doing a good job in the job’ they have got now and should not be ‘manoeuvring to be a future leader’.

He told the BBC: ‘The ones who manoeuvre probably will not become the leader and they should get behind Theresa May and help her to do a good job in these exceptionally difficult circumstances.

‘When I was elected 20 years ago, a few months before I was elected I was 66/1 against at the bookies. The most likely person hardly ever gets it.

A DECISION SHE MADE IN THE HILLS OF SNOWDONIA

ANALYSIS BY JOHN STEVENS, DEPUTY POLITICAL EDITOR WHO IS TRAVELLING WITH THE PM IN JAPAN

Walking through the hills of Snowdonia with her husband Philip at Easter, Theresa May decided she was ready to fight.

Less than a year into the job as Prime Minister in April, she made the biggest decision of her political life, calling a snap election so she could win a mandate as leader of the country in her own right.

After suffering the humiliation of losing her precious Commons majority, you could forgive Mrs May for never wanting to return to the place where she chose to gamble and lost. 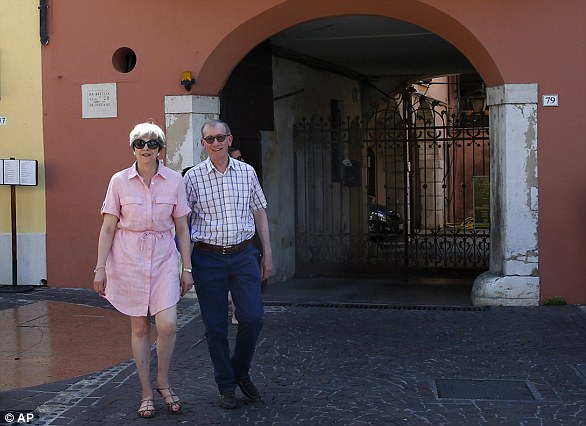 Prime Minister Theresa May, pictured with her husband Philip in Italy in July, decided to continue as prime minister while walking through Snowdonia last week

But over the Bank Holiday, she and her husband were back in the Welsh countryside where she says she gets the opportunity to ‘clear her mind and her thinking’. Walking through the churchyard after attending the 18th century St Mary’s church in Dolgellau on Sunday morning, Mrs May knew in her mind she had made another pivotal choice.

And soon after taking off from Heathrow on Tuesday evening for a three-day trip to bolster trade with Japan, Mrs May shared with reporters her decision, which just weeks ago would have drawn scoffs and derision. But somehow, as she returns from the summer emboldened for a new fight, some are starting to believe she means it when she says she is ‘not a quitter’ and will take the Tories through the next election in 2022. Many in the ranks had assumed she would lead the country through Brexit, which should be finalised in March 2019, at an absolute maximum.

But with Tory MPs scared of the prospect of Jeremy Corbyn, many have come to realise it is better to keep quiet and back Mrs May instead of going through an ugly leadership contest that would inevitably lead to demands for another election.

As the weeks passed – and none of the leadership rumours gained any real traction – Mrs May slowly rebuilt her team, getting rid of her toxic former advisers, and renewing her Brexit strategy and policy ideas. Her confidence appears to have re-emerged – just in time as she heads to the party’s annual conference.

Unlike some predecessors, who ran away when things got tough, Mrs May is not giving up without a fight.