By Jason Groves For Daily Mail

Democratic Unionists will bring down the Government if Northern Ireland is forced to stay in a customs union after Brexit, the party warned last night.

Theresa May’s governing partners said that leaving the customs union with the rest of the UK was an ‘absolute red line’.

Nigel Dodds, leader of the DUP in Westminster, said his party could never accept a deal that led to Northern Ireland being treated differently from the rest of Britain.

He told the Conservative Home website: ‘If, as a result of the Brexit negotiations, there was to be any suggestion that Northern Ireland would be treated differently – in a way for instance that we were part of a customs union and a single market and the rest of the UK wasn’t – for us that would be a red line, which we would vote against the Government, because you might as well have a Corbyn government pursuing openly its anti-Unionist policies as have a Conservative government doing it by a different means.’ 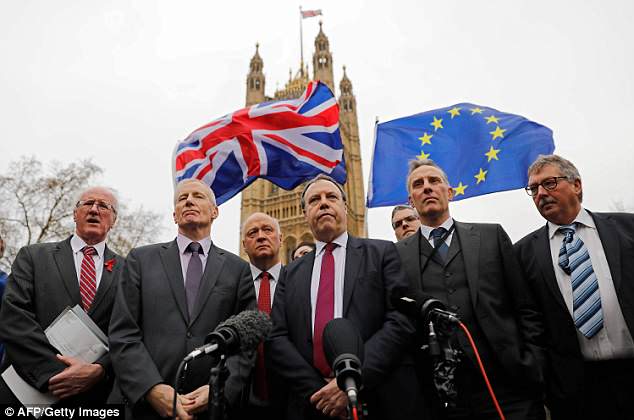 Nigel Dodds warned that there were forces in Dublin, Brussels and Westminster who wanted to derail Brexit

Mr Dodds said there were forces in Dublin, Brussels and Westminster trying to exploit the Irish border issue to ‘thwart Brexit’.

His intervention came as diehard Conservative Remainers prepared to use a Commons vote today to try to bounce the Government into keeping Britain in the customs union.

At least ten Tory MPs are expected to back a motion calling on the Government to make staying in a customs union with the EU ‘an objective in negotiations’ with Brussels. But the Prime Minister yesterday faced a series of calls from senior Tories to stick to her pledge to take the UK out of the customs union.

Commons leader Andrea Leadsom said it would be ‘ludicrous to be in a customs union’ after Brexit because it would rob Britain of the ability to strike new trade deals. 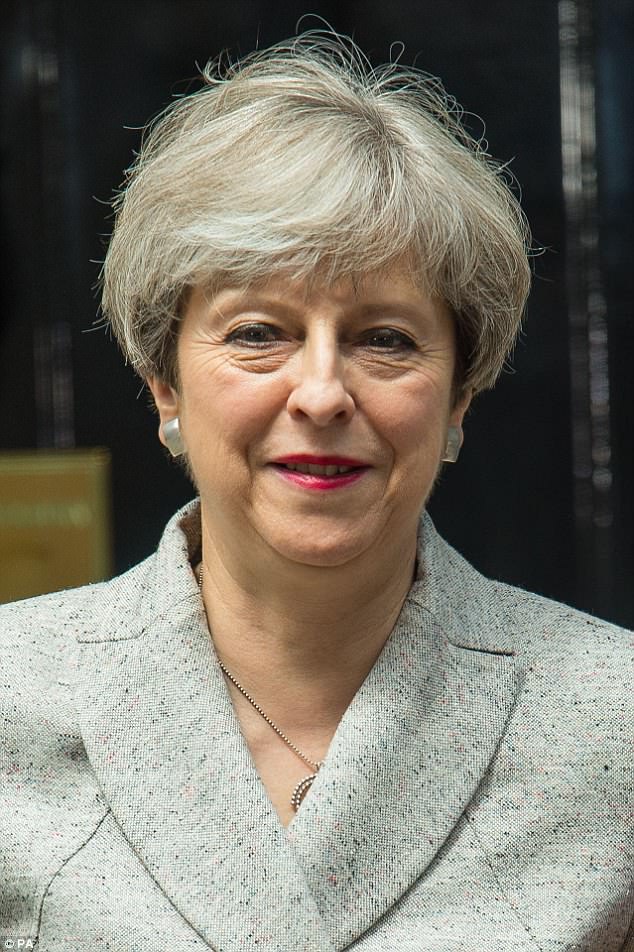 Sixth defeat in the Lords

The House of Lords voted by 349 to 221 to tighten rules allowing ministers to change the law without consulting Parliament.

Ministers argue the powers are needed to ensure that thousands of EU regulations are transferred on to the UK’s statute book before Britain leaves the EU next year.

But a string of peers said the use of these ‘Henry VIII powers’ was too widespread. The legislation suggested allowing ministers to introduce new regulations wherever they felt it ‘appropriate’. Peers voted last night to allow it only where ‘necessary’.

Former Tory Cabinet ministers Lord Patten, Lord Deben and Viscount Hailsham were among 13 Tory peers to vote against the Government.