Lucifer, Panda and Schapelle: These are the baby names used just ONCE in Australia in 2018 – as the most popular monikers are revealed

The baby names used just once in Australia throughout 2018 have been revealed – and they include Lucifer, Moet, Panda and Schapelle.

Every year, Australian states reveal the 100 most popular names for babies born in the previous 12 months.

But South Australia takes it one step further as they reveal the names given to every single baby born, including the 3,500 names that have been used only once in the country.

Ranging from Aabed to Zhaylee, from Xenophon to Halcyon and Kaosidichukwunobi to Tailem, there are many intriguing names in the data.

South Australia takes it one step further as they reveal the names given to every single baby born, including the 3,500 names that have been used only once in the country (stock image)

Names like Willow and Sage have grown in popularity over the years so it is a possibility that Cedar, which means ‘tree’, could be the next popular nature-inspired name.

This moniker was given just once to a boy in Australia in 2018.

Meaning limitless or endless in space, extent or size, Infinite was featured once on the list last year.

Although this name is featured on the banned names list in New Zealand, the devil-inspired name has been allowed in South Australia and was adopted once in 2018.

This is another addition to the list, which wasn’t to be outdone by two boys who were named Luv and Desire last year.

Some parents choose to use synonyms for the word storm to name their children but these parents chose to be more literal and call their little one Lightning.

River and Ocean are both used for boys and girls, but Ocean-Stanley is a name that is slightly more individual.

With the success of the Marvel series over the years it’s no surprise that the name has made an appearance, even if it’s only for one baby. 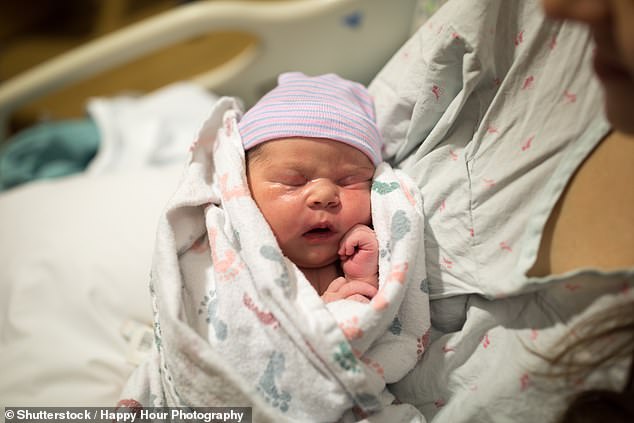 Although the name Lucifer is featured on the banned names list in New Zealand, this devil-inspired name has been allowed in South Australia (stock image)

Animal names may be becoming more popular as there were a variety that made an appearance.

Parents naming their child after some form of alcohol isn’t anything new but Moet is a stand out. This was also used just once.

Ginkgo is native to China and is found in fossils dating back 270 million years.

One study found that an extract of ginkgo was clinically effective in treating Alzheimer’s dementia.

Chanel isn’t the only brand name to feature as Nivea, meaning ‘snow white’, and Armani, both made an appearance.

Dakota is a name that is growing in popularity as the years go on but these parents chose to be unique with the spelling.

It might be the name of a convicted drug smuggler, but it’s also the name of a little baby in South Australia, proving inspiration can come from anywhere.