Police in Kent, Northamptonshire, South Yorkshire, South Wales, and Northumbria recorded a higher number of seized vehicles in 2020 compared to the previous year despite a huge decline in motoring due to the pandemic, a new investigation shows.

Police have the power to seize vehicles if the user does not have a licence or is disqualified, is driving without insurance, the car is deemed unroadworthy, has been stolen or recovered as part of the process to gather evidence.

Motors removed from the road after a crash also qualify as a seizure.

A Freedom of Information request to all UK forces shows that almost 480,000 cars have been seized in the last two years alone and five out of the 32 responding forces said they had taken away an increased number of motors last year despite the pandemic.

A new investigation has revealed that almost 480,000 cars have been seized by police in the last two years after officers caught motorists driving illegally

The research was carried out by Compare the Market, which contacted all UK forces to discover how many vehicles had been seized in 2019 and 2020 – and what the most common reason for taking them away is.

A fall was to be expected, given the dramatic drop in driving during the year, with traffic volumes plummeting by as much as 80 per cent in April during the height of the first lockdown.

However, despite fewer people being out of the road, a huge rise in employees working from home, schools being closed and millions of staff on furlough, five police forces said they had to remove an increased number of cars from the road last year.

Kent Police recorded both the most seizures last year (14,246) and the biggest increase annually, with 36.9 per cent more car immediately removed from the road in 2020 compared to 2019. 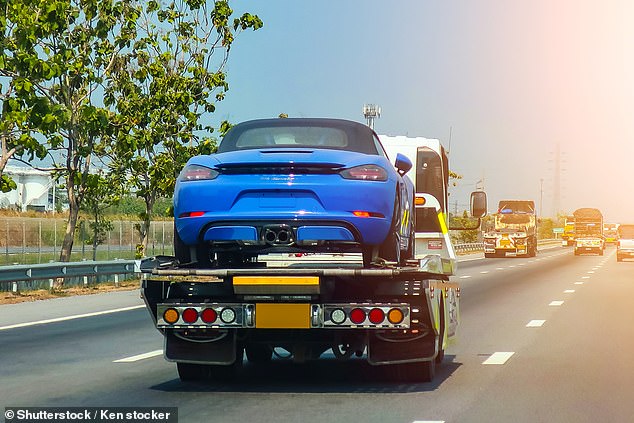 Police have the powers to seize vehicles if the user does not have a licence or is disqualified, is driving without insurance, the car is deemed unroadworthy or stolen

For the two years combined, West Midlands Police – which is responsible for enforcement in the city of Birmingham, removed the most vehicles with 51,531 seizures.

West Yorkshire follows closely behind with 45,167 vehicle seizures in the last two years.

Covering major towns and cities including Leeds, Bradford and Huddersfield, there were also an overarching number of uninsured and unlicensed drivers with 18,478 seizures related to this offence.

Though in third place, Surrey drops dramatically behind with almost 20,000 fewer cases than West Yorkshire.

There were a total of 26,855 seizures in 2019 and 2020, however in this area, road traffic collisions were the most common reason for a car seizure totalling 8,765 of all cases.

The most common reasons for car seizures

A Section 165 of the Road Traffic Act 1988 offence was the leading cause of car seizures, which means the driver was either uninsured or driving without a licence.

The second leading reason was after a road traffic collision as 45,947 instances were reported in 2020.

However, this is a 20.3 per cent decrease the previous year which is most likely the result of less cars being on the road during lockdown, therefore less risk of an accident.

Cars may be seized if they were no longer roadworthy after the accident or are needed to be used as evidence by the police. 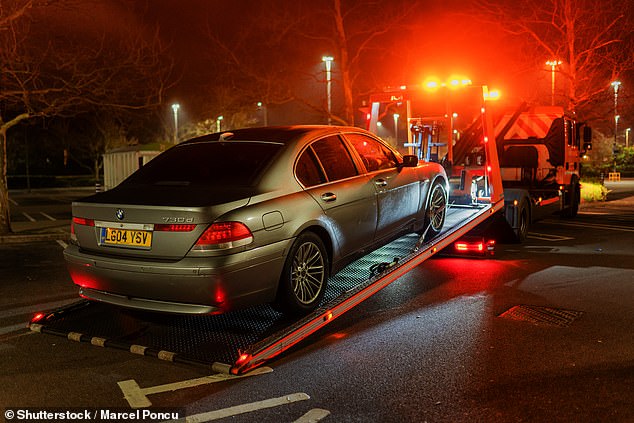 There were 93,329 cars seized for a driver being uninsured or not having a valid licence in the last year

Theft was the third major cause of seizures as 21,847 cars were impounded by police in 2020 after being found to be stolen.

Again, this figure was down 17.8 per cent from 2019 which could also be attributed to more people staying at home.

Once seized the police will try to get the car back to its rightful owner and may want to keep hold of a stolen vehicle as evidence, or also many abandoned cars are no longer in a roadworthy condition.

Dan Hutson, head of car insurance at Compare the Market, said: ‘Though some instances of a car seizure are completely unavoidable, cars are essential to so many of us in our everyday lives we all want to avoid any chance of it being seized.

‘As the most common reason for a car seizure includes driving without insurance, always make sure your car is up to date and fully insured.

‘To make sure you have the best price you can easily run your car and details through our price comparison service to compare each insurance provider and scope out the best deal for you.’