‘I just didn’t see them how they used to be’: Brentford striker Ivan Toney MOCKS Arsenal by stating he was surprised by their lack of quality in opening day victory for the Bees

Brentford striker Ivan Toney has launched a brutal attack on Arsenal by playing down his side’s victory over the Gunners last month and saying Mikel Arteta’s side won’t win anything ‘anytime soon’.

The Bees won 2-0 against their north London opponents on the opening day of the Premier League season on August 13 through goals by Sergi Canos and Christian Norgaard, the first of three straight defeats greeting Arsenal at the start of this season.

Toney put in a man-of-the-match display by being a constant thorn for Gunners defenders Ben White and Pablo Mari on the night, with the 25-year-old striker admitting he was surprised by the lack of quality the Gunners showed that evening. 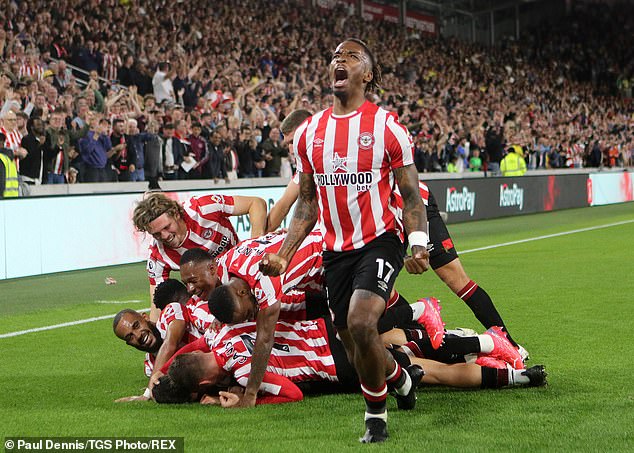 The Brentford forward told Baller Talk: ‘Arsenal fans are going to batter me for this, but you see Arsenal at the moment and they’re not the best.

‘There was a difference (between the Championship and the Premier League), don’t get me wrong, but it wasn’t crazy like: if you make a mistake, it’s going to end up in the back of the goal.

‘They weren’t as crazy as I thought (they would be). I don’t know if it was (whether) they weren’t so good or we were just excited as it was our first game and it was Arsenal and Premier League (and) all these things coming into the picture. 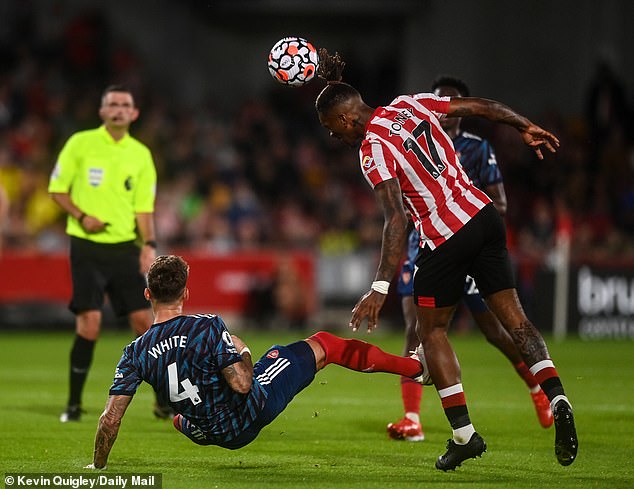 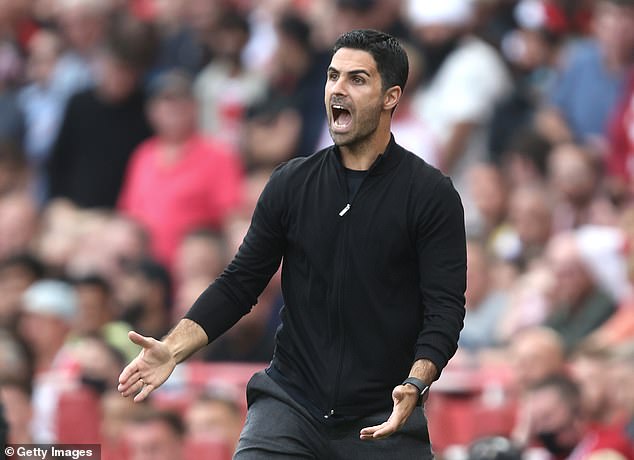 ‘I just didn’t see them how they used to be. You used to look at Arsenal and think (they were) crazy and they were going to win this game, win this game.

‘These days, I don’t see them winning nothing any time soon.’

At that point of the conversation, Toney paused, before saying: ‘Until they get a striker,’ which caused some uproar in the interview as the 25-year-old striker has been linked with a move to Arsenal in the past.

The Bees star has been discussed as a potential long-term option at the Emirates Stadium after he fired Thomas Frank’s men to the Premier League last season by scoring 33 goals in the Championship. 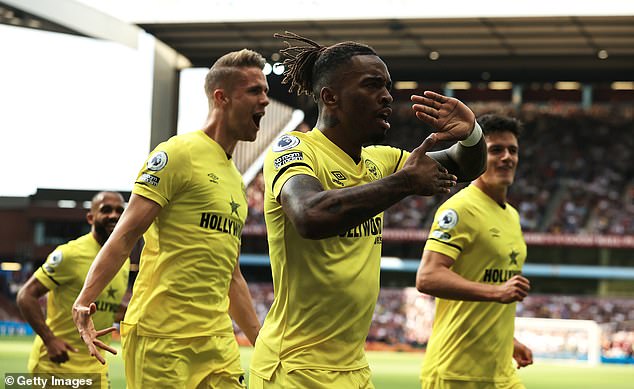 Toney has already opened his Premier League account for the new season, netting in a 1-1 draw away at Aston Villa at the end of August, but has failed to find the net in the other three matches.

Overall, Brentford have picked up two draws and a defeat since beating Arsenal on the opening day of the season, though have picked up enough points to sit comfortably in mid-table.

Frank’s side are, however, six places ahead of Arsenal in the top-flight table, with Arteta’s men only managing to win their first league game of the season last Saturday – a slender 1-0 victory at home to bottom side Norwich.