Paris Saint-Germain captain Thiago Silva has called for some introspection at the club as they prepare to bid farewell to another manager in Unai Emery, stating that the Ligue 1 champions ‘change coach but do not progress’.

With his two-year contract set to expire this summer and no renewal seemingly forthcoming, former Sevilla boss Emery confirmed last week that he would be leaving the Parc des Princes at the end of the season.

Such a departure comes despite the Spaniard, appointed as the successor to Laurent Blanc in June 2016, guiding dominant PSG to their fifth domestic title in six years. 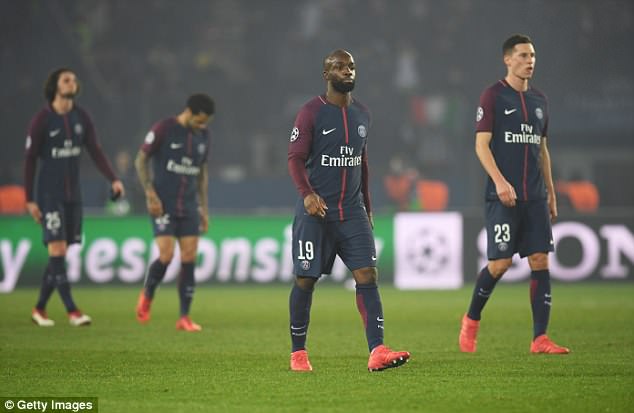 The Parisians also beat AS Monaco to win both the Trophee des Champions and Coupe de la Ligue earlier this term and will face third division minnows Les Herbiers in the French Cup final in May as they seek to complete a domestic quadruple, though their Champions League last-16 exit at the hands of Real Madrid had led to widespread speculation that Emery would exit.

The decision not to retain the 46-year-old seems to have been queried by long-serving centre-back Silva, who told BeIN Sports: ‘It’s the choice of the club and I think they spoke after the defeat against Real Madrid.

‘This week, they decided he will not stay with us next year but the responsibility is on us now. 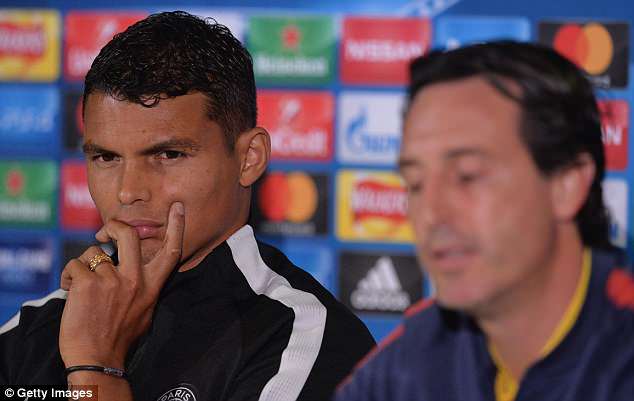 ‘We change coach but we do not progress. Maybe we at home have to look and think about what we need to do more to improve next year.’

Former Borussia Dortmund coach Thomas Tuchel is considered as the favourite to succeed Emery at PSG, who currently sit 19 points clear at the summit of Ligue 1 with three matches left to play following a 2-2 draw with Guingamp that saw Uruguayan striker Edinson Cavani overtake Zlatan Ibrahimovic as the club’s leading league scorer.

They regained the title with an emphatic 7-1 victory over defending champions Monaco earlier this month.

Tuchel is believed to have already agreed a deal to take the reins in the French capital, with outgoing Arsenal stalwart Arsene Wenger coveted by PSG owner and friend Nasser Al-Khelaifi for the role of general manager.