‘Werner, you are the best! Love you!’: Thiago Silva’s wife sings the praises of the Chelsea striker after his Real Madrid goal… despite blasting him last week by claiming ‘he doesn’t want to score’ due to his horror miss in Spain

Werner nodded in Chelsea’s first goal in their 2-0 win over Real Madrid, converting from close range after a deft Kai Havertz lob came back off the crossbar.

The Germany forward spurned a glorious chance to score for Chelsea last week and Mrs Silva was quick to vent on her Instagram story about the £53million striker who has endured a tricky first season in England.

After slating him last week, Thiago Silva’s wife Isabele took to Instagram to praise Timo Werner after he scored for Chelsea in the Champions League semi-final against Real Madrid 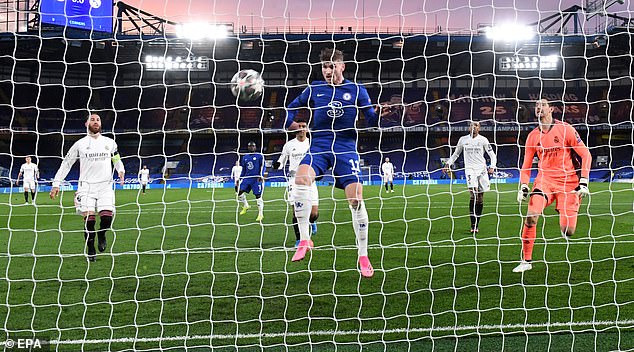 But after scoring one of the goals that booked Chelsea’s place in Istanbul for an all-English final against Manchester City at the end of the month, Silva changed her tune.

‘Werner, very good! That’s what I’m talking about,’ the 34-year-old said on her Instagram moments after the first goal. ‘You know! You are the best my friend, love you!’

Last week, she remarkably said that her husband’s team-mate ‘didn’t want to score’ after he missed a super chance for an away goal from six yards against Real in Spain. 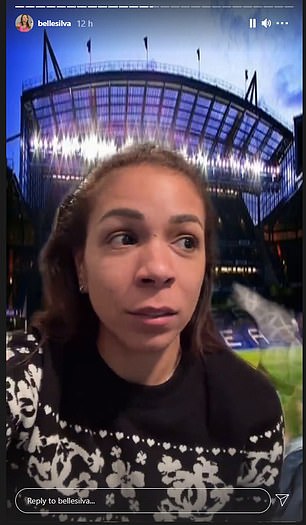 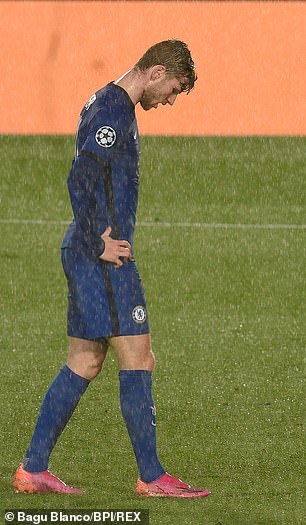 “We need a goal, we need to win this match.. but my attackers don’t want to score , I don’t know why they don’t score”

‘This is karma, guys,’ she ranted. ‘Every team I go to there is a striker who keeps missing goals… this Werner, what is his name?’

‘We need a goal, we need to win this match but my attackers don’t want to score, I don’t know why they don’t score.’

Silva has had a more immediate impact than Werner, with the 36-year-old’s experience at the heart of the Chelsea defence proving key as they battle for a top four finish and, of course, the chance to win two trophies with an FA Cup final to come as well as the Champions League. 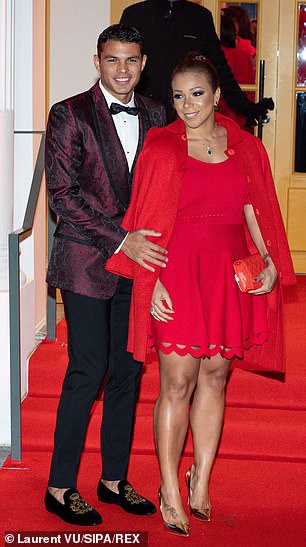 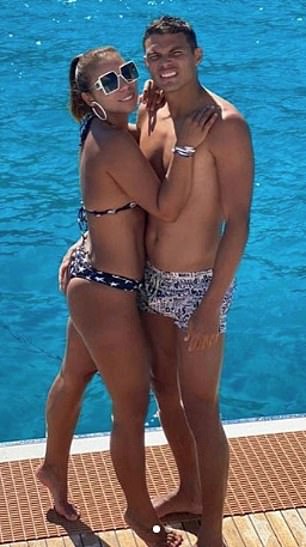 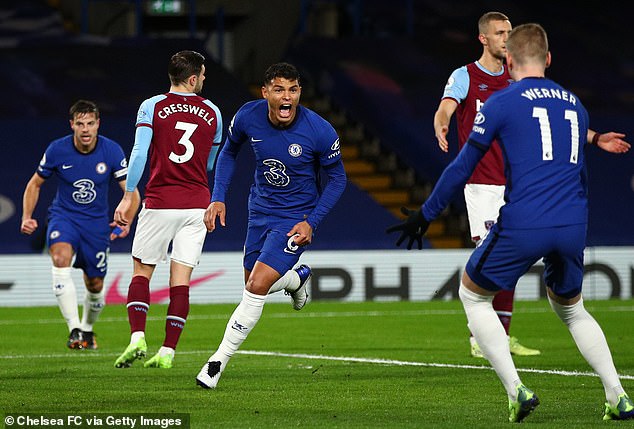 The 25-year-old Werner, who joined from German club RB Leipzig, has scored 12 goals in his debut season at Stamford Bridge.

Werner, Silva and the rest of the Chelsea squad are back in action this weekend, facing fellow Champions League finalists City on Saturday evening at the Etihad stadium.

City are on the brink of claiming the Premier League title while Chelsea need to do their housekeeping and seal a top four place. They are only three points ahead of West Ham in fifth.