‘I wish him the best of luck this year, even if he’s not playing for the good London team!’: Ex-Chelsea keeper Thibaut Courtois sends cheeky message to Gareth Bale as he prepares for his second debut with Tottenham

Former Chelsea goalkeeper Thibaut Courtois took a swipe at Tottenham when giving his opinion on Gareth Bale’s transfer to Jose Mourinho’s side.

The current Real Madrid No.1 spent seven years at Stamford Bridge picking up two Premier League titles, the FA Cup and the League Cup before transferring to the Santiago Bernabeu in 2018, where he became teammates with Bale.

‘What Bale talked about with the coach is personal’, he said in regards to Bale’s difficult relationship with Madrid manager Zinedine Zidane.

‘I don’t know what he thought, but then they are decisions that each one makes.

‘I had a good relationship with Gareth and I wish him the best of luck this year, even if he’s not playing for the good London team. 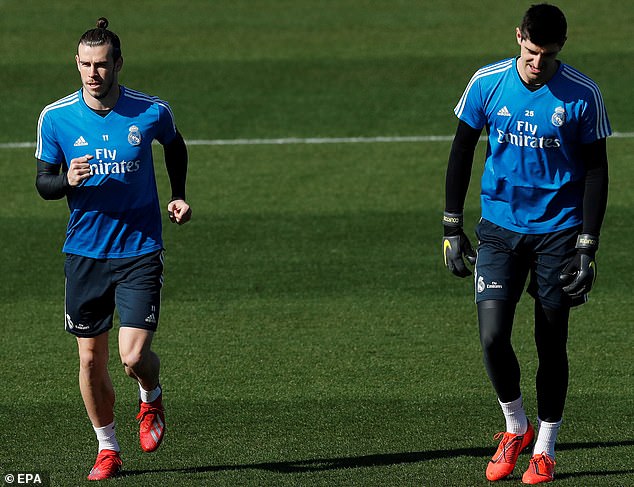 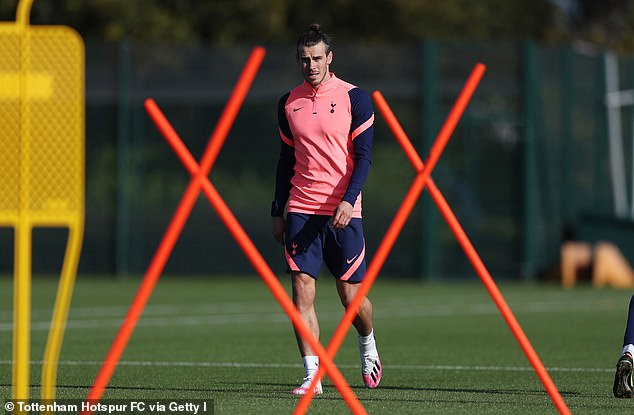 After seven long years away from the Premier League, Gareth Bale could make his second Tottenham debut against West Ham on Sunday.

Bale has looked sharp in training all week with Spurs posting some of his clinical finishes on Twitter.

The Welsh forward will be looking to recreate such form after struggling to find his feet at Real Madrid.