Thief uses VERY unusual hiding place to steal more than $2,500 worth of products from Bunnings

Thief uses a VERY unusual hiding place to steal more than $2,500 worth of products from Bunnings

A thief attempted to steal $2,500 worth of taps from a Bunnings store by hiding them in a toilet he bought from the store.

He was on bail at the time when he committed the offences in 2019, according to the Moorabbin Glen Eira Leader.

Allos’ crimes included attempting to steal $2,500 worth of taps from a Bunnings store in Mentone.

Stivin Salam Allos, 31, pleaded guilty to a string of offences such as theft, assault, criminal damages and serious driving in Moorabbin Magistrates’ Court, south-east of Melbourne, on Wednesday (stock)

He hid the taps inside the toilet before putting it back in the box and attempting to pay for it at the checkout. However, a security guard watched him and his plan was thwarted.

The most serious of Allos’ offending was on February 28, 2019, when he led police on a 180km/h chase down the Princes Highway.

He was a disqualified driver at the time.

He’d had an argument with his family when he jumped into his car and sped off to see a friend who lived in Lakes Entrance.

Allos narrowly avoiding colliding with a truck during the dangerous chase.

On March 16, 2019, he walked into a police station with drugs and a stolen card. 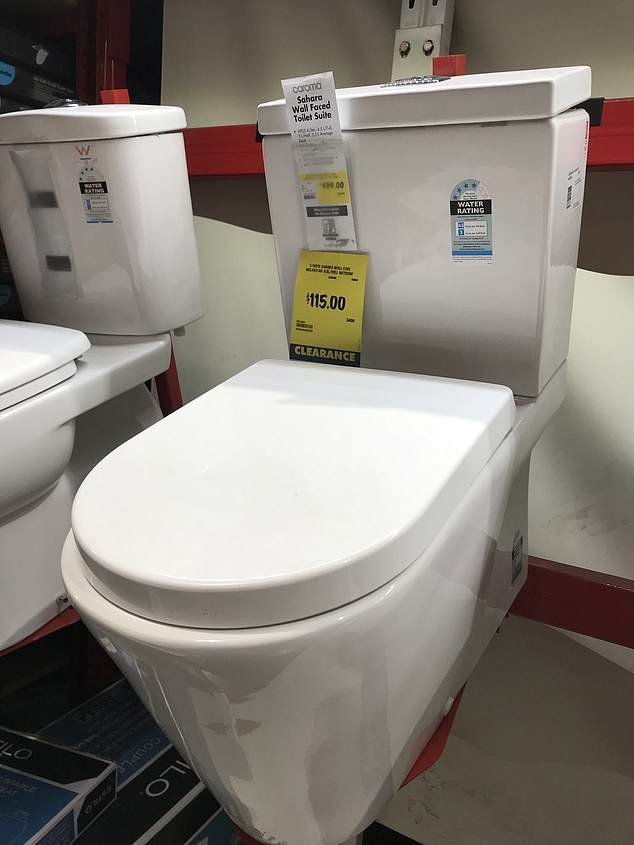 Allos’ crimes include attempting to steal $2,500 worth of tap ware from a Bunnings store in Mentone (stock)

His latest crime, on January 16, 2020, saw him grab his grandmother by the neck before smashing her home.

In court Allos’ lawyer argued her client was deemed ‘narcissistic’ in a psychological assessment and that his offending was due to drug use, which has since stopped.

She said her client was prepared to work with the corrections department in order to live a better life.

Previously he has not complied with rehabilitation orders.

Magistrate Dr Michael King said he would be sentencing Allos to prison but had not determined the particulars at this stage.

Allos will appear in court once again on May 12 to be sentenced.