Didier Deschamps was back in the Stade Louis II on Tuesday as a guest of billionaire Rybolovlev and his vice-president Vadim Vasilyev.

Deschamps launched his coaching career at Monaco in 2001 and guided them to success in the Coupe de France two years later and to the Champions League final in 2004. 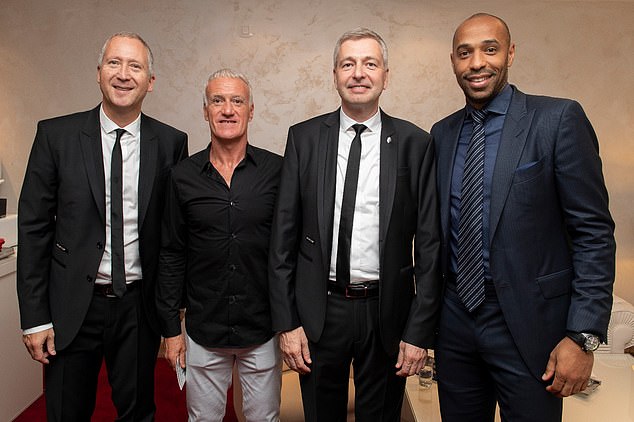 They were joined by Thierry Henry, who graduated from the club’s academy to become a world champion with France in 1998 before he secured his place as an Arsenal legend.

Henry, an assistant coach for Roberto Martinez at Belgium in the World Cup in Russia and beaten in the semi-finals by his native France, has quit his role as a pundit on Sky Sports to focus on his coaching career.

Deschamps was able to study the form of his France stars such as Antoine Griezmann, Lucas Hernandez and Thomas Lemar of Atletico, and Djibril Cisse of Monaco.

The home supporters also afforded a warm reception to Lemar who left them to join Atletico for £62million at the end of last season and came on as a second half substitute.

Sidibe was also part of the triumphant France squad in Russia, as were former Monaco favourites Benjamin Mendy of Manchester City and Kylian Mbappe of Paris Saint-Germain. 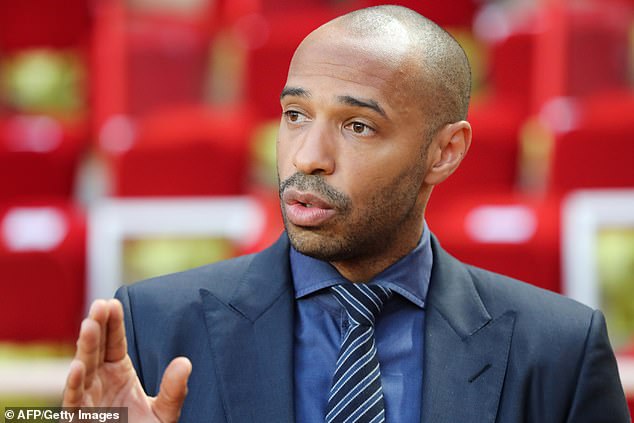 Henry was at the game to check on Monaco’s Belgians Nacer Chadli and Youri Tielemans.

Rybolovlev watched the game with Prince Albert II as Atletico came back from behind to take the points in the Principality with a 2-1 win.

Monaco struck first through Samuel Grandsir but Diego Costa levelled and Jose Gimenez headed the winning goal from a corner in stoppage time at the end of the first half. 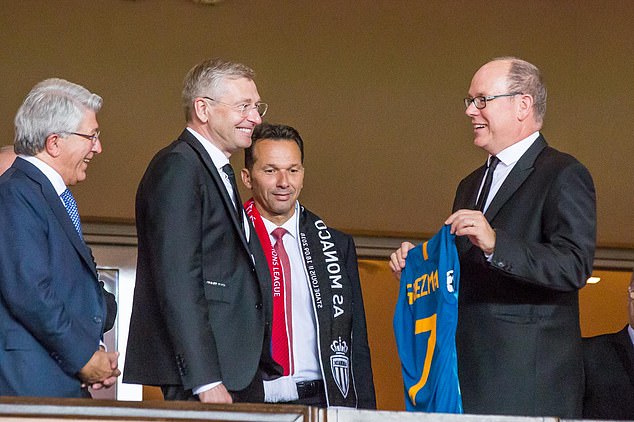