The Gunners boss substituted Aubameyang in the 79th minute, bringing on Alexandre Lacazette, with his side chasing an equaliser at Old Trafford.

And Henry – who scored 228 goals for Arsenal during his eight-year spell in North London – said he was baffled by the move on Thursday night.

‘One thing I couldn’t understand is, Aubameyang is your captain, he is your goalscorer, you put him as a captain’, he said post match on Prime Video.

‘Fifteen minutes to go, you are losing 3-2, and you take him off.

‘3-2, away from home, and you take your captain, your symbol, off the field, and you know he can score you goals.

‘So something is not right there.’ 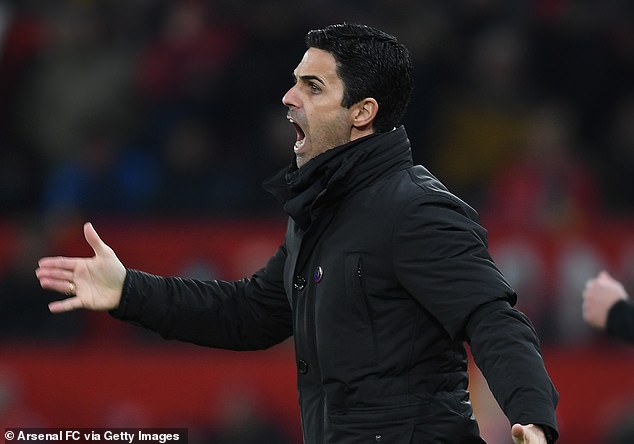 Aubameyang is the club’s top scorer this season with seven goals but has not scored in his last five appearances.

Henry added: ‘He has all the right in the world to take him off but if I’m captain, I’ll be going on the bench I’m not playing well but that shows ‘do they still trust me’.

Former Newcastle star Alan Shearer echoed the sentiments of Henry, claiming that ‘all’s not well’ between Aubameyang and Arteta.

‘He hasn’t scored in a while and didn’t look like scoring tonight but having said that I totally agree with what Thierry is saying,’ Shearer said. 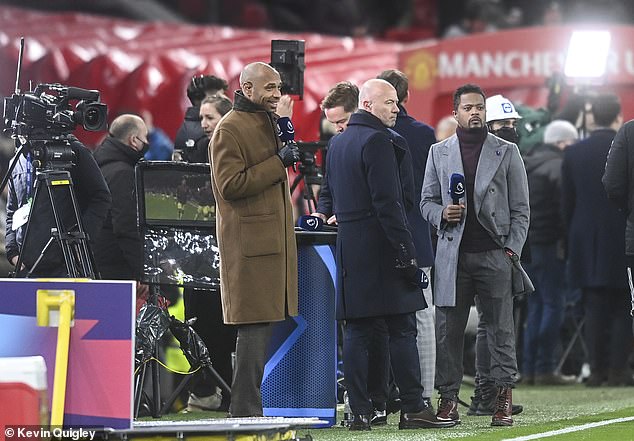 ‘He’s your go to guy, skipper, in desperate need of a goal. Think that tells you all’s not well if manager’s dragging him off with 15 minutes to go.’

Arsenal took the lead in bizarre fashion in the 13th minute when Emile Smith Rowe drilled a shot into the unguarded goal from the edge of the box with from a corner keeper David De Gea lying on the ground, clutching his foot after he was stood on by team-mate Fred.

The home side levelled through Bruno Fernandes just before half-time and Cristiano Ronaldo put United ahead in the 52nd minute with a clinical strike.

Arsenal struck back quickly through Martin Odegaard but Ronaldo scored the winner from the penalty spot after referee Martin Atkinson went to the pitchside monitor and ruled that Fred had been brought down by Odegaard.