‘How many managers are not going to trust you?’: Thierry Henry gives Christian Pulisic a BRUTAL message after the USMNT star is left on the bench in Chelsea’s win over AC Milan – and Jamie Carragher says ‘it doesn’t look good’ before the World Cup

Christian Pulisic has been given a wake-up call by Thierry Henry after being an unused substitute in Chelsea’s 3-0 Champions League win vs. AC Milan, with the Arsenal legend urging the USMNT talisman to ‘show something’ amid a rocky start to the season.

The winger has received minimal playing time this season with just one start in all competitions, though it was thought the arrival as Graham Potter as manager could open the door for the American.

That hasn’t yet been the case, as Pulisic has played just 14 total minutes since Potter’s first match against RB Salzburg and is in danger of ending up outside of yet another Chelsea manager’s preferred XI.

‘At one point you’re gonna have to bring something on the table,’ Henry said of Pulisic on CBS Sports.

‘How many managers are not going to trust you? It’s gonna have to be you at one point. So find a way.’

Pulisic has now played under three Chelsea managers – Potter, Tuchel and Frank Lampard, and has seen his number of starts dwindle each year since the latter’s first season in charge.

Pulisic has put up respectable numbers, with 25 Chelsea goals to his name in all competitions, but started just 13 Premier League games last season and was linked away from the club last summer after the arrival of Raheem Sterling. 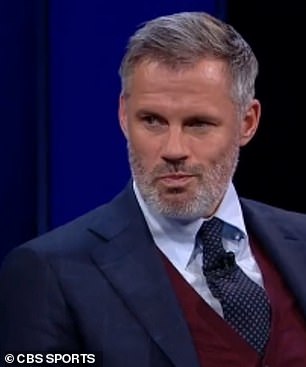 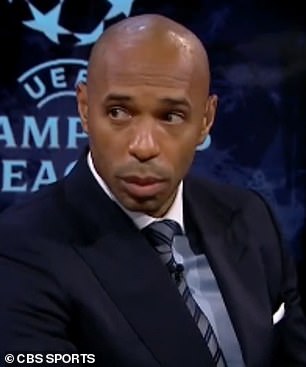 The American also recalled in his autobiography how he was ‘dumbfounded’ at Tuchel’s decision not to start him in the 2020-21 Champions League semifinal second leg vs. Real Madrid, a match that he said Tuchel told him prior he’d be starting.

And his situation has not improved under Potter yet either.

‘The manager at Chelsea changes quite a lot, and you always think, OK, you’re gonna have a chance, a new chance at proving something, he might play differently,’ Jamie Carragher said.

‘But we haven’t seen much of him already, and it’s early days for Graham Potter but Thomas Tuchel didn’t use him too much, certainly the new manager [hasn’t] in these early games. So I think it’s a little bit worrying for America in terms of the World Cup.

‘We talk in England as well about getting players up to speed for the World Cup and it doesn’t look like he’s gonna be maybe at his best, in terms of fitness-wise, energy, sharpness, rhythm.

‘There’s just so many players in those attacking positions, the most he’s gonna get is minutes coming off the bench. And I don’t know if that will be enough for him to show his best in the national team in the World Cup.’

“It is really worrying for the Americans” 😬

After another night on the sidelines for Christian Pulisic, @Carra23 and Theirry discuss Captain America with the World Cup fast approaching. pic.twitter.com/iRSWxF7J7s

Pulisic is a nailed-on starter for the USMNT in Qatar, who will face Wales in their first match before facing England and Iran.

But his spotty playing time of late has seen him linked with moves to Juventus and Milan and could mean that Gregg Berhalter’s main man is below his best during the tournament.

Pulisic has channeled his frustration to positive effect before, as he delivered a game-sealing assist to Mason Mount in that Madrid semifinal, and Henry called on him to repeat that sort of resilience on Wednesday night.

‘So at one point show us something and what you can do and maybe be fit for the World Cup for the US team. But how many managers are not going to trust you? At one point, it’s gonna have to be you, you have to show something.’