In his days as a Sky Sports pundit, Thierry Henry had a reputation as the joker – but that persona seems long gone following his step into the world of management.

With the press conference having just finished, the pair stood up to leave the room, but Badiashile forgot to tuck his chair in before going to walk out.

At the end of their press conference, Thierry Henry and Loic Badiashile stood up to leave 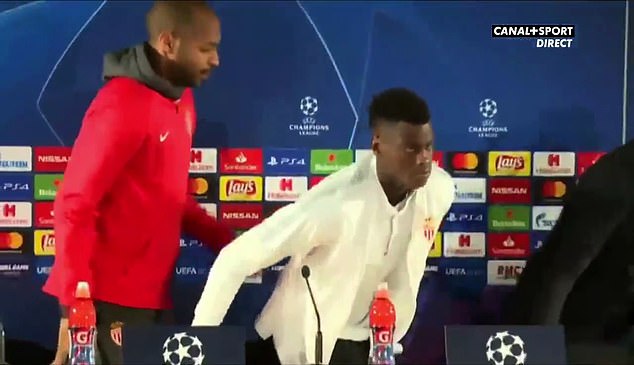 An easy mistake to make, you might think, but Henry appeared furious and glared at the young player until he returned to correct his error.

The Frenchman then stood over Badiashile while he tucked the chair in, continuing his glare while the media and television cameras watched on.

Henry was speaking ahead of his side’s Champions League clash against Borussia Dortmund on Tuesday, a game that means nothing to their season.

Perhaps the manager’s spikiness with his young player was due to the fact that Monaco are bottom of the group with a single point from five matches, meaning they have no way of qualifying for the knockout stages. 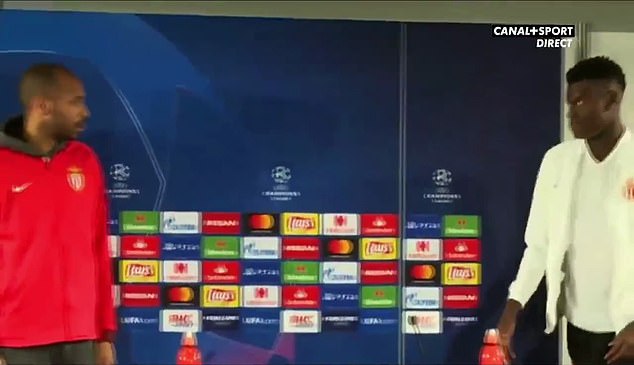 Not one to let it go, manager Henry glared at his player until he returned to correct the error 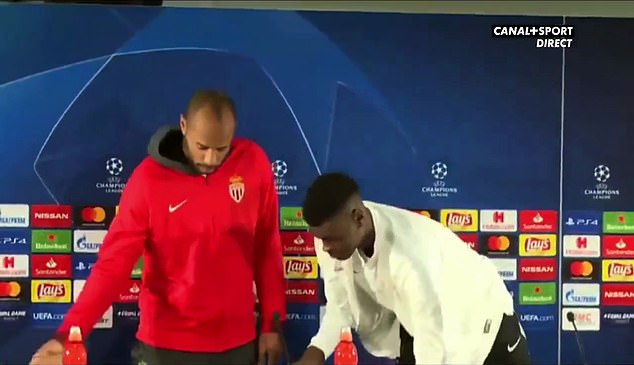 Henry then stood over the young goalkeeper while he tucked his chair in, before they left Since the Arsenal legend’s arrival at the club, the team have overturned a terrible start to give themselves a shot at escaping the relegation zone in the coming weeks.

Henry endured four defeats and two draws in his first six games in charge, but the team have since picked up two wins in their last three league games, including last time out away at relegation rivals Amiens.

The team will likely be keen to get Dortmund out of the way, so they can turn their attention solely on Ligue 1 and a game against Lyon at the weekend.

The trip north represents a tough test, with their opponents vying for a top four spot in the French top division. 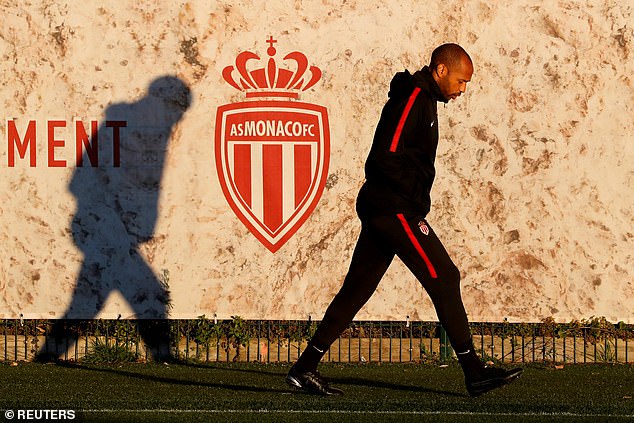 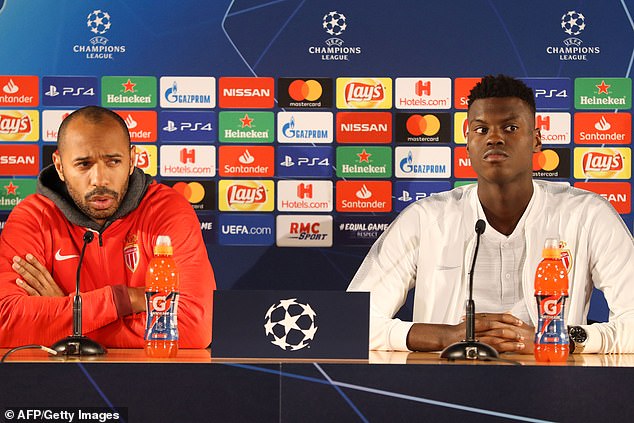 On Tuesday night, the French side face Borussia Dortmund in the Champions League