Arsenal legend Thierry Henry insists billionaire Spotify owner Daniel Ek is ‘here to stay’ despite having £1.8bn bid for the Gunners rejected by Stan Kroenke – after the pair were spotted in the stands together at the North London derby

Arsenal legend Thierry Henry has insisted Spotify founder Daniel Ek remains interested in a takeover of the club despite having a £1.8billion bid rejected earlier this year.

Henry and Ek were spotted sitting next to each other in the stands at the Emirates for the north London derby on Sunday, which Arsenal won 3-1.

The Frenchman was among a host of former players who gave their backing to a takeover of Arsenal by the Swedish billionaire in May, with many fans disillusioned at the Kroenke family’s running of the club. 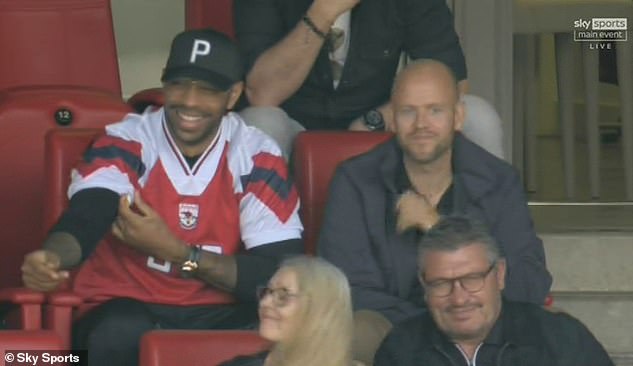 Sportsmail revealed back in June that Ek was preparing a second bid ‘north of £2bn’ and were desperate to ‘get a deal done’ after his initial offer of £1.8bn was rejected by under-fire Gunners owner Stan Kroenke.

Henry, speaking on Sky Sports ahead of Crystal Palace’s clash with Brighton, said: ‘To be able to get there you need to have someone to respond on the other side.

‘He, we, is here to stay. There is no dialogue at the moment.

‘I think it’s going to be long, but we are here to stay.’ 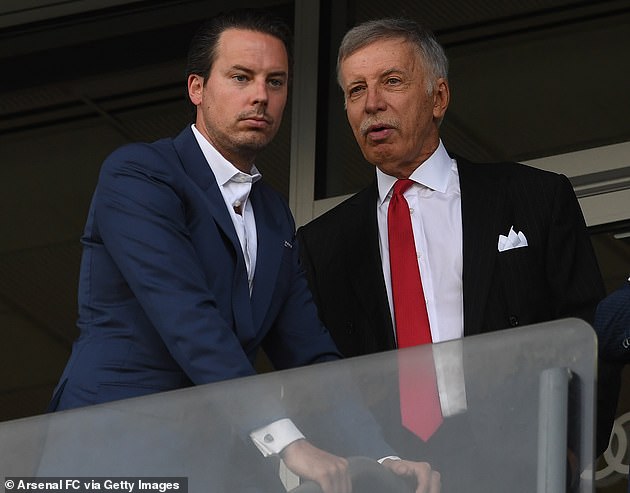 Ek previously claimed that under-fire Gunners owner Kroenke had told him that his family ‘didn’t need the money’ when he tried to buy the club last time.

However, sources close to the Ek camp disclosed that a second bid ‘north of £2bn’ is being readied and that they ‘are not going anywhere and want to get a deal done’. Club insiders have admitted they are waiting for a second offer.

However, according to The Mirror, Kroenke’s position has not changed and he will still not entertain any second offer to buy the Premier League giants.

Spotify founder Ek, 38, launched his bid amid a backdrop of furious protests at the American owners in the wake of their interest in joining the now doomed European Super League.

Ek took his interest public and outlined his vision for the future of the club, that included fan ownership, representation at board level and a golden share for supporters.

Henry and his former team-mates and fellow club legends Patrick Vieira and Dennis Bergkamp all publicly voiced their support for Ek after his interest was revealed – but the Spotify boss has a long way to go in trying to convince Kroenke to sell.

Kroenke, 73, who assumed full control in 2018, appears adamant to stay put despite being very unpopular with large sections of the club’s support. His son, Josh, is a director at the club and a key figure in day-to-day-operations. 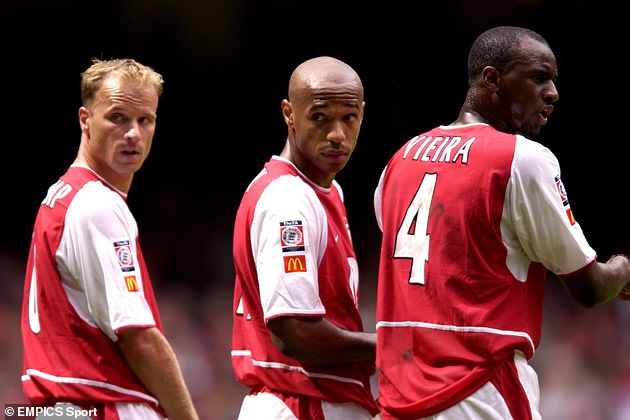