‘Power is not always the answer’: Thierry Henry says Marcus Rashford ‘could have done better’ after wasting two chances against Tottenham – as he tells Manchester United forward to ‘freeze’ the goalkeeper and ‘place’ the ball for greater success

Thierry Henry believes the reason Marcus Rashford failed to get on the scoresheet against Tottenham on Wednesday night was that he too often opts for power over ‘finesse’.

The Arsenal and France legend analysed the United forward’s display, advising the 24-year-old to try and ‘freeze’ the goalkeeper when bearing down on goal.

Rashford has top-scored for United this season with five in all competitions, but Henry believes he has work to do on his finishing after squandering two golden opportunities on Wednesday evening. 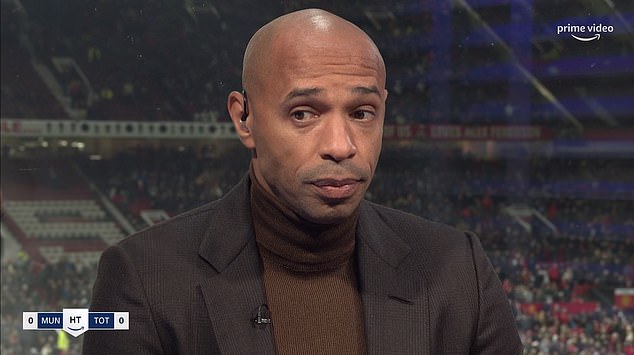 The Gunners icon told Amazon Prime: ‘He could have done better.

‘This is what I say, when this ball is coming to you, have a look at the goalkeeper to freeze him.

‘Strikers don’t do that often, the ball is coming to you, you know it, you have look at the goalkeeper to freeze him and he never looked.

‘What you do normally, he just fires low and across. Power is not always the answer.’

Rashford was twice played in behind the Spurs defence in a dangerous position, but twice Hugo Lloris stood firm to deny the forward, whose efforts were close to the French goalkeeper making it easy to block them.

He was found by Fred in a promising position and his touch took him past the back three of Tottenham, but rather than go for placement, Rashford tried to power the ball back across Lloris into the bottom left corner.

And in the second half the England man – who was otherwise impressive going forward for the Red Devils – cut inside his man before looking to curl the ball into the far corner. 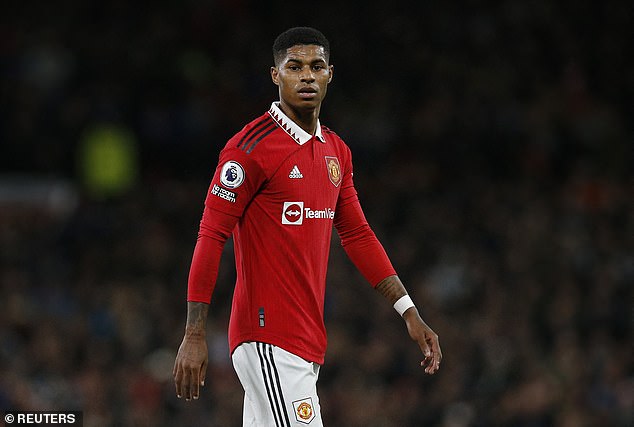 However, again his finish was lacking a precise and controlled touch, and instead excess power saw it fly straight at the World Cup winning goalkeeper.

And Henry also had advice for the 24-year-old for his second failed attempt on goal, adding: ‘You open the ball up, just finish it,’ Henry said. ‘Place it down here. Why hard?

‘Side foot, goal, see you later. But it was right at him [the goalkeeper]. But great save from Hugo.’

After a quiet couple of seasons with just 15 league goals in his last two campaigns, Rashford has started the season brightly and is sure to be in the conversation for Gareth Southgate’s squad for next month’s World Cup in Qatar. 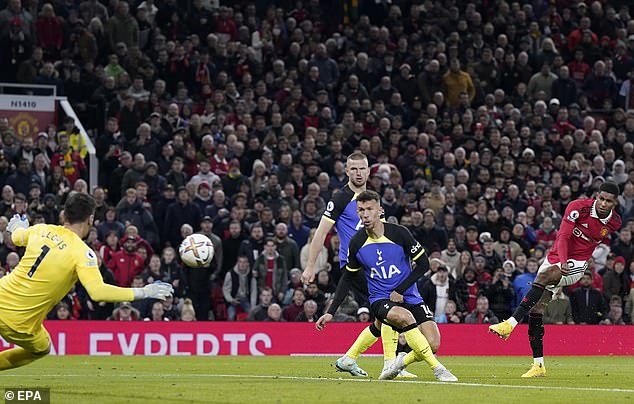