Police are searching for a pair of thieves who were caught on camera stealing two television sets from from outside a home in Indianapolis.

Surveillance video captures the opportunists taking the massive TVs just after 6:40pm on Friday, shortly after they were dropped off by an Amazon driver and left on the doorstep.

It was an easy score for the thieves as the sets had simply been left at the side of the house in their original packaging, which clearly displayed their contents. 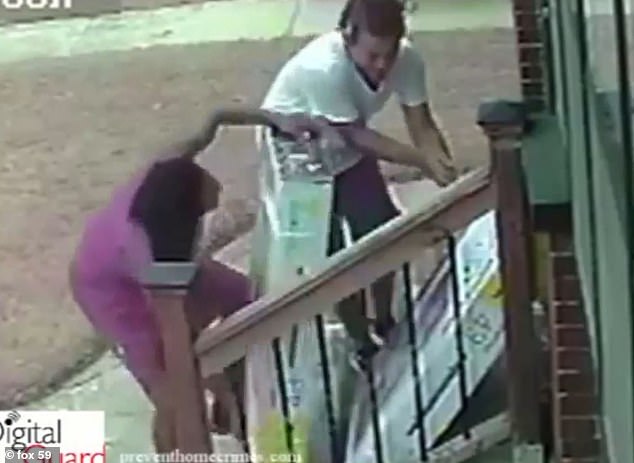 Within an hour of the delivery, two thieves came and took the sets away

The homeowner told Fox59 that Amazon had dropped off the pair of TVs but they were stolen within an hour of being delivered.

Surveillance video appears to show the men taking the TVs right off the porch and running away as neighbors looked on.

‘My neighbor called me and said, “Someone just ran off with your televisions,”‘ said the victim Dwayne Abernathy.

Abernathy runs a security company and was going to use the televisions at his local church. 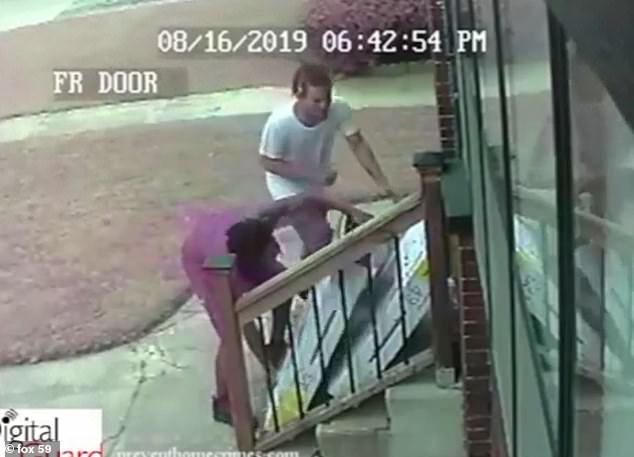 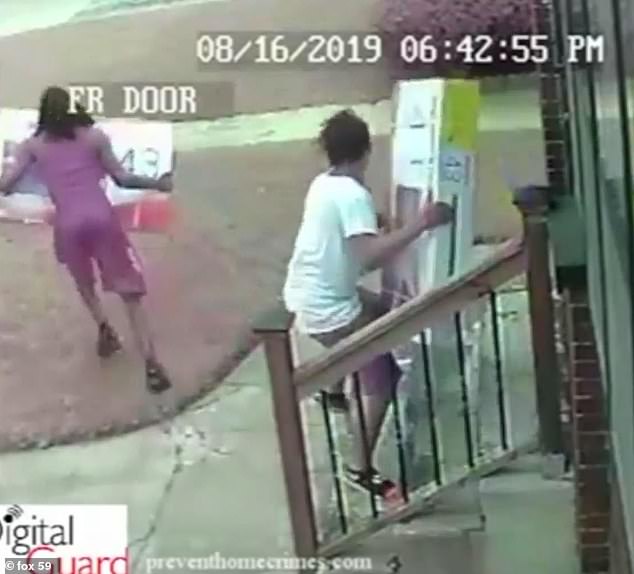 He says he is frustrated there was no attempt by Amazon to disguise the contents of the boxes.

‘On Amazon there should be a big old box that you can’t miss that says you can’t buy this without signing for it. Outside of that it’s like buyer beware,’ said Abernathy. ‘Nothing is safe. These guys will come and steal stuff and have no concern for anybody in the neighborhood or anything.’

Amazon has said that because the electronics were shipped from a third party seller, they came inside their original boxes and not in a plain brown Amazon box. 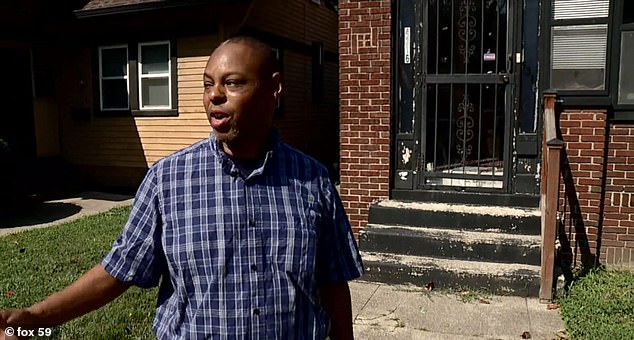 Dwayne Abernathy received a call to tell him that someone had stolen his televisions. He says he is frustrated that there was no attempt by Amazon to disguise the contents of the boxes

‘You know how people do a yard sale and whatever’s left over they put on the curb and put a free sign on there? That’s what they should have done with the televisions, set them on the curb and say free, because they just came up and just took them,’ said Abernathy who was clearly annoyed at the brazen theft.

Amazon has defended their selling practices by suggesting Abernathy, as a customer, could have done a number of things to keep his packages safe including scheduling the deliver of the expensive goods for a time when he would be home, or even have them dropped off at a different location.

Fortunately, Abernathy was able to get a refund for the stolen items.

Anyone with information on the suspects seen in the surveillance video can contact Crime Stoppers at 317-262-TIPS.