Kai Havertz has admitted it has been ‘tough’ adjusting to his first season in English football, but underlined his positivity for the future.

The 21-year-old moved to Stamford Bridge from Bayer Leverkusen for £71million on a sizeable five-year deal in September 2020, the most expensive player in the club’s summer spending spree and Chelsea’s second biggest transfer of all time.

However the attacking midfielder initially struggled with injuries, testing positive for Covid-19 and being played in numerous positions, but recently had more success in a central false nine position, recording two assists against Everton on March 8.

He said following Germany’s 1-0 win against Romania: ‘It’s been a tough season. I know things haven’t been going smoothly. But that’s normal when you first go abroad. It takes half a year or longer to adjust.

‘Things are going well right now so I don’t want to overthink those negative impressions from the past. I am positive and hope the next weeks will be every bit as good.’

The 12-cap German has scored five goals and contributed seven assists in his 32 matches in all competitions so far, but has failed to impress on a consistent basis, although he is getting more of a chance under new boss Thomas Tuchel. 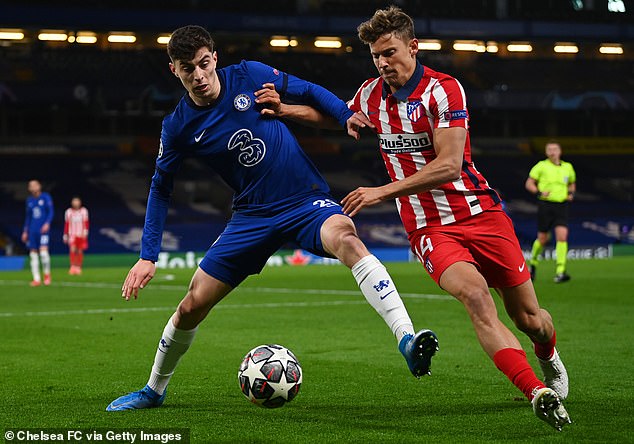 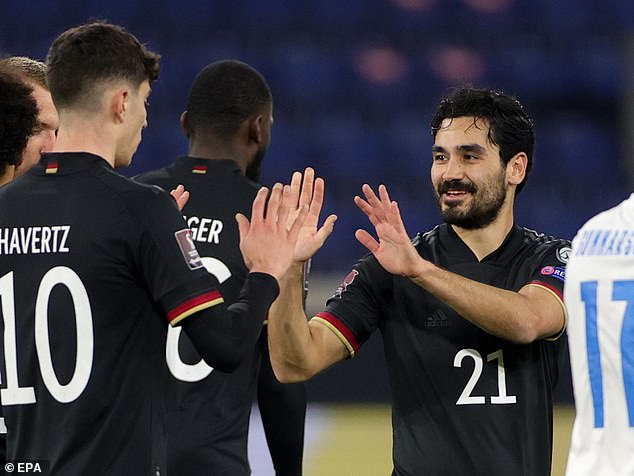 The German has shown better form for his country, scoring in Thursday’s 3-0 win vs Iceland 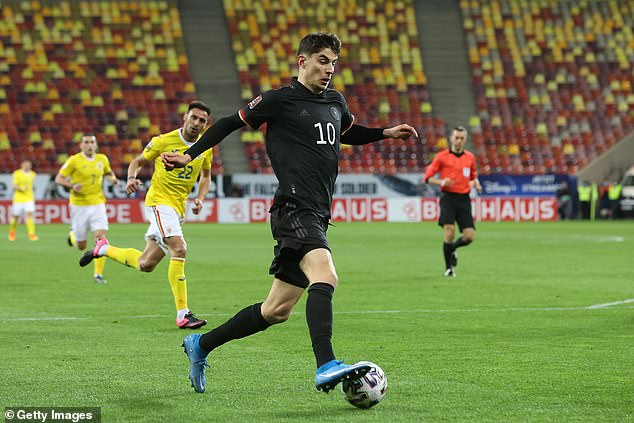 With fellow new signing Timo Werner often preferred out wide and Tammy Abraham seemingly out of favour, Havertz could be a regular option up front for the Blues as they look to challenge in the Champions League and the FA Cup.

However, he has been in fine form for Germany, scoring in last Thursday’s 3-0 win against Iceland – their first match since the 6-0 humbling against Spain in November – and playing in Sunday’s 1-0 World Cup qualifying victory against Romania.

Havertz will also hope to play against North Macedonia on Wednesday before hosting West Bromwich Albion and travelling to Porto in the Champions League with his club in the week after that.