Only two-thirds of young people describe themselves as heterosexual, a survey reveals.

The remaining third of those aged 16 to 22 say they are attracted to those of the same sex at least some of the time, although nearly half of these – 14 per cent – say they are ‘mostly’ heterosexual.

That contrasts with 88 per cent of baby boomers – people in their 50s and 60s – who say they are heterosexual and 6 per cent who are mostly so.

The stark generational shift in how people view their sexuality emerged in research carried out for the BBC by pollsters Ipsos Mori.

When asked if they were equally attracted to both sexes, 9 per cent of 16 to 22-year-olds said yes, compared with only 1 per cent of baby boomers.

They said people their age may be more comfortable than older generations with labelling themselves gay or bisexual.

One girl said: ‘Our generation genuinely just does not care. They don’t see couples and go, “That’s a straight couple, that’s a gay couple”. They just think, “That’s a couple, those two people are in love and it doesn’t matter”.’

A boy added: ‘No one cares. You just want to be who you are. If someone is happy, who cares?’

Around 10 per cent of Generation Z said prejudice towards gay, bisexual and trans people was important, compared with just 1 per cent of baby boomers. 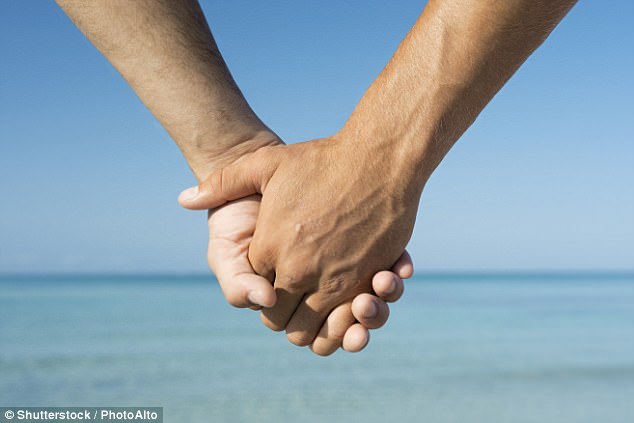