This artist has created an elaborate headpiece using Coles collectibles

And as an added touch of drama, the show-stopping creation has been topped off with two tiny baskets and a dramatic collar fashioned from plastic bags.

The sensational work was created by Melbourne-based drag queen Art Simone – a performer who holds the prestigious title of 2018 Melbourne Drag Performer of the Year.

‘I’m quite known for making fabulous headpieces and hats out of unconventional objects (sponges, toys, food, hair sculptures) so as soon as I saw Coles releasing the collectables I started to imagine a fabulous headpiece!’ Ms Simone told FEMAIL. 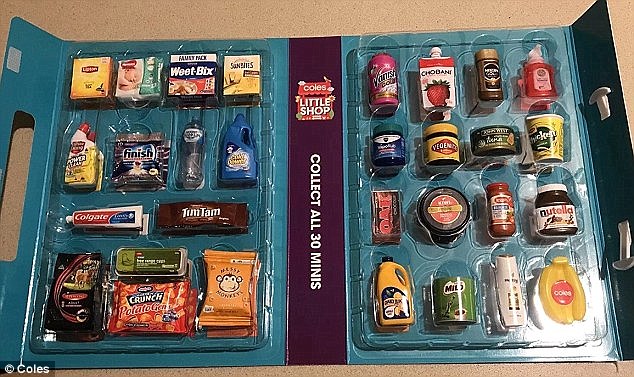 In order to make sure she had enough ‘collectables’ to make her artwork, the award-winning drag artist put the call out to her fans and friends who had been collecting for the past few weeks.

Ms Simone said the response had been incredible, with people bringing the minis to her drag shows and posting them in from across Australia.

And although it took her weeks to assemble everything she needed to realise her vision, the breath-taking headpiece was only a day in the making.

‘The idea is to have a full outfit with them as well, but I couldn’t wait any longer as I wanted to start to create! (I’m still collecting to fully realise my vision of a full fabulous frock!)

‘It’s quite wonderful,’ she said of the end result.

‘I’m calling it “the people’s headpiece” as it united so many people across Australia to help me piece it together!’ 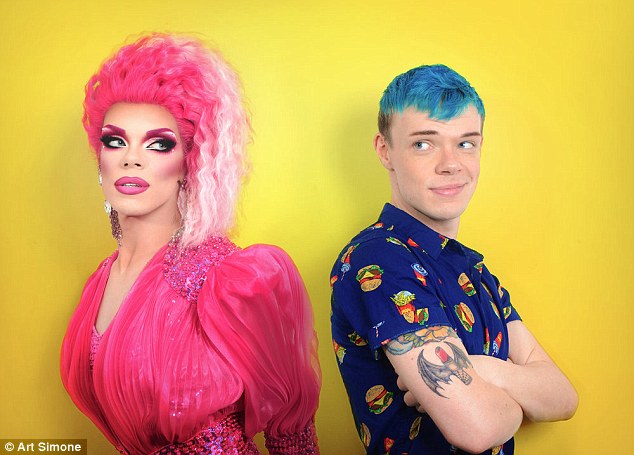 And as to be expected, the image has whipped social media into a frenzy with nearly 10,000 people liking the photo at the time of writing.

Streams of stunned fans have called Ms Simone’s work ‘amazing’ and many more have left comments praising her for her efforts.

One person wrote: ‘Best use of these things I’ve seen. You are extraordinary.’

‘It is literally the best! Can’t believe you didn’t start until Tuesday! Another chimed in. 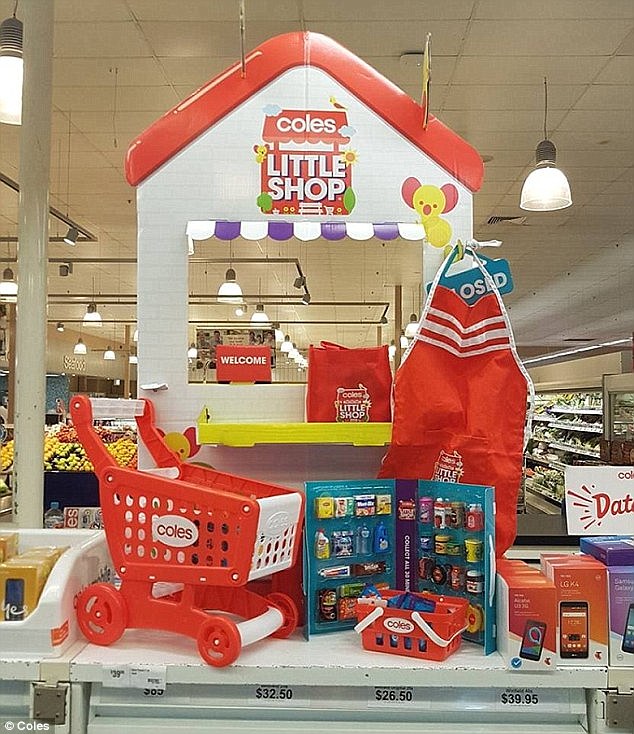 It featured 30 household brands – including Vegemite, Nutella and Weet-Bix – all shrunk down into perfect miniature replicas.

Customers were given the option to receive a mini collectable at the check-out for every $30 they spend on groceries with the supermarket chain.