This Brexit deal isn’t perfect but we WILL take control of our borders, writes JEREMY HUNT

One of Britain’s greatest strengths is our instinct for practical politics. Instead of pursuing visions of perfection, we value what works.

Extracting ourselves from the European Union while maintaining our friendship with its members amounts to one of the most complicated tasks imaginable.

I believe that the Declaration on our future relationship with the EU, agreed by the Government and the European Commission this week, stands in the best traditions of British pragmatism and ambition.

We have not got everything we wanted and nor have they: Countless hours of painstaking negotiation have inevitably produced compromises on both sides.

Yet if anyone still questions the resolve of this Government or this Prime Minister to honour the result of the Brexit referendum, then the Declaration should lay those doubts to rest.

In the words of paragraph 4, our new relationship with the EU after Brexit will be based on ‘respecting the result of the 2016 referendum’ and the ‘sovereignty of the United Kingdom’. The British people voted to take back control of our borders, laws and money – and this Declaration fulfils those instructions, while also striking the balance that will protect jobs and the integrity of our United Kingdom.

The automatic right of any EU citizen to live and work in the UK will come to an end. We will be able to admit people with the skills to contribute to our economy, regardless of their national background.

There is no need to worry about holidays or routine trips. The Declaration preserves visa-free travel across the EU for short-term visits. And the rights of EU citizens living in the UK and of Britons residing in the EU are fully protected.

The Declaration will end the jurisdiction of the European Court of Justice in the UK. Our laws will be made in our Parliament and interpreted by our courts. Britain will stop making vast annual payments to the EU, allowing us to exercise full control over public-spending priorities. This Government’s priority back home is the NHS. By 2023, we will be investing an extra £394million in the NHS every week. Having campaigned hard for this money, now we must ensure it is delivered.

We have agreed to create a free-trade area with the EU without tariffs, quotas or charges, and Britain will regain the ability to seek free-trade deals around the world, a power we have not had since we joined the Common Market in 1973. The Declaration recognises how the UK will now develop an ‘independent trade policy’. 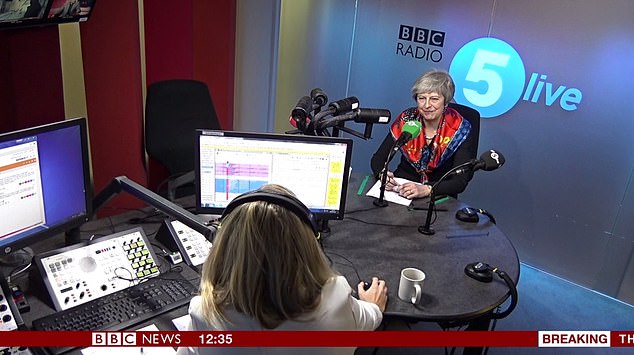 In a BBC phone in today, Mrs May warned that EU is not ‘going to give us a better deal’ if MPs vote down her settlement

It also makes clear that in foreign policy and security, we will continue to ‘combine efforts’ with the EU. But the reason why the course set by the Prime Minister is the best one for Britain does not just depend on the precise wording of the Declaration. It depends on our national duty, at this crucial moment, to keep our eyes on the main prize.

Just over two years ago, 17.4million people voted to leave the EU, more than for any other cause or party in British history.

If Parliament were to reject the Declaration and the proposed Withdrawal Agreement, this would open the door for those who wish to derail Brexit and overturn the result of the referendum. 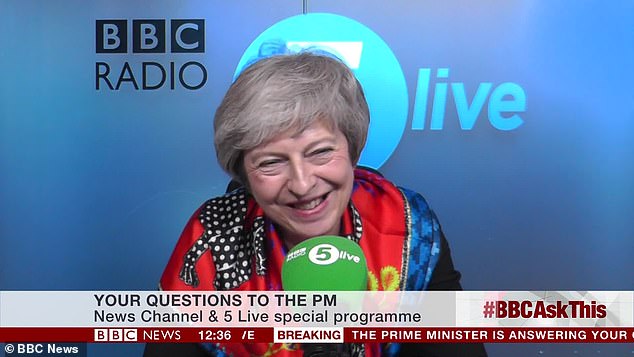 The Prime Minister today mounted another staunch defence of the settlement she has thrashed out with Brussels, saying it is the ‘right’ one for the country

Already we hear demands for the British people to be made to rerun the debate and vote again. Meanwhile, Jeremy Corbyn’s Labour just play politics – standing both for and against a second referendum, saying one thing to Leave voters and quite another to Remainers.

As it happens, I voted to stay in the EU, but I respect the outcome and I believe in the democratic imperative of honouring the decision of the British people.

Today, the choice is not between this Declaration and a perfect agreement. The real choice is between the terms secured by the Prime Minister in the national interest or the danger of going back to square one and Brexit not happening at all. This would deal a profoundly damaging blow to British democracy.

Now that the crucial hour is upon us, the country should get behind her.