Chicago is back. But then it feels like it hardly ever went away. This revival closed in 2012 after a marathon 15-year run.

People, it seems, can’t get enough of this story, set in Twenties Chicago – a happy tale of (as the prologue puts it) ‘murder, greed, corruption, violence, exploitation, adultery and treachery’.

That list of sins has always been the key to the success of the piece. The brazen cynicism, its justified assertion that the American legal system is a branch of showbiz, its abundant cleavage and semi-nude male chorus… they all give Kander and Ebb’s 1975 show its naughty, adult allure. 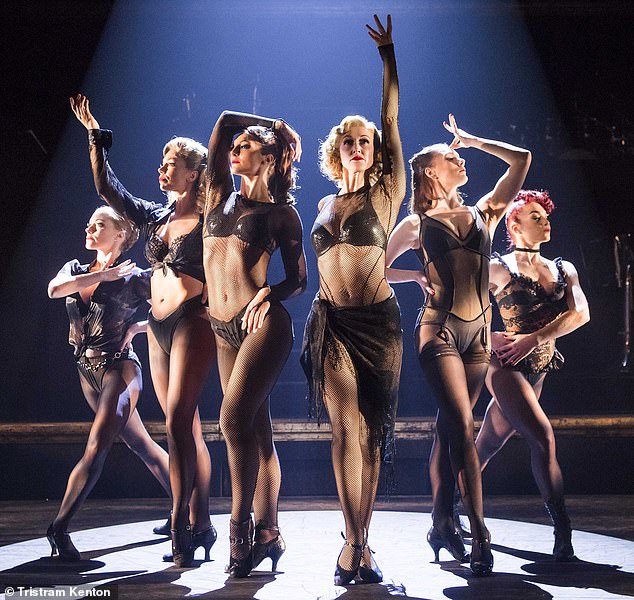 Chicago is back. But then it feels like it hardly ever went away. This revival closed in 2012 after a marathon 15-year run. People, it seems, can’t get enough of this story

The story concerns Roxie and Velma, two small-time showgirls who have both bumped off their men. What they need now is getting off, plus a career boost.

For his services he boasts that things might have gone differently for Jesus Christ. Gooding oozes all-purpose geniality but there’s nothing terribly oily about him. 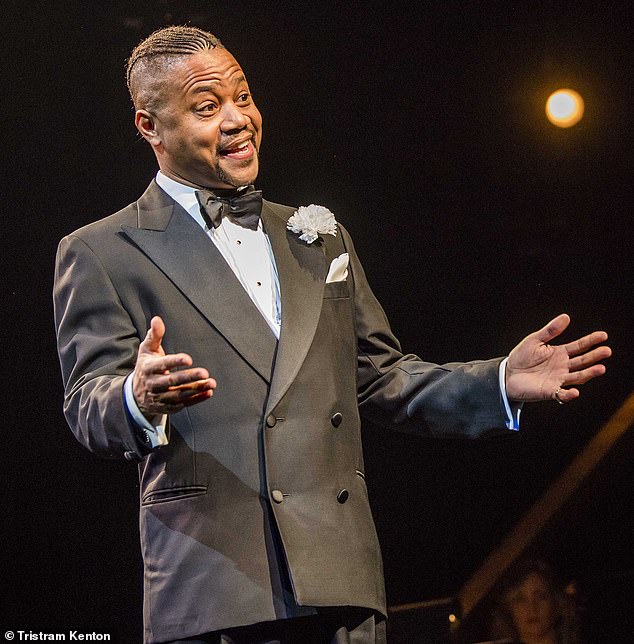 In this production, the ineffably charming Cuba Gooding (above) oozes all-purpose geniality as shyster lawyer Billy Flynn, but there’s nothing terribly oily about him

Josefina Gabrielle makes for a vampish Velma, though frankly once you’ve seen the sultry, leggy Ute Lemper in the part, no one else will do.

Sarah Soetaert, a feisty little Belgian, plays Roxie in a vast, permed haystack of a wig – a cross between Ginger Rogers and Lucille Ball.

She’s under the thumb of the prison mama-boss (Ruthie Henshall in fine voice, another veteran of the show). 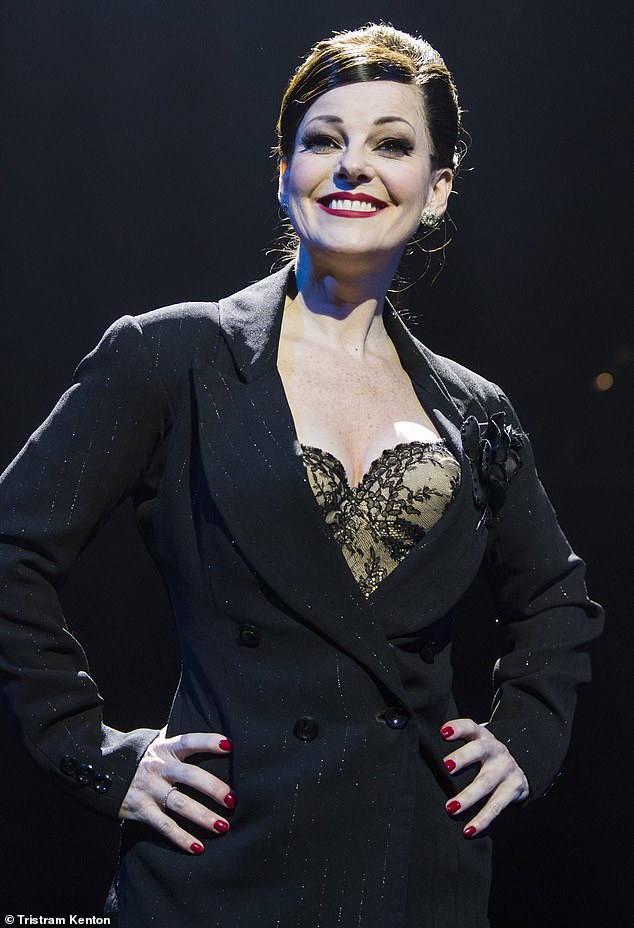 In Cell Block Tango the company gives it ‘the old razzle-dazzle’ and the dozen-strong band, dominating the entire stage, remains central to the show’s freewheeling, stand-up-trombone, vaudeville-style.

But for a musical that makes a virtue out of cynicism, one’s own isn’t allayed.

Cash machine it may continue to be, but this Walter Bobbie production offers nothing to alter my view that this once-great production should be kissed goodbye rather than welcomed back.

The Way Of The World

Restoration comedies can be all fops, frills and flummery, but James Macdonald’s new production of Congreve’s 1700 play is precise, cool and clinical.

It takes its cue from the complex plot of double-dealing, characters professing to hate/love another and particularly the monetary obsession driving it all.

There’s a touch of Much Ado’s Beatrice and Benedick in the gradual coming together of Mirabell and Millamant, even of Les Liaisons Dangereuses in the hint of violence of the duplicitous cad Fainall towards Mrs Marwood.

Justine Mitchell as Millamant gives an entertaining if slightly modern reading in intonation and facial gesture. Geoffrey Streatfeild’s Mirabell, though, is decent but a tad dull. There’s a touch of Les Liaisons Dangereuses in the hint of violence of the cad Fainall towards Mrs Marwood (Jenny Jules, above) but overall this production of Congreve’s play is slightly flat

The plum role is the age-obsessed harpie Lady Wishfort (the always excellent Haydn Gwynne), peering into a mirror and wailing ‘I look like an old peeled wall!’, resembling one of those frilly-doll loo-roll covers and wrestling ineffectually with a chaise longue.

Praise, too, in the comedy stakes, for Fisayo Akinade’s superficial man-about-town Witwoud, who has the spark that, for me, is missing in much of this slightly flat production.