This is Harriet | Daily Mail Online

If a man dumps you because he says you look like a whale’, you’ve had a lucky escape. If you’re on first-name terms with the pizza delivery guy, a food rethink is in order. And if you have a loyal friend for support, you can do anything you put your mind to. This is what teacher Harriet Bellamy learned on her weight-loss journey…

Sitting on the train heading back from London to Durham University, I was in floods of tears. Other passengers kept glancing over, some even asking me if I was all right. But there was only one person I wanted to speak to – my best friend, Charlotte.

I’d just been dumped by my boyfriend of three months while on a weekend break to the capital. He’d told me that although he liked me ‘as a person’, some of his friends had made comments about my looks and he had decided that he didn’t want to be seen with me. He even said I looked like ‘a whale’. I was heartbroken and rang Charlotte for a shoulder to cry on.

She had some rather choice words about him, which made me smile, but she also said something that remains with me even now. He couldn’t change who he was on the inside, but if I was unhappy with how I looked on the outside then that was something I could change. She was right. It was then that we made a promise to each other that we would lose weight together.

I hadn’t always been overweight. My problem started when I was 13 and moved from Somerset to Scarborough because my father had a new job. It was a really hard transition for me. I was just going through that insecure teenage phase and here I was in a new town and a new school where the kids were cliquey and I didn’t know anyone. Over those weeks, my relationship with food completely changed. I remember sobbing to my teacher, saying that nobody would sit next to me, and when I got home in the 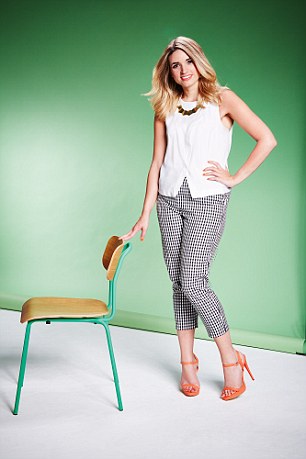 afternoon I’d eat for comfort or out of boredom – my favourites were Jaffa Cakes or thick white toast smothered in butter. I put on a stone in the first six months.

Thankfully, school improved but I’d fallen into bad habits and the weight piled on. Shopping trips with friends were a nightmare. I’d rarely go into the changing room, but would always be the one fetching clothes for others to try. On one particularly excruciating day when I was 17, I was trying jeans on in a shop and my friends kept having to get bigger sizes for me. I overheard one of the assistants say: ‘Is your friend going to buy anything because I don’t think we’ve got anything in her size.’ I was mortified and ended up buying a pair of size 18s that didn’t fit just to prove a point. While my friends all bought themselves skinny jeans and tight tops, I’d buy jewellery. I lived in jeans that were always too tight for me and big hoodies – usually my dad’s. They covered up everything. Meanwhile, boys never took an interest in me.

‘WE NEVER DISCUSSED OUR WEIGHT’

I went to university at 19 and met Charlotte during the first week. While I was 4st overweight and insecure and unhappy, there was Charlotte, who was also overweight but didn’t seem to care. She was confident, friendly and made me laugh. We hit it off immediately.

Much of our early friendship focused on food. We’d spend time chatting in each other’s rooms and I’d always bring something to eat. If we were up late studying, we’d order a pizza. The delivery guy knew our names by the end of that first term.

We ate a lot and drank a lot – usually cider or wine – and were definitely the ‘fat friends’ on nights out. While I’m not aware that anyone ever called us names, I was constantly aware of how ‘different’ we were to the other, slimmer girls. I didn’t feel like I fitted in. Again, boys never took an interest and Charlotte joked that we were developing ‘our personalities’ rather than our looks at that stage.

We never discussed our weight at first. It didn’t seem to matter and as Charlotte was so confident, I didn’t think it bothered her. I got the feeling that if I ever mentioned diets, she’d tell me to stop being ridiculous.

The first hint that she might be as insecure as me was when she started some weird crash diet, cutting out carbs and then fats. Then she tried a juice diet. That’s when I admitted that my weight was getting me down. I was fed up with wearing the same baggy cardigan and trousers on nights out while other girls could wear whatever they wanted. Although I had a lovely group of friends, I felt anxious about social events. I was miserable and unhealthy – I remember walking uphill to the library and having to concentrate on talking to my friends because I was so out of breath. To my amazement, Charlotte admitted she felt the same. We both tried silly diets but nothing worked.

The turning point was my heart being broken by that boyfriend who dumped me in London. I’d started seeing him mainly because I was grateful that someone had taken an interest in me, but I let him treat me really badly. 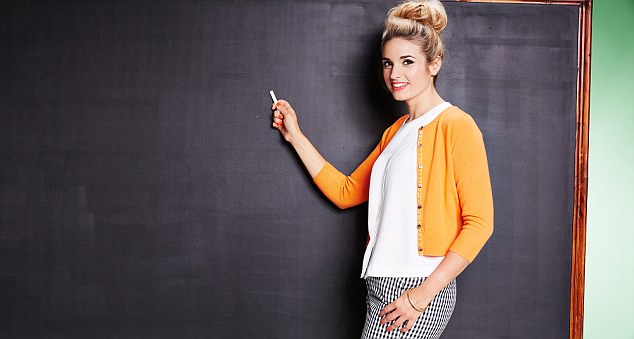 One night, I went onto his laptop to watch a film and saw a message from another girl he was clearly flirting with. I never called him on it or challenged his behaviour. Looking back, that’s what I find upsetting – I had so little self-respect that I let him get away with it.

But it was a few weeks later when we were in London that he dumped me and that’s when I rang Charlotte in pieces. Through the sobs, I asked her if she would help me to lose weight.

The following week, we joined Weight Watchers together. That first meeting was inspiring and it was great to have Charlotte there for moral support. When I stepped on the scales, I had no concept of how much I weighed – I gasped in shock. We went straight back to my house and excitedly chatted about the changes we could make and how we could help each other. Portion sizes were my big problem. I couldn’t believe how much I had been eating.

Charlotte and I agreed that we would cook meals together, either at her house or mine. We also signed up to a gym together. Before we joined forces, I used to find the gym quite a lonely and intimidating place. Now it was somewhere I could go to catch up with my best friend.

In that first week, we were both amazed that I had lost 4lb and Charlotte had lost 5lb. Neither of us had felt as if we had denied ourselves food. Soon afterwards, we both signed up for the 5k Race For Life. I’ll never forget crossing the finish line holding hands with Charlotte just five months after joining Weight Watchers.

Although I have leaned on Charlotte a lot, it’s not all been one way. I’ve been there to offer her lots of cuddles and support, too. She took an opportunity to travel to Russia for a year and while she was away, she put on 1st. When she returned, she was caught in a downward spiral so we found a Weight Watchers meeting we could both fit around work and went again, together.

Losing weight has changed my outlook. It’s given me the confidence to go into teaching, something I don’t think I’d ever have done if I’d been overweight. I have a busy social life, I love shopping for clothes and I’ve had a few boyfriends, too.

Charlotte and I continue to go to our meetings every Saturday, where we help out with the shop and weighing other members. It was Charlotte’s idea to volunteer as it means we can’t miss a week. We love catching up with each other and with all the new friends we’ve made.

When I reached my goal weight, I was quite emotional. Charlotte was there, and took lots of photographs of my special moment. When I talked about my weight-loss journey to the rest of the group I got choked up because I’d told myself I would always be fat. Charlotte’s always been the one who said I could change – and I have.

Now Charlotte has a little weight to lose before she gets to goal, while I’m trying to maintain, which takes a different kind of willpower. Losing weight can be lonely and I’ve been incredibly lucky to have such a fantastic friend by my side.

Sign up for FREE when you buy a 3 month plan >