‘This is what ends relationships!’ Is YOUR partner guilty of weaponised incompetence?

‘This is what ends relationships!’ Women on TikTok vent their fury at men who use #weaponized incompetence by ‘playing the clueless card’ to avoid domestic chores and childcare

Women who say their partners pretend to be clueless about domestic chores, cooking meals and caring for their children have been venting their fury on social media.

The hashtag #weaponizedincompetence, which first emerged in the mid noughties, has gathered fresh momentum on TikTok as women post videos showing how their male partners pretend to be hopeless when it comes to helping out at home.

One video posted by @adamxmelinda, sees a woman writing a detailed plan for her partner ahead of a supermarket visit, and includes photos of grocery items to help him. She captions it: ‘When I have to send my husband to the store.’

It’s had almost 3 million views and left many exasperated at the effort required by the woman to get food shopping without doing it herself.

Playing dumb? A TikTok video by @leighbeez sees her outline in detail a shopping map for her male partner – including photos of products to help him. Videos tagged with the hashtag #weaponizedincompetence have grown in popularity as exasperated partners have vented about their men saying they don’t know how to do domestic chores 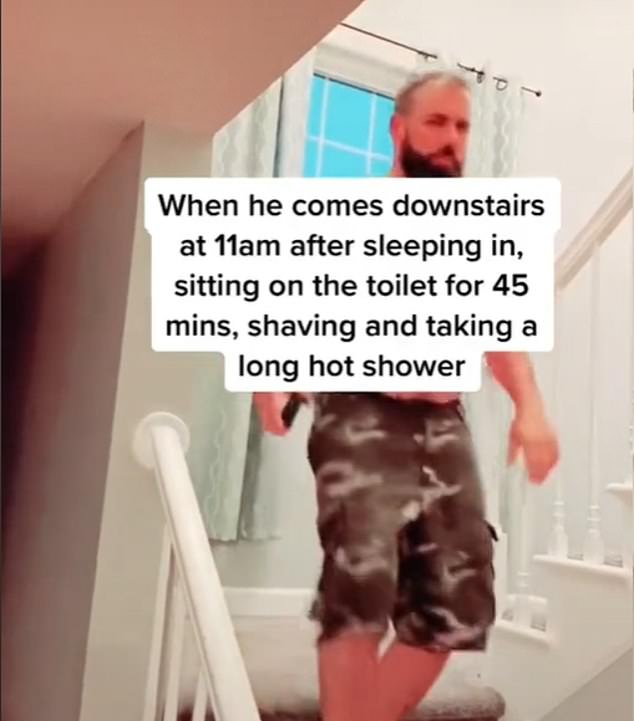 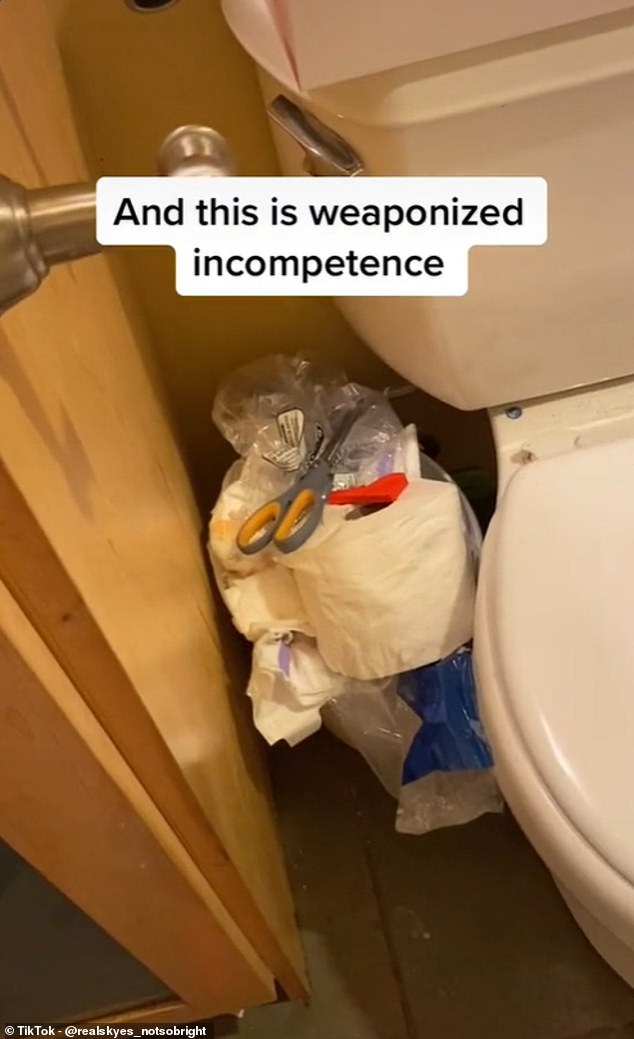 A video tour of a bathroom where the floor is covered in toys, the sink full of dyed water and the pedal bin overflowing has no commentary, just the hashtag #weaponizedincompetence

Another video, posted by @thatdarchat, berates a father who tries to hand back a crying baby as soon as his partner emerges from the shower and has had 5.7million views.

One commenter posted: ‘He’s not a dad. He’s another baby’ while another added: ‘Literally what is the point of a male partner who cannot and will not parent their own child? I’d rather be a single mom.’

The video’s star tells her followers: ‘Every time you do an intentionally half-a**ed s***** job, they lose confidence in you and she’s going to resent the s*** out of you.’ 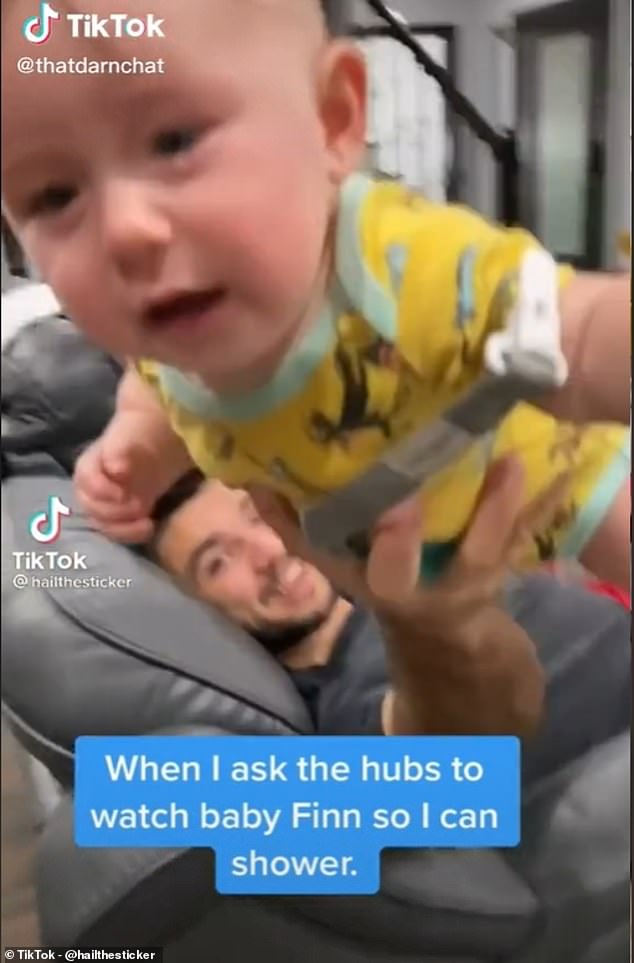 In another clip, a father who tries to hand back a crying baby as soon as his partner emerges from the shower has had 5.7million views 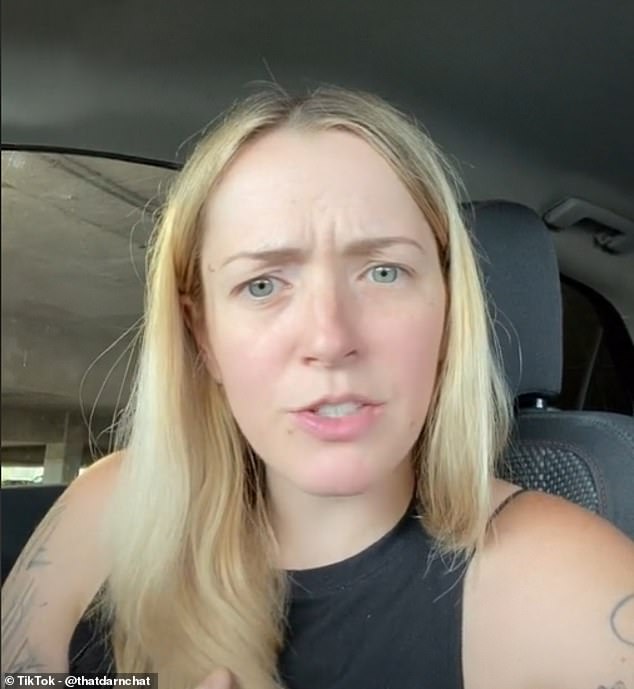 TikToker @thatdarnchat commented on a video of a man handing a crying back to his wife as soon as she emerges from the shower, saying: ‘Every time you do an intentionally half-a**ed s***** job, they lose confidence in you.’

A video tour of a bathroom where the floor is covered in toys, the sink full of dyed water and the pedal bin overflowing has no commentary, just the hashtag #weaponizedincompetence emblazoned across it.

There are thousands of comments left on the videos from women who claim they’re in a similar situation, or at least they were until they headed for the divorce courts over the matter.

One says she told her husband: ‘The moment you make me feel like I don’t need you, or you don’t make my life easier, then that’s when I mentally check out.’

Another wrote: ‘My ex told me I didn’t do his laundry right…I never did it again. Problem solved.’

‘How have these men ever lived alone?’ Added another.

Others claim they’ve simply resigned themselves to the fact that it’s often easier and less stressful to simply do the task themselves – and their own partners could do things they couldn’t.

One wrote: ‘My husband cannot cook for his own survival. But he does know so many things I don’t know how to do. He’s mudding our drywall today. Balance.’