‘This means so much’: Farmer breaks down in tears as drought relief trucks roll into her town

‘This means so much’: Farmer breaks down in tears as drought relief trucks carrying hay bales and water roll into her town

A farmer broke down in tears after a convoy of trucks carrying much-needed drought relief supplies made its way to a remote area of New South Wales on Australia Day.

Tricia James, whose family runs the Musheroo station near Cobar and Wilcannia in the state’s central west, was ‘so grateful’ when she was given a number of water donations and hay bales on Saturday.

Ms James’ heartwarming reaction was captured in a video by her daughter India Kessell. 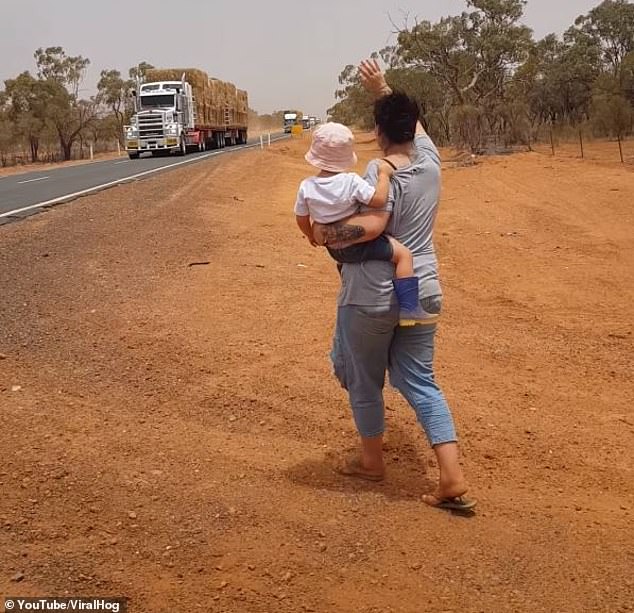 An emotional Ms James is heard repeatedly saying ‘thank you’ in the moving video as the convoy of trucks drive by.

Good Samaritan Evie Lyn is believed to have organised the water donation.

She is a member of the Peterborough community, approximately 250km north of Adelaide, according to Ms Kessell.

‘We stayed and watched the rest of the convoy go past. My little boy had been waiting all day to see the hay trucks,’ Ms Kessell told Yahoo7.

Recent drought relief efforts kick-started by a number of generous organisations saw farmers in NSW and Queensland receive close to 10,000 bales of hay donated from around the nation.

Last week Farmers Across Borders went above and beyond, sending a fleet of 47 trucks on a 2500km drive from Western Australia to New South Wales. 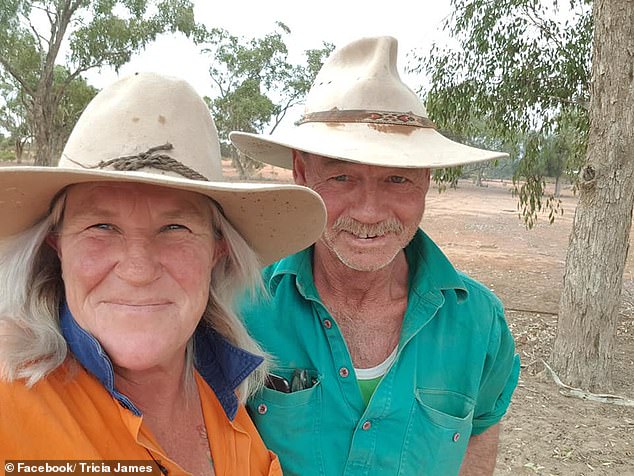 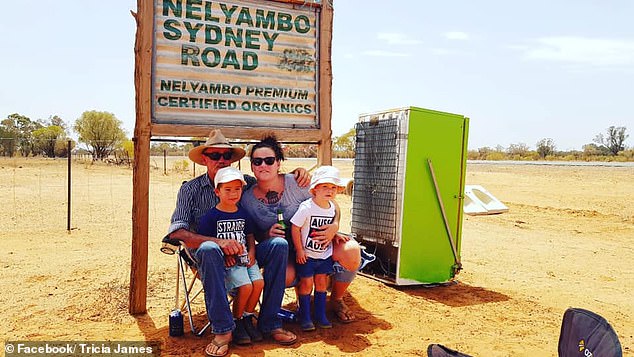