Another enthralling Champions League campaign drew to a close on Saturday evening when Real Madrid claimed a third consecutive title with a 3-1 win over Liverpool in Kiev.

Here Rob Draper, the Chief Football Writer for The Mail on Sunday, picks the bones of the tournament and highlights some of the key talking points emanating from Saturday night’s showpiece final.

Real Madrid made history, but…

You cannot take the three successive wins away. There they stand in the history books. Four wins in five years. Yet in the immediate aftermath of the game, one seasoned Real Madrid correspondent, who watches them every week, said: ‘How can a team utterly dominate an era and not actually be that good.’

There is nothing startlingly tactically innovative about them. They are capable of some excellent football. But they don’t define their times, like some teams can. They just win. It is a quality perhaps undervalued in the incessant search for something definitive, epochal. But great though they are, it’s hard to see them as culturally and tactically important as 1970s Ajax, 70s/80s Liverpool, 1990s AC Milan or Barcelona from 2009 -2015. 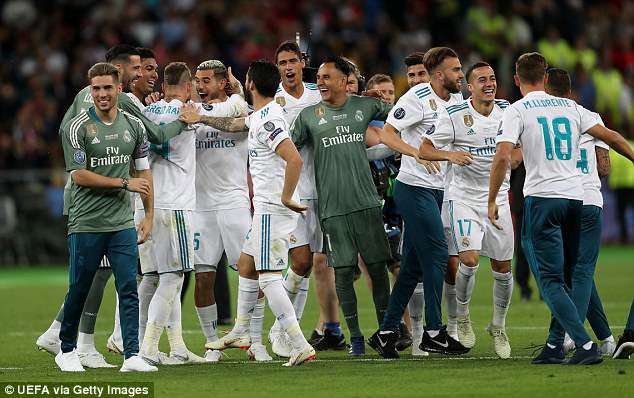 Zizou got one question in the post match press conference on the game. After that it was all Ronaldo threatening to leaving and a bit of Bale doing the same. He didn’t get any on ranking alongside Carlo Ancelotti and Bob Paisley as the most successful manager in the Champions League and achieving it in his first two and half years in management!

And there’s the Real Madrid job, right there. It’s not about the tactics; it’s the politics and playing them as well as you can, ‘the Galatico Whisperer.’ Oliver Kay in The Times made a connection between Paisley, Zidane and Ancelotti. None have sought to put themselves centre stage. They trusted excellent players to do the job and seen their role as being the person to facilitate that. 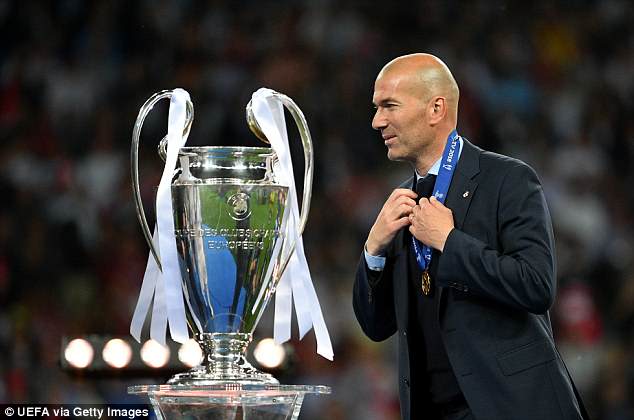 Liverpool did something great this season

This is not a view that will be allowed by some. Trophies are the only measure of greatness and second place is failure. On one level, it’s hard to quibble. Sport isn’t art. The end result isn’t subjective. It’s absolutely objective. Its very point is to divide us into winners and losers. Yet having accepted all of that, if second place implies ultimate failure, then we have narrowed the field of sport into something banal. (Though good luck with this when attempting to re-negotiate your contract after relegation).

True genius rests with those, like Ajax and Barcelona, who created beauty and won. But a special place in football history can be reserved for glorious ‘failures.’ Like Holland in 1974. The test is to think about how a particular team or player made you feel. And in a season in which English football saw some of the most spectacular football ever from Manchester City, even then Liverpool and Mohamed Salah managed to provide some of the outstanding moments.

Those 31 minutes against Manchester City and those 68 minutes against Roma were some of the most exhilarating football most of us have ever seen. Ask yourself honestly, how did that football make you feel? No need to answer if you’re a City, United or Everton fan. But I’d venture, for most of us, the answer: ‘Like an excited child.’ 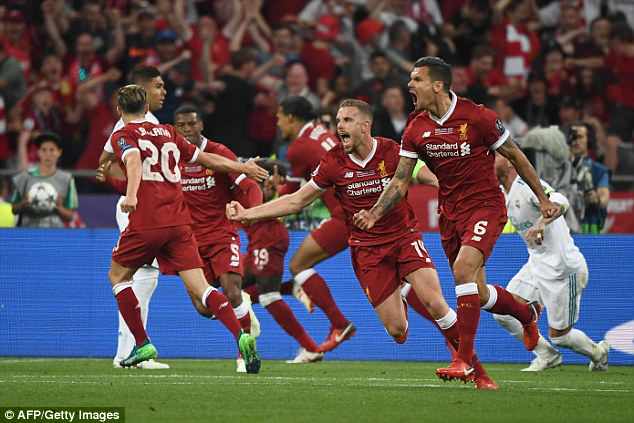 Attacking football is king (up to a point)

The all-time record 47 Champions League goals that Liverpool scored this season does represent a shift. Maribor, Porto, Spartak Moscow and Roma can all bear battered testimony that something has changed in football and that Klopp’s Liverpool are hitting levels even Borussia Dortmund didn’t reach.

Overall, the amount of goals in the Champions League was at an all-time high of 397 or 3.2 per match. (Though see below for an alternative reading of this stat). It is true that many of the dominant coaching personalities of the moment – Maurizio Sarri, Guardiola, Jurgen Klopp and, in his way, Zidane – are protagonists. They value goals scored over anything. And it hasn’t always been this way. It was once the case that you built from solid foundations first. And that morphed into ensuring you became the team that made least mistakes, because you’d be most likely win that way. The game that was becoming one of taking the fewest risks has become high-risk. The good news is that with winning being fashionable, more and more coaches can be expected to follow. 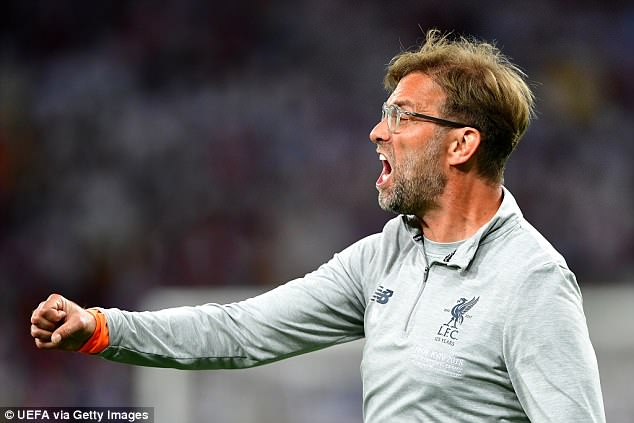 Not un-related to the above point but it may be time to scrap that cliché about finals rarely being good games. In the Champions League, it has been ages since we had a bad one. Real Madrid’s four wins in five years have all had either nail-biting last-minute equalisers, outstanding goals and/or excellent football. Barcelona’s 2015 win featured possibly the greatest forward line ever seen.

Bayern-Dortmund was an enthralling game. Barcelona’s 2011 win is regarded as the high-water mark of Guardiola’s team. Chelsea’s 2012 win is perhaps the anomaly, when a side dedicated to not losing has ended up winning. But even that had undeniable drama. The days of the cagey goal-less final with both sides dominated by a desire not to lose – think AC Milan beating Juventus in 2003 – appear over for now. 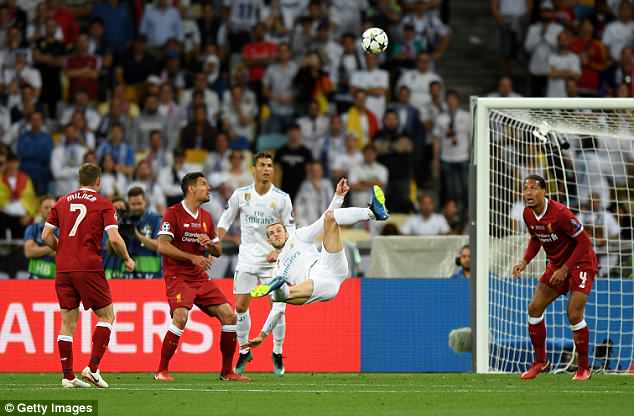 In the Champions League, it has been ages since we had a bad final with Saturday the latest

But don’t overdo it

The truism about attacking football requires qualification. UEFA were keen to trump the stat about those 397 goals in the final match programme. But it could also be a reflection of the growing inequality, due to UEFA’s financial distribution, between the major league clubs and the rest.

Also, whilst I’d love to believe low-risk football is a thing if the past, it’s too simplistic an analysis. You see this a lot around the Jose Mourinho debate: that he’s playing out-moded cautious football, failing to respond to the fashion for flair. Analogue football in a digital age. And those criticisms will remain until he, or someone else, wins playing that way. And when he does, fashion will swing back again. 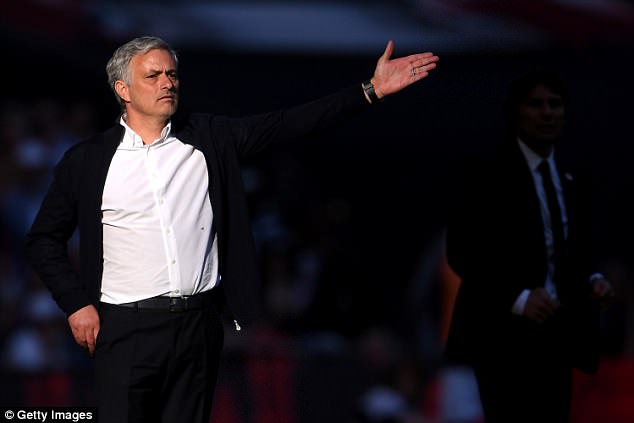 How is that a Real Madrid side which, whilst very good, aren’t always exceptional are proving so dominant? How come Liverpool have reached three Champions League finals in the last 13 years (as many as Manchester United and Bayern Munich) when through much if that time they have had fairly mediocre teams and less resources by comparison? And how, with their extraordinary financial power and the players at their disposal, have PSG not made it past the Champions league quarter final since their Qatari takeover in 2011? Or why have Manchester City made just one semi final under Sheik Mansour?

Since it isn’t measurable in a database, it’s easy to scoff at the importance of a club’s history and the expectations of its fans and those associated with the club as a significant driver of results.

But Liverpool’s record over Manchester City’s offers an opportunity at least to hypothesise. Hazarding a guess, is possible that constantly being reminded of a glorious past by fans and those around the club drives certain teams beyond their expected performance boundaries. 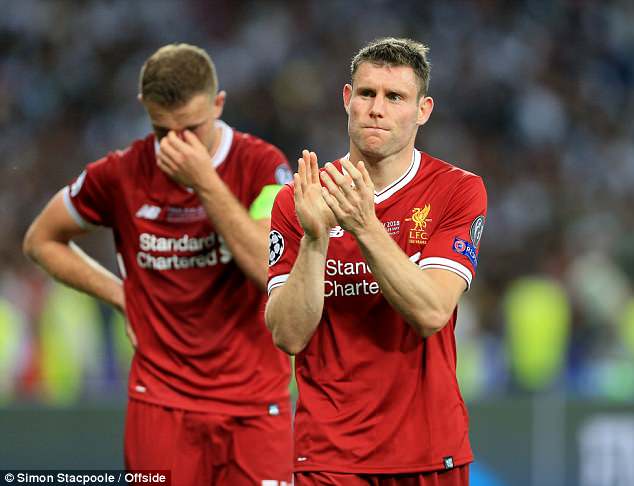 We have one of the great British players among us

Gareth Bale equalled Phil Neal as the most-decorated British player in European Cup/ Champions League history on Saturday night. But Phil Neal never scored a goal like that. (He was an extremely dependable right back and Liverpool’s captain through the early glory years).

It is true that not being English and not sharing the same film-star rugged handsomeness prevents (perhaps mercifully) Bale receiving the full David Beckham treatment. Yet in terms of trophies he has far outstripped anything we have seen in this generation. Manchester United players wracked up multiple domestic trophies and the best (Ryan Giggs, Paul Scholes) a couple of Champions League wins.

But Bale has surpassing that Champions League tally and doing it overseas and well out of his cultural comfort zone. And then he adds *that* goal in this final. He is even ahead of past generations, the likes Kenny Dalglish, Graeme Souness, Ray Clemence, Jimmy Case, Alan Hansen, Terry McDermott, Steve Heighway and Ray Kennedy who won three European Cups. His name sits comfortably among the greats. 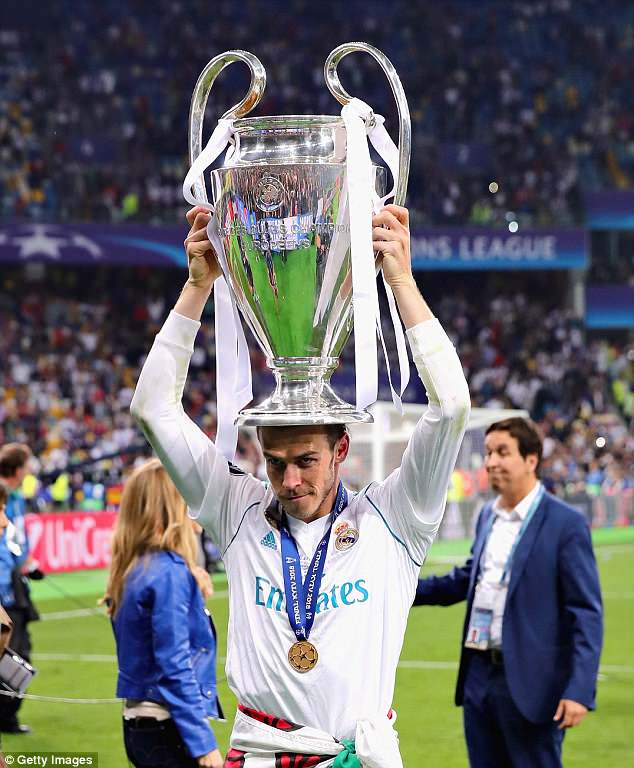 It just happens too often to be an accident 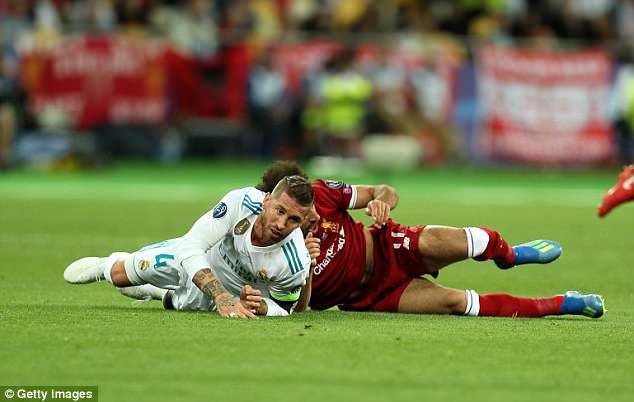