This seal pup mysteriously turned up on a woman´s doorstep

A woman was left stunned after a seal pup mysteriously turned up on her door step, just yards away from a busy road.

The cute seal pup had weaved its body through plants outside the woman’s home and seemed to have managed to climb onto a large plant pot.

It managed to get itself onto the patio were it was later found by the owner of the property. 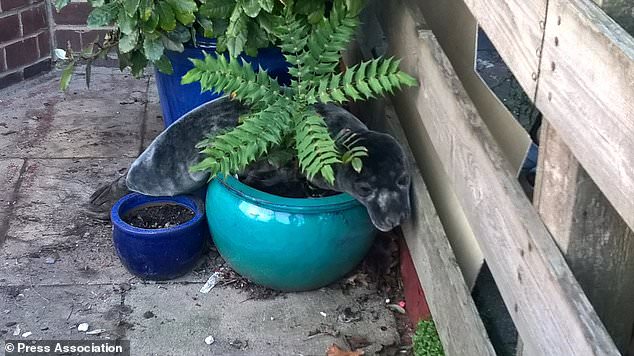 The woman promptly sought assistance from the police in Northumbria on Tuesday morning, who tried to return the young seal to safe waters.

The nearest water is Seaton Sluice, which is a small marina/harbour in the area.

The village of Seaton Sluice is divided by a bridge and it lies on the coast of the mouth of the Seaton Burn, midway between Whitley Burn and Blyth. 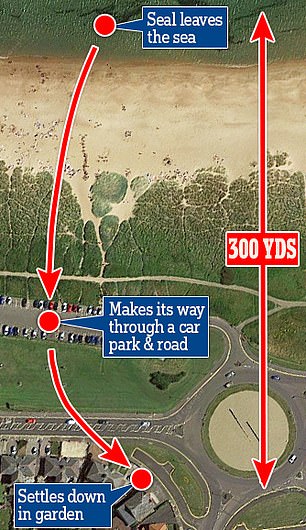 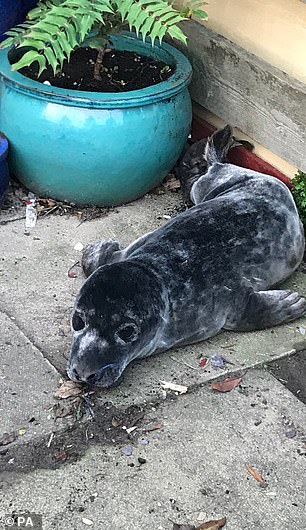 The cute seal pup (pictured right) was found outside the property in Northumbria. The map on the left shows how the seal managed to arrive at the property 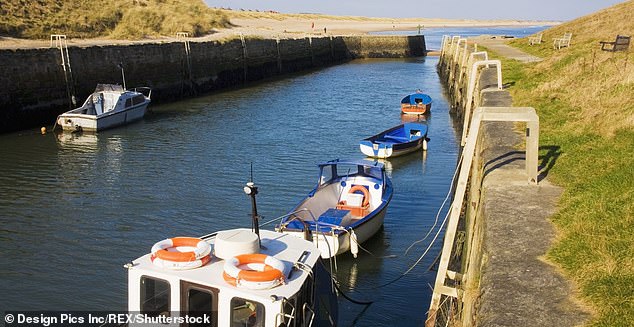 The harbour area in Seaton Sluice, which is the closest part of water to the property 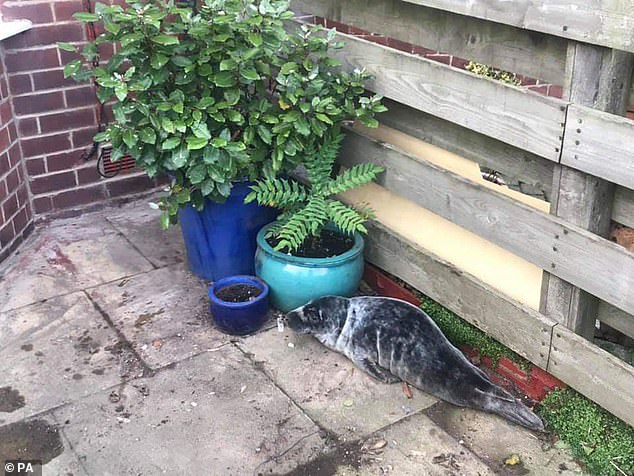 Police said the seal pup had arrived outside the woman’s property in the morning of Tuesday 12 December.

Paul Moorhead, a community support officer with Northumbria Police, added: ‘When the sergeant asks you to go to a job like this you tend to think he’s pulling your leg.

‘So when we turned up at the property it was a bit of a shock for us to find the seal pup lounging on some plant pots and having a bit of a sun bath.

‘I’ll be honest, we didn’t really know what to do with it and I was half thinking of putting it in the back of my patrol car.’

Despite initially being baffled by the sight of the pup, Mr Moorhead and his colleague, Beverley Keenleyside, called out the British Divers Marine Life Rescue, who attended with the RSPCA.

Eventually the dehydrated seal was provided with fluids, before being moved closer to the sea, Northumbria Police said.

Mr Moorhead added: ‘It was a happy ending all round and the seal pup was able to return to the rest of his family who were swimming nearby.’