There’s nothing worse than opening the pantry door to be met by the sight of overflowing shelves, half-opened packets and general disarray.

And while tackling this job isn’t something anyone relishes, there’s a huge sense of achievement once the task is done.

If all else fails, there is always the option of calling in someone else who can help you get things arranged neatly – and it doesn’t cost all that much, either.

Elaine Burke heads up South East House Cleaning and Domestic Services. It’s a business the former infrastructure manager has been running for the past five months and pantries are her specialty.

Former infrastructure manager, Elaine Burke (pictured) heads up a cleaning business and pantries are her speciality

Speaking to FEMAIL, she said with the growing trend towards tidy kitchen spaces, she does at least one major kitchen sorting job a week.

Recently Mrs Burke shared a series of photos to a popular mothers Facebook group showing the results of a seven-hour pantry makeover.

As well as posting photos showing the kitchen looking sleek, streamlined and functional, she also posted a series of before images. 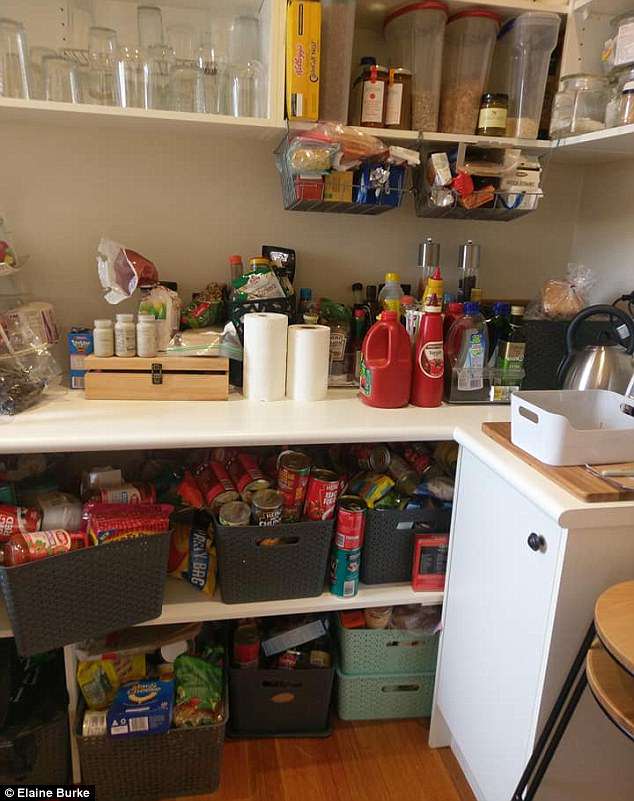 Before: This pantry was once a jumbled mess where baskets overflowled with cans, shelves heaved with mismatched containers and kitchenware was stored without thought 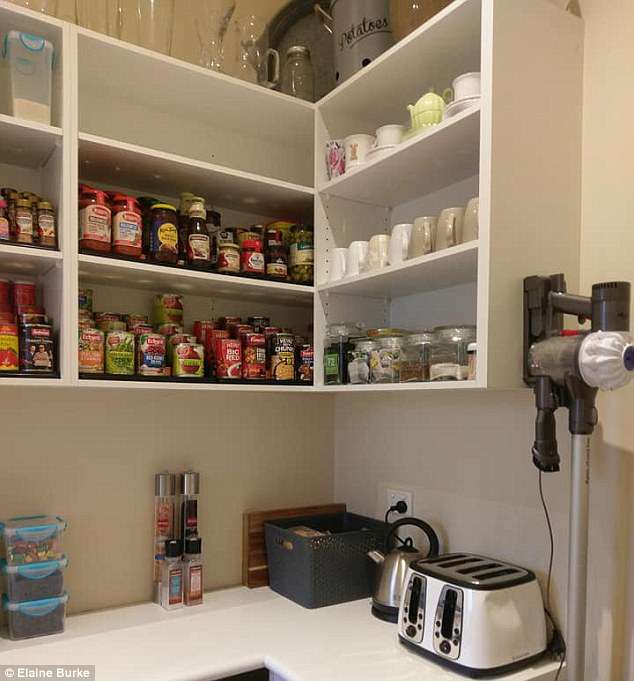 After: The pantry took seven hours to rearrange and at a total cost of $362.50

These photos show a pantry that was once a jumbled mess. Baskets overflowed with cans; shelves were heaving mismatched containers and kitchenware was stored without any proper thought.

Mrs Burke said her client, a mother of two, spent a total of $170 in storage. This was for containers, baskets, mini shelving – all of which came from Kmart.

On top of this, she paid a further $192 for seven hours cleaning and arranging which meant the whole thing cost a total of $362.50. 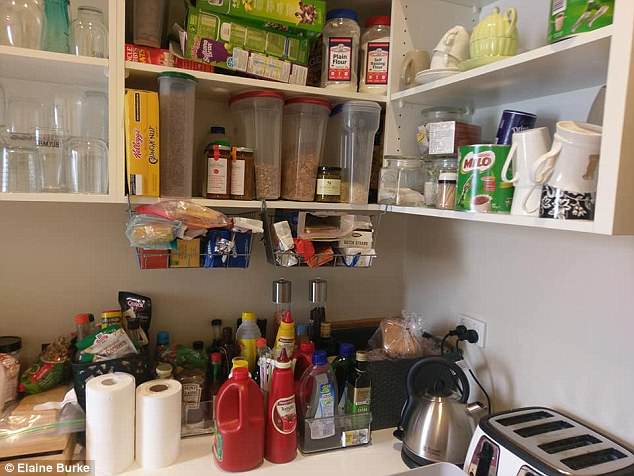 Mrs Burke revealed she has a special knack for organisation and that while it might look simple, it’s not as straightforward as it seems

The photos she shared that reveal the results of her efforts show a space where organisation reigns.

She said one of the challenges she faced was finding a way to effectively organise the family’s abundance of canned goods.

The cleaning professional explained as keen shoppers, her clients would spot a bargain on special and buy as many as 20 of the items on sale. 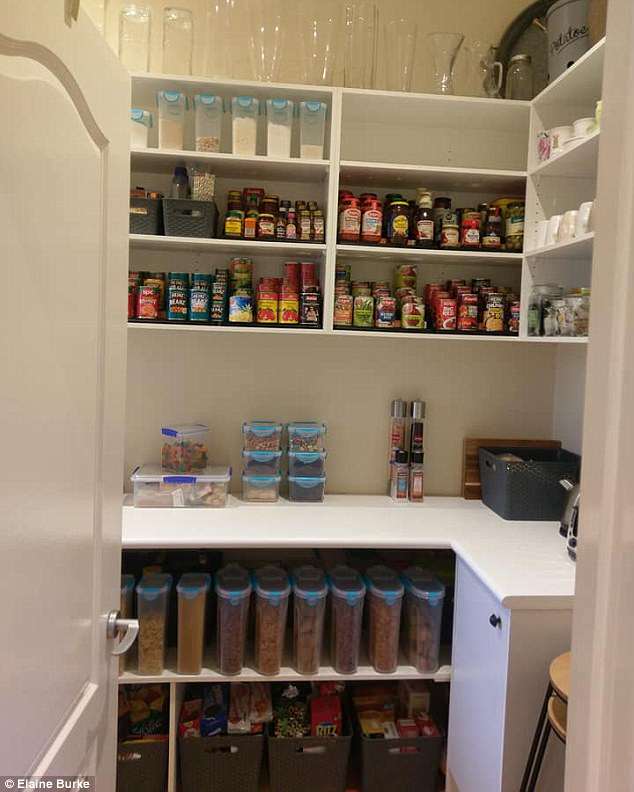 Storage including matching containers, baskets and mini shelving units all all came from Kmart and cost a total of $170

Mrs Burke’s handiwork has earned the praise of many on social media for how ‘incredible’ the kitchen now looks.

While another, Narelle chimed in saying: ‘Omg I want that pantry!!!!! And the house that goes with it.’

Mrs Burke said cleaning and organisation might look simple, but it’s not as straightforward as people think:

‘I have a knack for it. It’s about lateral thinking and thinking ahead and trying to imagine how are going to work together.’