Thomas Cook Group’s chief executive remained tight-lipped as he emerged from a day-long meeting today after negotiating with creditors in a doomed bid to save the firm.

Dr Peter Fankhauser, 58, would not comment on whether a deal had been reached or if the firm would consider approaching the Government for a taxpayer-funded bailout.

He also refused to say anything to Thomas Cook’s customers as he walked out of the service exit of City law firm Latham & Watkins, in Bishopsgate, central London, surrounded by colleagues.

In the early hours of this morning it emerged talks had failed and the firm had gone bust.

His meeting with creditors ran from 9.00am to 5.30pm today and the Swiss businessman did not reveal the company’s course of action.

The location of the meeting was changed last minute after it was leaked last night it would take place at law firm Slaughter and May.

Today the agency was forced to refund British tourists who said they were ‘held hostage’ and forced to hand over money to Tunisian hotel staff who feared the ailing travel firm would not pay its bills.

Many holidaymakers refused to pay, as they had already given their money to Thomas Cook for the holiday, leading to a stand-off.

Thomas Cook said it had refunded customers who paid by credit card and said guests who had booked at the Les Orangers would be diverted elsewhere. 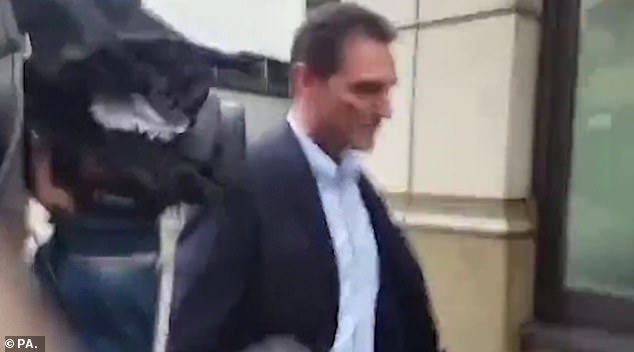 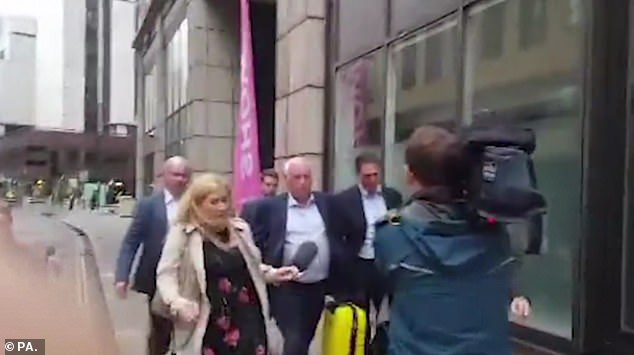 His meeting with creditors ran from 9.00am to 5.30pm today and the Swiss businessman has not revealed the company’s course of action