Thomas Cook could stop selling holidays to SeaWorld in Florida

Travel giant Thomas Cook could end all holidays to SeaWorld in Florida after the theme park failed an animal welfare check.

The firm, Britain’s biggest tour operator, has reportedly given the popular attraction in Orlando three months to deal with the issues raised in an audit.

After it highlighted concerns at the park, which has been slated in the past for its poor treatment on killer whales, it stopped promoting  the destination on its website.

The popular attraction is a hit with British holidaymakers, with Thomas Cook selling more than 10,000 day trips there ever year.

But it has faced controversy in the past, and has been heavily criticised by animal welfare campaigners.

The travel giant refused to comment on the findings, but insiders said SeaWorld fell short of its 100% threshold, the Daily Mirror reports. It is not known which areas led to concerns.

SeaWorld and sister Florida parks SeaWorld Discovery Cove and Busch Gardens were among 100 attractions audited as part of an animal welfare policy, based on guidance from the travel association ABTA.

Bosses at the park have responded to the criticism in the past by announcing in 2016 that they were ending the controversial Orca breeding programme. 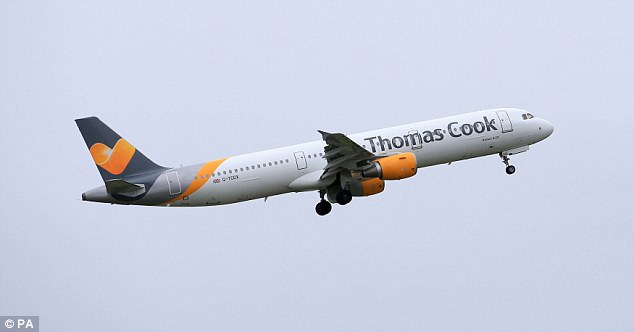 The travel giant sells more than 10,000 day trips to the popular attraction in Florida every year 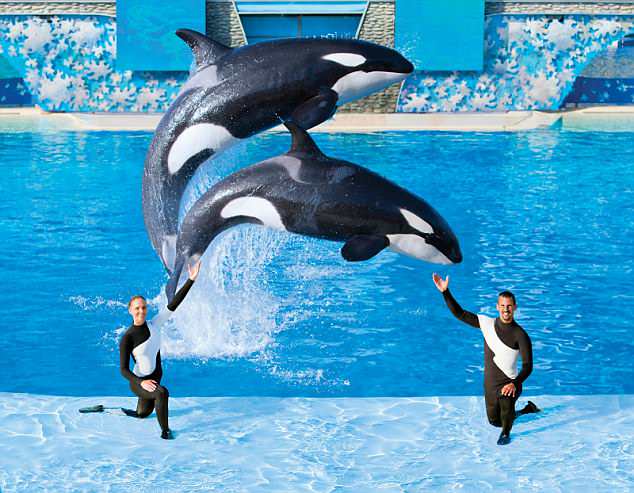 The theme park has received criticism in the past over its treatment of killer whales, and they have announced they are phasing out live shows involving the animals (pictured)

They have also previously announced that live shows involving killer whales were being phased out, and would end by 2019.

Yvonne Taylor, of People for the Ethical Treatment of Animals, told the Mirror that SeaWorld’s orcas were ‘forced to spend their entire lives confined to tiny, concrete, chlorinated cells, in which they can only swim endlessly in circles.’ 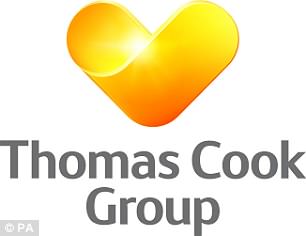 She added: ‘There’s there’s no humane way to keep these highly intelligent animals in captivity, let alone force them to perform cruel tricks for food.

‘Given that SeaWorld has now failed its own audit, Thomas Cook must end the financial lifeline it gives the park and stop selling tickets immediately.’

Thomas Cook confirmed it had audited the attraction and had contacted bosses about the results.

SeaWorld said in a statement: ‘While the physical audits of the parks are complete, the process is still ongoing.’

It added: ‘We provide world-class care to the animals in our parks.’

A spokesman for Thomas Cook told Mailonline: ‘We have now audited SeaWorld, and we are in contact with them about the results in accordance with our policy.’