Tears of Thomas Cook cabin crew: Staff reveal they now have to use food banks after losing their jobs, as they prepare to take legal action against bosses on ‘film star wages’

By Liz Hull, Tom Payne And James Salmon For The Daily Mail

Angry Thomas Cook staff condemned their ‘greedy’ bosses yesterday as it emerged that some are turning to food banks to feed their families after the firm’s sudden collapse.

Hundreds of devastated former employees met union officials at Manchester Airport yesterday to see whether they could claw back thousands of pounds in lost wages.

Many are owed up to seven weeks’ pay and are furious that bosses continued to take ‘film star wages’ and award themselves huge bonuses as the world’s oldest travel firm teetered on the brink. 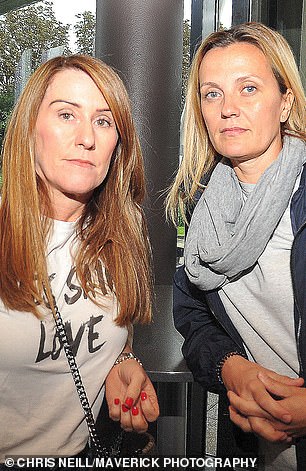 The Government has announced an inquiry into the company’s management. Directors including chief executive Peter Fankhauser are likely to be hauled before MPs to explain why they collectively took a £47million pay packet – including £29million in bonuses – as profits fell.

Bosses are likely to be questioned on rumours that they siphoned millions from the UK arm of the airline to keep German subsidiary Condor afloat hours before Thomas Cook went under in the early hours of Monday morning.

Wes Streeting, a Labour member of the Commons Treasury committee, said: ‘Serious questions need to be asked not just of the latest crop of bosses but the former executives whose actions may have led to this catastrophe for Thomas Cook staff and customers.’

Around 9,000 staff lost their jobs and 165,000 holidaymakers were stranded abroad, prompting the biggest repatriation in peacetime, when Thomas Cook went bust. 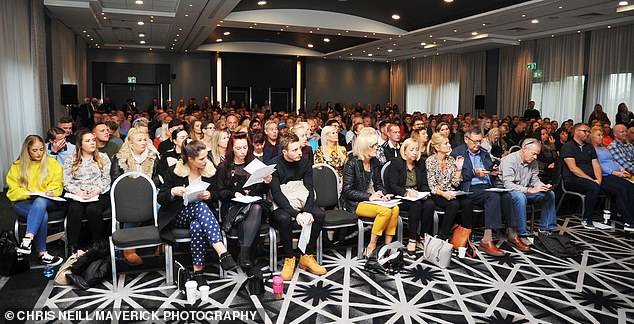 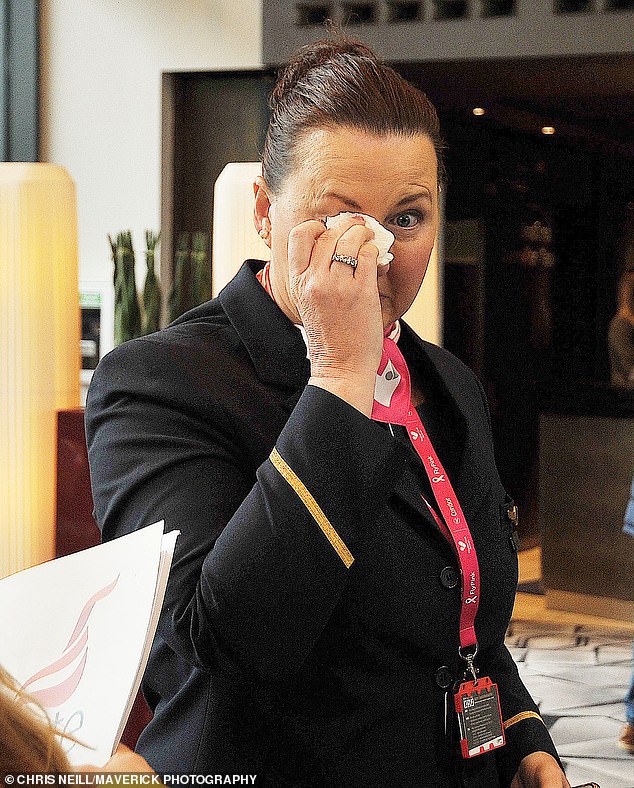 Reduced to tears: Betty Knight broke down while at the meeting, surrounded by other former members of staff 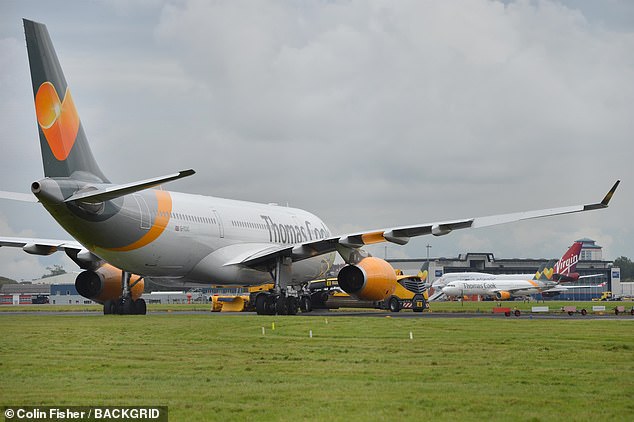 Yesterday more than 400 cabin crew and engineers gathered at a hotel at Manchester Airport to meet officials from Unite. They were told they are unlikely to receive any wages on Monday – their pay day – and face a long wait for redundancy pay. During the emotional meeting employees criticised the ‘disgusting’ behaviour of bosses, accusing them of ‘stealing our children’s futures’.

Lawyers encouraged the staff to join 100 of their colleagues who have signed up to take legal action via employment tribunals against the travel giant.

The solicitors said Thomas Cook acted unlawfully by failing to keep its employees properly informed before the collapse, meaning thousands could be entitled to up to 90 days’ pay as compensation.

‘We had pay freezes… they were greedy’

Among those at yesterday’s union meeting in Manchester were Betty Knight, 52, who said she had barely slept or eaten since Thomas Cook collapsed in the early hours of Monday.

The part-time air hostess, who has worked in the industry for almost 30 years, came to the Unite meeting in her uniform and repeatedly wept as she described feeling ‘heartbroken’.

‘It’s a worrying time,’ said Miss Knight, who is engaged to be married. ‘I’ve been the main breadwinner for a while in our household.

‘Our family and friends have offered to help and I know I will be OK financially, but Thomas Cook is made up predominantly of women and it is the single mothers I really feel for. It will hit so many of them so hard.’

She accused bosses of ‘greed’ at a time when staff were told to keep the business ‘lean’. She said: ‘We had pay freezes and everything down to the last paperclip was accounted for. There should be an inquiry – it stinks.’

Many at the meeting broke down in tears and described the events of the past few days as feeling ‘like a bereavement’. Staff said they were worried about paying their mortgages, have been forced to use charity food vouchers and were relying on friends and family for financial help after finding themselves suddenly out of work.

Cabin manager Laura Tremarco, 39, who had worked at Thomas Cook for the past 22 years, said she met Mr Fankhauser at an event several years ago.

‘He seemed like a nice guy, but little did we know he and the rest of them were taking these massive wages,’ the mother-of-two from Liverpool added. ‘It is disgusting.

‘I was supposed to get paid around £3,000 with commission on Monday, but we’re not getting any of that. I feel so angry and sad.’

Mike Kilburn, 47, a cabin manager with 19 years’ service, called on directors to hand back their ‘bonuses so that money can be distributed to everyone here’.

He said: ‘It’s sickening they were taking that amount out of the firm – in my mind they are crooks.’

Unite’s Mike Gaskell said: ‘We’ve seen film star wages being taken out of a business for what ultimately was failure. People have a right to be angry.’

Philip Richardson, of Stephensons Solicitors, said employees could be entitled to a ‘protective award’ of up to 90 days’ pay from employment tribunals because they were not given notice of the firm’s perilous financial situation.