Thomas Lawton Evans Jr., 37, was indicted by a grand jury on charges of kidnapping, child sexual abuse and transporting a child to engage in sexual activity

A man is facing federal charges of kidnapping and raping a four-year-old South Carolina girl whom he drove across three Southern states, authorities announced Wednesday.

A grand jury formally indicted Thomas Lawton Evans Jr. on charges of kidnapping, child sexual abuse and transporting a child to engage in sexual activity, according to U.S. Attorney Beth Drake. He could face life in prison if convicted.

Authorities have said that Evans, 37, picked the girl’s mother at random and followed her to her Charleston, South Carolina, home after she dropped two of her other children off at school on February 13.

He then raped, beat and tied up the woman, 31, before escaping with her four-year-old daughter, according to police.

Riverside, Alabama’s Police Chief Rick Oliver said that he found Evans and the girl sleeping in a car in the woods near a railroad track on February 14. Oliver said that Evans handed him the child when he said they needed to go to the police station, and then Evans sped off in the vehicle.

Evans was eventually arrested in Mississippi, when deputies found him walking along the side of the road, holding a gas can, after he had been given money by a church, Live 5 News reported.

Evans is set to be arraigned on March 27. He waived his right to a bond hearing while in court earlier this month on the kidnapping charge. 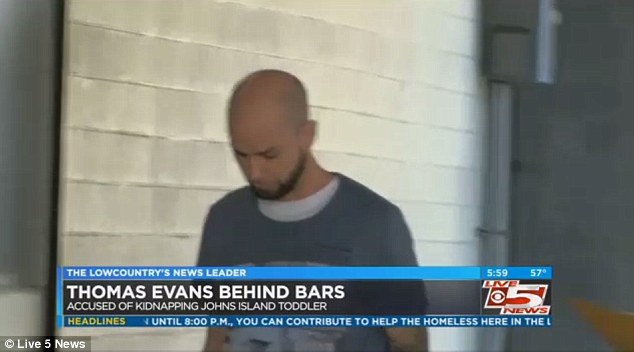 Evans was taken into custody after Mississippi police found him walking along the side of a road with a gas can, after receiving money from a nearby church

Authorities are also looking for the woman — Sharon Hayden, 39, of Spartanburg County, South Carolina — who owns the vehicle Evans was driving when police said he kidnapped the four-year-old girl. Hayden’s mother said her daughter is missing. Authorities have said little about Hayden’s case.

Evans is a convicted felon who was released from prison less than two weeks prior to when the alleged rape and beating of the woman and kidnapping of her daughter occurred, federal charging documents said.

His criminal past spans over the past two decades, according to official court documents.

He was arrested in 2000 and charged with second-degree criminal sexual conduct with a minor. Police said he assaulted a 15-year-old girl when he was 19. At the time he wasn’t required to register as a sex offender because he pleaded guilty to a lesser charge.

In 2002, Evans was accused of robbery when he and another man grabbed a woman in downtown Charleston and attempted to snatch her purse. He was convicted of strong armed robbery and served two years probation. 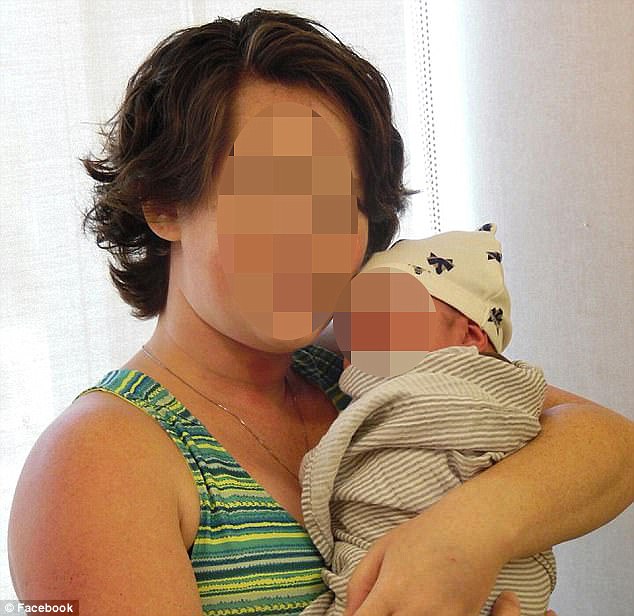 Evans is accused of following a South Carolina woman home, beating, raping and tying her up, before kidnapping her four-year-old daughter 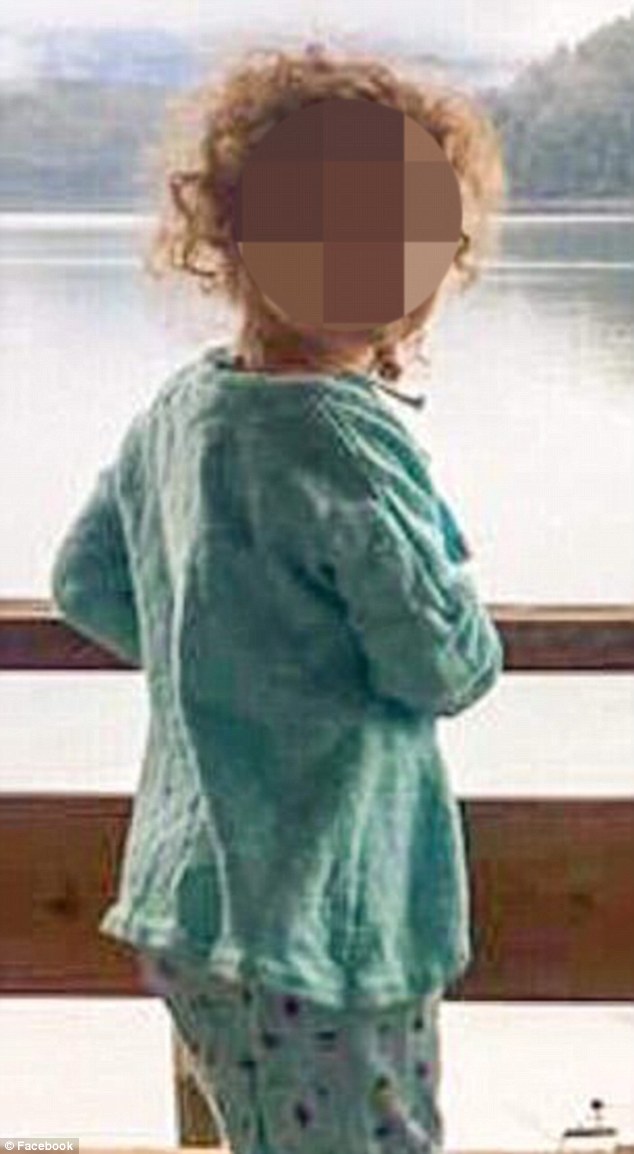 Evans allegedly kidnapped a four-year-old girl from South Carolina, driving her across state lines. She was recovered by police in Alabama the next day

In 2009 he and another person broke into a gas station and stole beer, cigarettes and lottery tickets. One hour later he robbed a second gas station in Charleston, this time at gunpoint. That time he was sentenced to 10 years on armed robbery and burglary charges.

Evans’ projected release date was February 26, but he was set free at the beginning of February, due to state prison policies, and sent to his home in Spartanburg County, South Carolina.

After being released from prison on February 1, Evans was supposed to be living in Upstate South Carolina, but allegedly traveled down to Charleston where he carried out the attack on the unsuspecting woman and her daughter, the Post and Courier reported.

The woman sustained bleeding on her brain and facial fractures during the alleged beating.

Police were only alerted to the four-year-old’s disappearance after going to her home on a welfare check, after the school reported that the girl’s mother had not returned to pick up the two children that she had dropped off earlier in the day.

The attack was said to have occurred at about 10am, but police did not go to the home until after 6pm. Two other, younger children were inside the house with their mother when police arrived. They were not harmed.