‘Those two weeks are going to fly by’:  Felicity Huffman is roasted during Emmys as commentator Thomas Lennon welcomes ‘previous lead actress winners watching from prison’

Lennon elicited a big laugh from the audience with his not-so-subtle dig at Huffman, who is preparing to serve a 14-day prison sentence in October after pleading guilty in the college admissions scandal.

‘The producers have asked me to give a special shout-out to any of our previous lead actress winners who are watching from prison,’ Lennon joked. ‘Hopefully those two weeks are going to fly right by.’

The actor and comedian smirked as he told Huffman to ‘keep your chin up’. 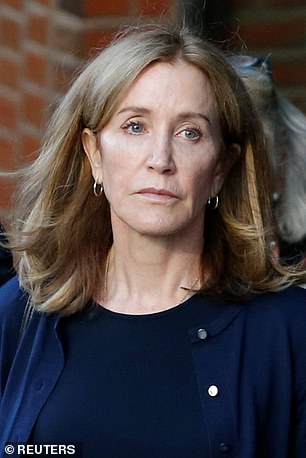 Huffman has received numerous Emmy nods over the years.

She won for her role as Lynette Scavo on Desperate Housewives in 2005 and was nominated for that role again in 2007.

Huffman starred in one of the night’s biggest winners, When They See Us, but did not receive a nomination for her role as prosecutor Linda Fairstein.

Lennon’s shot at Huffman was a hit among social media users.

The actress was sentenced to two weeks in federal prison on September 13 for paying $15,000 to inflate her daughter’s college admission test scores.

She was also fined $30,000 and given a year of supervised release plus 250 hours of community service.

Huffman issued a public apology after the sentence was handed down.

‘I accept the court’s decision today without reservation,’ she wrote in a statement.

‘I broke the law. I have admitted that and I pleaded guilty to this crime.

‘There are no excuses or justifications for my actions. Period.

‘I would like to apologize again to my daughter, my husband, my family and the educational community for my actions.

‘And I especially want to apologize to the students who work hard every day to get into college, and to their parents who make tremendous sacrifices supporting their children.

‘I have learned a lot over the last six months about my flaws as a person. My goal now is to serve the sentence that the court has given me.’ 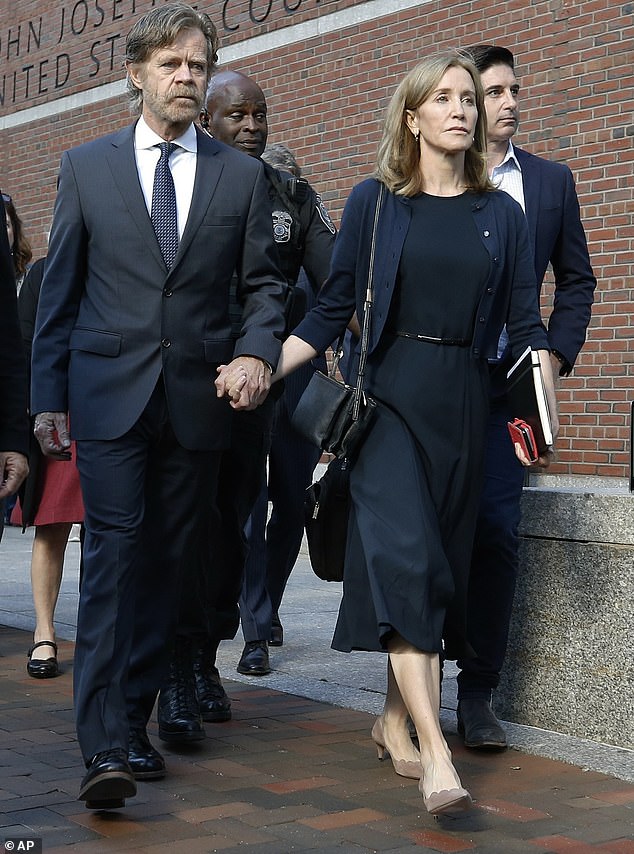 Huffman was sentenced to two weeks in federal prison on September 13 for paying $15,000 to inflate her daughter’s college admission test scores. She is seen leaving the court in Boston with her husband William H Macy