Thomas Tuchel has highlighted Antonio Rudiger’s presence in N’Golo Kante’s goal celebration at Leicester last week as an example of the invisible work that has contributed to Chelsea’s remarkable defensive record.

Tuchel reached 50 games in charge of Chelsea against Juventus on Tuesday and, in that time, they have kept an incredible 31 clean sheets and conceded just 24 goals.

Following the Champions League victory Tuchel referenced the unseen work that his table-topping team get through in games.

And, expanding further ahead of Manchester United’s visit to Stamford Bridge, Tuchel said: ‘I will give you one example. If you look at the goal from N’Golo against Leicester when he runs more or less half the pitch and scores a fantastic goal with his left foot I was surprised when I saw it and realised that Toni Rudiger was [among] the first ones to be there, to congratulate and hug him because I thought ‘how fast is he for this to happen? He [Kante] scored from the edge of the 18-yard box?

‘When you look at it in detail you see that while N’Golo is driving forward Toni is closing the space and doing this kind of ‘invisible work’ to close the striker down.

‘I think it was [Ademola] Lookman who was in that corridor and if the [Kante] shot is blocked and the ball goes there he [Rudiger] would be the first one to go into a counter-press. He takes the responsibility for covering that which meant that Lookman could not take the ball free, he could not turn and initiate a counter-attack that ends maybe with Vardy and a goal. 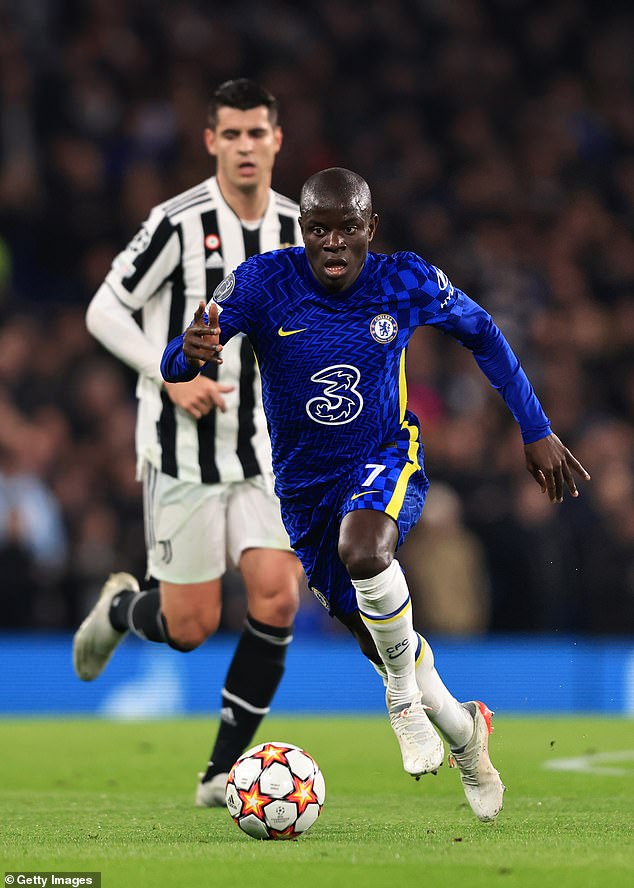 ‘So this is the kind of work which means we are taking care of our roles and in that moment Toni is doing this, this very humble work, because how big is the chance that N’Golo scores from the left foot? He [Rudiger] could have just stood back and watched but he didn’t.’

On the key factors behind Chelsea’s tough to breach defence, Tuchel added his players’ commitment, the club’s mentality and ‘a bit of luck’ to the previously suggested personnel, tactics and attitude.

‘And we have a big chance that we miss something,’ he said. ‘It is a mix of all of it because many times attacking is a good way to defend your own goal and sometimes in these 50 matches we were forced to overcome difficult moments and had to dig in and defend also maybe deep. 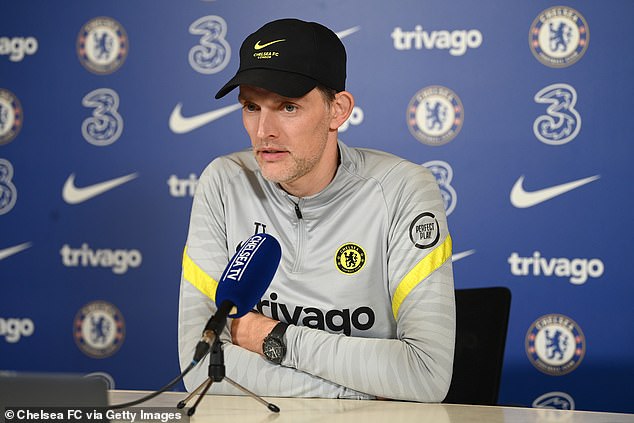 ‘We don’t like it too much but I feel the players are open to find solutions and to go through difficult moments. In the end it’s a team sport. This is what we all love about it. We attack together and defend together. There are many ways to defend.

‘We are constantly on it but it’s not the case that we spend 90 per cent of our time thinking about defensive solutions.

‘It’s more or less the opposite and the open-minded players and quality of the players in combination with the mentality of the club is a very good mix to produce numbers like this.’