Thomas Tuchel has insisted Tammy Abraham has the ‘spirit’ and ‘ambition’ to carve out a long career at Chelsea.

Abraham, who scored the only goal in the FA Cup fifth-round win at Barnsley on Thursday, will have two years left on his contract at the end of the season and, at 23, a decision to make about his future.

His progress has stalled since a prolific start to last season with chances limited by the arrival of Timo Werner, and Chelsea will pursue another striker when the summer transfer market opens.

‘He deserved to play at Barnsley,’ said Tuchel. ‘It’s a good new start for him to step up and show that he is important for us.

‘He had a difficult game against Burnley when he suffered from a tactical shift at half-time, and did not play against Tottenham and Sheffield United.

‘That’s why he deserved to play because he is a very positive guy, very clear, very ambitious. He has the spirit to make it at Chelsea. This is one of the toughest challenges you can face, but he is ready for that.’ 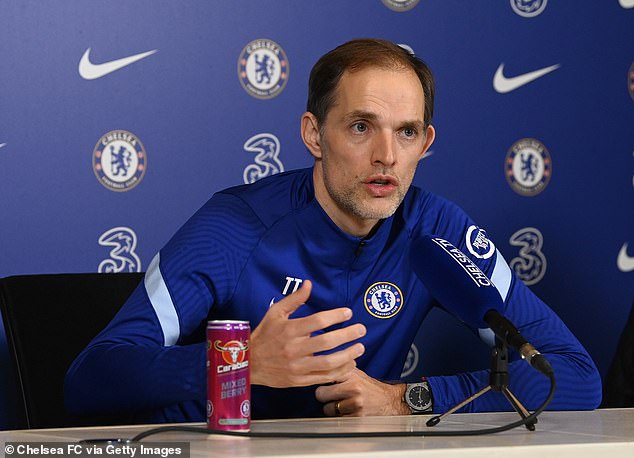 Abraham scored 15 goals last season when Frank Lampard responded to a transfer ban by putting his faith in a crop of the club’s academy graduates.

He has 12 so far this season, more than either Olivier Giroud or Werner, who should have recovered from a dead leg in time for Monday’s game against Newcastle.

There will be no shortage of interest if Abraham considers a move away from Stamford Bridge. The new head coach, however, vowed not to allow contractual matters to influence his team selection. 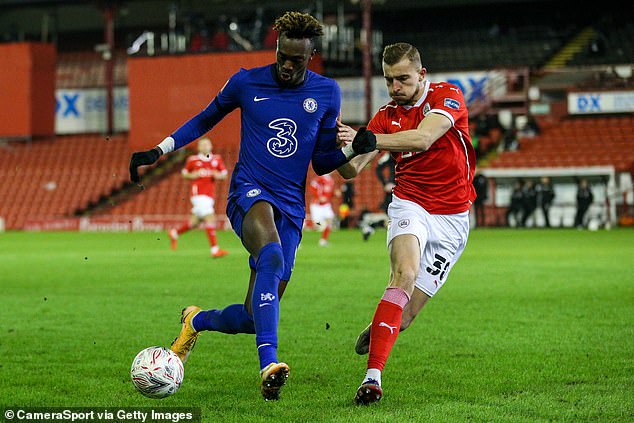 Young striker Abraham, 23, hit the only goal of the game in Chelsea’s FA Cup win at Barnsley

Manager Steve Bruce hopes Jamaal Lascelles and Federico Fernandez might be available along with Allan Saint-Maximin, who returned against Southampton after recovering from Covid.