Thomas Tuchel has hailed ‘fantastic’ new signing Marc Cucurella after he completed his move to Chelsea.

Cucurella has joined on a six-year deal after Chelsea struck a deal with Brighton worth up to £62m for the Spanish left-back with the Blues hoping to have had him registered before noon, in order to be in Tuchel’s squad for tomorrow’s season-opening trip to Everton.

Chelsea youngster, defender Levi Colwill, has moved to Brighton on loan for the season in a separate deal.

Tuchel said: ‘He is a fantastic, young player. Hungry, mobile, very intelligent player. Can play several positions in our system.’

Tuchel also believes the 24 year-old will ease the need to rush Ben Chilwell as he works his way back to full fitness from a serious knee injury suffered last November.

Tuchel said: ‘Absolutely it helps in depth and especially for Ben to escape the pressure of ‘I have to deliver. We need you absolutely now’. 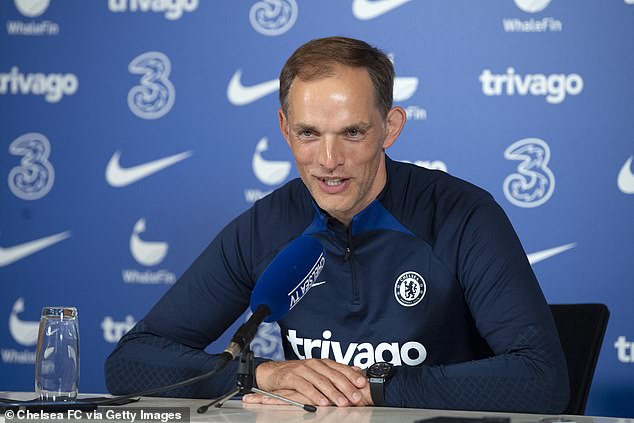 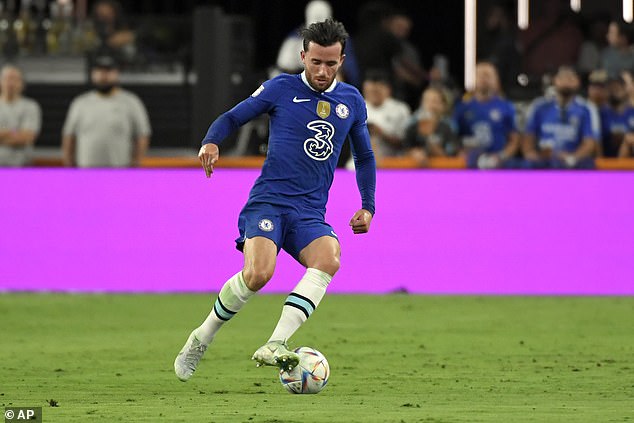 ‘It’s a profile of Azpilicueta, with the left foot. He gives us many options. Especially for Ben, he is very ambitious like always.

‘He couldn’t wait to come back to team training. He looks better and better but at the same time it looks like he needs more time to adapt to the physicality of the match itself, which is absolutely normal. It is not only about training and training exercises, little pitches.

‘At the end it is a very demanding leave. We have to take care about him, it’s our responsibility. We can’t throw him in and see what is coming. He is impatient, we will never expect him to be fully patient. He knows, we speak a lot about it.

‘Everything needs its time. He will get the time and still we will try to put him on the pitch as soon as possible. He is and was a huge asset for us with his speed and repetition of intensity.’