Chelsea boss Thomas Tuchel has downplayed concerns that Reece James suffered a concussion during their 2-0 victory over Arsenal on Sunday.

The defender made a huge impact on the game by assisting Romelu Lukaku to score on his debut before netting their second in a comfortable victory.

However, there was a worrying moment for the 21-year-old in the second half after a nasty collision with Nuno Tavares as both men battled for an aerial ball. 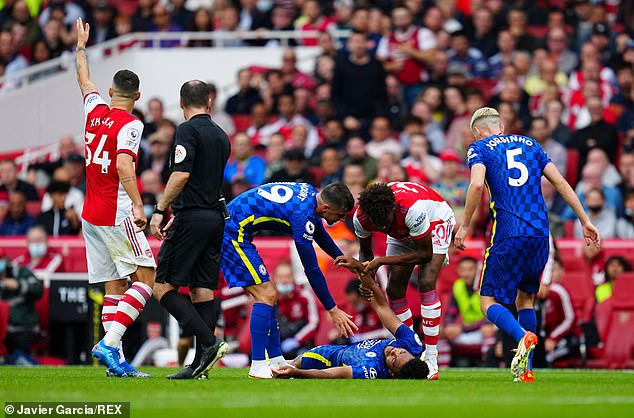 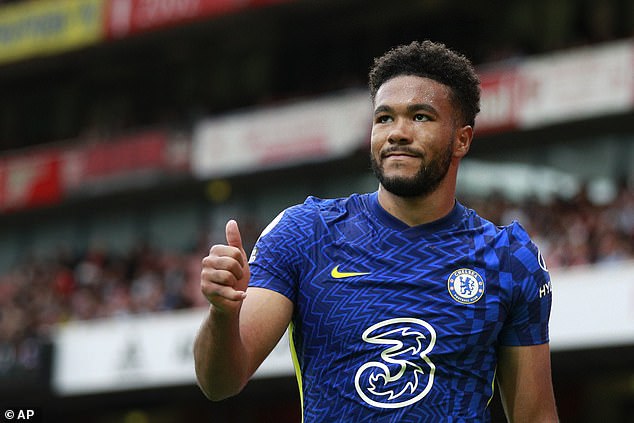 It looked like he had been knocked out and the crowd at the Emirates fell silent as the defender was stricken on the ground.

Arsenal and Chelsea players went up to check on him before medical staff came onto the pitch.

He eventually got to his feet and after receiving more attention on the sideline he returned to the pitch to the surprise of Sky Sports commentator Gary Neville.

After the game, Tuchel was questioned over James and whether he had been knocked out in the collision. 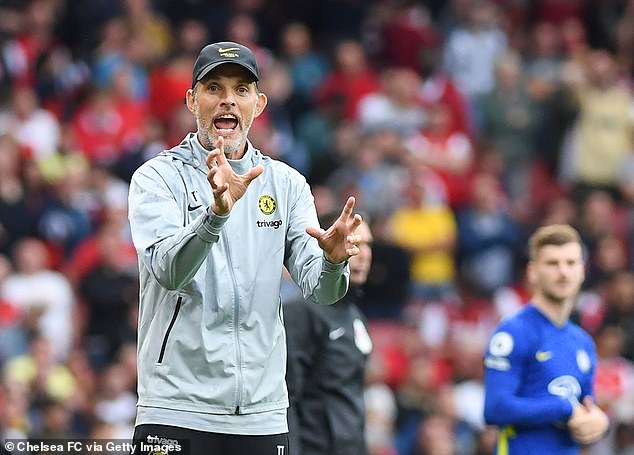 The German manager responded: ‘He was not at all unconcious.

‘He was just worried that he broke a tooth and that’s why he was a bit shocked but nothing else.’

The collision didn’t seem to affect James who played the final 20 minutes of the game as Chelsea went on to take their second victory in the opening two league games.

It was a great performance by the youngster who was making his first start of the season after coming on a substitute during the 3-0 victory on the opening weekend against Crystal Palace.

The result puts Chelsea top of the table and level on points with Liverpool, Brighton and Tottenham who also won their opening two games. 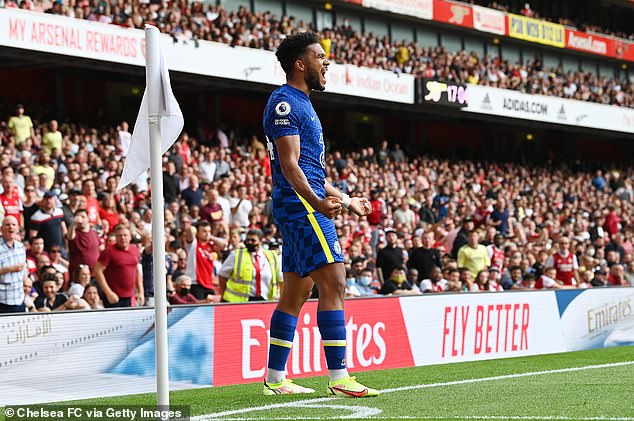