Thousands of sex toy enthusiasts have flocked to Hong Kong for what is thought to be one of the world’s largest adult exhibitions.

Visitors to the Convention Centre in Hong Kong were treated to a mind-boggling array of vibrators, sex swings and primarily silicone dolls.

Rising in popularity, particularly in the Asian market with around 2,000 of the life-like dolls – which cost from $6,000 sold each year in Japan, sex dolls are regularly exhibited at The Asian Adult Expo, each year becoming more realistic in both appearance and touch.

The figures on sale are fitted with realistic human body parts in order to make them as accurate a representation of a woman as possible.

Customers at the fair could be seen admiring the craftsmanship of the figures, with sales assistant demonstrating their life-like features.

As well as graphically accurate genitalia, manufacturers of the dolls have worked hard to replicate facial features and even lines on the skin.

The dolls were displayed in various compromising positions with one man pictured admiring a scantily clad figurine positioned on all fours. 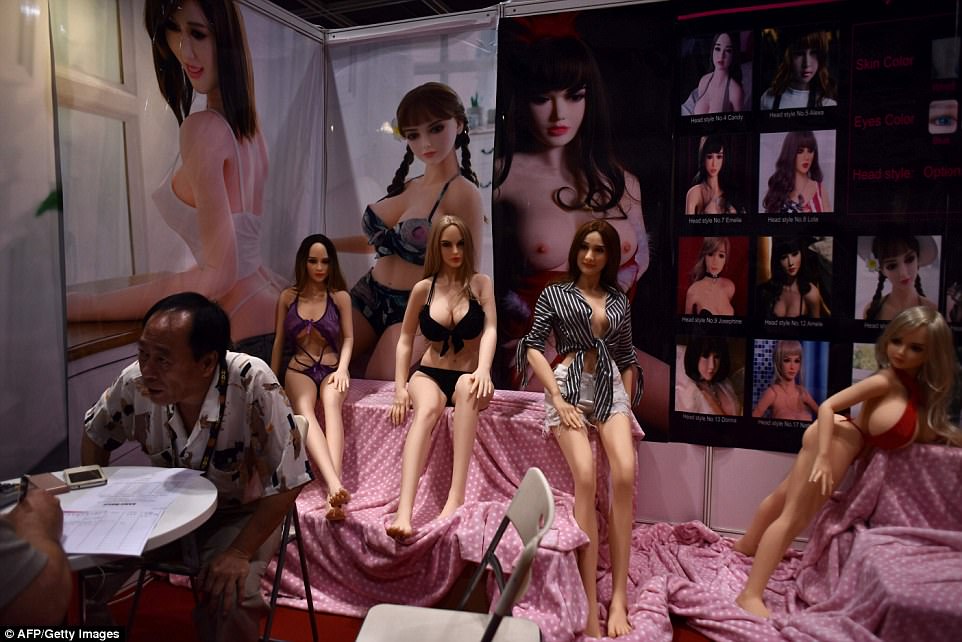 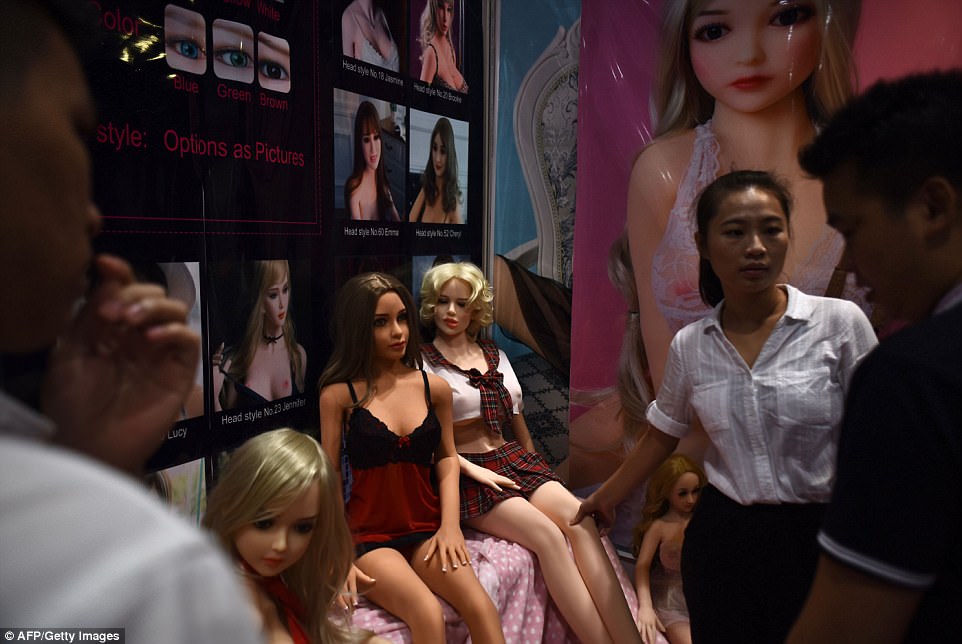 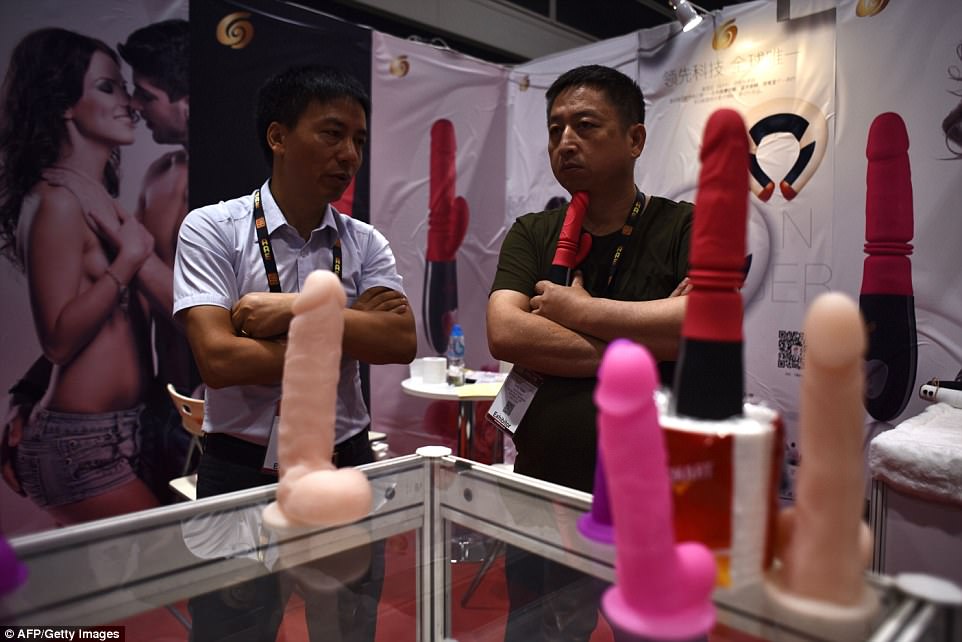 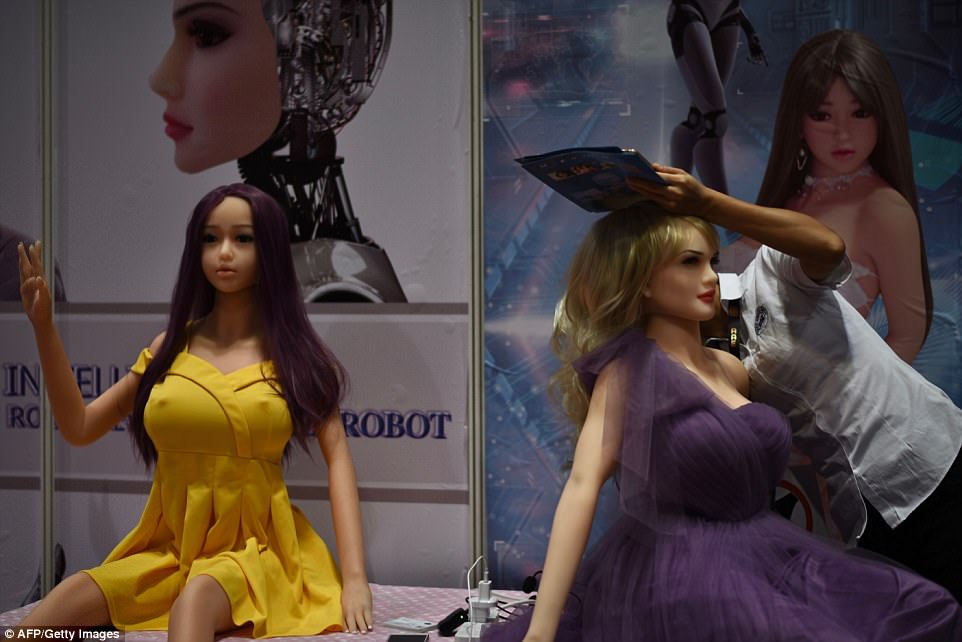 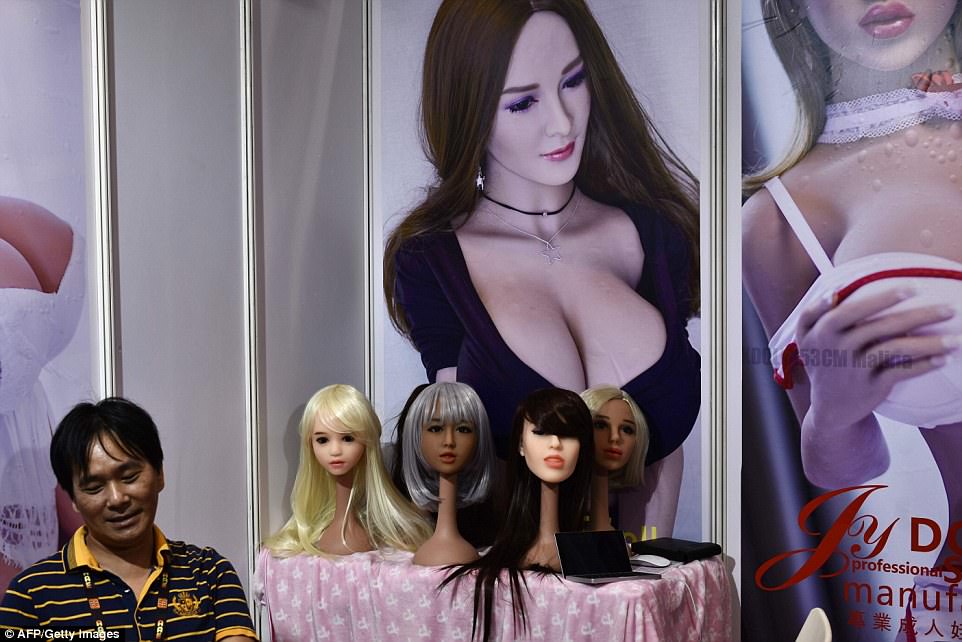 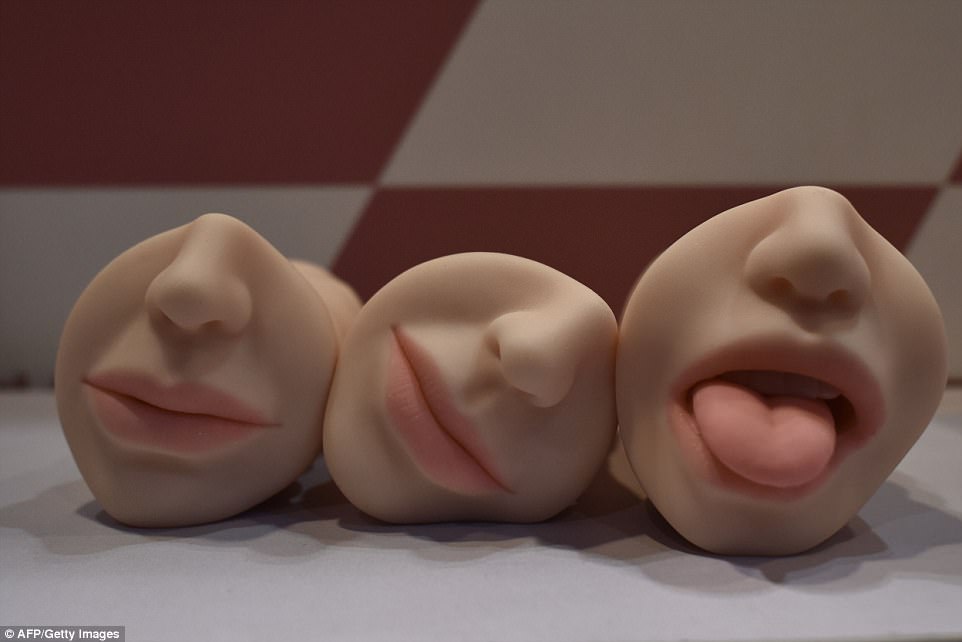 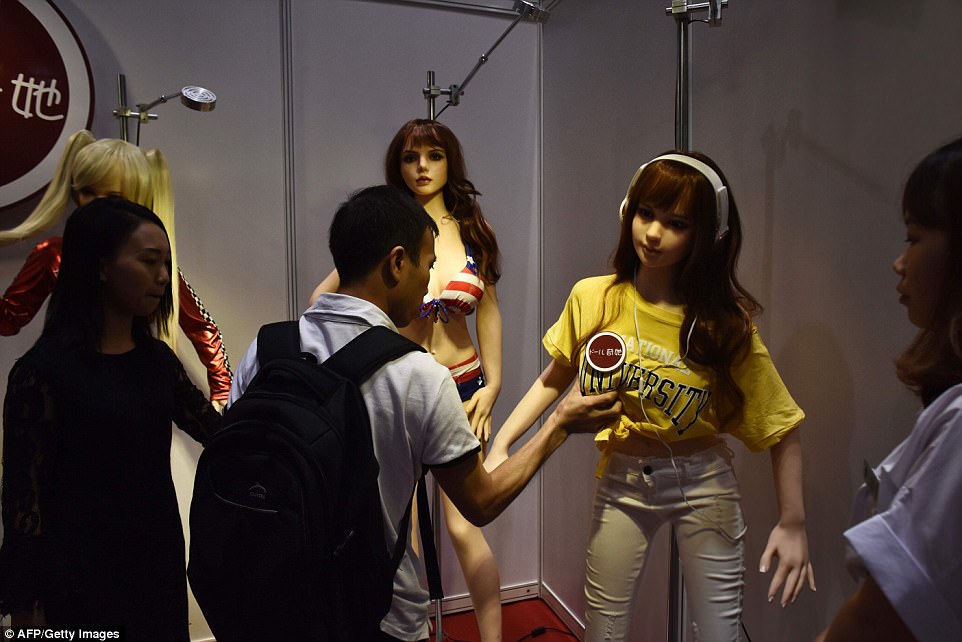 Many of the dolls come with detachable body parts so that men can design their ideal ‘woman’ as well as transport the figure easily.

The expo also featured stalls targeted at male and female shoppers with a vast array of colourful silicone vibrators on display. 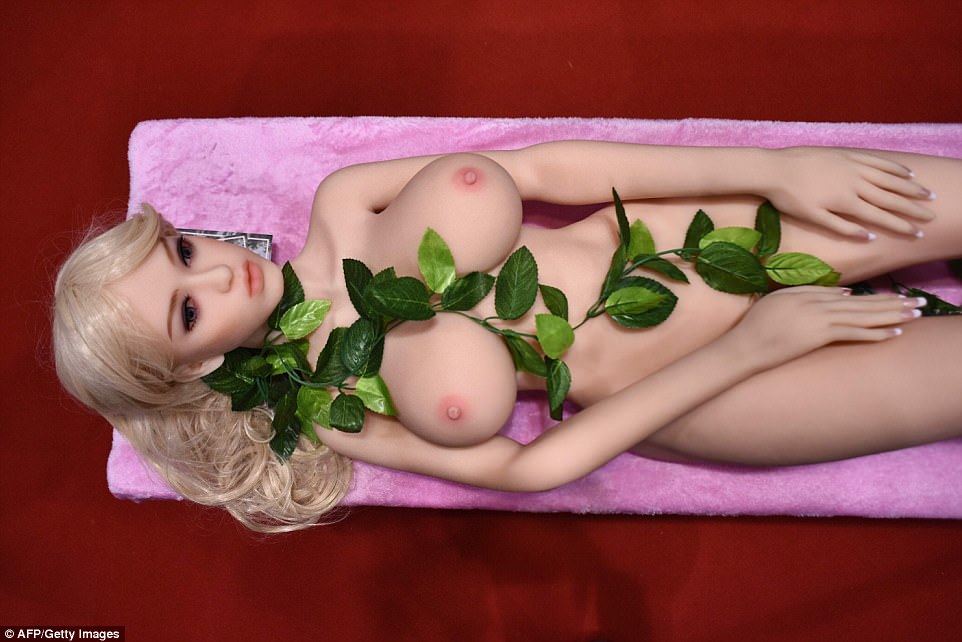 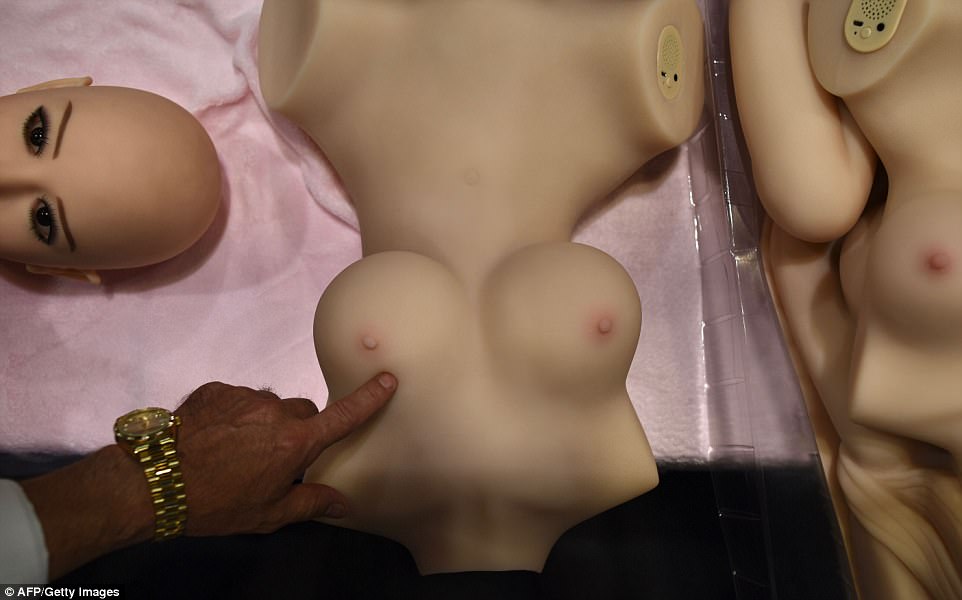 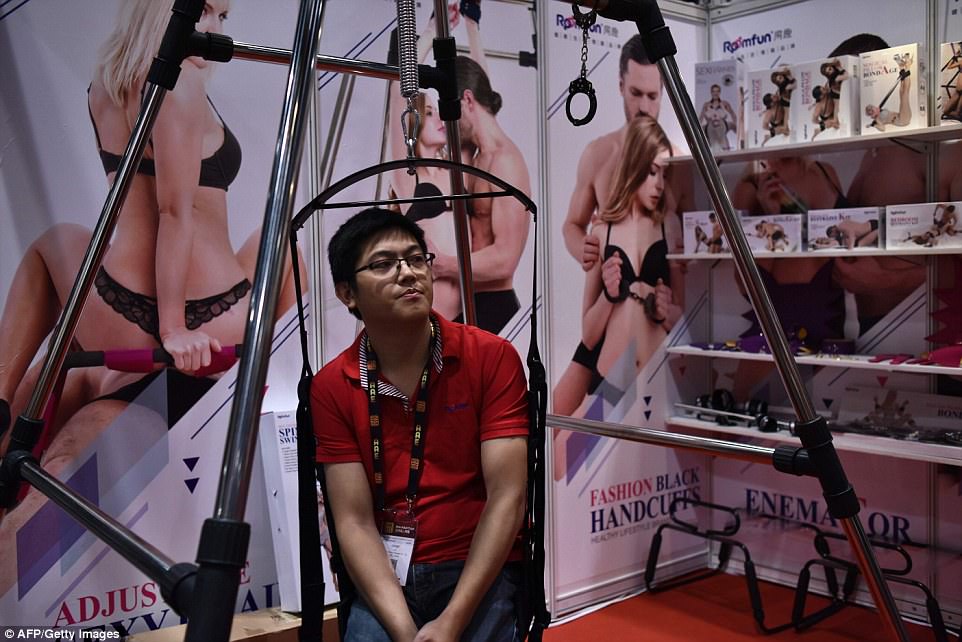 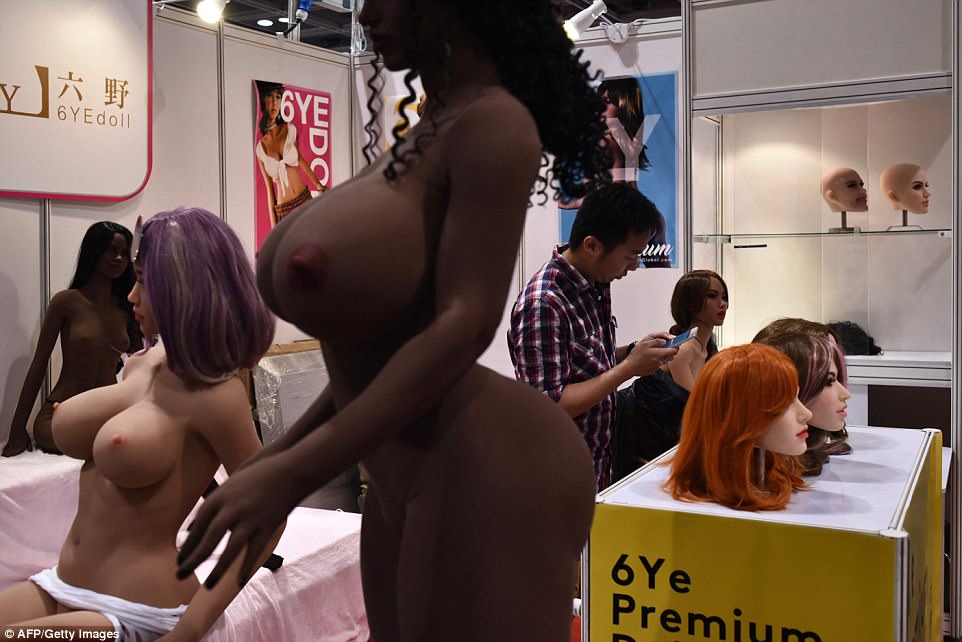 The dolls are available in a range of ages, sizes and nationalities in order to cater to each individual’s taste 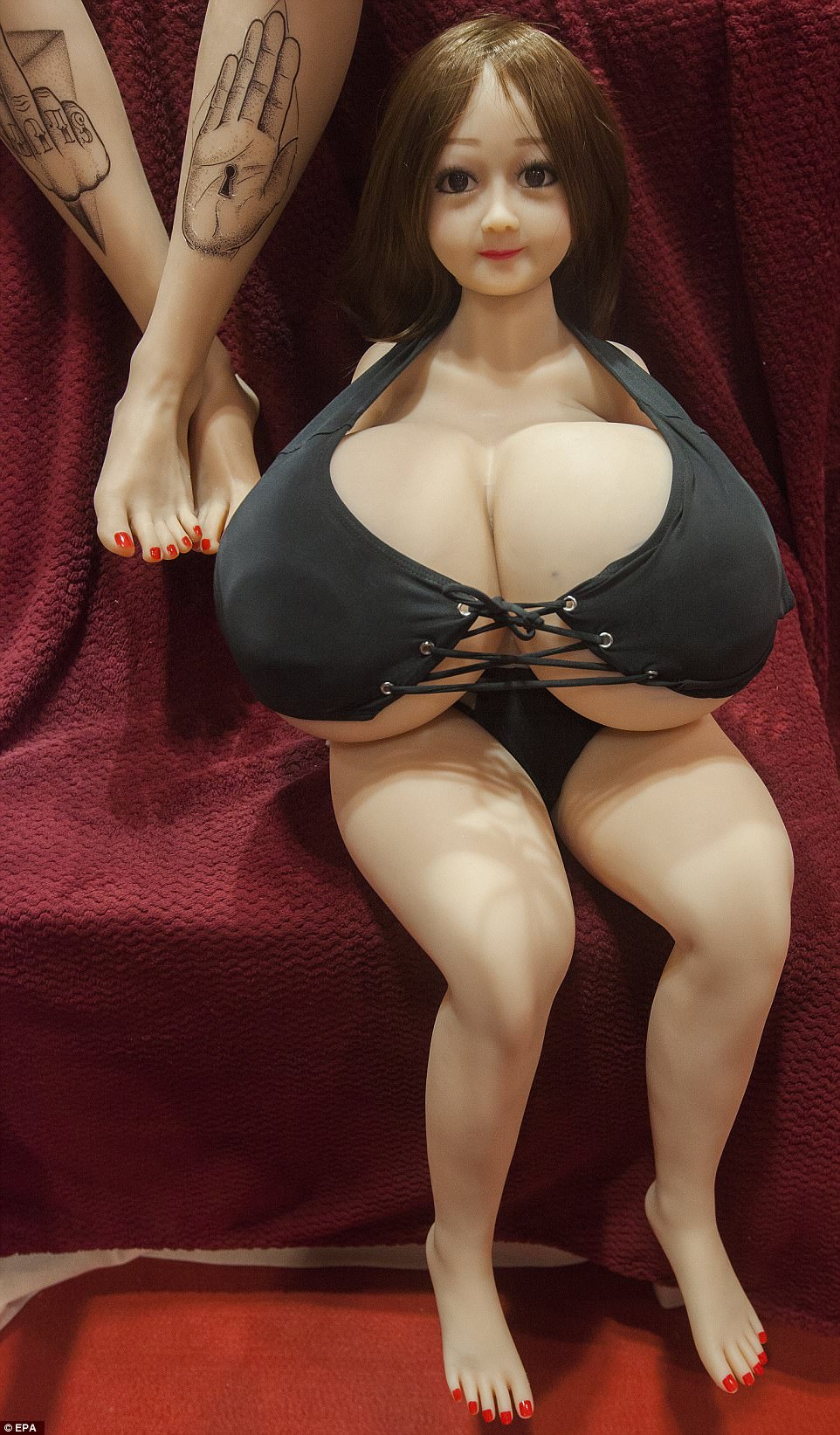 This extraordinary doll has been fitted with an enormous pair of breasts and nipples, and is one of the more unusual figures on sale 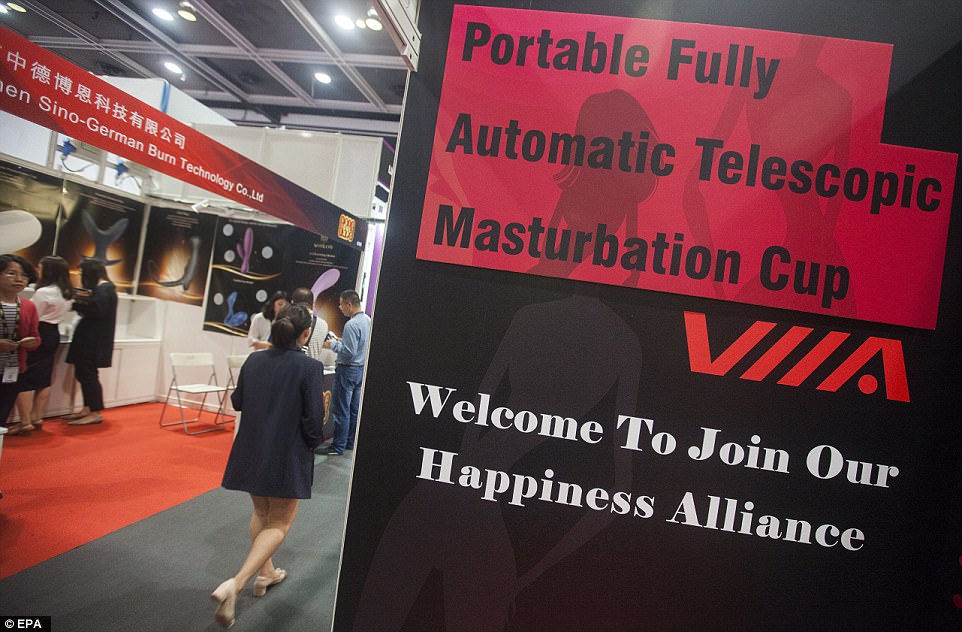 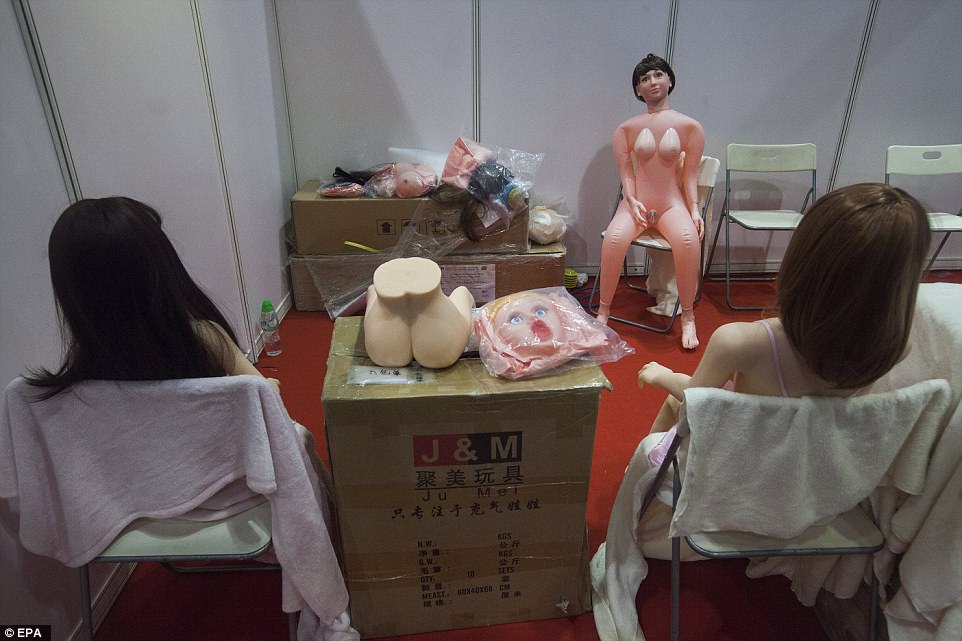 While many of the dolls on sale were extremely lifelike, cruder blow-up figurines were also on sales for those on a budget 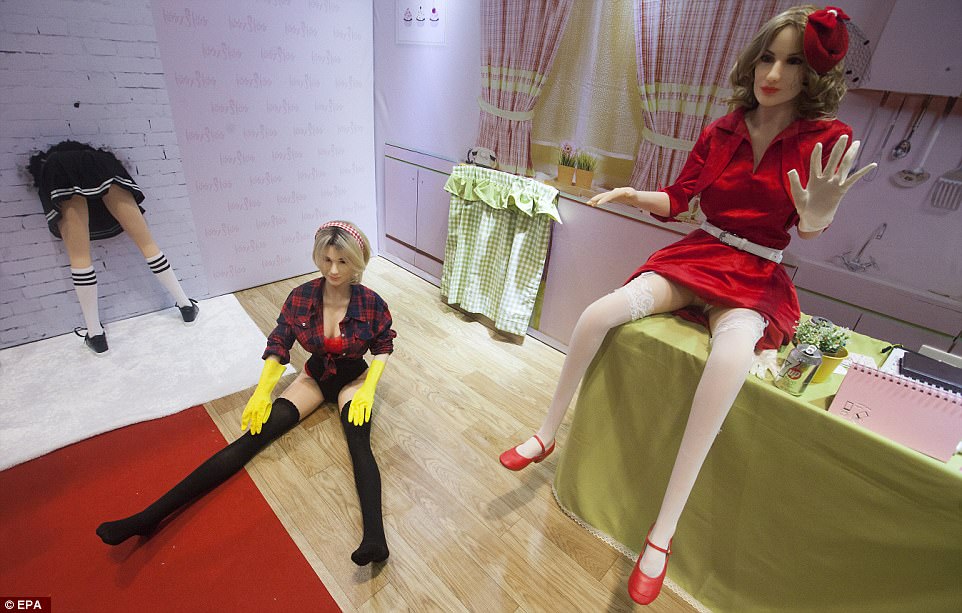 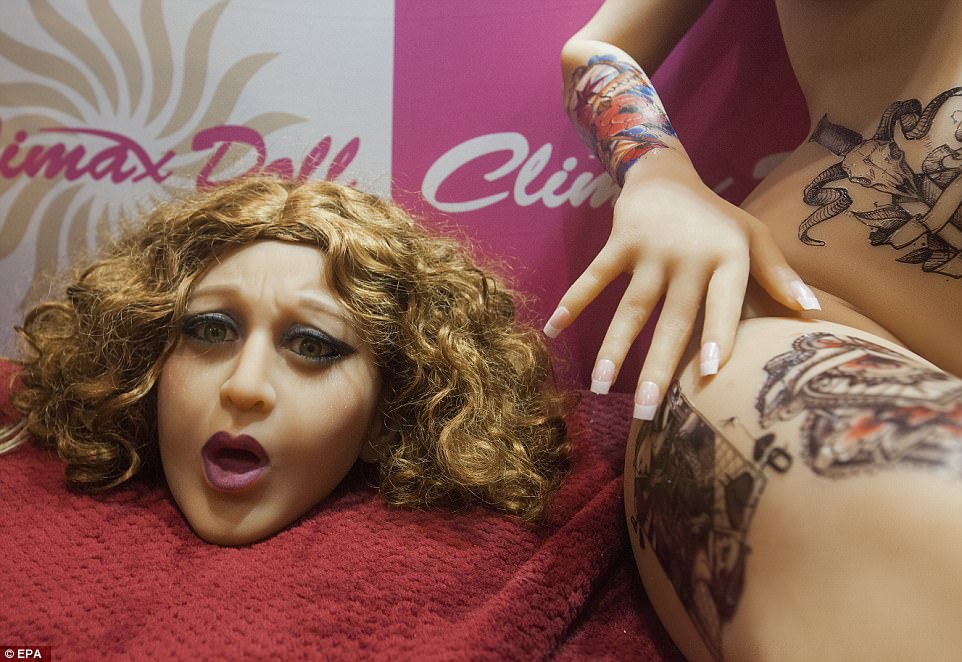 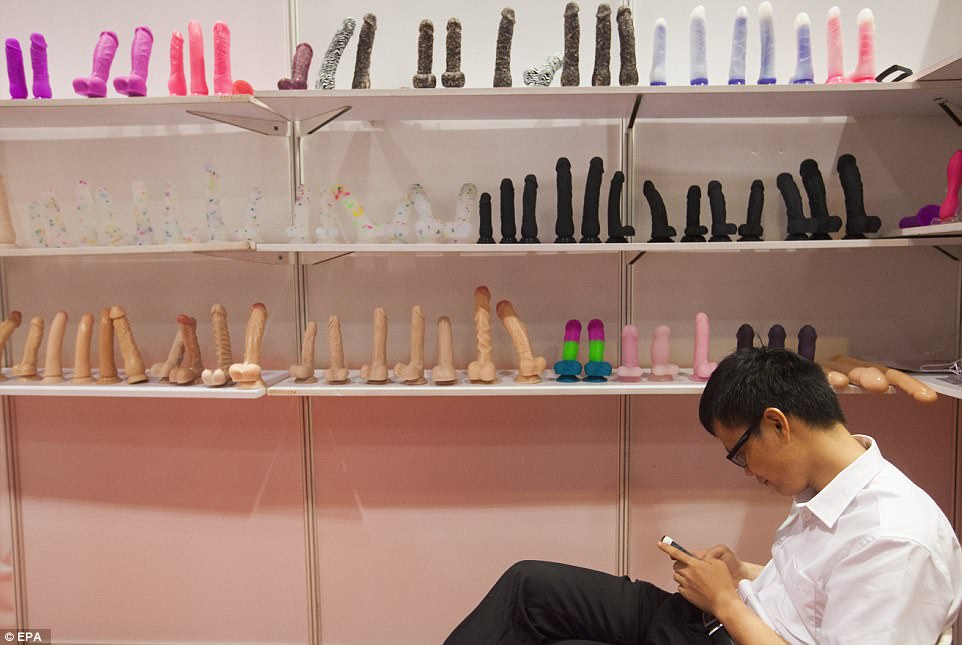