Australians have gathered across the country in the chilly dawn to mark Anzac Day at public ceremonies for the first time since 2019.

Last year Anzac Day was marked by televised services only and no marches for the first time in more than a century as the COVID-19 pandemic kept people indoors.

Services and marches were back with limited crowds in most parts of the country.

Only services in Western Australia’s Perth and Peel regions were cancelled after a hotel quarantine outbreak led to community virus transmission and the imposition of a three-day lockdown.

Sunday marks the 106th anniversary of the landings at Gallipoli, a campaign which ultimately cost more than 8700 Australian lives.

Like last year, many Australians paid tribute at home by standing at the end of their driveways at dawn.

Australians have gathered across the country in the chilly dawn to mark Anzac Day at public ceremonies for the first time since 2019. Pictured: People attend the consular corps wreath-laying ceremony commemorating  in Sydney 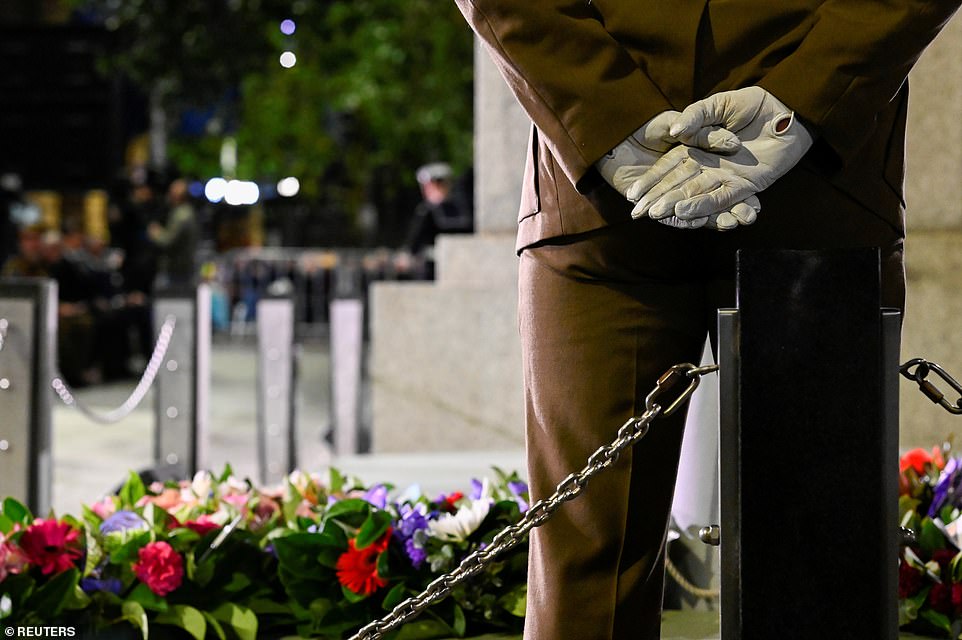 Prime Minister Scott Morrison told the dawn service at the Australian War Memorial in Canberra that the nation faced a defining moment 12 months ago.

‘A moment of uncertainty and danger, when the future seems so uncertain, masked by fog,’ he said in front of about 3000 people.

‘We could not gather, but we held candles in driveways and on balconies and we played the Last Post on radios and iPhones as some, especially in our west, will do again today.

‘And together we called on our past to light up the dawn, and in doing so, we rediscovered a deep truth about who we are – our strength is found in each other.

‘When we are threatened, when our peace and our safety and our security are imperilled, in these moments our differences fade away.’ 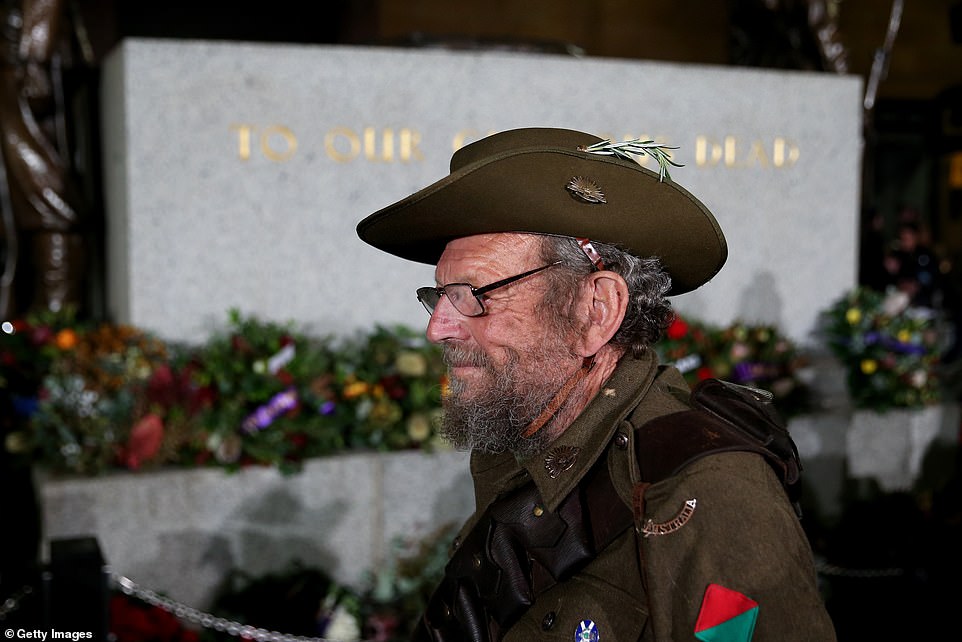 Mr Morrison acknowledged the service came as Australia prepared to withdraw its last troops from Afghanistan.

‘It has been our longest war. The world is safer from the threat of terrorism than when the Twin Towers were felled almost 20 years ago, but we remain vigilant. However, this has come at a great cost.’

Australia lost 41 Australian Defence Force members in Afghanistan out of the more than 39,000 who served.

Labor leader Anthony Albanese, who attended a dawn service in Balmain, said it was a difficult time for current and former service personnel with the release of the Brereton report into alleged Afghan war crimes, the announcement of the withdrawal from Afghanistan, and pending royal commission into veterans’ suicide.

‘This is why it is important this Anzac Day to show our respect for all those who serve, but particularly the current generation of men and women who keep us safe in an increasingly challenging world,’ he said in a statement.

Defence Minister Peter Dutton said the manner of commemoration was less important than the act of doing so.

‘In remembering the original Anzacs – and those that followed them – we not only recall their deeds, but also recognise the best qualities that defined them.’

Mr Dutton also paid tribute to all past and current Australians who have served in the military, saying they had ‘fought to end evil and topple tyranny’, with many returning home physically or mentally scarred.

Chief of Defence Angus Campbell said current members of the ADF have a lot to be proud of.

‘Every day I see our people humbly carry out their duty with excellence and initiative, and display great mateship. This is the essence of the Anzac Spirit,’ he said.

‘We remember and honour those who went before us from the Gallipoli landing in 1915 through to the campaigns and operations of today.’

Mr Hurley said Anzac Day was ‘not just about history, it is very much about the here and now’.