New South Wales Health granted organisers an exemption from gathering restrictions, the first such exemption granted in NSW, with organisers trumpeting the decision as a victory for protest rights.

‘This is a massive win for not only the right to protest but for the queer community to say that the fight against transphobia and homophobia cannot wait,’ activist group Pride in Protest said in a statement.

Protest and celebration mixed on Oxford Street on Saturday after New South Wales Health granted Mardi Gras organisers an exemption from gathering restrictions, the first such exemption granted in NSW 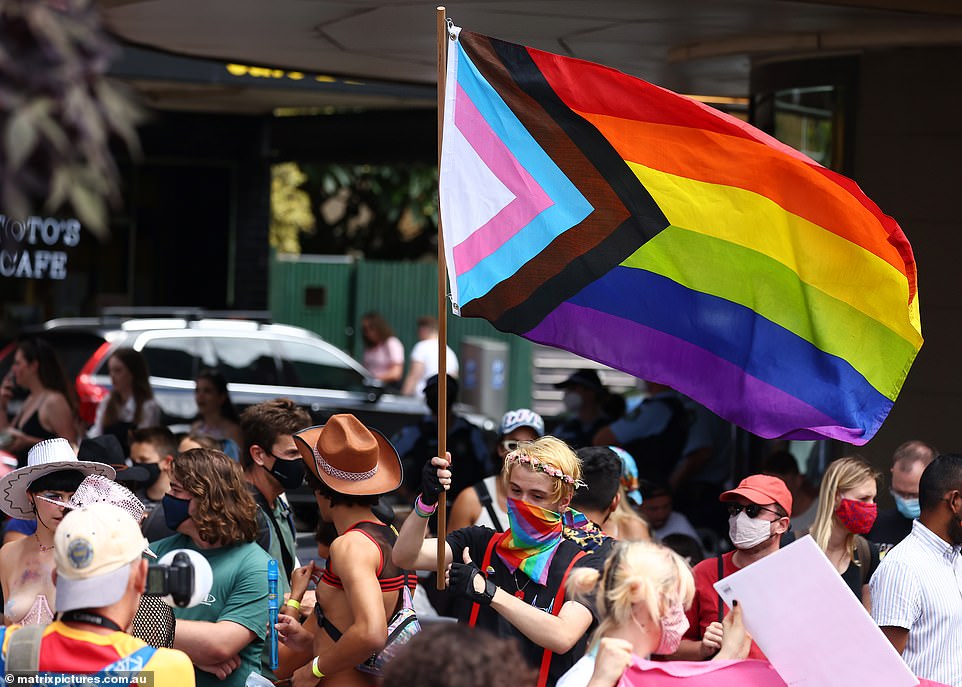 The march began on Saturday afternoon ahead of the official Gay and Lesbian Mardi Gras parade, which was moved to the Sydney Cricket Ground due to Covid-19 regulations.

Revelling protesters assembled at Taylor Square and set off raising awareness about a range of issues including women’s rights, gay and lesbian rights, the Religious Discrimination Bill, transgender rights, black deaths in custody and police brutality.

The green light from NSW Health meant a court showdown between activists and the police, who wanted the rally stopped, was called off at the last minute.

Pride in Protest approached Health Minister Brad Hazzard for an exemption to the 500-person limit on public gatherings on Thursday afternoon. 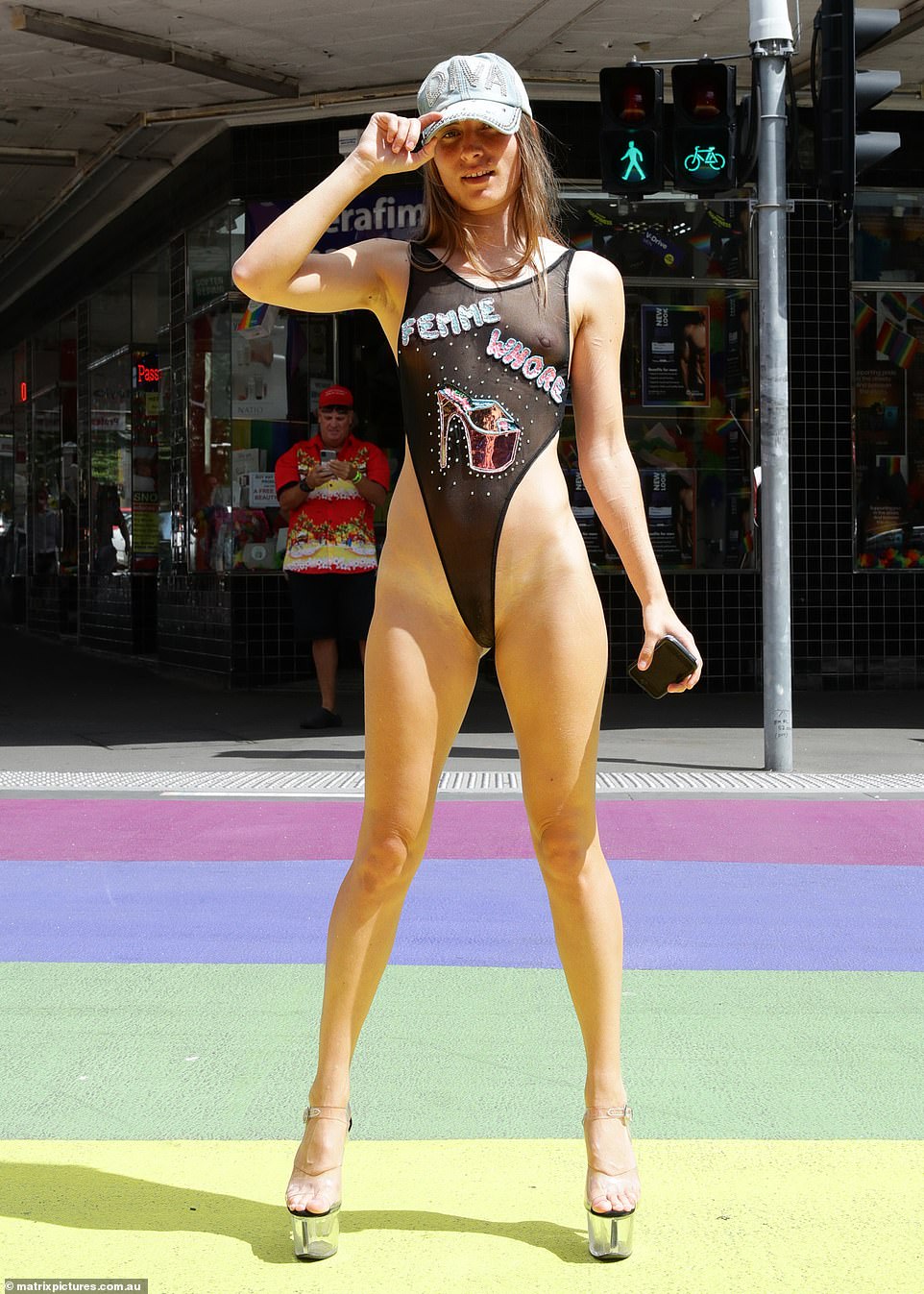 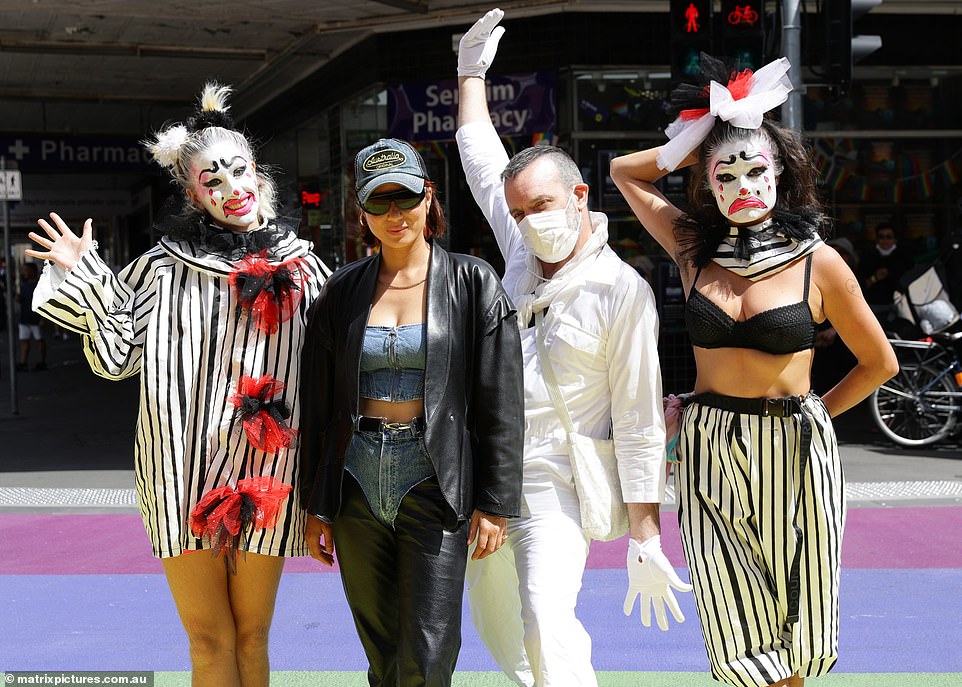 Mr Hazzard had previously refused an exemption for an Invasion Day rally in Sydney in January.

NSW MPs including Labor’s Jo Haylen and the Greens’ Jenny Leong wrote to Mr Hazzard over the pride rally, as did members of the ’78ers protest group, who started the Mardi Gras movement amid police violence.

Mr Hazzard agreed to the exemption on Friday morning after the group agreed to enhanced contact tracing processes. It has been 47 days since NSW recorded a locally-acquired coronavirus case.

But police have vowed to turn up in large numbers on Saturday, with officers to be deployed across Oxford Street, Hyde Park and Moore Park. 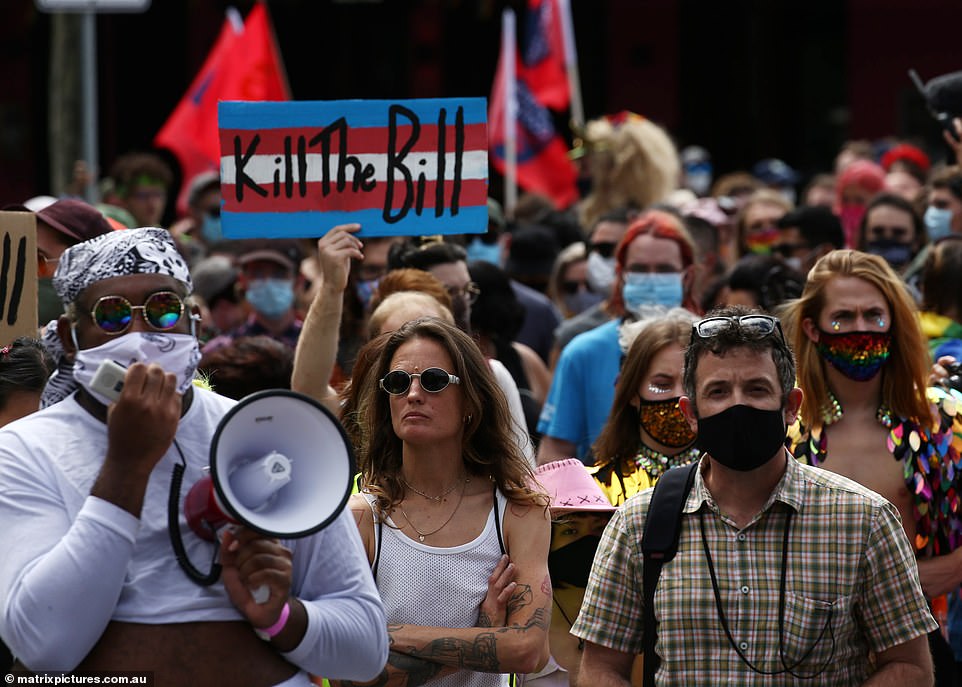 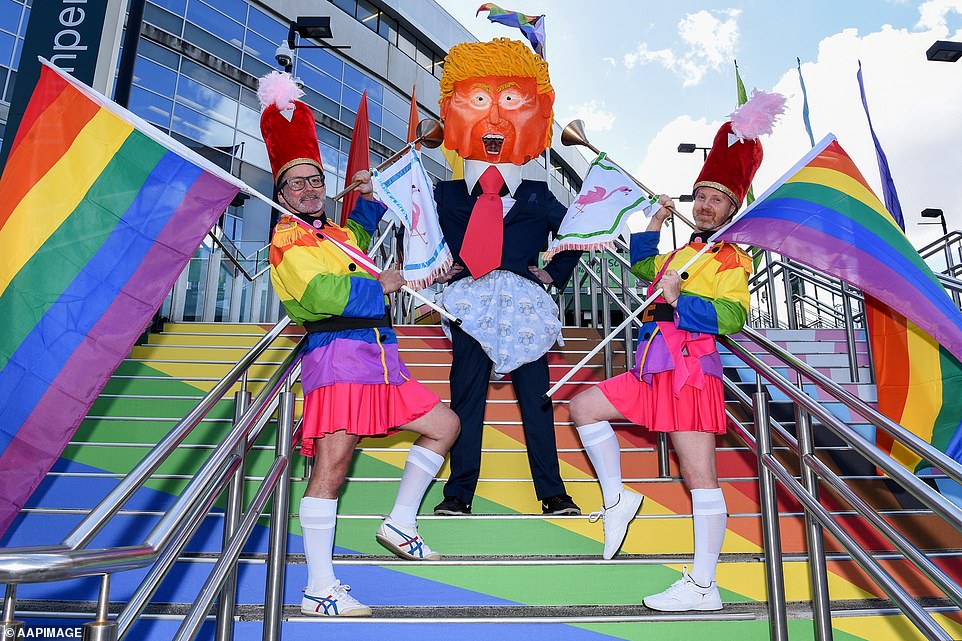 ‘Hopefully the police won’t get in our way tomorrow,’ Pride in Protest’s Evan Gray also said on Friday.

Meanwhile, the head of Sydney Mardi Gras defended the social justice credentials of the main event.

‘We’ve given every single float a 45-second dedicated spot on our broadcast to get their message across … it’s not just about walking around in fancy costumes, it’s a social justice event,’ Mardi Gras chief executive Albert Kruger told reporters. 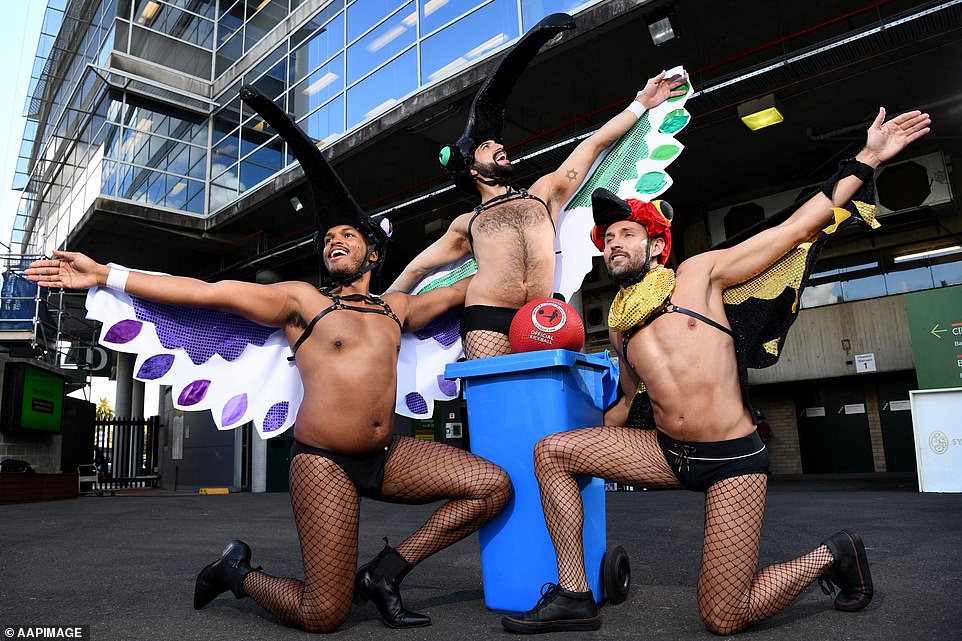 Better than bin chickens: even though there is no official parade, 2021 Mardi Gras outfits have not disappointed

Mr Kruger also said revellers should consider attending ticketed events and after parties or host gatherings of up to 50 people at home.

About 10,000 people are expected at the Mardi Gras parade at the SCG.

Ms Leong warned the government that if they thought the mobilisation around LGBTQI issues was big, ‘they have seen nothing’ compared to the women’s March For Justice planned for March 15.