A VERY unique Anzac Day: Australians stand at the end of their driveways to pay respect during Dawn Service and remember those who gave their lives – as marches and public remembrances are cancelled for the first time since WW2

Thousands of Australians have stood at the end of their driveways with candles to remember those who defended their country during the annual Anzac Day Dawn Service.

This year was unlike any other, with all marches cancelled for the first time since WW2 and the few remaining services held behind closed doors due to the coronavirus pandemic.

Australians did not let the health crisis stop them from paying tribute to the nation’s servicemen and servicewomen and instead marked the day by decorating their front gardens, lighting candles and listening to commemorative services from their balconies, driveways and living rooms. 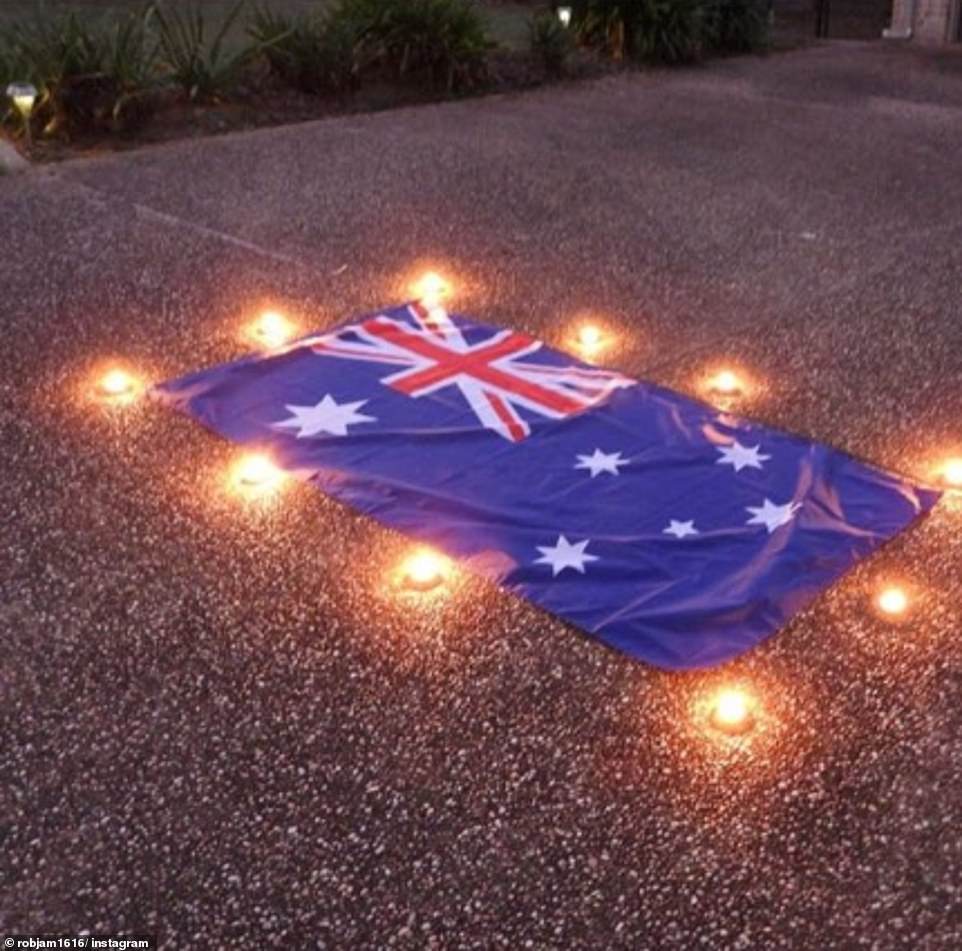 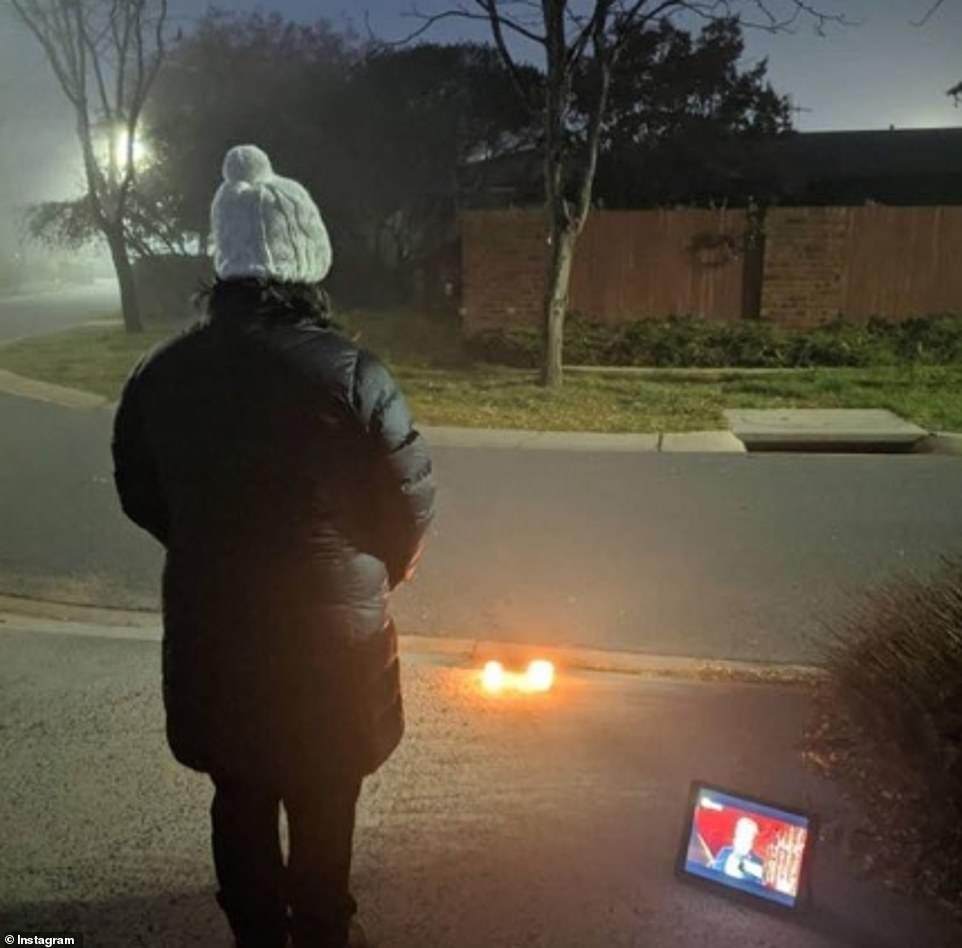 Pictured: A woman streams the Anzac Day commemerative service in Canberra from her driveway on Saturday morning 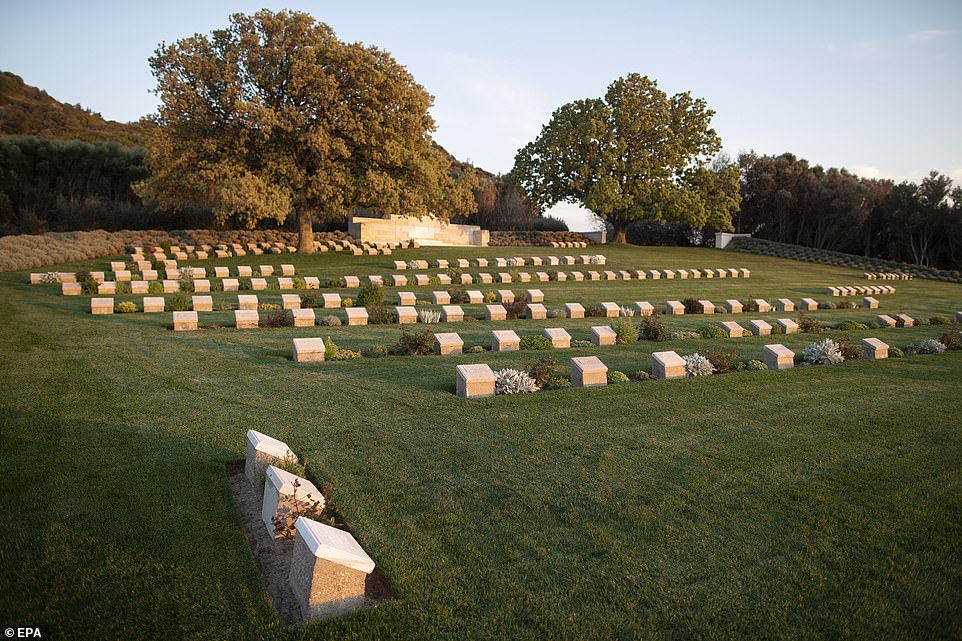 Pictured: A general view of the empty ANZAC cemetery at the ANZAC Cove on the Gallipoli peninsula during sunset, in Canakkale, Turkey, on April 24 2020

The national commemorative service at the Australian War Memorial in Canberra was closed to the public but broadcast to homes across the country from 5.30am on Saturday morning.

Prime Minister Scott Morrison delivered the address and the broadcast concluded with The Ode, The Last Post and a one-minute silence at 6am.

The prime minister drew on the words of his wartime predecessor John Curtin as he gave the address to a crowd-free commemorative service.

‘Here in Canberra, on this day, 75 years ago and the midst of war, our then Prime Minister John Curtin, called for every citizen to give equal measure of devotion, what our servicemen and women give every day,’ he said.

‘He reminded Australia that the original Anzacs handed on a torch, clenched and carried high, and that is passed on to every generation of Australians.

‘This Anzac Day, it’s been passed to us. And so together, with faith in each other, and guided by the lives and examples of those who’ve gone before, we grasp that torch and we raise it high again lighting up the Anzac dawn. Lest we forget.’ 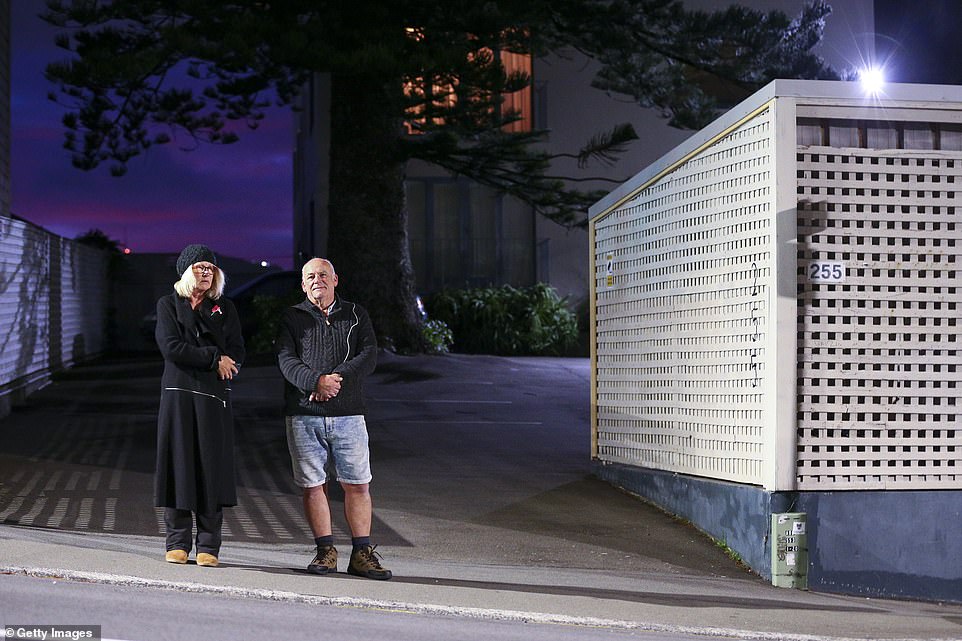 Mr Morrison delivered his speech alongside the roll of honour, which marks the names of 102,000 men and women who have died in service.

‘Through these 102,000 men and women, and the millions more who’ve worn our nation’s uniform, we come to understand what love of family, community and country truly means,’ Mr Morrison said.

A didgeridoo sounded the beginning of the national commemorative service.

Marches have been cancelled for only the third time – the last time in 1942 and previously during the devastating Spanish flu outbreak.

Broadcast coverage of services in other cities will follow.

NSW Premier Gladys Berejiklian, Governor Margaret Beazley, RSL NSW acting president Ray James, a bugler and a vocalist will take part in the 30-minute service from Sydney’s Anzac memorial in Hyde Park and the Cenotaph in Martin Place, which will be televised at 10am.

The RSL’s Light Up the Dawn campaign asked Australians to stand on their balcony, in their driveway or living room with a torch or candle immediately following the televised dawn service and share tributes on social media.