Thousands of hard-up pensioners face food and fuel poverty as their free TV licences are scrapped from today, campaigners warn

Thousands of pensioners face being driven into food and fuel poverty after their free TV licences are axed from today, warn campaigners.

The BBC’s decision to scrap the freebie for most over-75s means more than three million households will be asked to stump up the £157.50 annual fee for the first time.

However, a study by a major charity says more than 500,000 pensioners are unaware that they could qualify for a free licence because they are on low incomes.

Over-75s can keep a free licence if they claim pension credit, a form of benefits. But the Age UK research says there are up to 590,000 over-75s eligible for the credit who don’t claim it.

File photo shows an elderly woman watching television. Over-75s can keep a free licence if they claim pension credit, a form of benefits. But the Age UK research says there are up to 590,000 over-75s eligible for the credit who don’t claim it

The workforce at the BBC has fallen by just two per cent over ten years, analysis reveals.

Bosses had wanted to cut staff by 10 per cent, reported the Press Gazette. By 2017, more than 2,600 had gone but this was cancelled out by new jobs in World Service News and public service broadcasting plus the launch of BBC Scotland. Staff costs rose £188million to £1.48billion for 2009-19.

They could be forced to choose between having no TV and slashing their food and energy bills if they fail to register for pension credit, says the charity.

There are many reasons pensioners don’t claim the benefit, from ill-health to feeling embarrassed about asking for help. Age UK says the disabled and dementia patients will be among those who come under pressure to pay up.

The BBC faced renewed calls last night to scrap the policy, with critics accusing the corporation of exploiting pensioners to plug budget gaps when money could be saved elsewhere.

Caroline Abrahams, of Age UK, said: ‘As things stand, more than half a million of the poorest pensioners will still have to pay for a licence, cut spending on other essentials like food or heating, give up TV altogether, or keep watching without a licence, in breach of the law.

‘Plus, there’s the over-75s whose income is just a few pounds or even pence too high for them to qualify for pension credit. As the disastrous impact of the BBC’s plan on some of our ‘oldest old’ becomes apparent, we hope this will bring the corporation and the Government back to the table.’

Philip Davies MP, who sits on the Commons digital, culture, media and sport committee, said pensioners may end up in court for not paying. ‘Is that really where the BBC wants to go with this?’

Peter Bone, one of more than 60 Tory MPs who wrote to BBC director-general Lord Hall to complain, said: ‘It’s just mean and nasty.’ 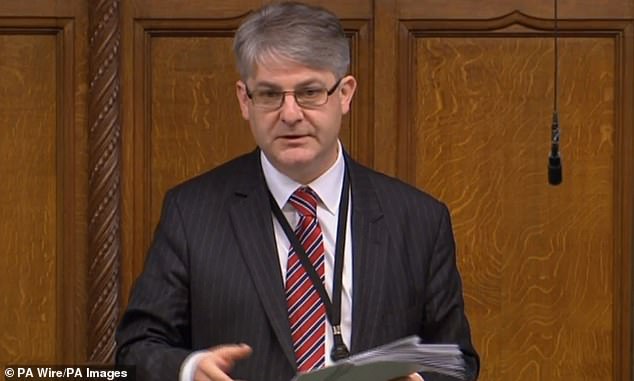 Philip Davies MP, who sits on the Commons digital, culture, media and sport committee, said pensioners may end up in court for not paying. ‘Is that really where the BBC wants to go with this?’

TV has become a lifeline for many during the pandemic. Nearly 2.5million over-75s live alone.

The corporation had planned to axe the free licences on June 1, but postponed it to today due to the pandemic.

They used to be funded by the Government but responsibility has been transferred to the BBC which says ending them could prevent it from having to axe BBC Two, BBC Four, Radio 5 Live and other channels and radio stations.

TV Licencing insisted the elderly would not be hounded and that it has ‘considerably increased’ staff in its customer support office for when applications begin today.