Protesters led by the satirical political party MKKP marched on the presidential palace  in Budapest last night against a new ‘slave law’, which allows employers to ask staff to work up to 400 hours per year of overtime.

Another part of the legislation, backed by Orban’s Fidesz party, would set new courts which critics could be politically manipulated. 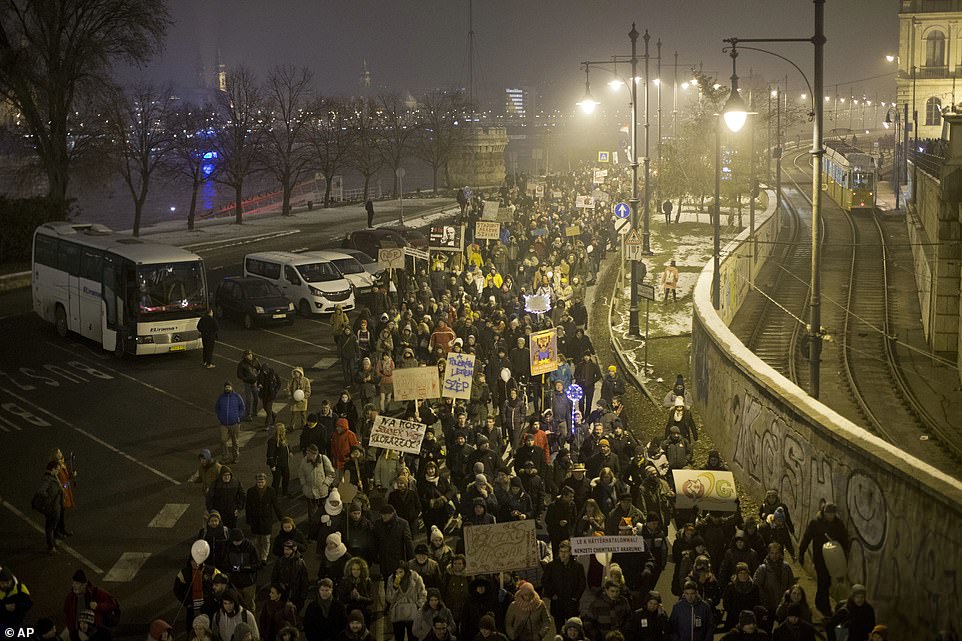 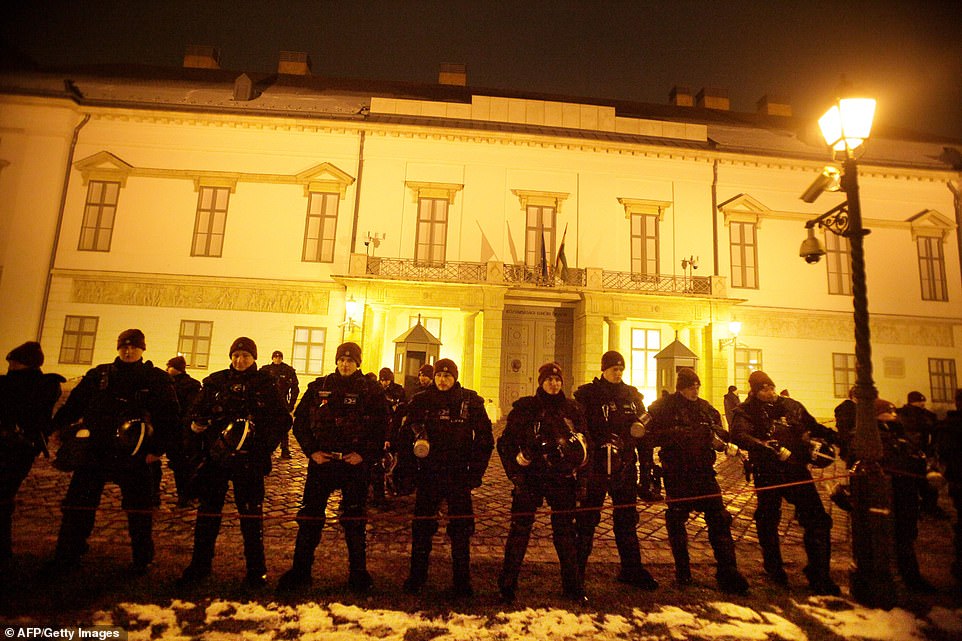 The Two-Tailed Dog Party (MKKP) protest started outside parliament where one protester was seen holding a placard which read ‘Happy boss, gloomy Sunday’.

MKKP launched more than a decade ago a way to poke fun at politics in Hungary, but it has now become a semi-serious force, using irony to tackle the most pressing situations in the central European nation.

University Almos Edes, 26, who was holding a sign which read ‘We promise everything’ beneath a logo of Fidesz, said: ‘I wanted to come because I consider the Dog Party to be the most serious of all in the current lineup, which is rather sad.’ 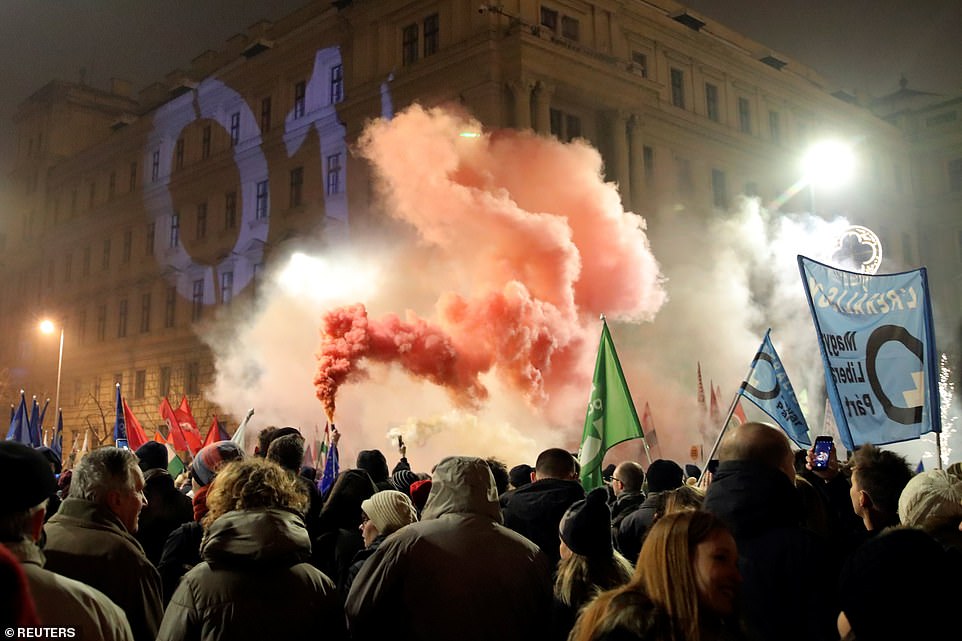 Flares were lit along the route as Hungarians made their feelings known about the new legislation. It will allow employers to ask workers to carry out 400 hours of overtime every year 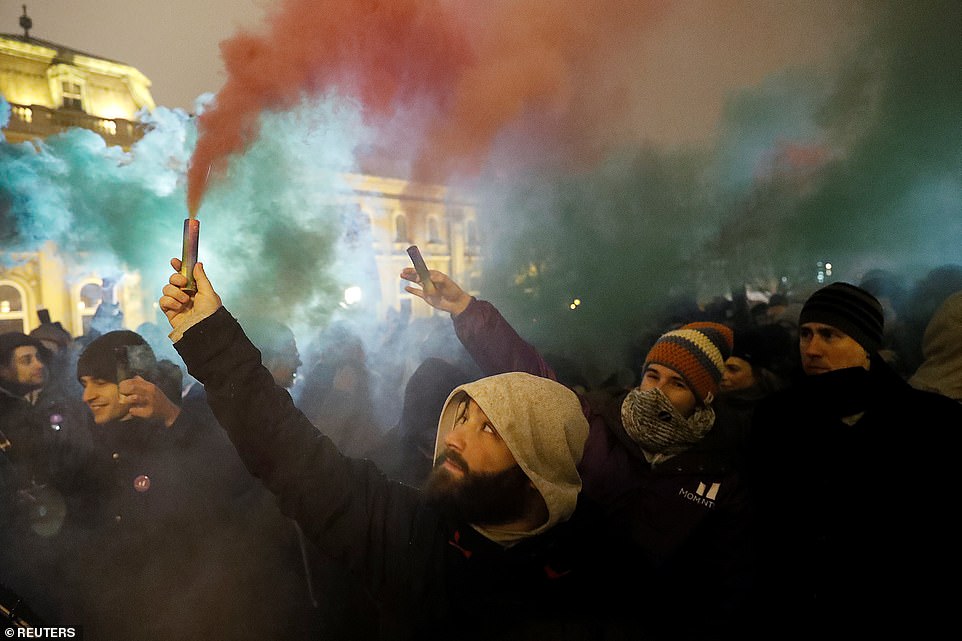 Demonstrators hold up flares during a protest against a proposed new labour law, billed as the ‘slave law’, at the Presidential Palace in Budapest

Edes was sceptical of any change being triggered by the rallies, but said he had joined to make his voice heard.

The rally last night also took aim at regulations which have led to the depature of the Central European University, founded by Hungarian-born billionaire George Soros, from Budapest.

Orban has said the protests have been partly stoked by activists paid by Soros, an accusation Soros’ Open Society Foundation has denied.

Demonstrators, subsequently joined by another rally called by opposition groups, then marched up to the presidential palace in Buda Castle, briefly blocking a bridge crossing the Danube River. 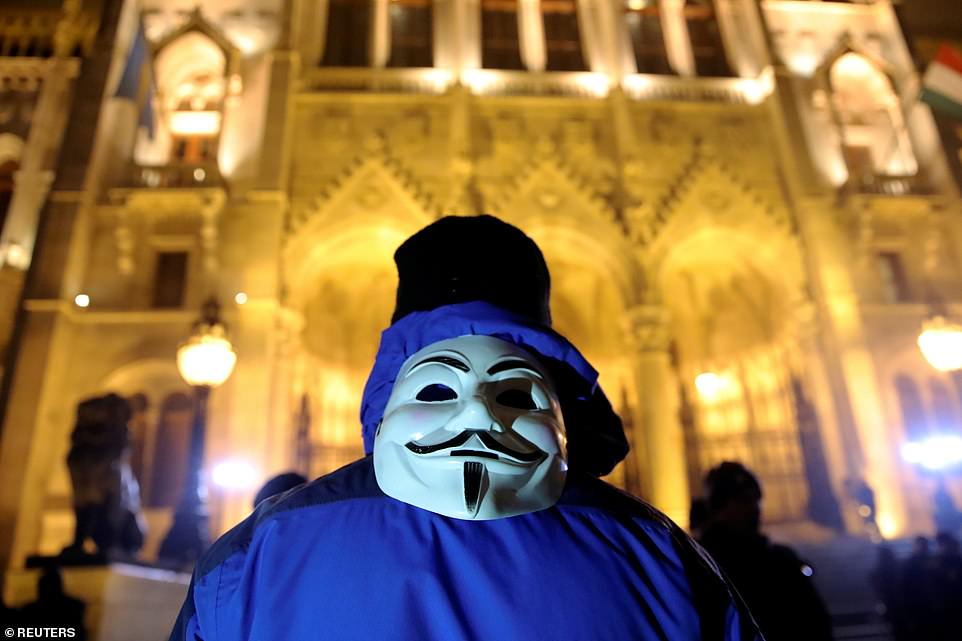 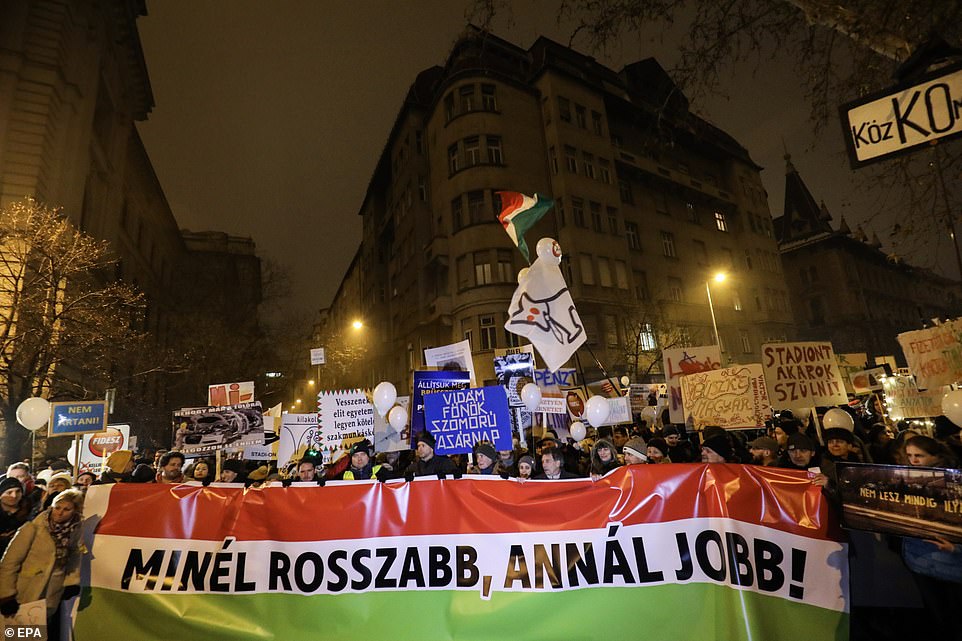