Thousands of parents are defying confusing advice from school officials and are sending their children back to the classroom.

Teachers have begged parents to keep kids at home, despite government health experts saying there is a ‘low risk’ of COVID-19 being transmitted in schools.

While 87 per cent of families are keeping children at home, department of education data showed, an extra 56,000 are going back to class.

This is eight per cent more than at the end of last term, when 95 per cent of kids were staying at home and doing classes online.

With parents unable to juggle caring for small children and working from home, 15 per cent of primary school children went back on Wednesday.

This is compared to just six per cent of high school students, who are more likely to be able to entertain themselves at home, according to figures seen by the Daily Telegraph.

Experts said there is a low risk of children catching the virus, but they can transmit it to others – but this has not been seen widely in Australia.

The country’s chief medical officer, Professor Brendan Murphy, said there has no evidence of ‘major transmission amongst children in schools’.

‘There are lots of downsides of children not going to school,’ he said on March 23.

‘They can practice reasonably good social distancing and hand hygiene and other practices in the school, and this, as we have said, is our long-haul measure. 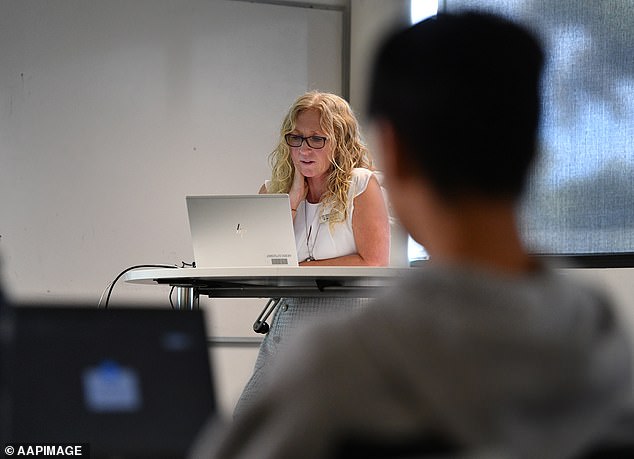 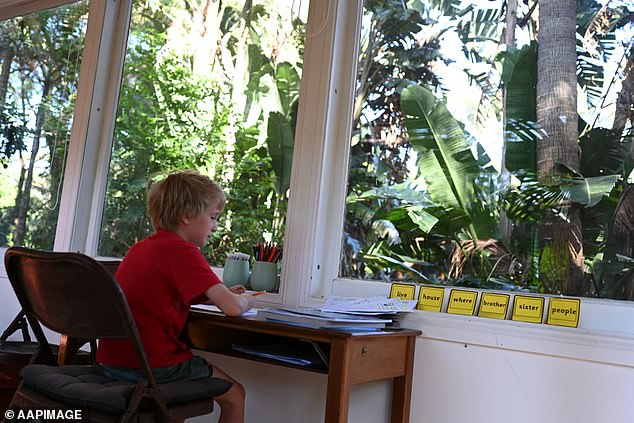 ‘And the impact on children of potentially missing several months of school is material.’

Prime Minister Scott Morrison has pushed for school attendances to increase, despite some states maintaining strict advice about keeping children at home.

But NSW Primary Principals’ Association president Phil Seymour pleaded with families to keep their kids at home if possible – and told Mr Morrison to ‘butt out’.

‘We need parents to hold the line, to follow the instructions their school gives out,’ he said.

‘By sending lots of kids in you’re going to send the whole system into chaos.

‘I think parents are in a dilemma because of what the Prime Minister has been saying and pushing, but he should butt out.’ 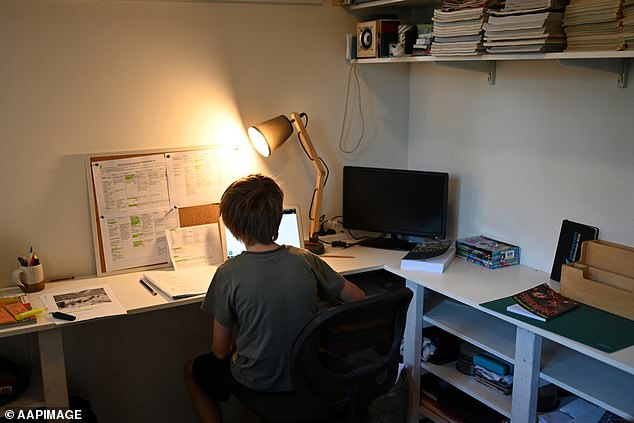 IS IT SAFE TO SEND KIDS TO SCHOOL?

Sending children back to school during the pandemic has become a tense issue.

But schools have been deemed ‘low risk’ for coronavirus transmission.

Chief medical officer Brendan Murphy said there was ‘no evidence of major transmission amongst children in schools’.

Children must try and practice social distancing, and teachers must keep classrooms and door handles clean.

If children are experiencing symptoms, or any of their household are, they should stay home.

But doubts were raised after an outbreak at two childcare centres in Sydney and Melbourne.

A four-year-old girl at Bright Minds Academy in Cranebrook, in Sydney’s west, attended the centre for two days while infected with coronavirus.

Another child at the Learning Sanctuary Yarraville in Melbourne has also been diagnosed with coronavirus.

Their age and gender has not been revealed and both childcare centres have been closed.

Parents have been urged to get their children tested if they show any symptoms of the virus.

No children have died from coronavirus in Australia and the risk to them is thought to be low.

‘I’m very concerned about the quality of education that’s going to be delivered to our kids this year,’ Mr Morrison has said.

The prime minister has even vowed to send his own daughters back to school during the COVID-19 pandemic, as long as proper teaching resumes in Australia’s classrooms. 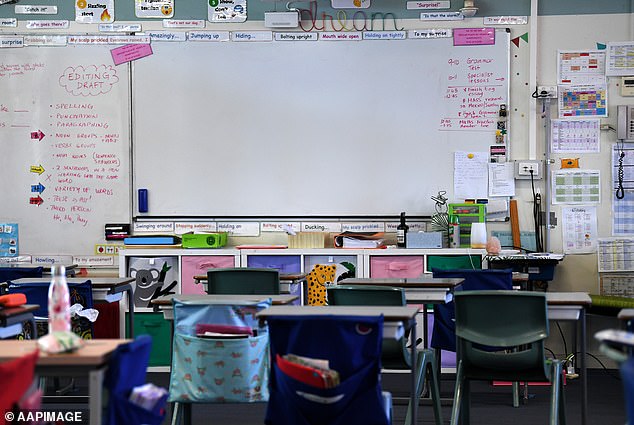 Classrooms across Australia have been left empty by the coronavirus pandemic (pictured, a Brisbane school on March 30) with many choosing to keep their kids at home

The prime minister’s daughters, Abbey, 11, and Lily, nine, who he shares with wife Jenny, attend an independent baptist school in Sydney.

But they were forced to miss the last week of term one, after a lack of teachers saw school descend into a ‘childminding’ service where they were left to ‘look at screens’.

Daily Mail Australia understands Mr Morrison intends to send his daughters back to school after the term break –  as long as normal teaching resumes.

In an interview on earlier this month, he explained he would have his children back in classrooms ‘in a heartbeat’ – if schools were back to ordinary lessons.

‘I kept my kids in school up until the last week because they weren’t getting taught at school in that last week,’ he said on 6PR. 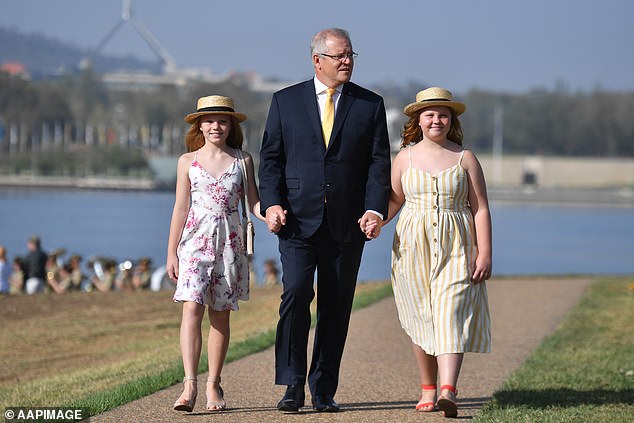 Scott Morrison (pictured, centre) has vowed to send daughters Abbey (left) and Lily (right) back to school as long as normal teaching resumes

‘I mean, they were sitting in a room looking at a screen, that’s not teaching, that’s childminding.

‘And schools aren’t for childminding. Schools are for teaching and they’re for learning.’

All states and territories, except the Northern Territory where attendance is compulsory, have made school optional.

Some, including Victoria, have told parents not to send children to class during the coronavirus pandemic.

HOW AUSTRALIAN SCHOOL STUDENTS WILL LEARN FROM TERM 2