Thousands of passengers evacuated at Adelaide Airport after ‘security incident’

Thousands of travellers were evacuated at Adelaide Airport after a security incident on Wednesday afternoon.

The airport confirmed the terminal was evacuated at around 2pm when faulty security equipment allowed some passengers to enter the concourse without being properly screened.

The chaotic scenes were captured, showing hundreds of confused customers piling out of the terminal.

An Adelaide Airport spokesman said in a statement that customers were evacuated from its Terminal 1 concourse due to an issue with security screening.

‘All customers were moved out of the sterile area, a sweep conducted, and customers are currently being re-screened and allowed to re-enter the concourse.

‘It is anticipated there will be some flight delays and passengers should check with their airlines for their flight status.

The entire area was evacuated while security conducted checks, before all passengers were rescreened.

Former Labor senator Chris Schact was among the passengers who were evacuated.

‘The place is just packed. I reckon there’d be a couple of thousand people,’ he told the ABC. 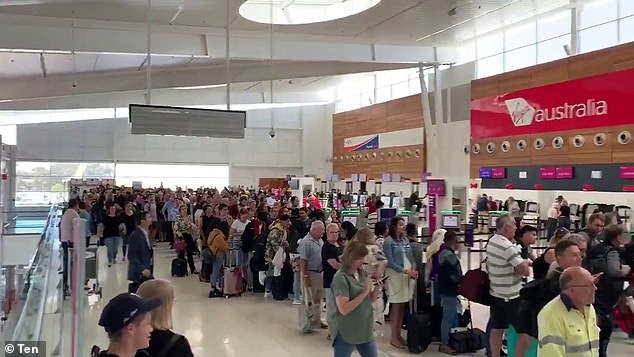 ‘All the planes that are due to take off. Passengers now won’t be able to get on them. They’ll have to delay leaving.’

Other customers described scenes inside the departure area as ‘chaos’ and said the evacuation went on for about 30 minutes.

‘They’re rushing us all through the x-rays at the moment so that’s a positive sign,’ one said.

‘There’s movement at the station so I’m feeling a bit better about things.’

At around 3.30pm, passengers were allowed to re-enter the terminal.

Some flight delays can be expected.

The airport is advising passengers to check with their airlines for their flight status. 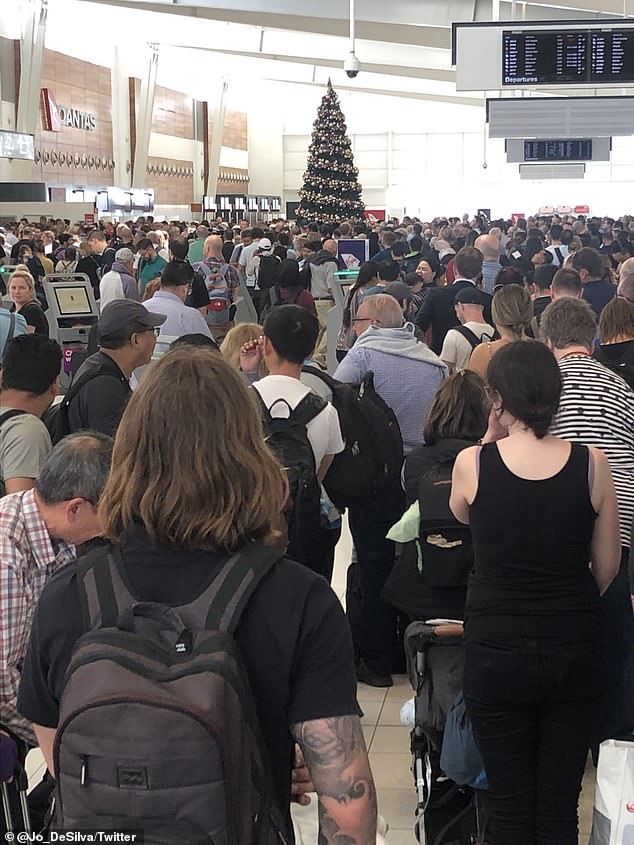 At around 3.30pm, passengers were allowed to re-enter the terminal to get properly screened