Nearly 3,000 people came together to break a world record for the most human Smurfs in one place.

In total, 2,762 blue-painted and white-capped participants met in Lauchringen on the Upper Rhine, Germany to break the record that had previously belonged to students in Wales.

Three years ago, there was an initial attempt to break the record, which was set in 2009 and stood at 2,510, but it failed.

Today, organisers were delighted to announce they had surpassed the old mark with children, adults and the elderly all taking part.

The ever-popular Smurfs were created by Belgian cartoonist Pierre Culliford in 1958.

And today’s event showed that the cartoon characters are still loved by many, as the near-3000 strong crowd enjoyed the sun in an array of Smurf-inspired outfits. 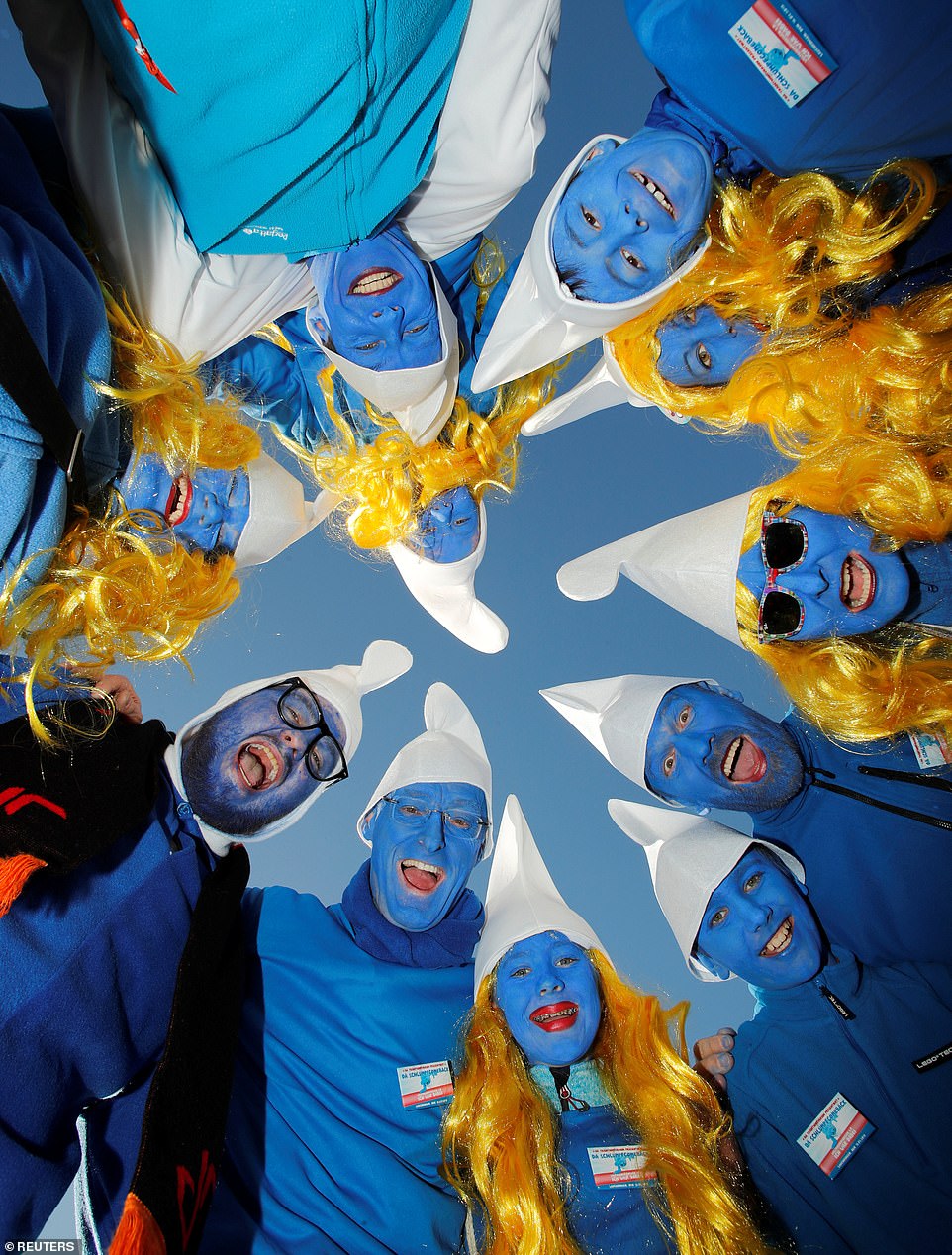 The young and the old came together at the Smurf gathering in Lauchringen, Germany to break the world record that had stood for a decade 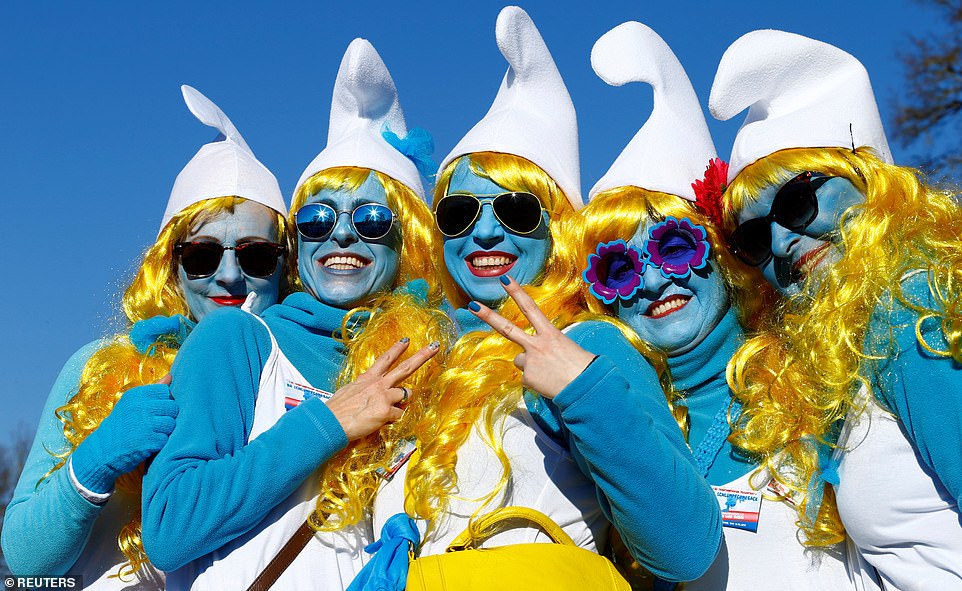 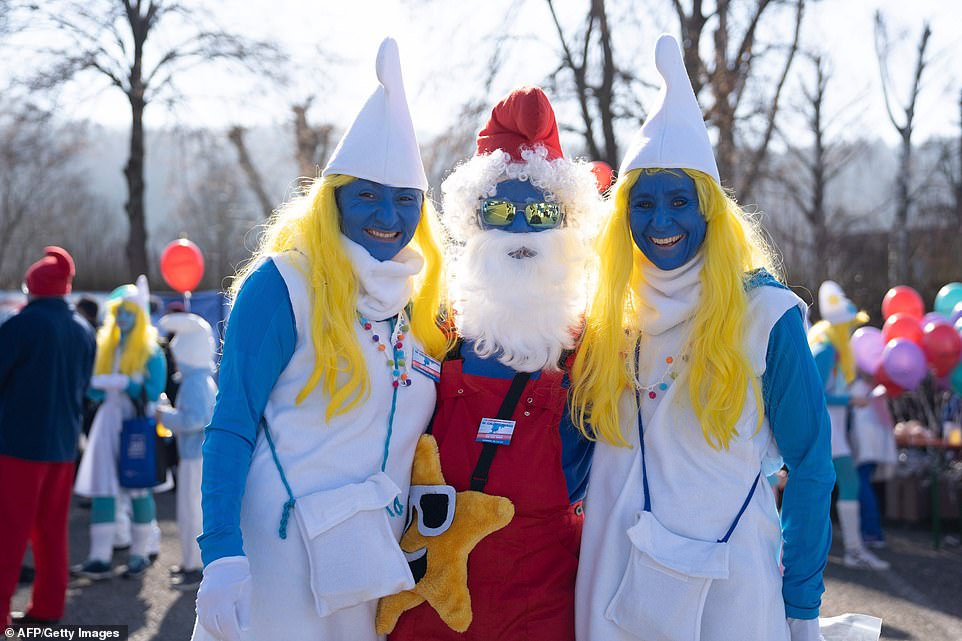 2,762 blue-painted and white-capped participants met in Lauchringen on the Upper Rhine, Germany to break the record 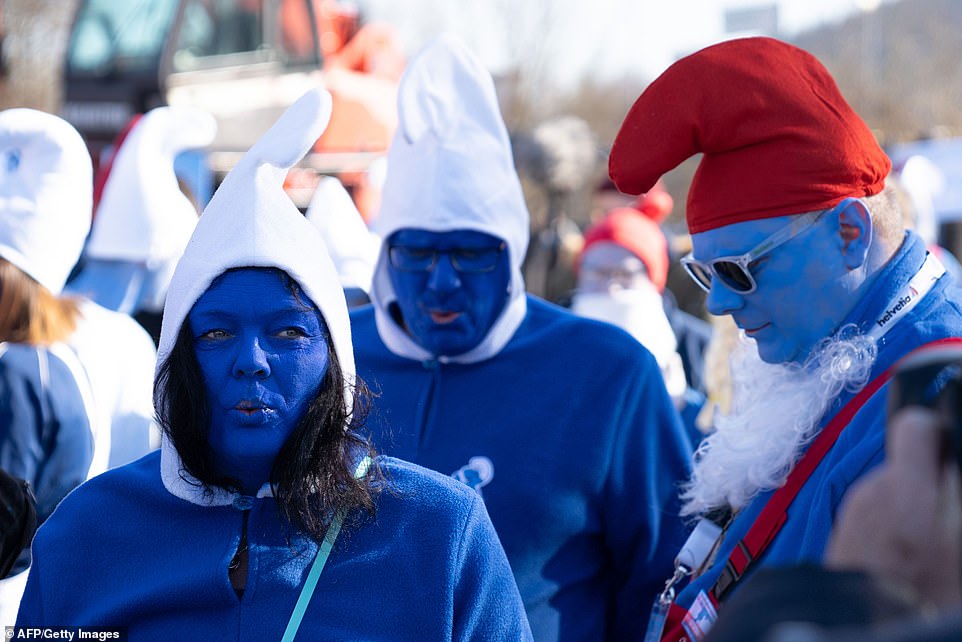 Three years ago, there was an initial attempt to break the record, which was set in 2009 and stood at 2,510, but it failed 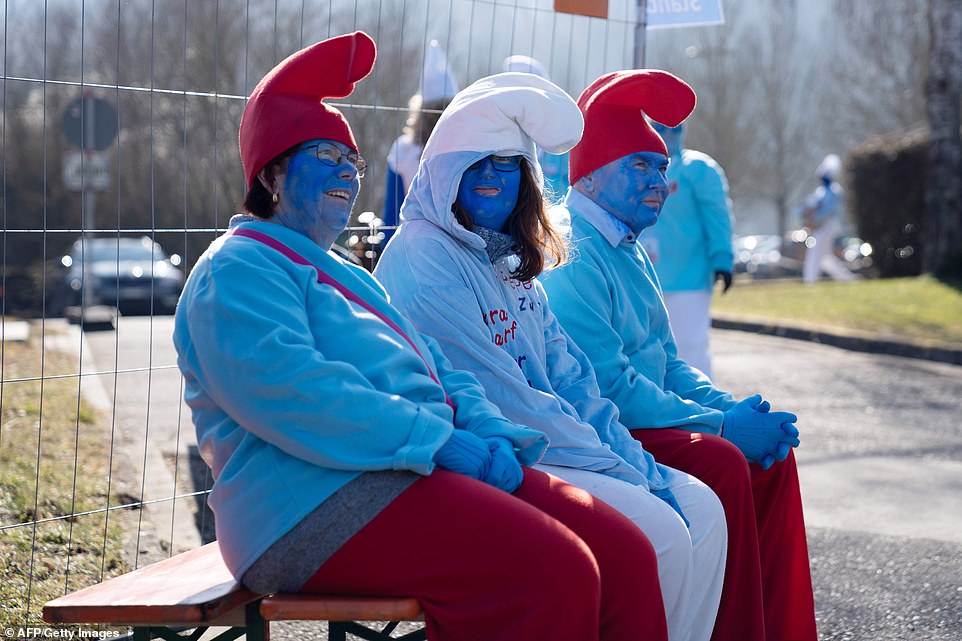 However, delighted event organisers confirmed that this year they had managed to surpass the record as thousands descended on the village in Germany 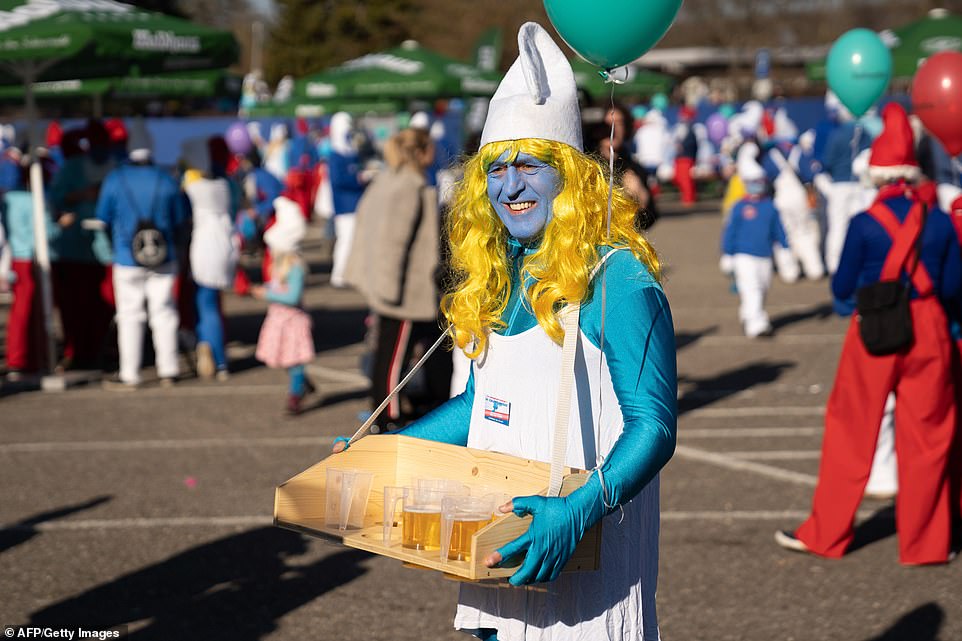 All sorts of costumes were on display at the gathering, with beer flowing as the participants milled about and enjoyed themselves 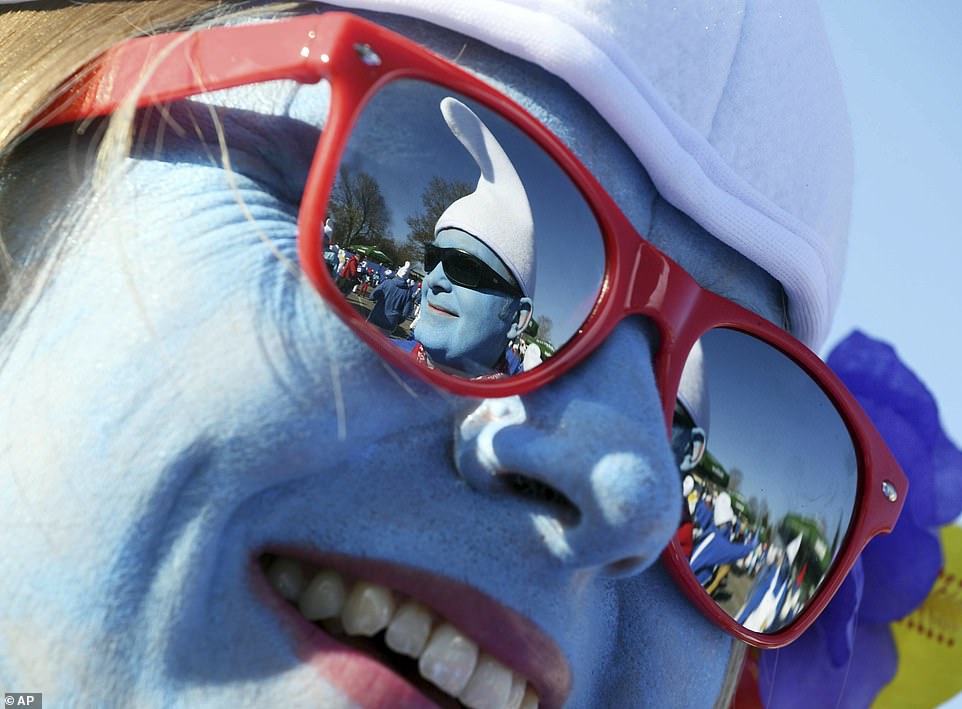 The passionate participants went all the way, painting their skin to blue so that they resembled the popular cartoon characters 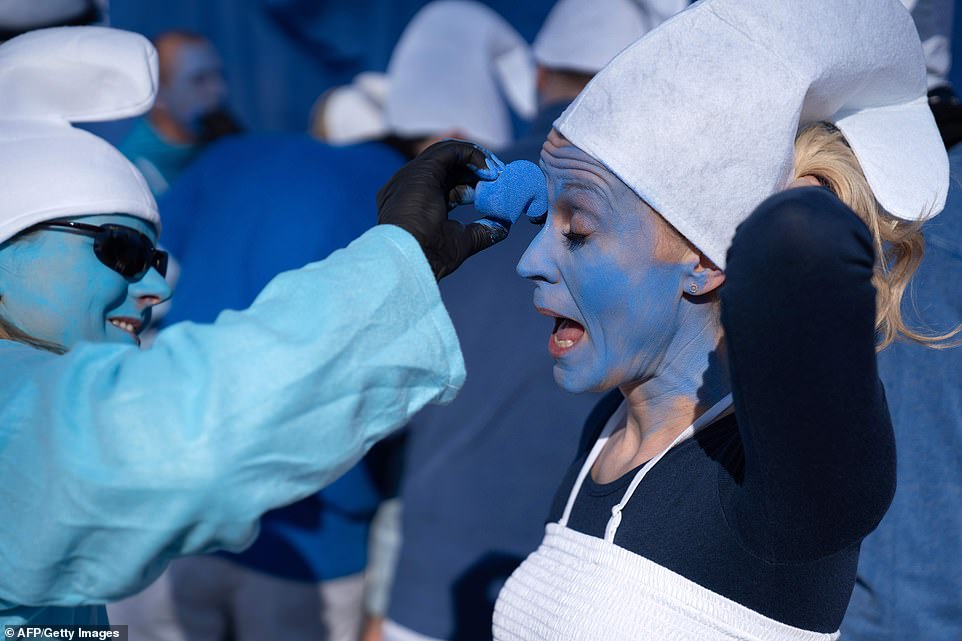 As the day went on, some of the blue paint began to fade – though eager helpers were on hand to help some participants top up when they needed to 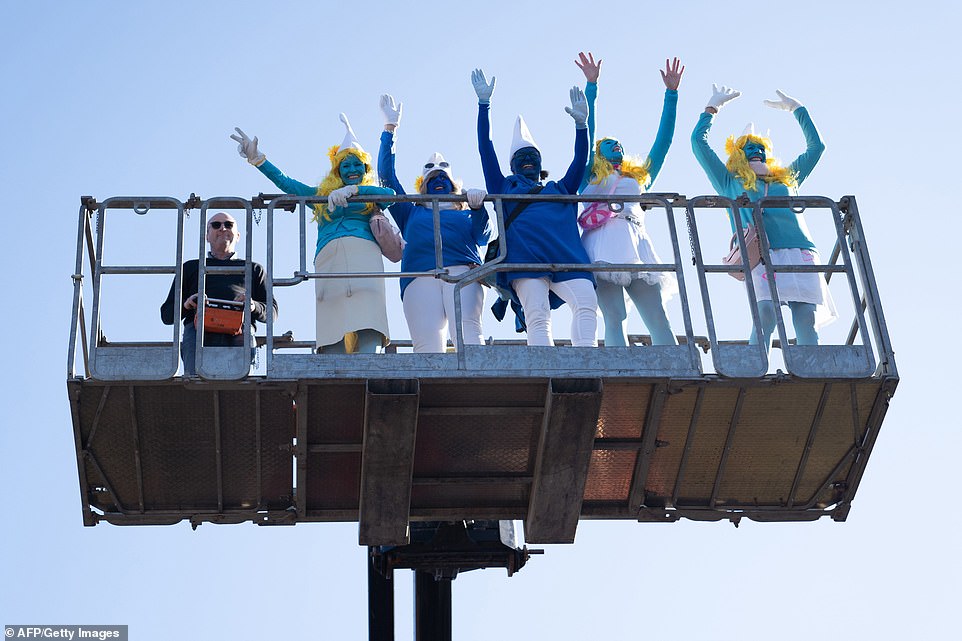 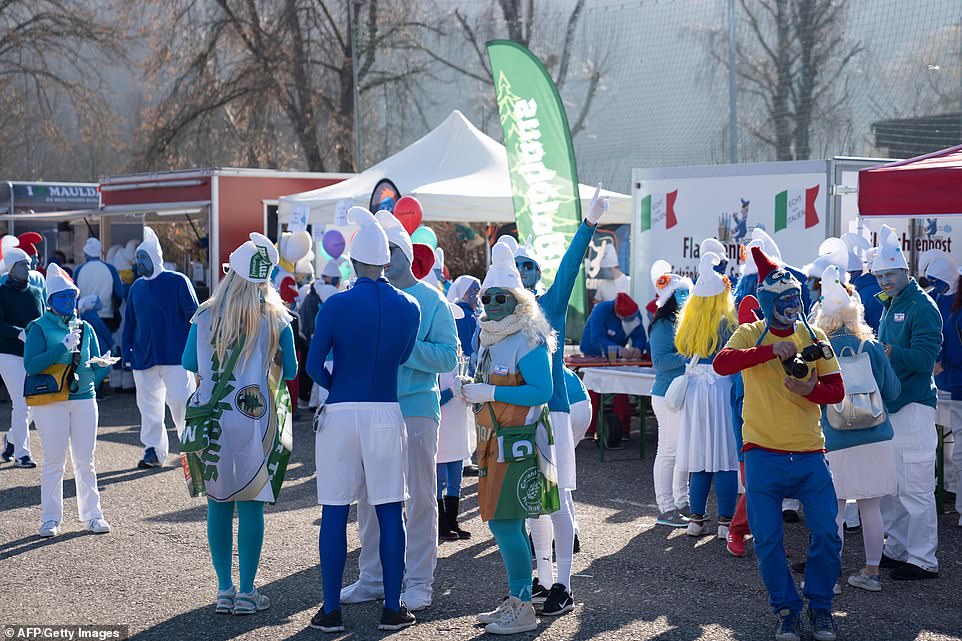 Enterprising stall owners also took part in the event, selling food and beer to the swelling crowds throughout the day 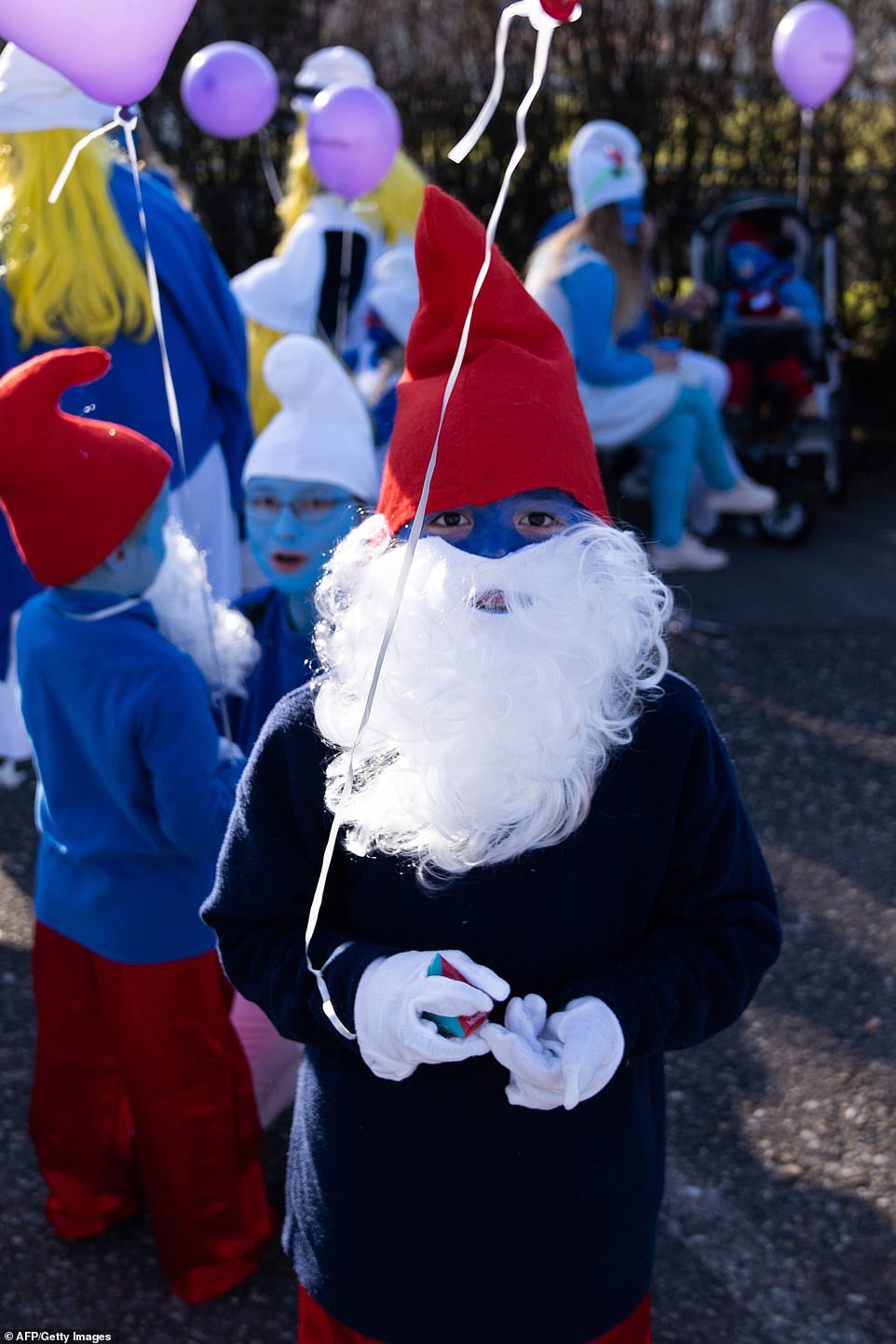 The event wasn’t just open to adults, with hundreds of children also taking part, despite the Smurfs being older cartoons 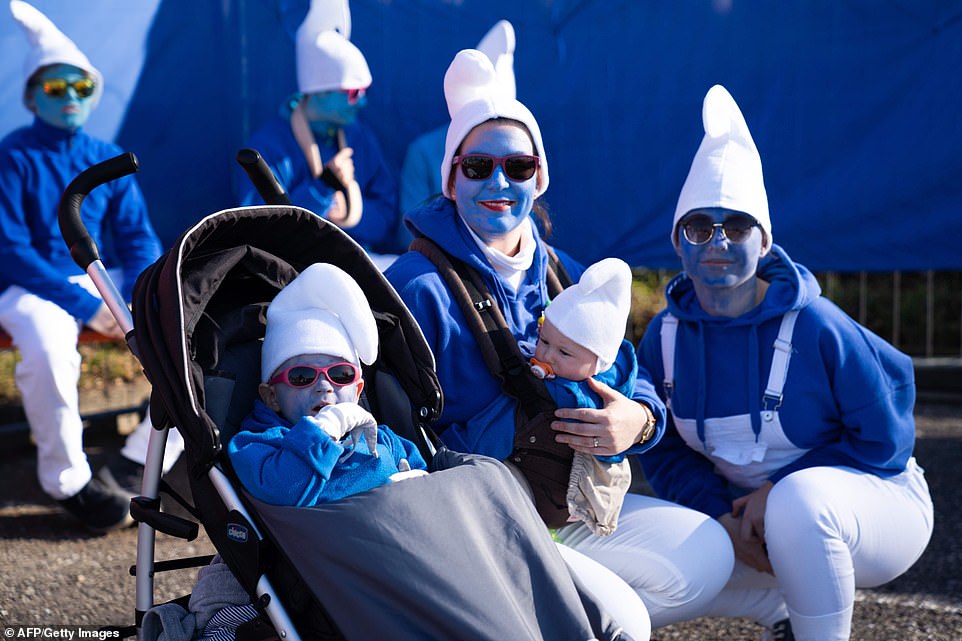 Some Smurf fans loved the cartoons so much that they made the event a family affair, turning up with young children  and babies in push chairs 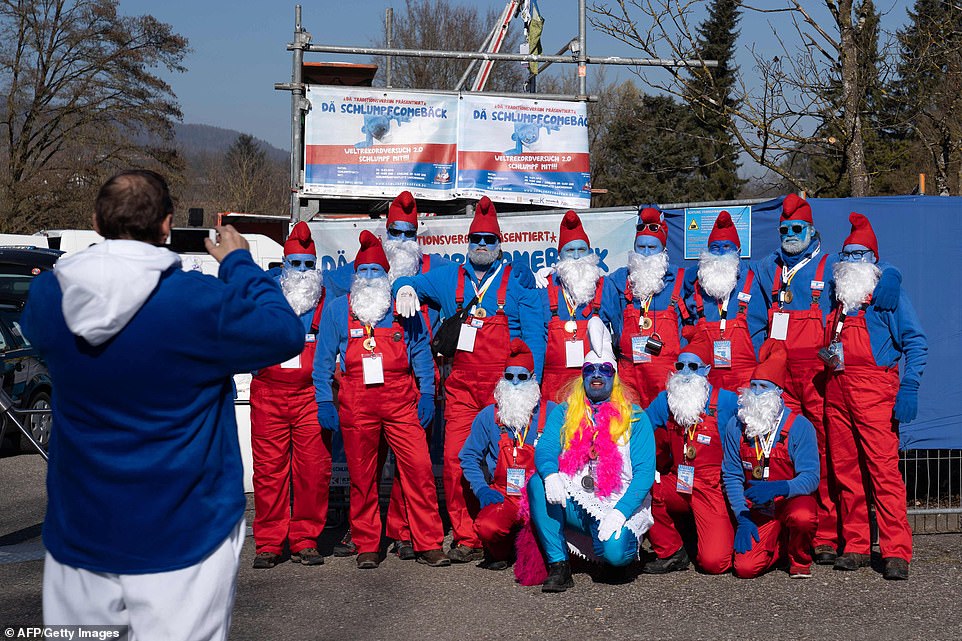 This group of friends co-ordinated their costumes and posed happily for a photo, with the group even plumping for long white beards 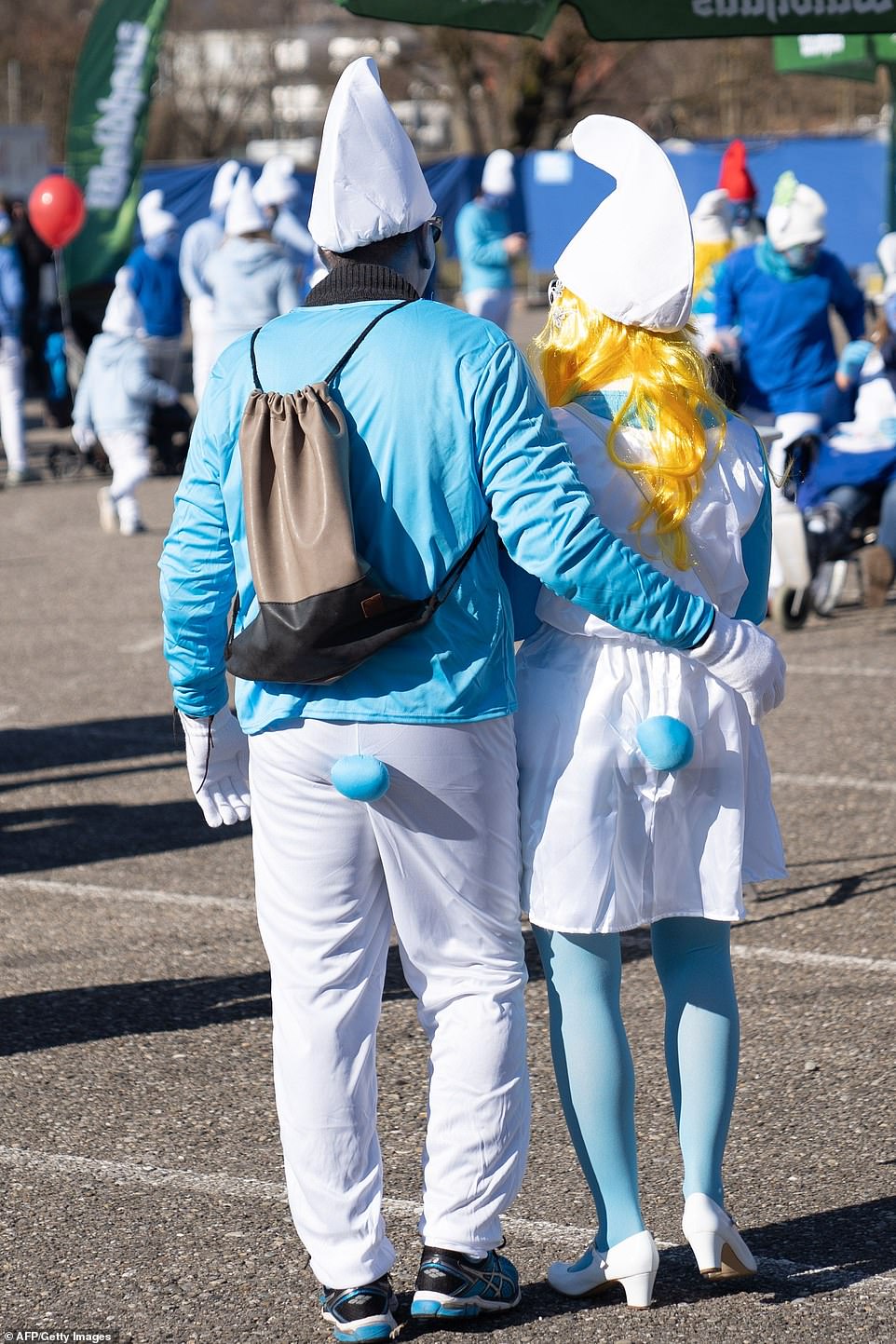 Hot date! This couple even got themselves a Smurf tail each as they joined in with their fellow thousands of cartoon fans 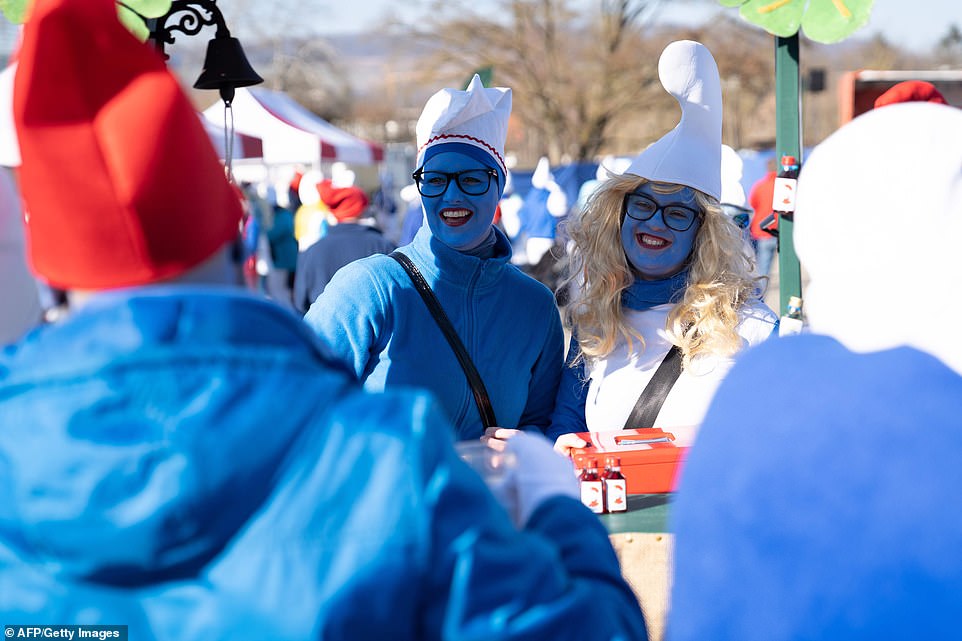 Vendors take part in the world record gathering of people dressed as Smurfs in Lauchringen, Germany