Thousands of plastic pellets have mysteriously washed up on a beach on the south coast of England.

The nurdles, which are processed to make everything from plastic bottles to bin liners, have been found on Hayling Island, Hampshire.

Volunteers have been left baffled by their appearance, with some speculating that the pellets may have been spilled during manufacturing before being washed out to sea.

One volunteer managed to fill a jam-jar with around one thousand in two hours. It is the latest example of the devastating impact plastic waste is having on our marine environment.

‘We’re horrified by what we saw in terms of all of these tiny, tiny plastic nurdles, which are about the size of a lentil and are used in plastic manufacturing,’ Lissie Polard of campaign group Final Straw Solent told the BBC.

‘They are everywhere around here, all around the shoreline.’ It came as the BBC last night aired a one-off documentary on the scourge of plastic waste.

Drowning In Plastic exposed how plastics have now fully infiltrated our ecosystem, entering our bodies from the air we breathe, the water we drink, and the foods we eat. The Mail has campaigned successfully to reduce the damage of plastic on our environment. 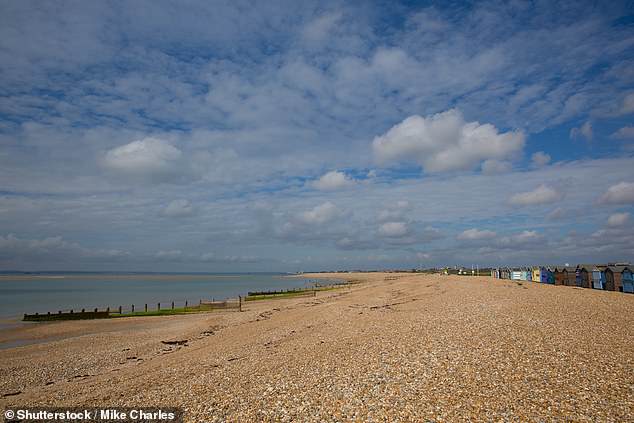 The pellets, which are processed to make everything from plastic bottles to bin liners, have been found on Hayling Island, Hampshire (pictured)

Plastic bag usage has declined by 86 per cent since this newspaper lobbied successfully for a 5p levy, which was introduced in 2015.

The Mail has also campaigned successfully for a ban on plastic microbeads blamed for damaging our oceans, and is now pushing for wider action against all throwaway plastic such as straws, cutlery and coffee cups.

Last week Tesco announced it would be trying out reverse vending machines ahead of Government plans for a deposit scheme on plastic bottles.

The move marked another victory for the Mail’s Turn the Tide on Plastic campaign.