Thousands of people packed a stadium in Charlottesville, Virginia for a concert intended to raise money for charity and promote unity in the aftermath of this summer’s white nationalist rallies.

Pharrell Williams, before launching into a rendition of his hit song ‘Happy’, took a knee during his performance in a pointed, though criticism of President Donald Trump – despite not naming the president.

Dave Matthews, whose band got its start in the Virginia college town, hosted the Sunday show, called the ‘Concert for Charlottesville’.

Pharrell Williams got down on both knees during ‘A Concert for Charlottesville,’ which was organized to promote unity in the aftermath of white supremacist rallies that rocked the Virginia college town last month 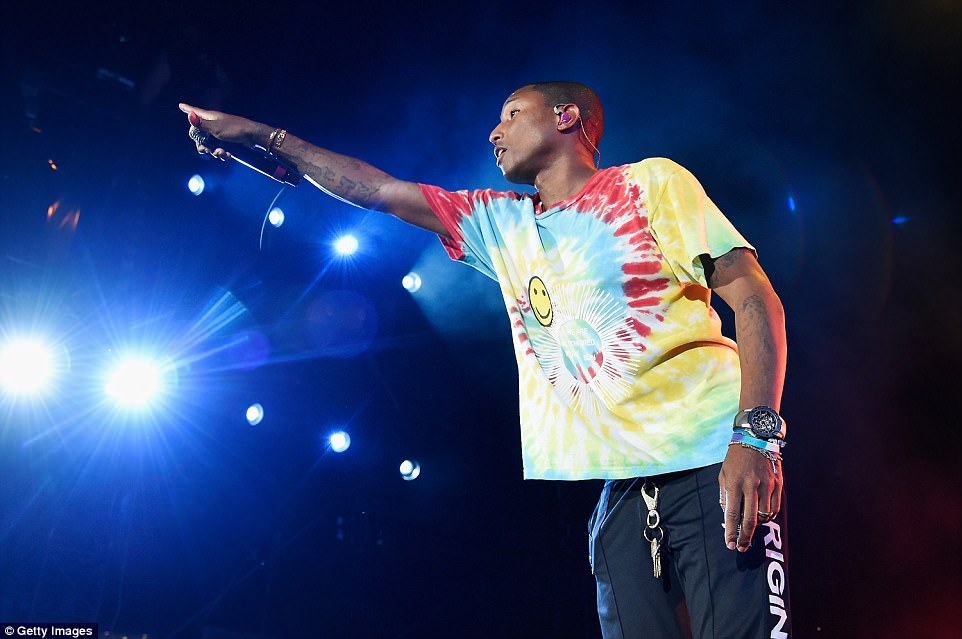 Williams’ action was a non-verbal swipe at President Donald Trump, who is feuding with the NFL over how many of its players are staking knees or sitting during the national anthem in protest of him and his policies 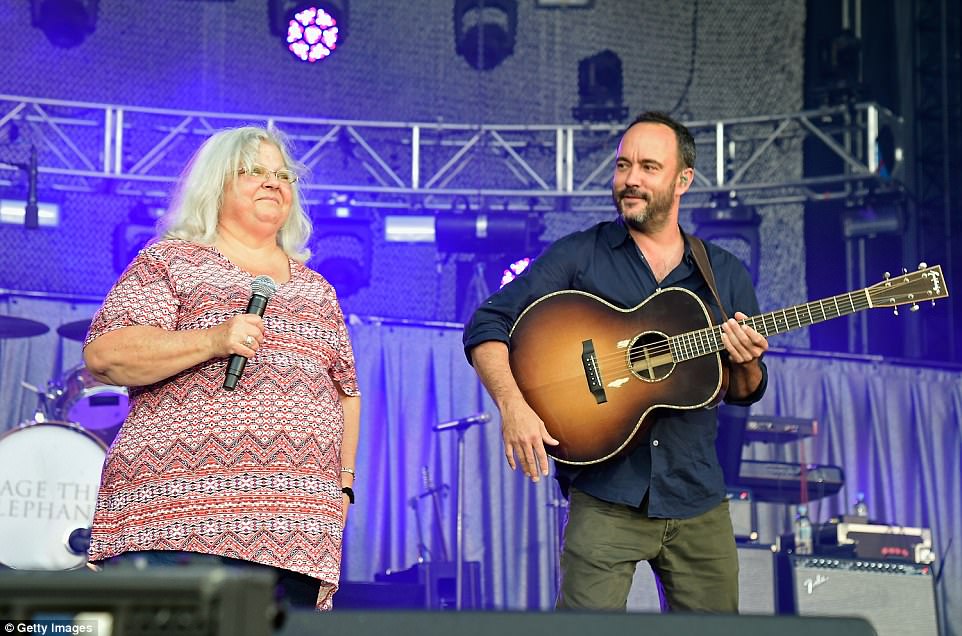 Dave Matthews of the Dave Matthews Band organized the concert. He introduced Susan Bro to the assembled crowd. Bro is the mother of Heather Heyer, who died on August 12 in Charlottesville after a driver plowed into a crowd of counter-protesters amid the white nationalist rallies being held in the town 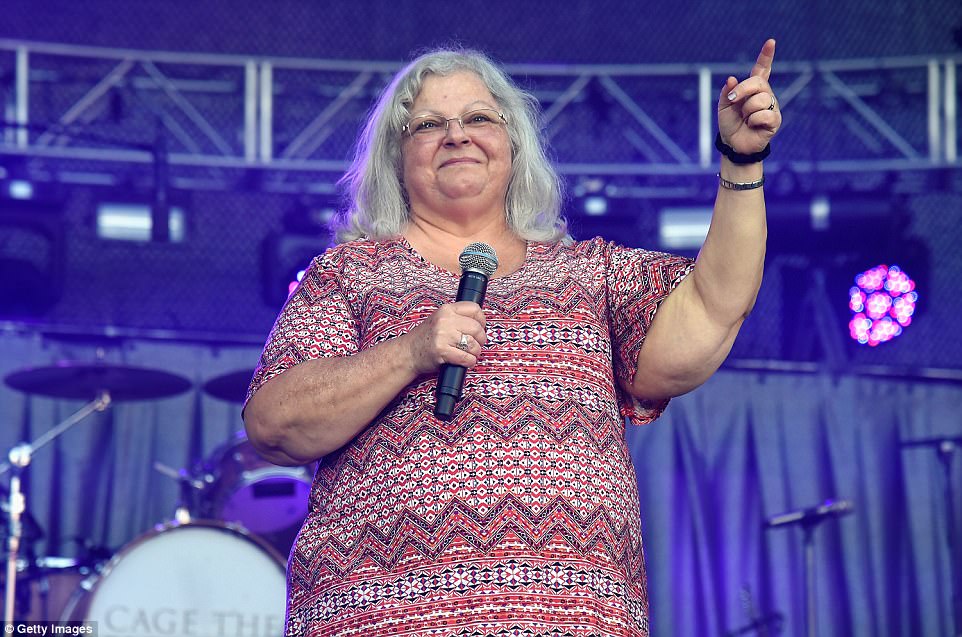 ‘I’m here in her place to sing with all of you in her place,’ Bro told the crowd. ‘By raising our voices against hatred, you make Heather’s death count’ 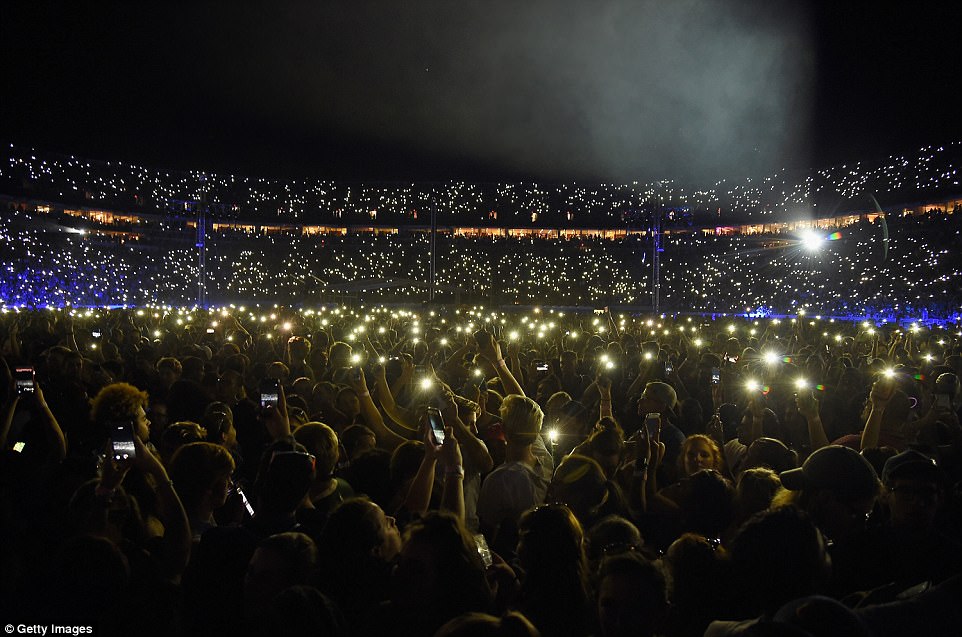 Thousands descended on the University of Virginia’s Scott Stadium for the free concert. Concertgoers were encouraged to donate to a charity benefiting victims of the violence that plagued the city 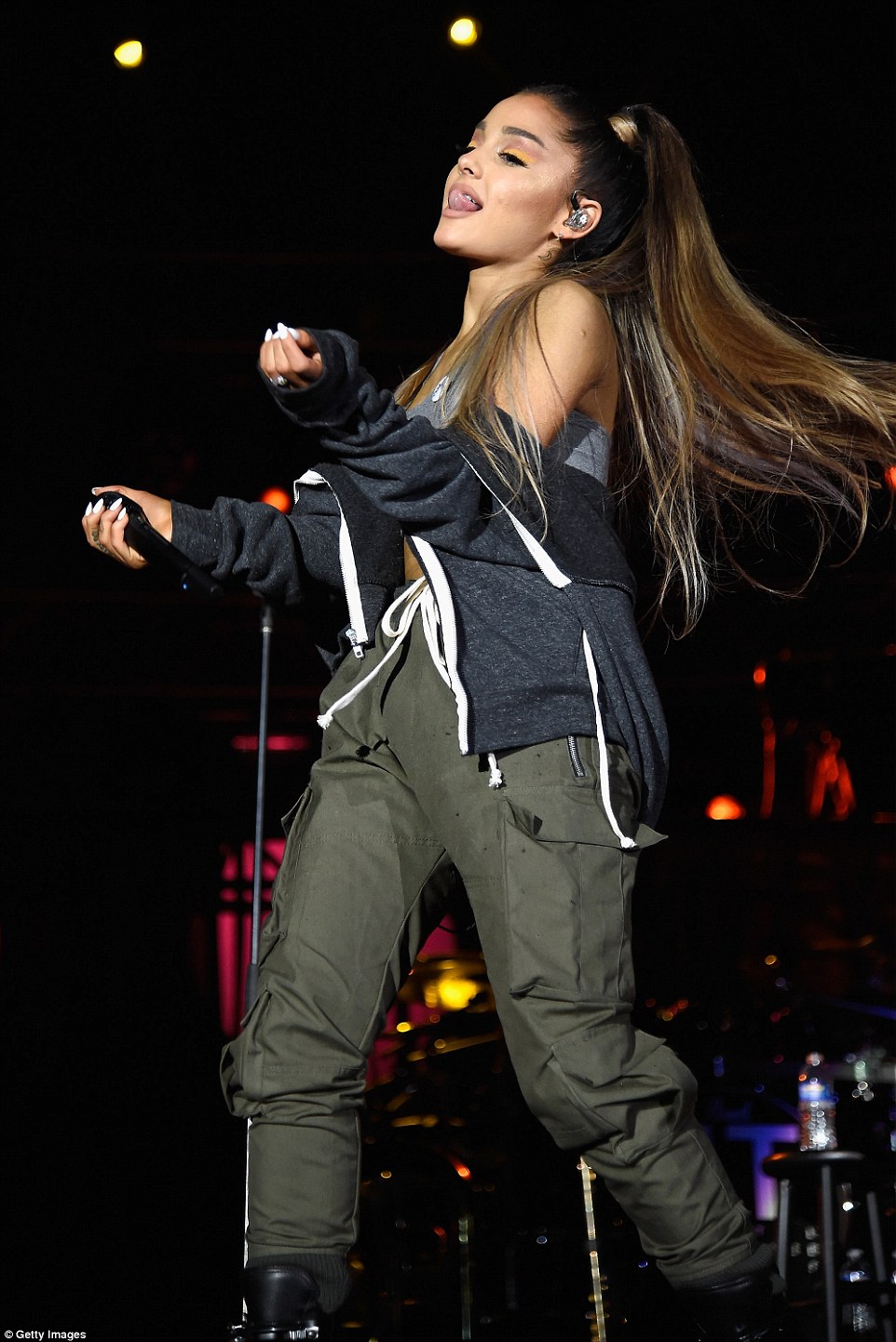 Ariana Grande performed at the concert. She told the crowd: ‘Keep using your voices and making this a safer space for each other’

He thanked the attendees and performers for coming together on short notice and billed the concert as standing for ‘music and unity’.

Matthews introduced Susan Bro, the mother of Heather Heyer, 32, who was killed when a driver slammed into a crowd protesting the white nationalists on August 12.

Bro told the crowd the concert was a ‘powerful and peaceful’ way to come together and turn anger into action and understanding.

‘I’m here in her place to sing with all of you in her place,’ she said. ‘By raising our voices against hatred, you make Heather’s death count.’

Chris Martin and Jonny Buckland of Coldplay made a surprise appearance.

Williams referenced the controversy between the National Football League and President Donald Trump.

Trump is currently criticizing players who take a knee or sit during the national anthem in protest of his presidency.

‘I’m in Virginia right now I’m home. Can’t nobody tell me what to do,’ Williams said, to much applause.

He then sang his hit song, ‘Happy’. Williams is from Virginia Beach, Virginia.

Film director Brett Ratner, who filmed the concert, told the Huffington Post: ‘I think there’s a synergy and the connection to what’s happening now with football and what’s happening in Charlottesville.

‘There’s a reason why it’s all happening, because I think the positivity and the love are becoming viral. People want to make a change.’ 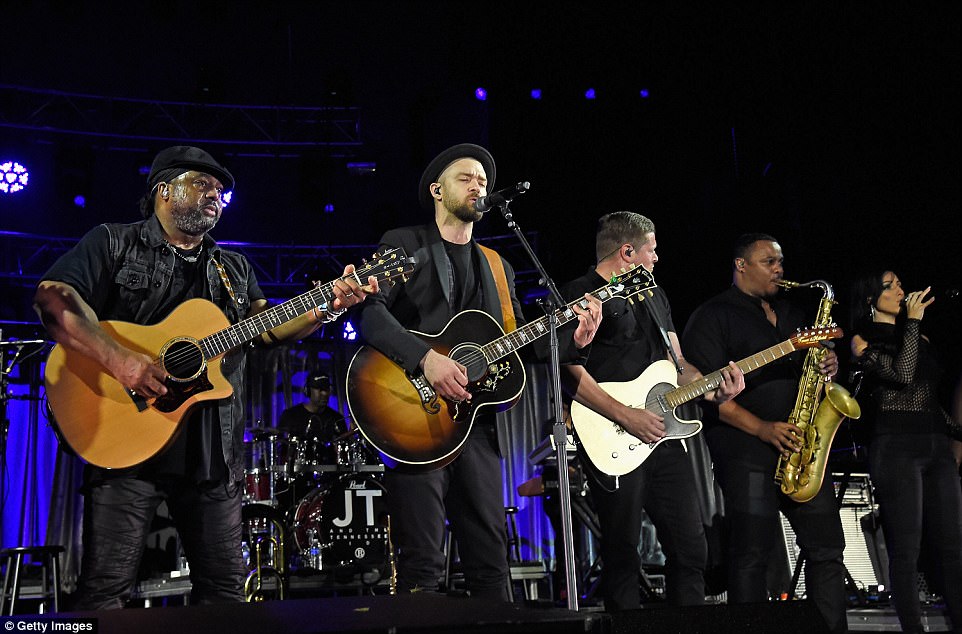 Justin Timberlake brought concertgoers back to 2002 when he performed ‘Cry Me a River,’ among other songs from his more-than-20-years-long career 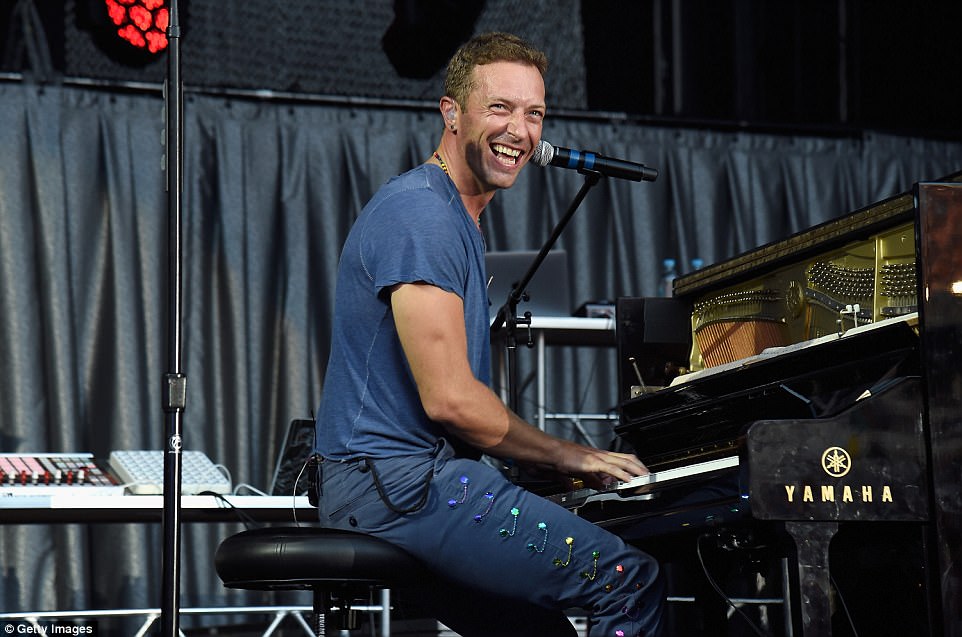 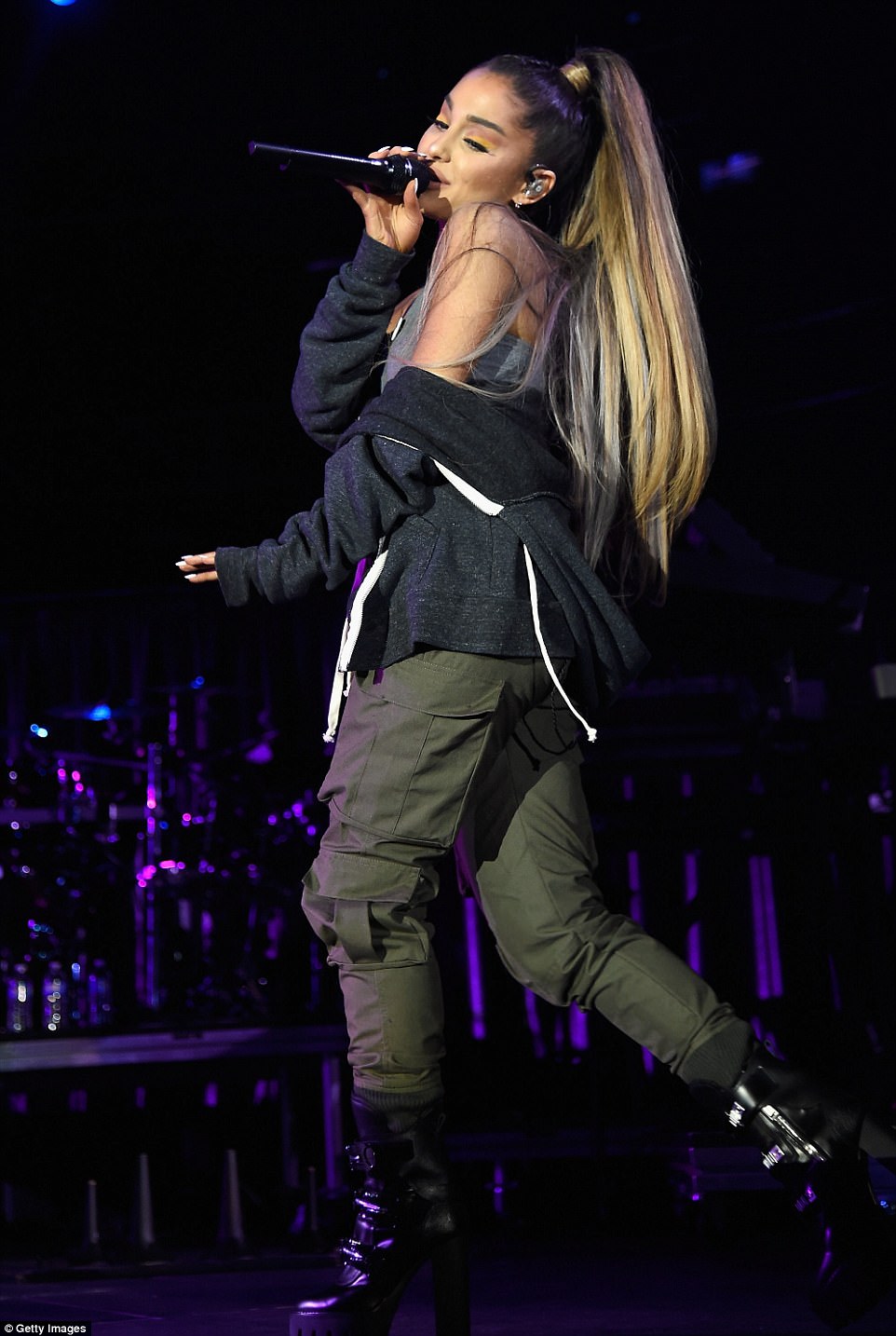 Ariana Grande also performed a benefit concert in Manchester, England this year after a terrorist attack occurred at her originally scheduled concert in the city 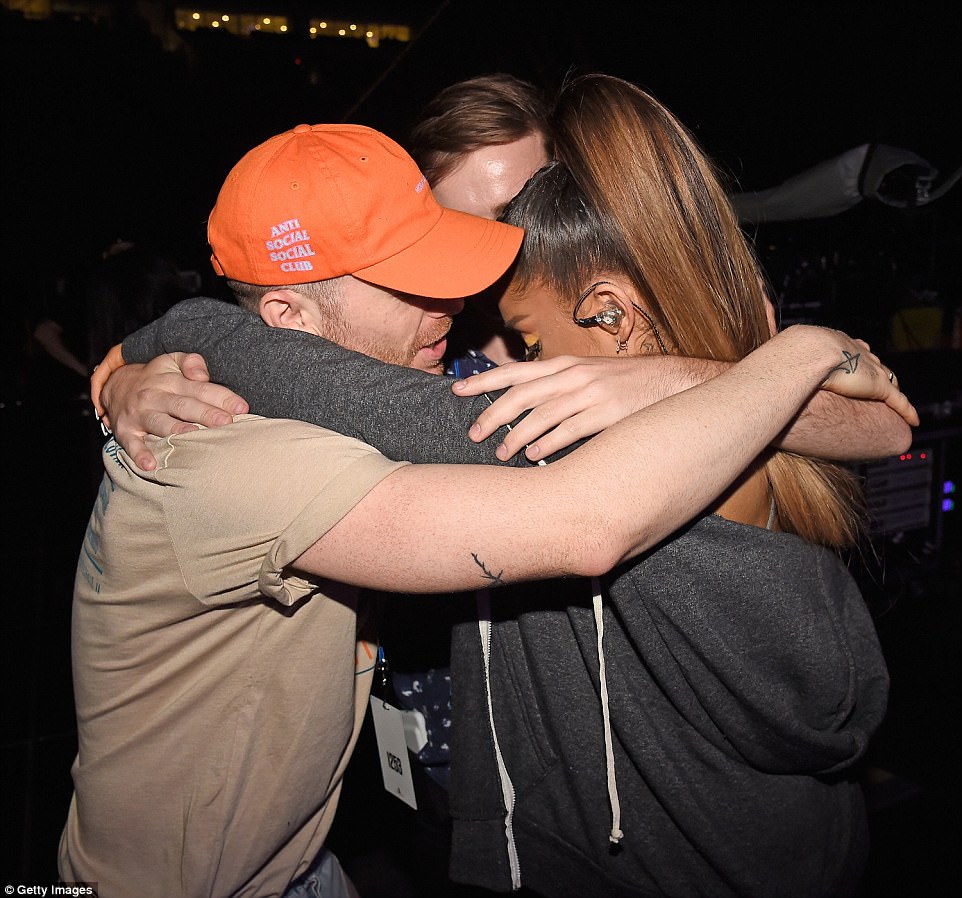 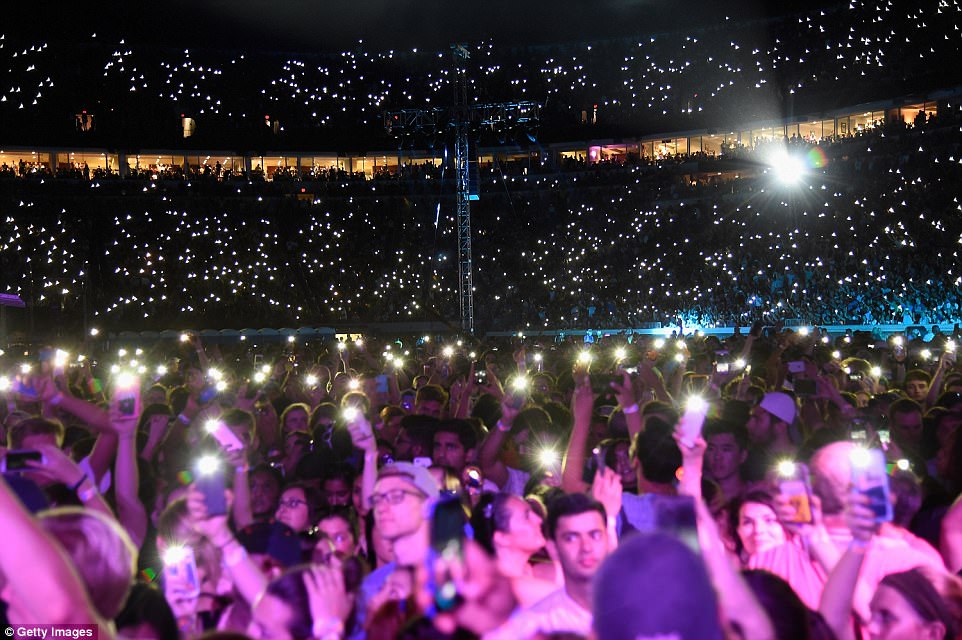 Fans hold up their cell phones with the lights on during the concert in Charlottesville, Virginia

Justin Timberlake, who took the crowd all the way back to 2002 when he sang ‘Cry Me A River’, told concertgoers that he was going to be proud to tell his newborn son about the unifying nature of the concert.

He also said ‘love trumps hate,’ the Huffington Post reports. He also sang a cover version of ‘A Change Is Gonna Come’.

During her set, Ariana Grande said: ‘Keep using your voices and making this a safer space for each other,’ reports the Daily Progress.

Tickets to the concert were free, but concertgoers were asked to donate to a charity fund for victims of the white nationalist rallies in August.

The concert was held at the University of Virginia’s Scott Stadium.

In August, a rally was held by a group called Unite the Right that protested the removal of a statue of Confederate General Robert E. Lee at Charlottesville’s Emancipation Park.

The planned removal was a focal point for a number of white supremacist protests since the council voted to remove the structure in April.

Counter-protesters showed up in droves to demonstrate against white supremacy and Nazism.

Consequent clashes resulted in dozens of injuries and Heyer’s death.

She died after James Alex Fields Jr, of Maumee, Ohio drove his Dodge Challenger into a crowd.

President Trump admonished the day’s tragic events and claimed that ‘many sides’ were to blame for what had occurred.

He said in a press conference: ‘We condemn in the strongest possible terms this egregious display of hatred, bigotry, violence, on many sides… The hate and division must stop, and must stop right now.’ 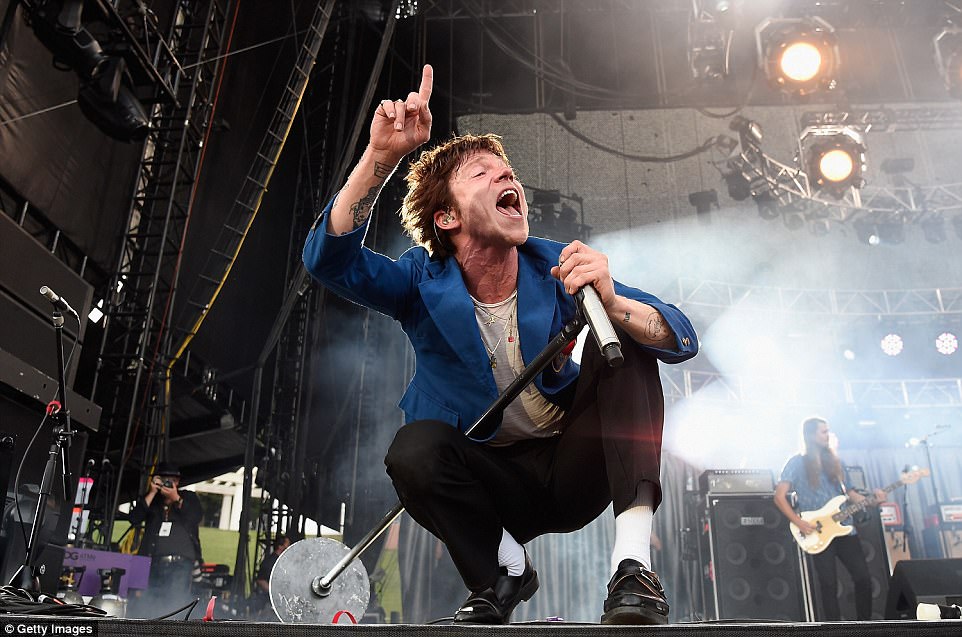 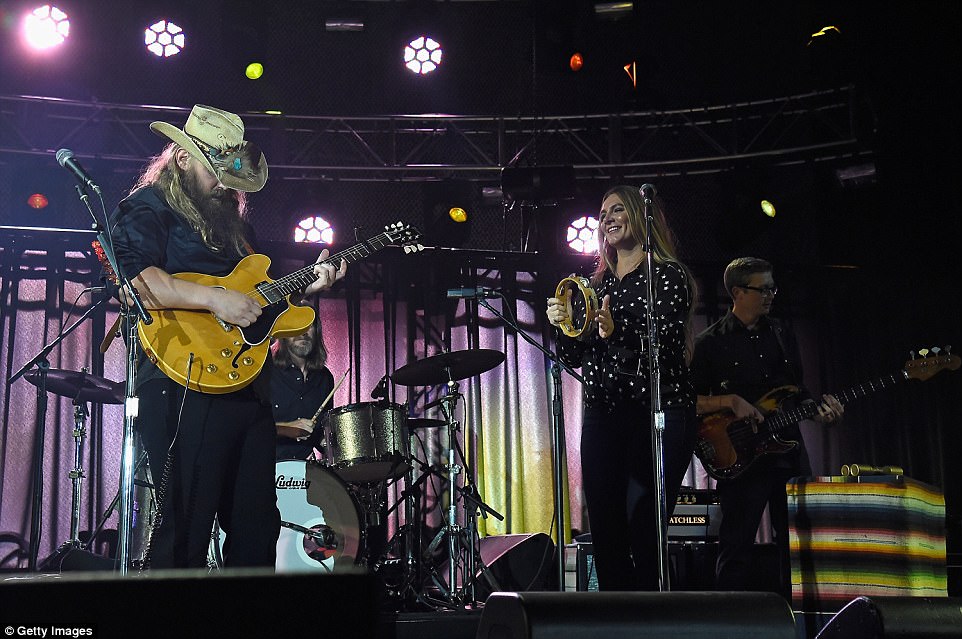 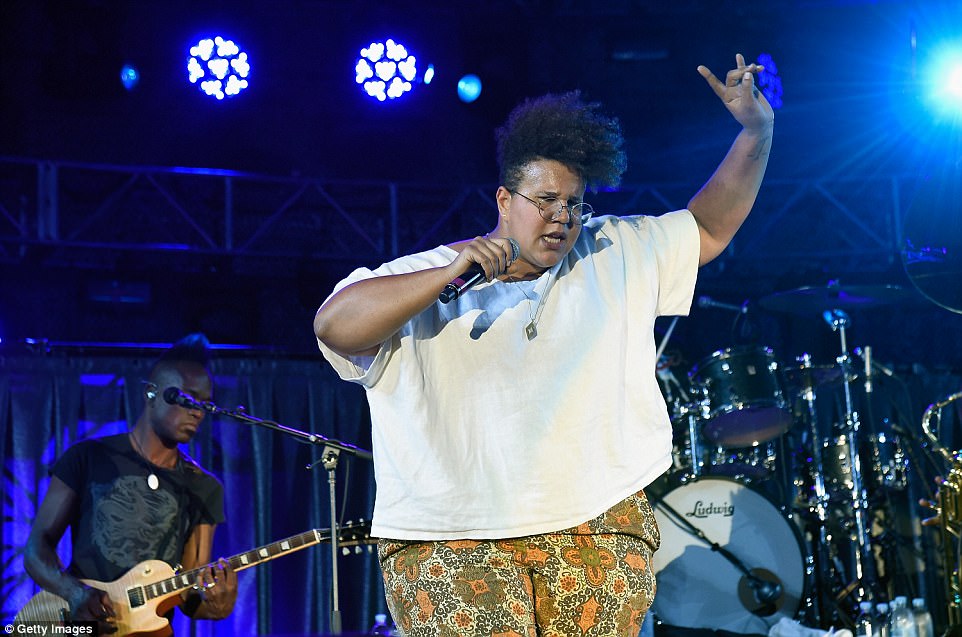 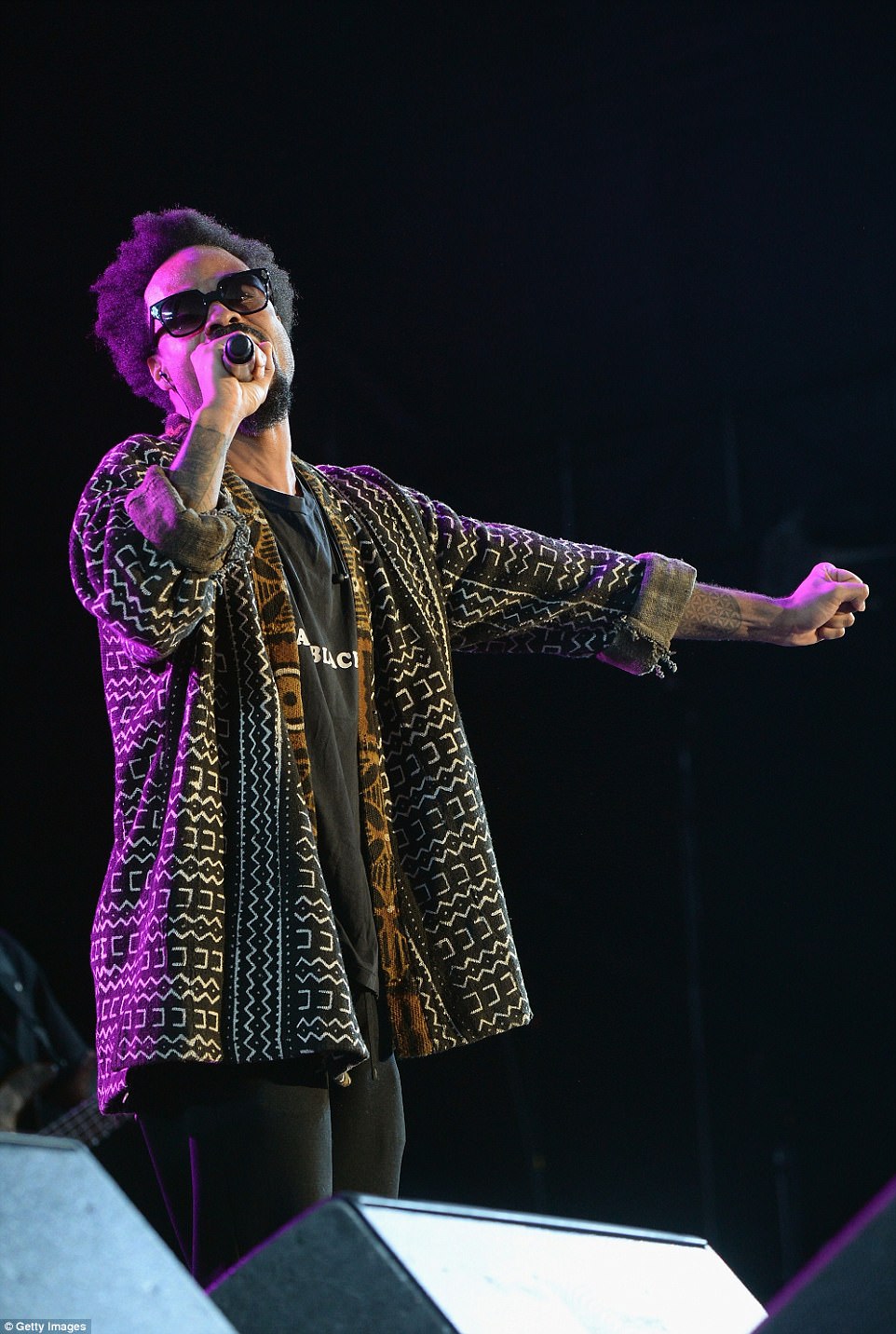 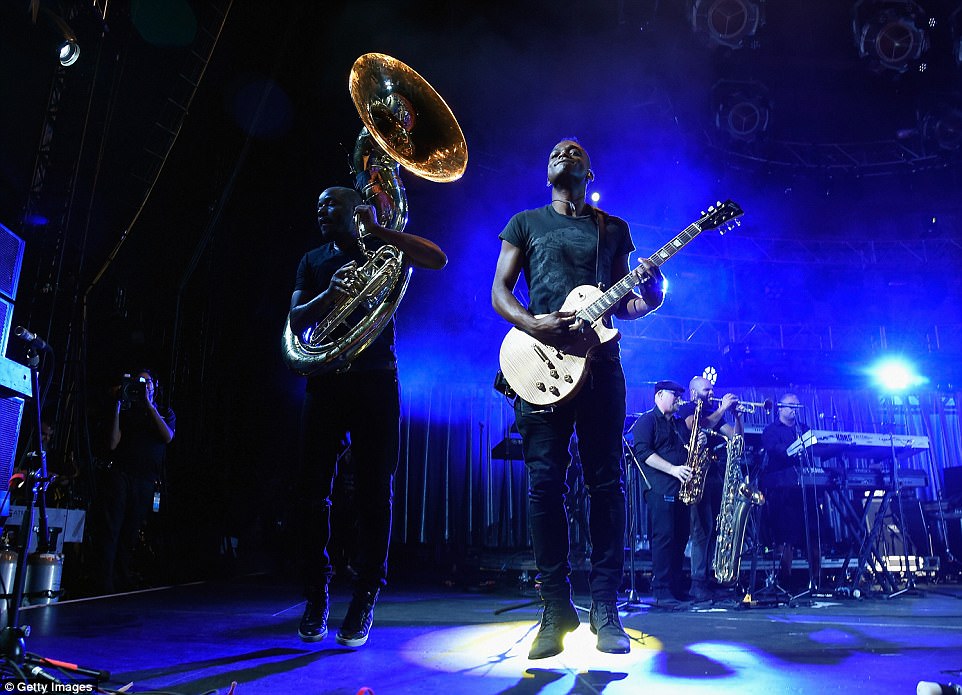 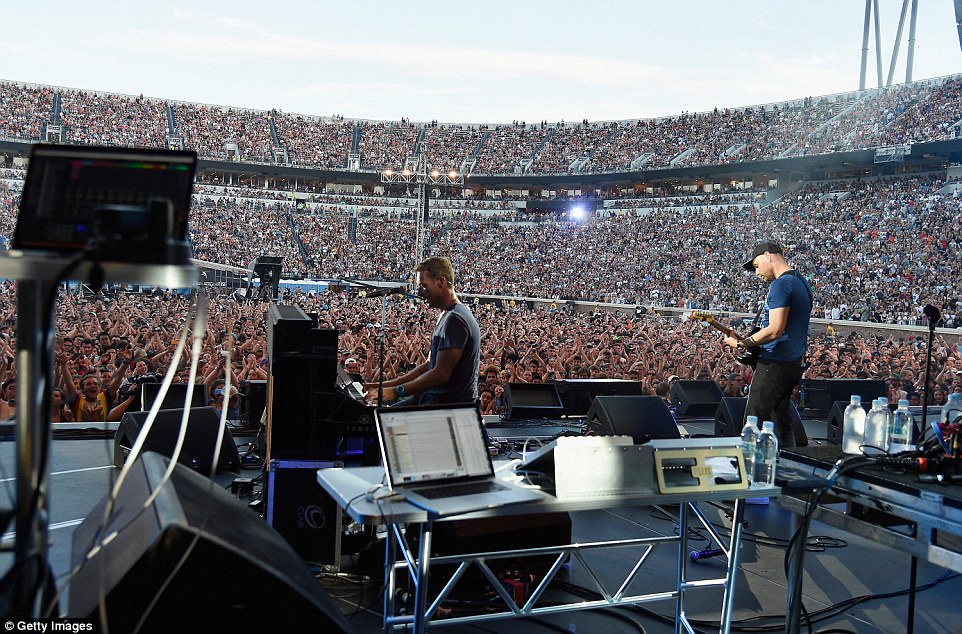 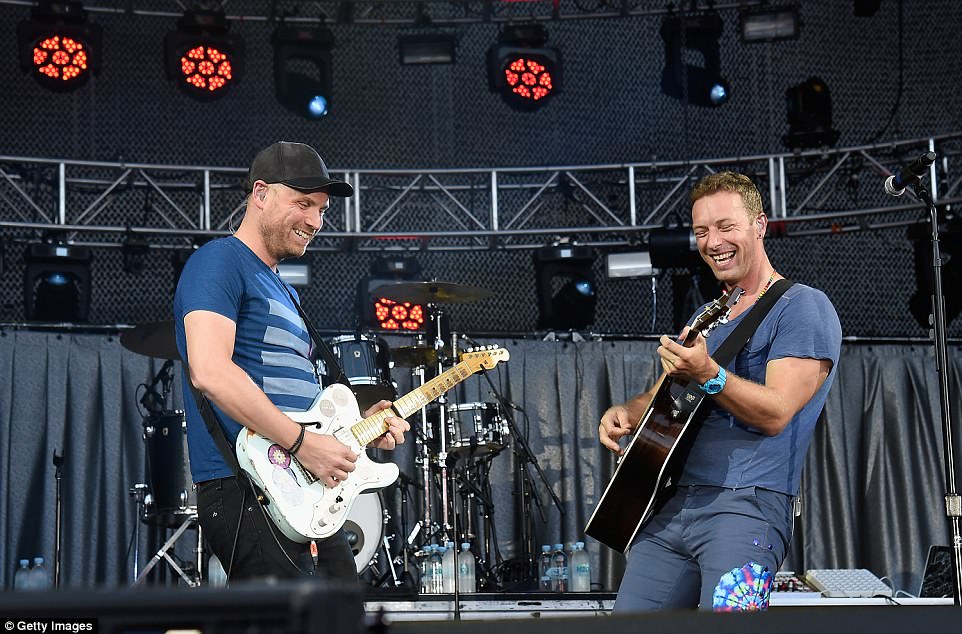 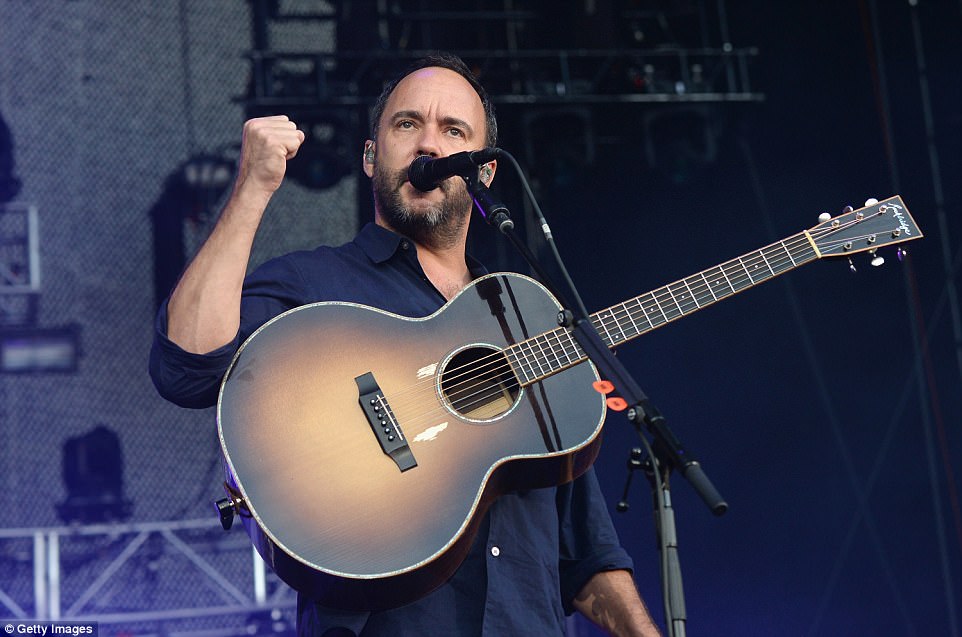 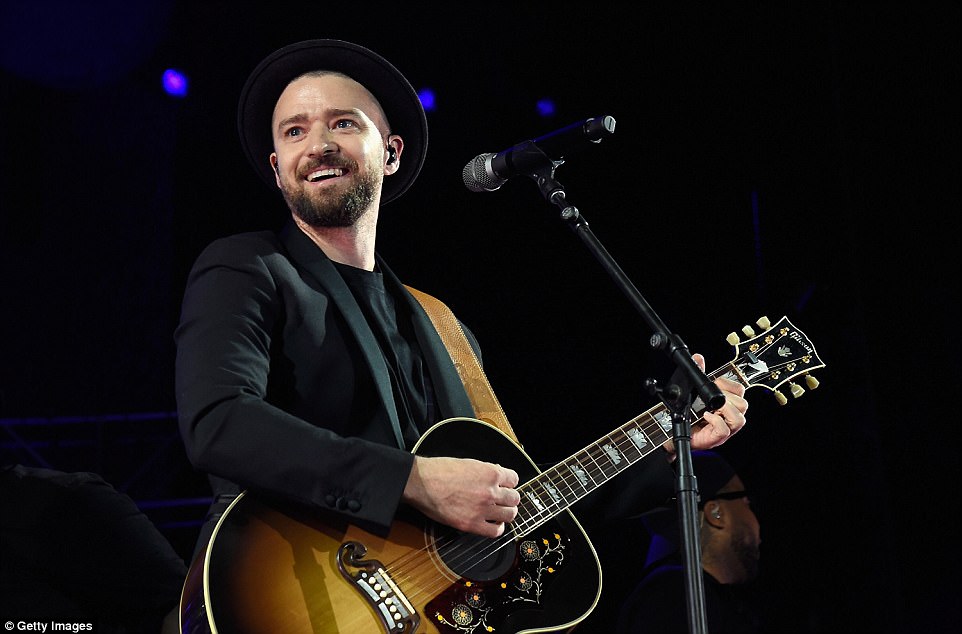 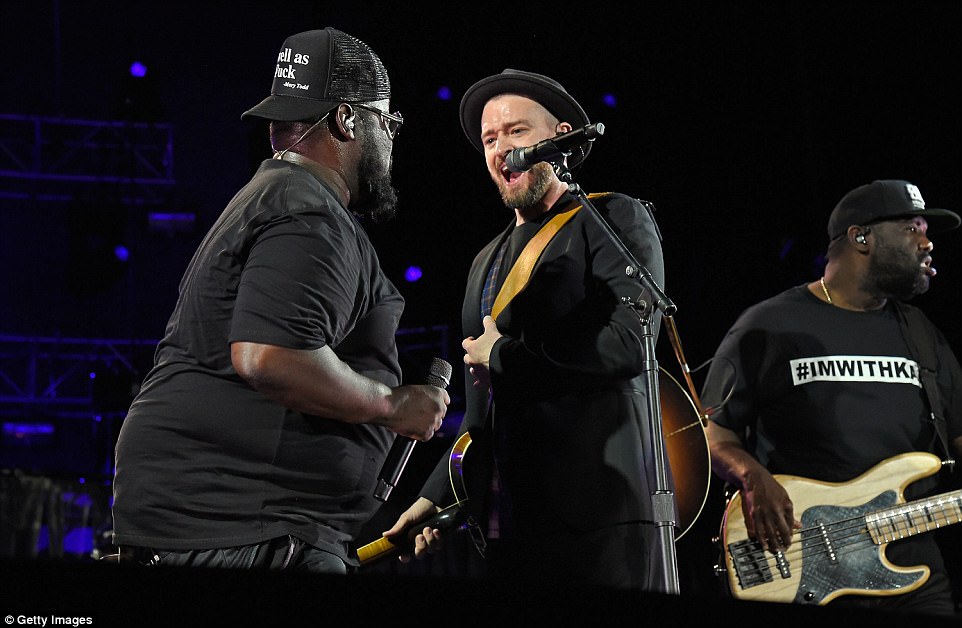 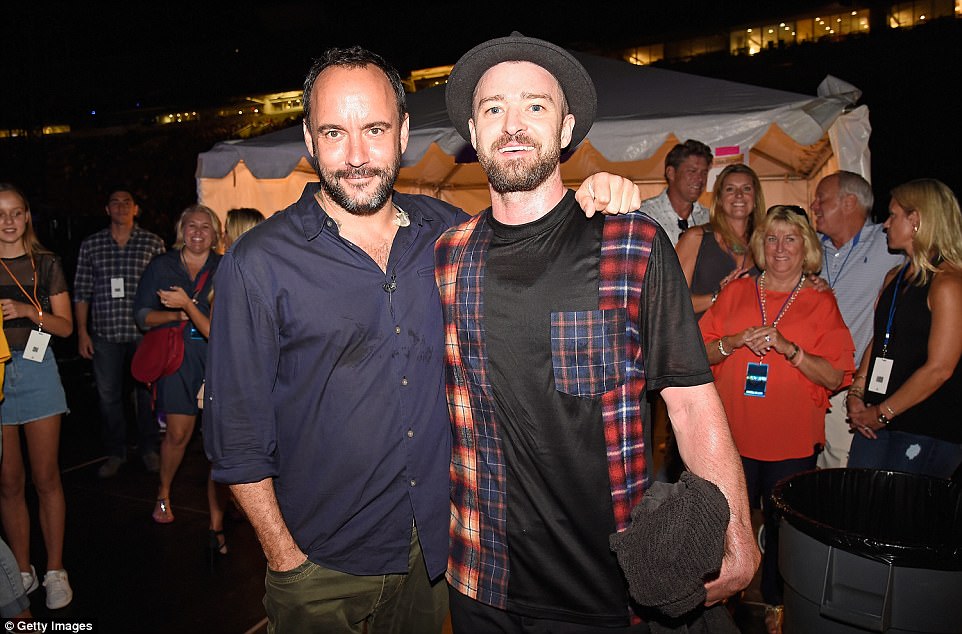 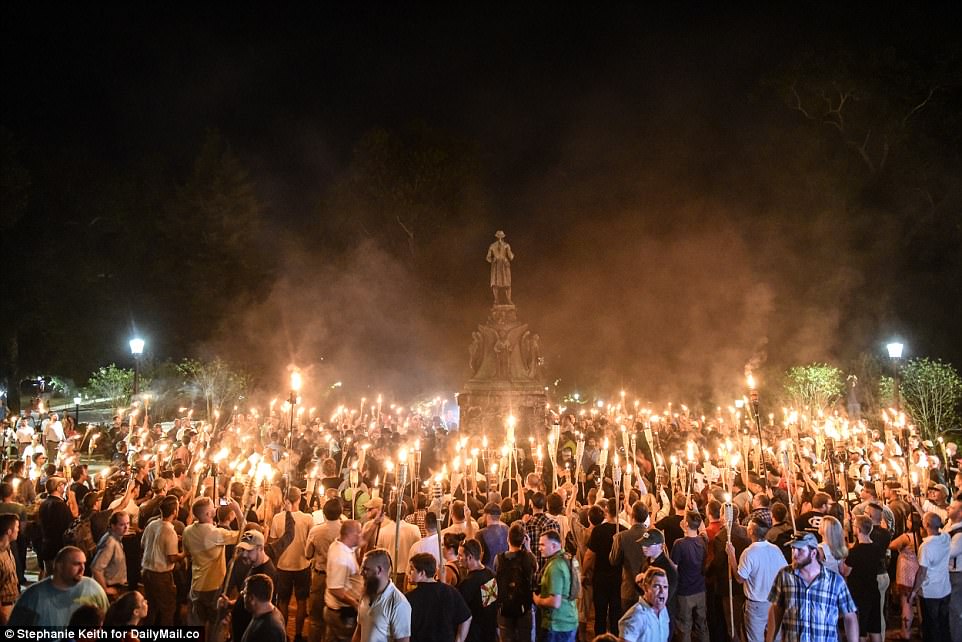 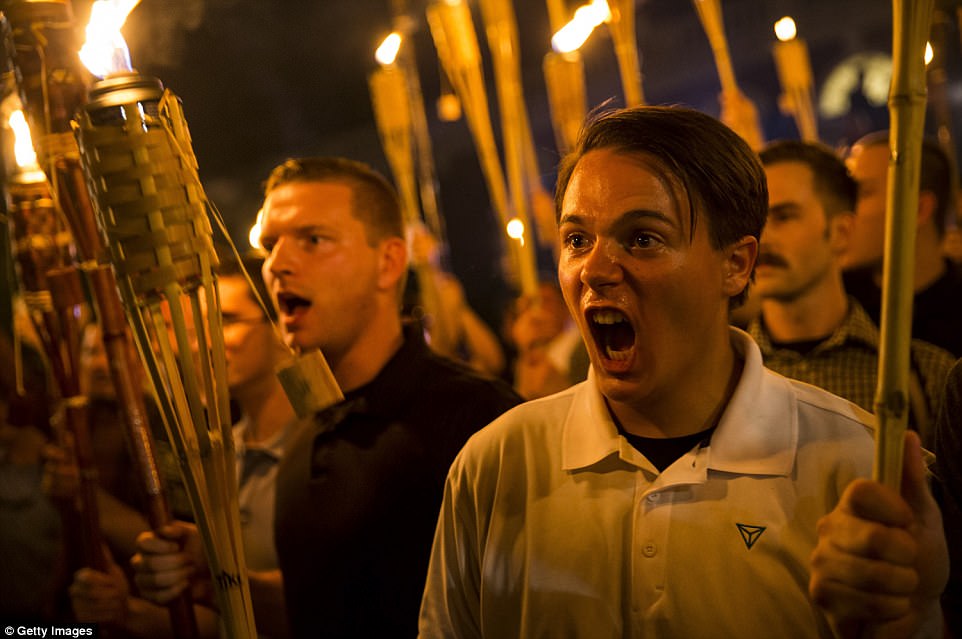 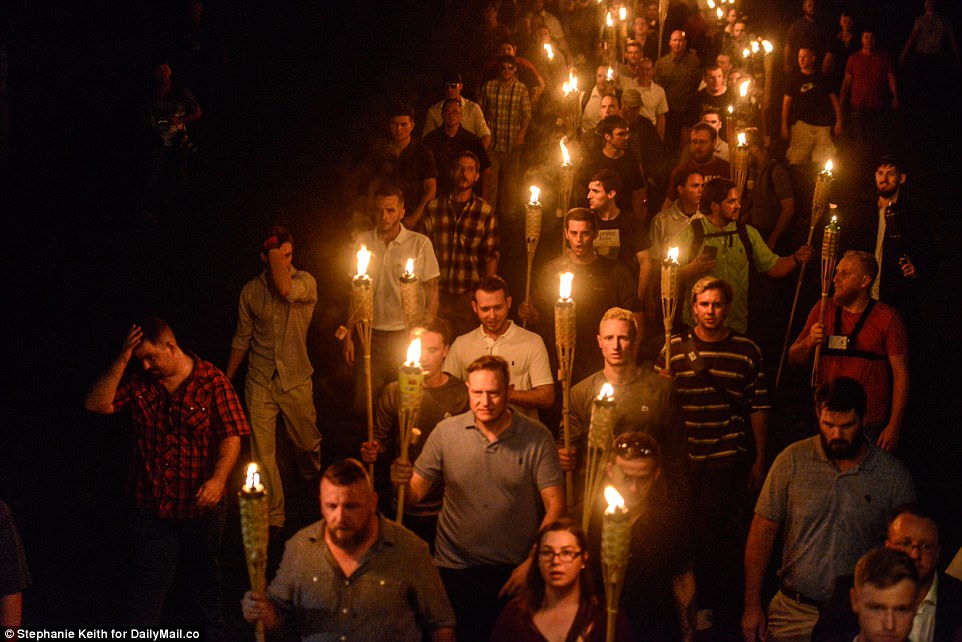