Thousands of revellers are getting ready to see in the New Year with a bang as fireworks are already lighting up the night sky, with 2019 rapidly approaching

In Edinburgh tens of thousands of people will welcome in the new year at one of the world’s biggest street parties.

While in London party-goers will flock to the banks of the Thames to enjoy the iconic views and take in a dazzling firework display.

Pictured left to right, Bel Liria, 27, (Barcelona), Hannah Berntsson, 24, from Derby, Lydia Westwood, 24, from Derby, and Cristina Fernandez, 21, from Barcelona, join some of the 75,000 people at the Edinburgh Hogmanay 2019 Street Party in Edinburgh to celebrate the start of the New Year in the Scottish capital 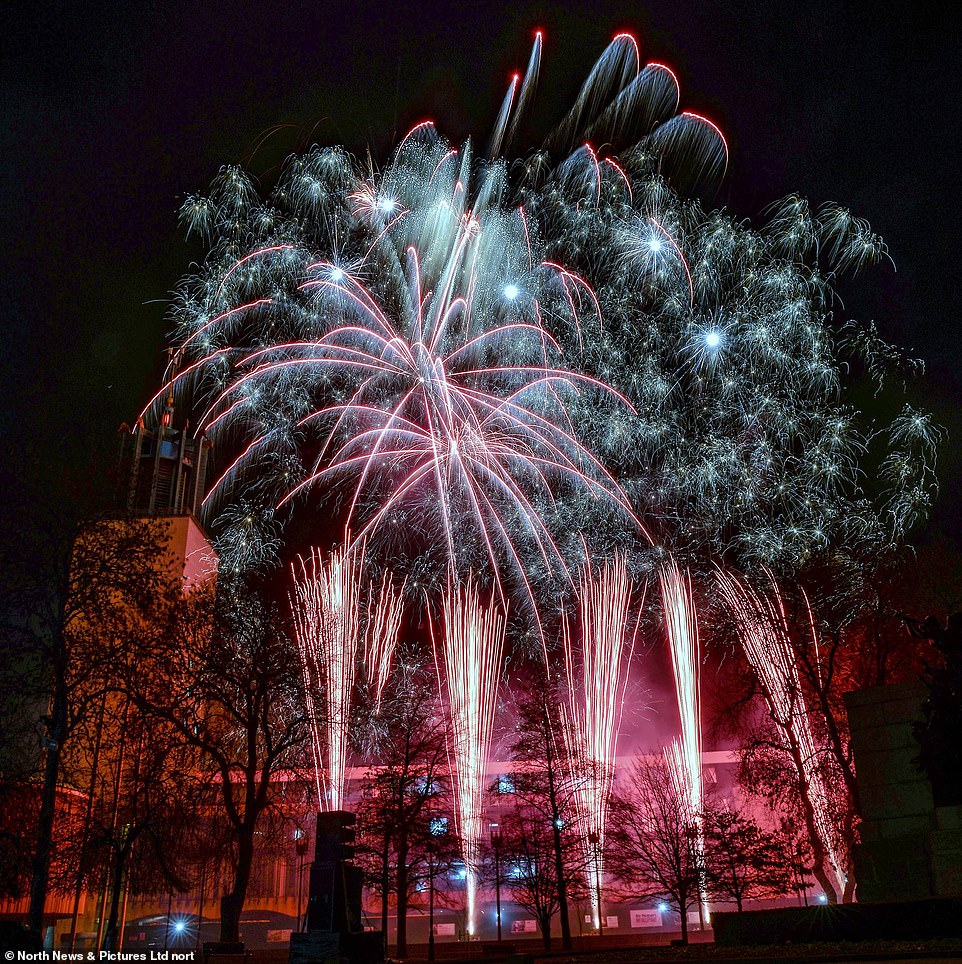 Fireworks light up the night sky above the Civic Centre in Newcastle as New Year Eve celebrations start a bit early. Thousands are expected to descend on the town centre to join in the celebrations 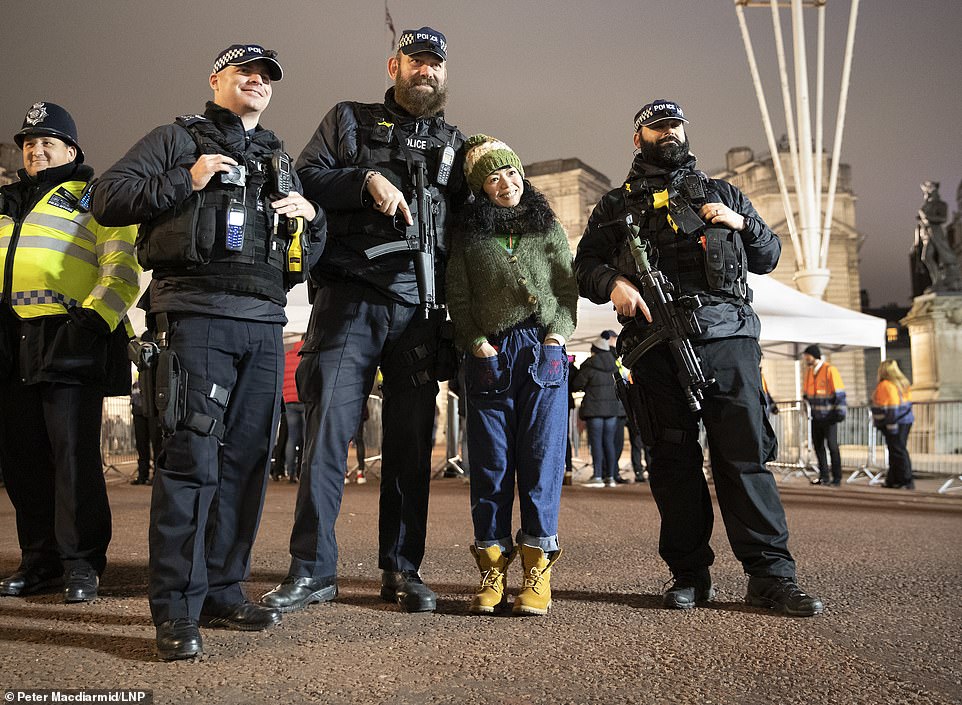 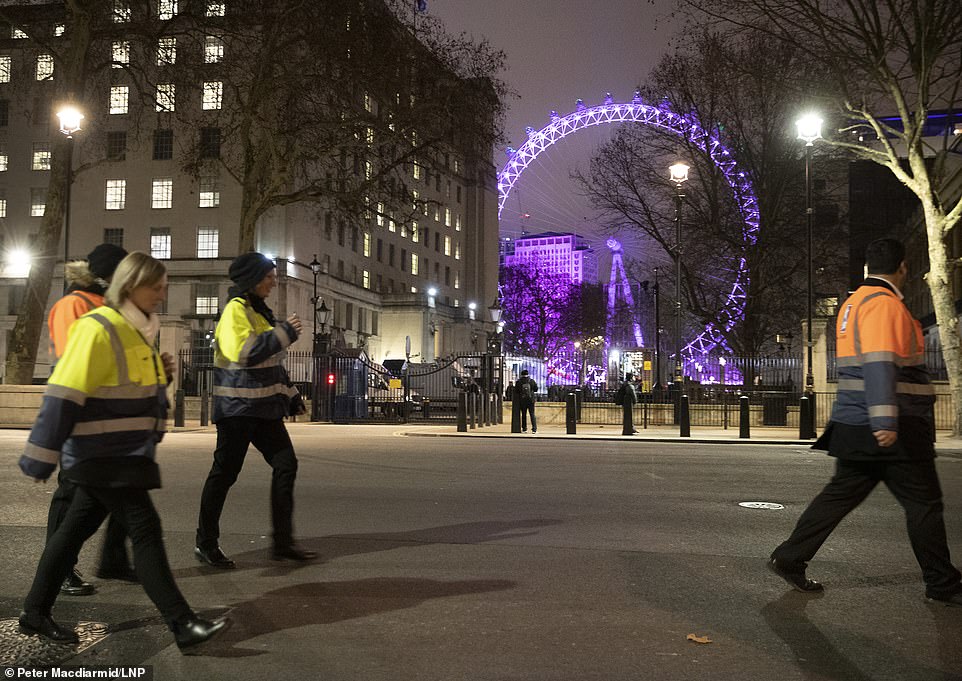 The sight of the London Eye before the crowds arrive to celebrate New Year’s Eve in central London. More than 100,000 people are attending London’s ticketed fireworks display on the banks of the River Thames this evening 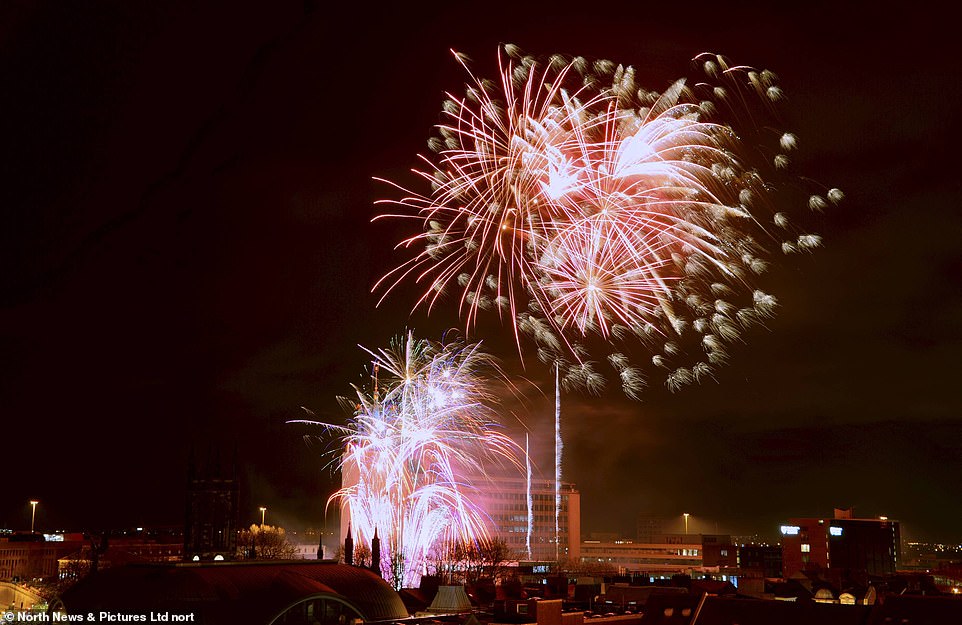 The party is already getting started in Newcastle as firework displays light up the night sky. Elsewhere, Brits are gathering to drink, be merry and see in the New Year in style 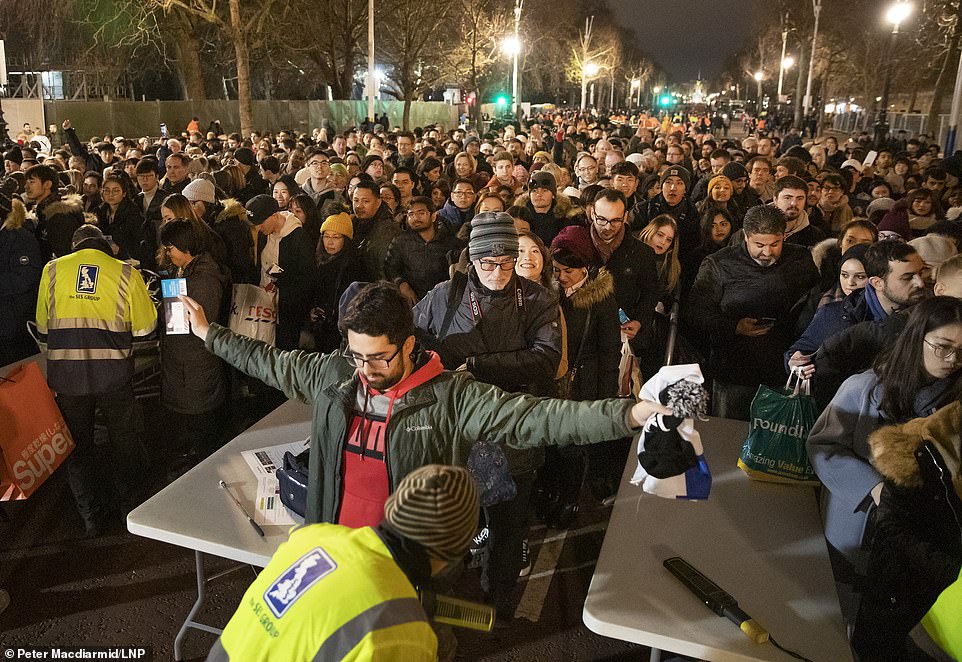 A spectacular 70,000 projectiles made up of 12,000 fireworks will light up London’s skyline as they are fired from four positions – barges and the London Eye.

In Newcastle the dark night sky is already being lit up with explosive firework displays in anticipation for midnight, as Brits all over the country get ready to see in the New Year with a bang.

Speaking on New Year’s Eve, he said: ‘Well one of the things which upset many, many Londoners and many people across our country and in Europe is the tone and language used by politicians in Westminster, giving the impression we’re insular, inward looking, not welcoming to Europeans.’

‘I think the Government’s made a mess of negotiations with the European Union,’ Mr Khan continued. 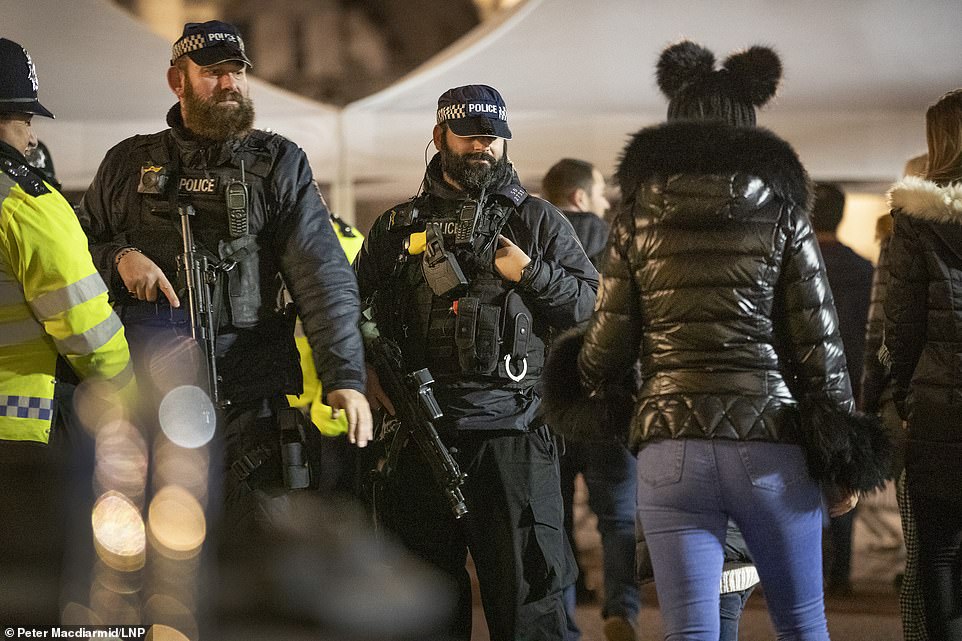 ‘Bearing in mind Parliament can’t resolve the issue of how we will leave the European Union, we should allow the public to take back control with the option of staying in European Union, or accepting the deal made by the government,’ he said.

He vowed that London would remain the same after March 29 2019, adding: ‘What tonight is about is showing the world, while they’re watching us, that we’re going to carry on being open-minded, outward looking, pluralistic’.

Organisers of Edinburgh’s Hogmanay said this year’s events – with a budget of £3.7million, including £1.25million from taxpayers – celebrate the ties between Scotland and Europe as the UK prepares to leave the EU in 2019.

Bands, DJs, street performers, dancers, acrobats and fire eaters from Scotland and mainland Europe will be performing at the street party, which starts at 7.30pm.

There will be music across three stages, with Gerry Cinnamon headlining the Waverley stage, Judge Jules headlining the DJ stage in Castle Street and Elephant Sessions on stage in South St David Street. 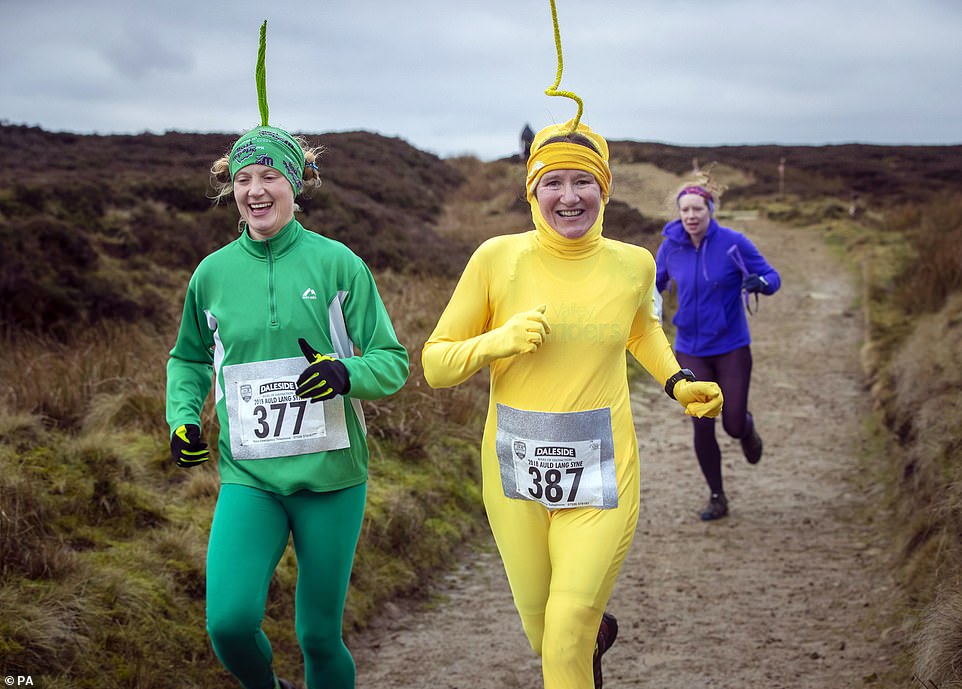 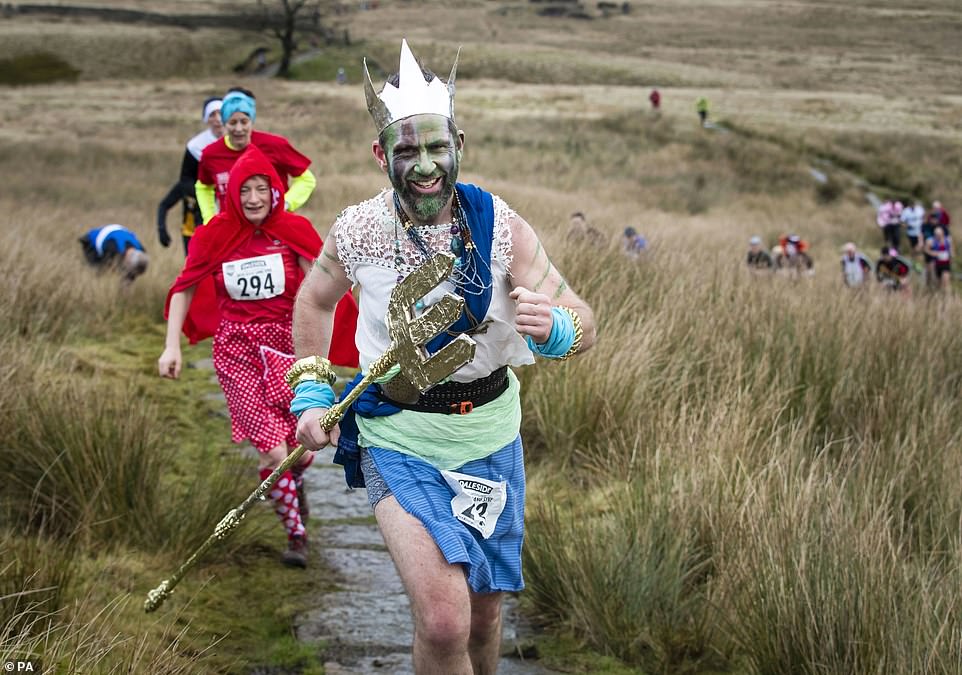 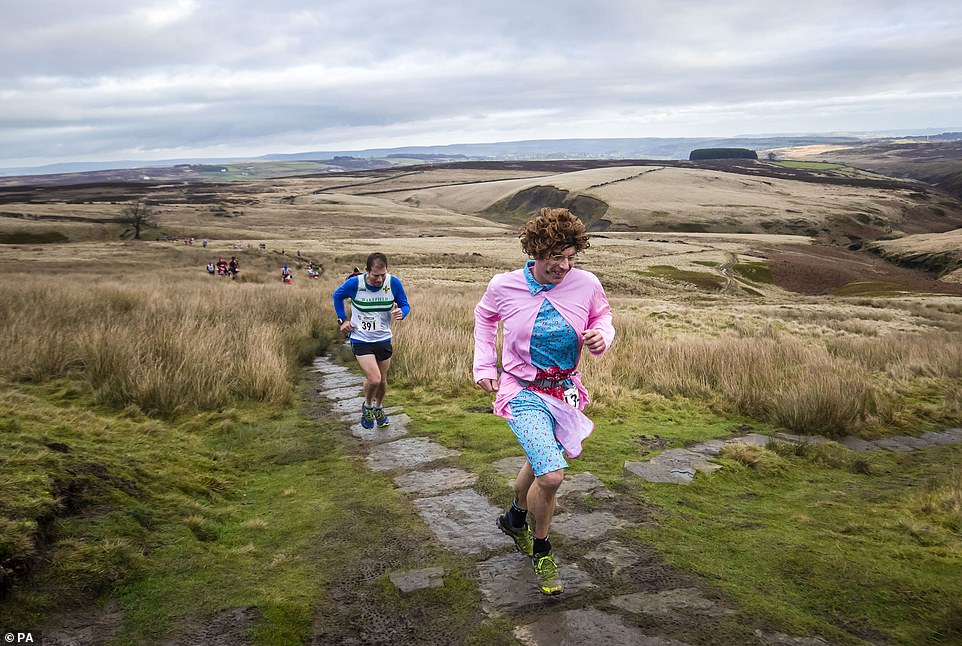 Franz Ferdinand will headline the Concert in the Gardens at the foot of Castle Rock, supported by Metronomy and Free Love, while some of the country’s top ceilidh bands will play at Ceilidh under the Castle.

The three-day festival opened on Sunday with the traditional torchlight procession, culminating in Holyrood Park where the outline of Scotland was lit up.

On New Year’s Day, buildings across the Scottish capital will be illuminated by ‘love letters to Europe’ by writers including Chitra Ramaswamy and Emma Pollock.

Event directors Charlie Wood and Ed Bartlam said: ‘This year’s Edinburgh’s Hogmanay has a fantastic line-up of events for young and old under the banner We Love You, a celebration of Scotland’s long-standing cultural ties with Europe.

‘From our Concert in the Gardens headliner Franz Ferdinand to Carlos Nunez at the McEwan Hall, Massaoke at Bairns Afore to Gerry Cinnamon and Snap! at the Street Party, and the Loony Dook to our six writers creating love letters to Europe in Message from the Skies across the city, the programme is diverse, exciting and fresh. We look forward to welcoming you all.’ 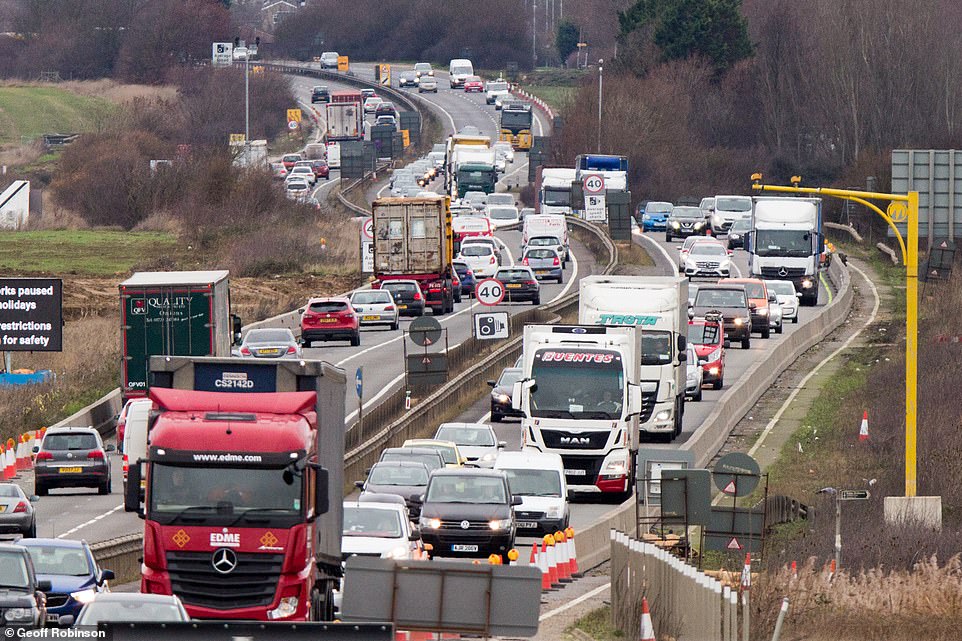 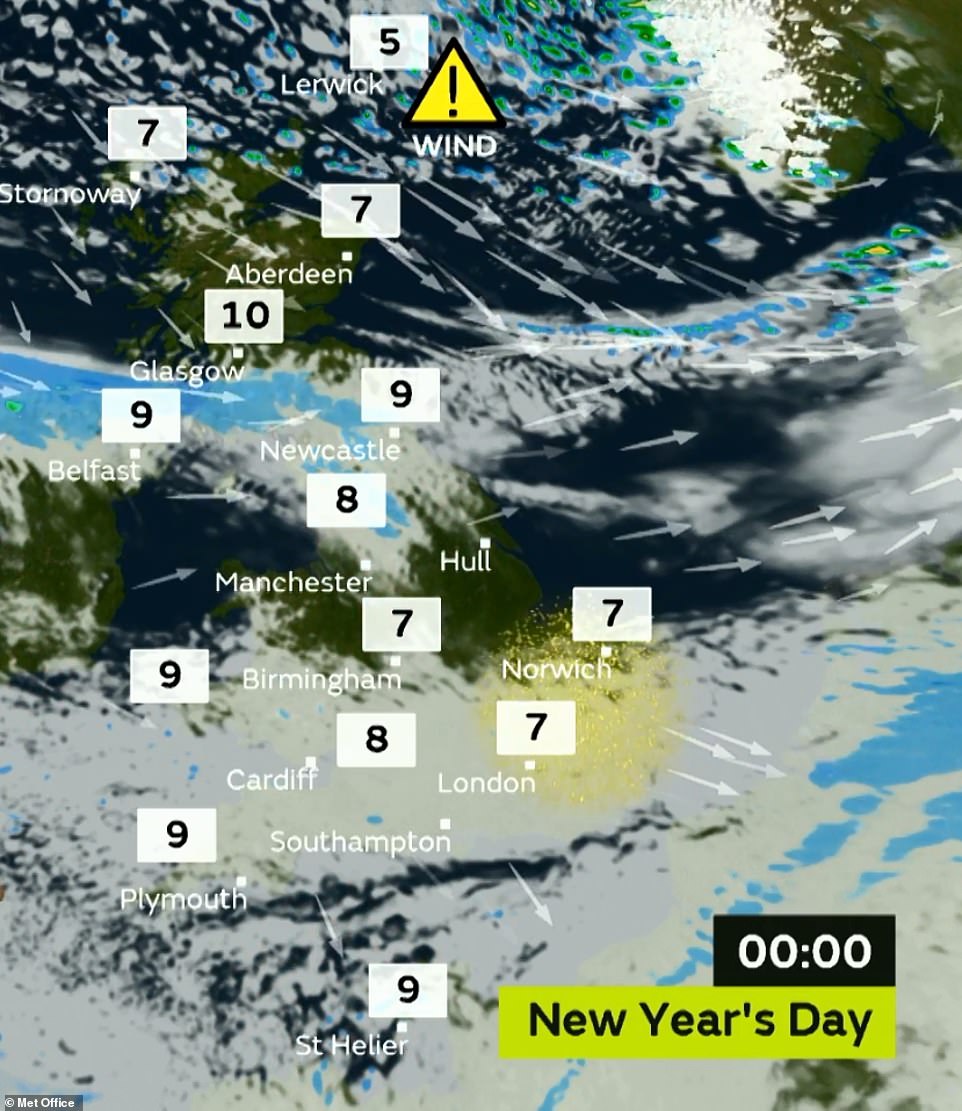 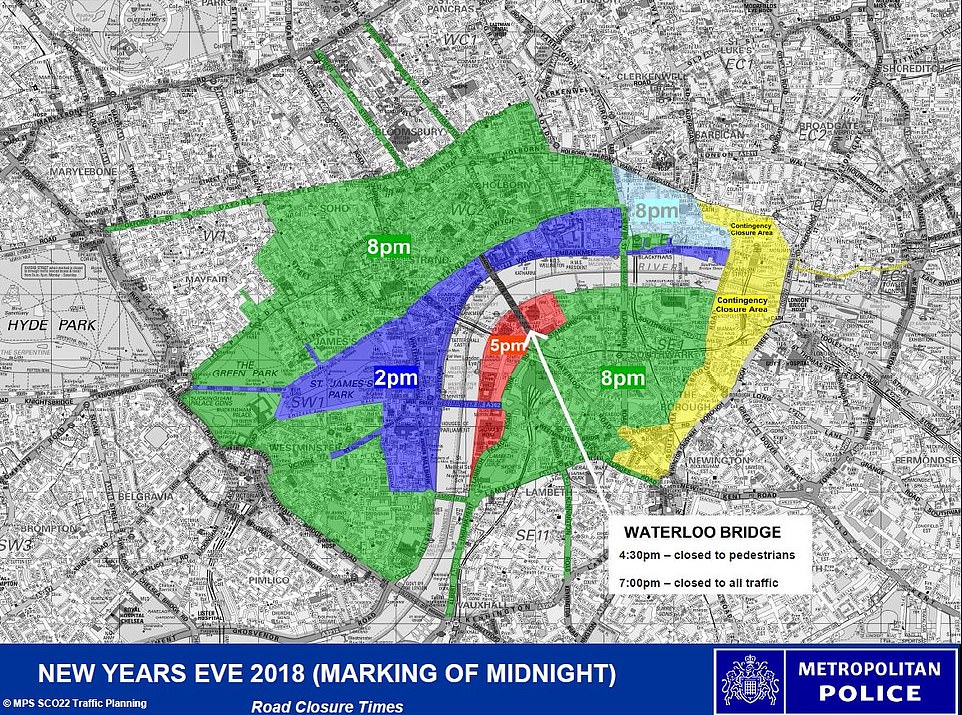 The weather is predicted to be unsettled but not as dramatic as previous years when storms affected the festivities.

Met Office forecaster Matt Box said: ‘It should stay quite dry during the day and it could be quite breezy through Monday.

‘But we could see some rain in the evening, light in nature, and it will stay fairly breezy into the evening.

‘We could see some gusts up to about 35mph, so it’s looking a bit unsettled for any new year celebrations. There could be light rain or drizzle.’

Meanwhile, Sadiq Khan has said London’s sold-out New Year’s Eve fireworks show will be a celebration of the capital’s relationship with Europe.

As part of the mayor’s London Is Open campaign, his office said the event will send a message of support to the more than one million European citizens living in the capital.

Mr Khan has previously expressed his backing for a People’s Vote and has voiced his concerns over the effects of a no-deal Brexit on the capital. 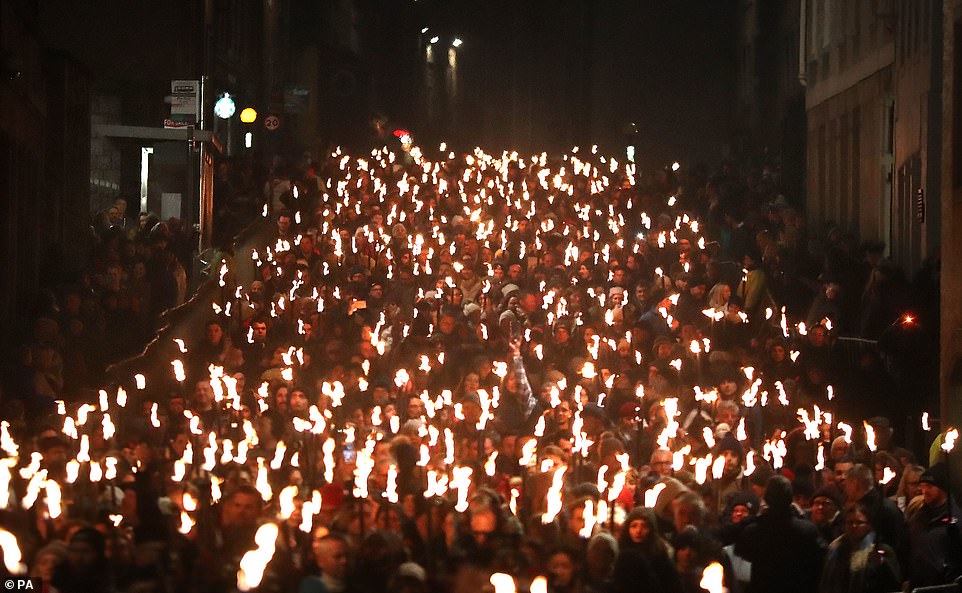 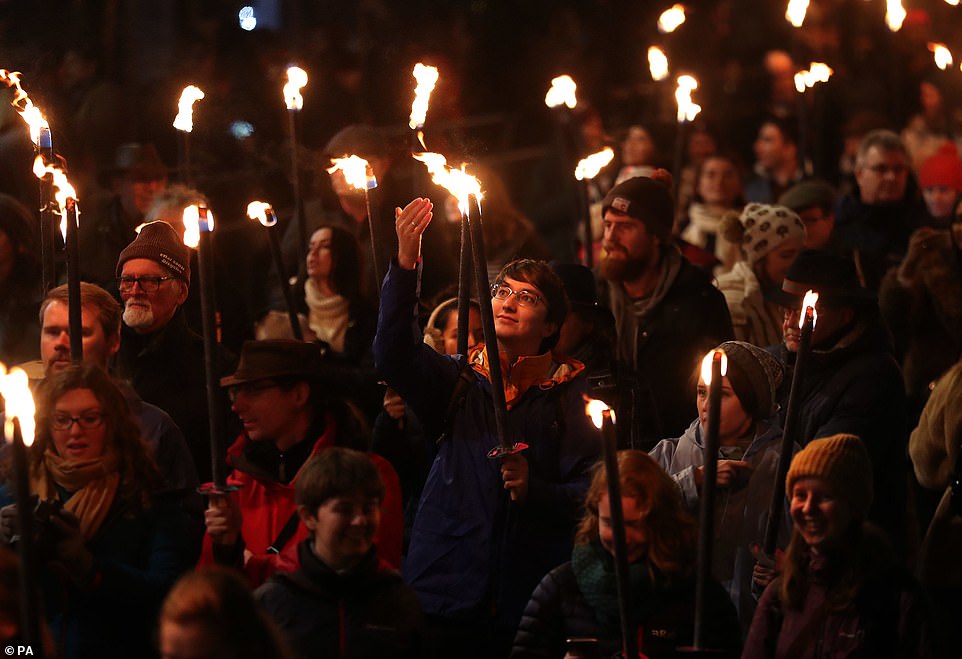 The Metropolitan Police advised ticket-holders to pack lightly and only bring essentials, as no backpacks or suitcases will be allowed into the event.

Mr Khan, said: ‘Every year our capital puts on the greatest fireworks show in the world with the spectacular images of our skyline shared all around the globe.

‘I’m proud that this year the millions watching around the world will see us send a message of support to more than one million EU citizens who call London their home.

‘By paying tribute to our close relationship with Europe as we welcome in the New Year, we will once again will show the world that London will always be open.’

The event will be broadcast on BBC One for those who were unable to buy a ticket.