More than 140cm fell on Thredbo in five days over the past week, a record for September, in what skiers have dubbed the Blizzard of Oz.

By Friday the snow was 233cm deep and still falling, covering slope markers, obstructing chairlifts and forcing patrons to dig themselves out of chalets. 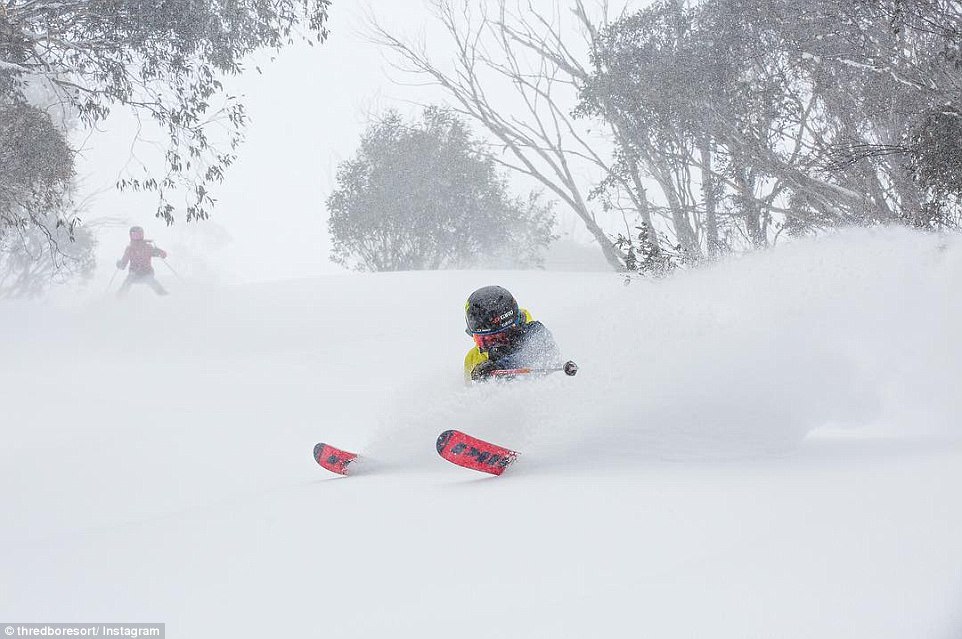 More than 140cm fell on Thredbo in five days over the past week, a record for September, in what skiers have dubbed the Blizzard of Oz 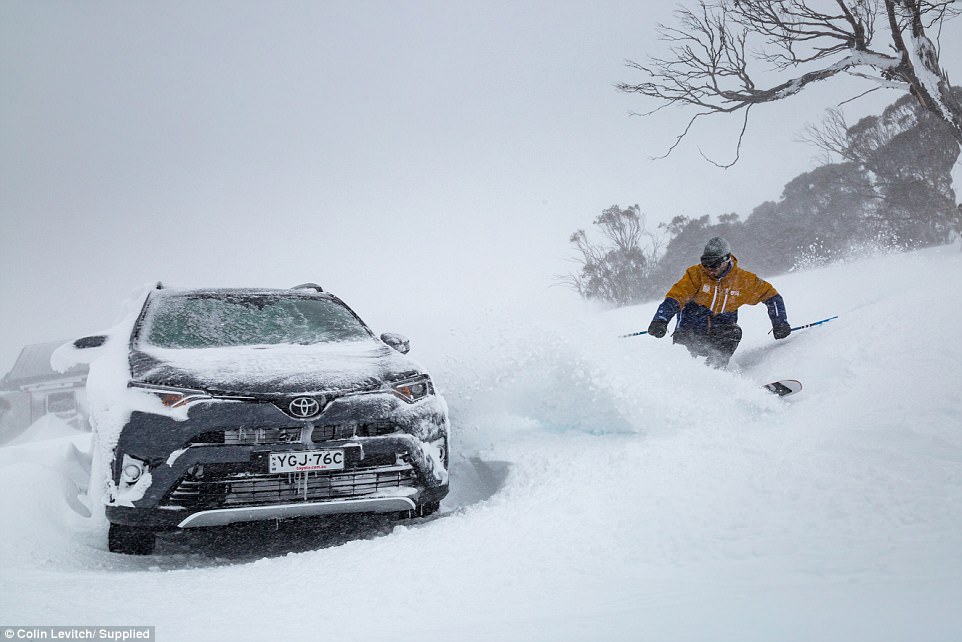 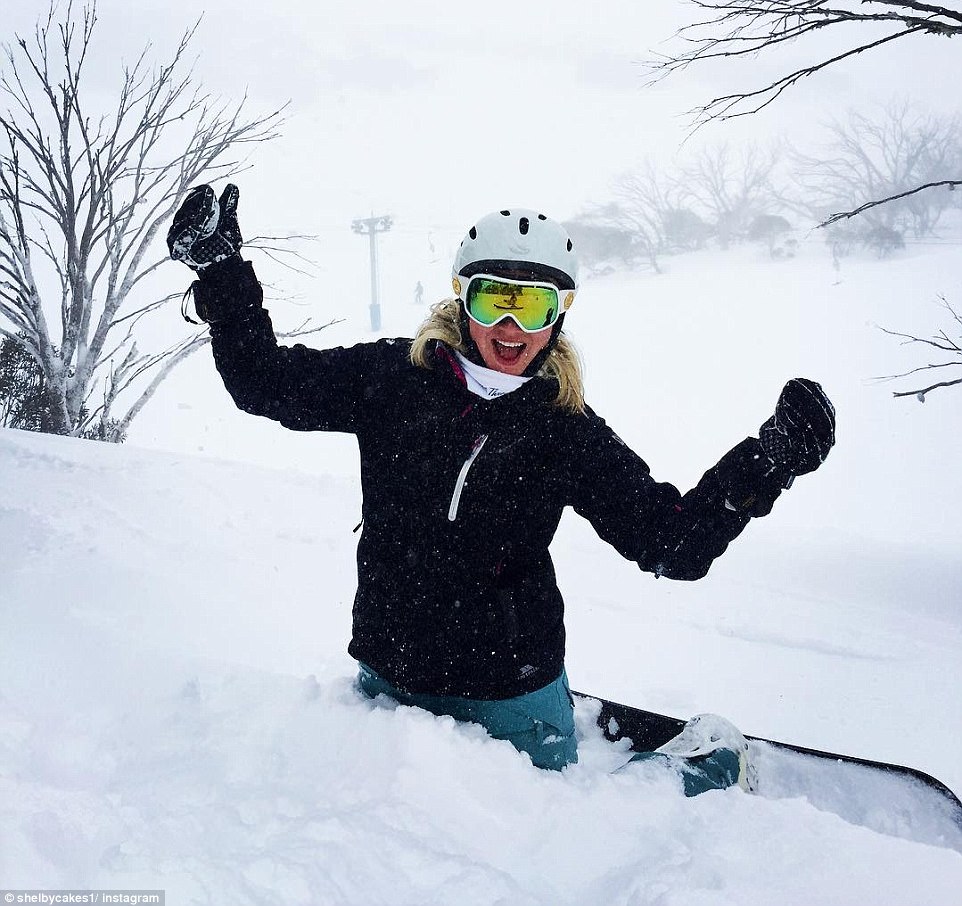 The conditions forced the cancellation of a major AFP World Tour stop, One Hit Wonder Big Air, planned for the week as snow covered the 30-metre ski jump.

So much snow landed on the jump that a RAV4 4WD parked next to it by event sponsor Toyota was completely buried in one night.

The huge jump ramp took 13 days to build at a cost of $66,000 just for the massive snowploughs to push the snow into shape.

It was finally finished last Sunday only to be covered by record falls the next day, as crews battled to dig the fresh falls out the rest of the week.

‘The weather was so bad we couldn’t do anything apart from sit, pray and hope it would still be there when the snow stopped,’ event marketing manager Tim Myers told Daily Mail Australia. 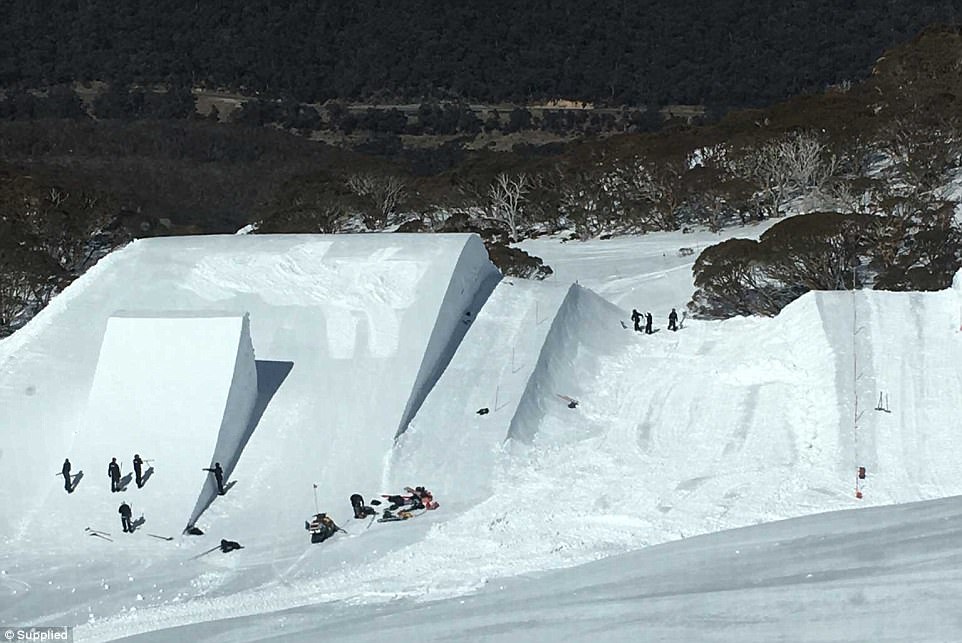 The huge jump ramp took more than a week to build at a cost of $66,000 just for the massive snowploughs to push the snow into shape 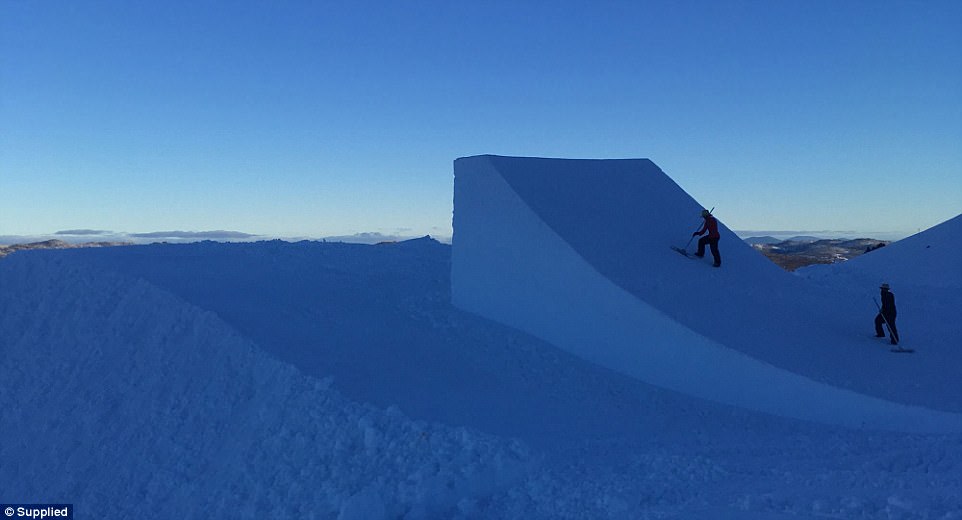 It was finally finished last Sunday only to be covered by record falls the next day, as crews battled to dig the fresh falls out the rest of the week 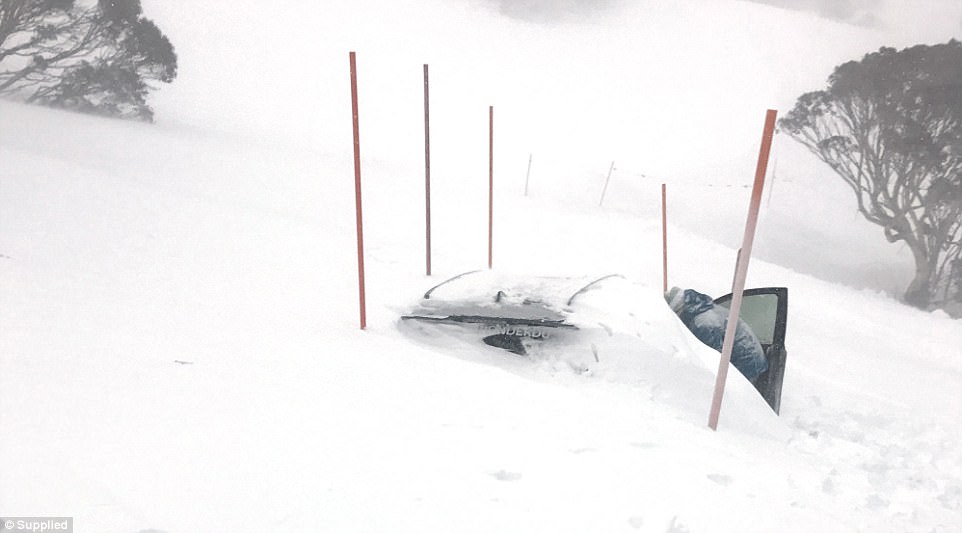 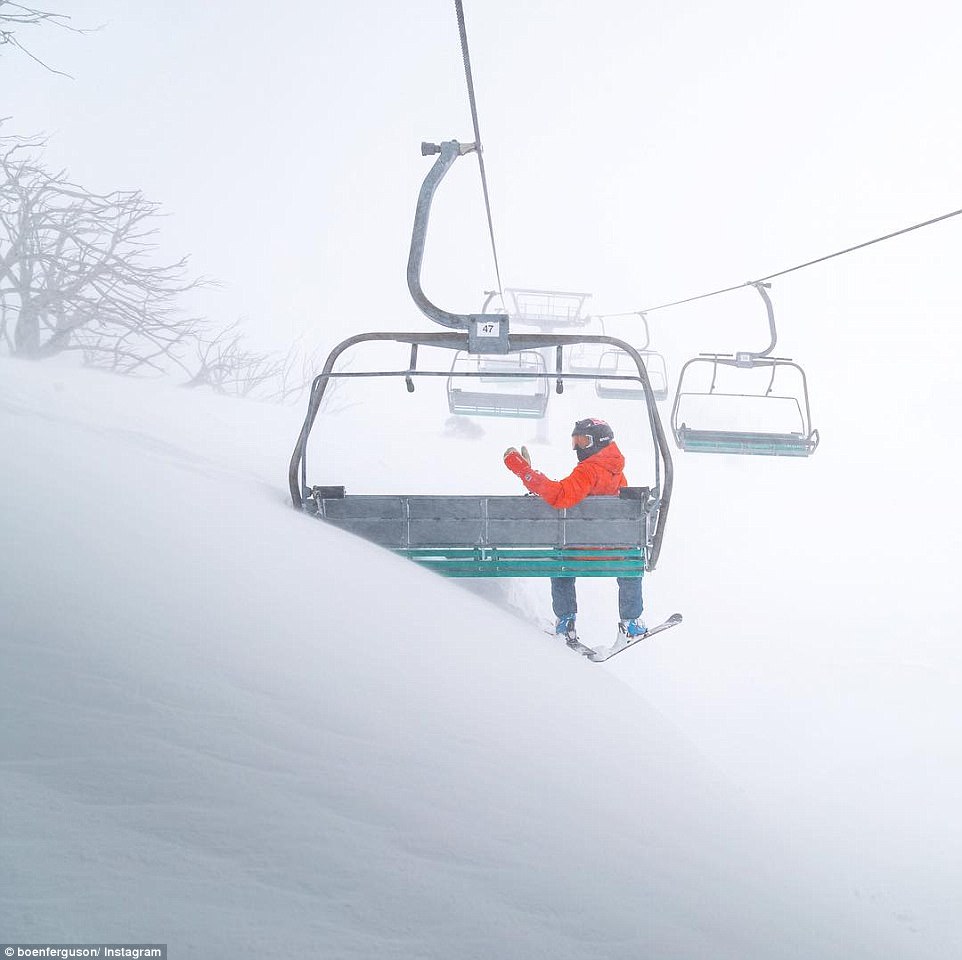 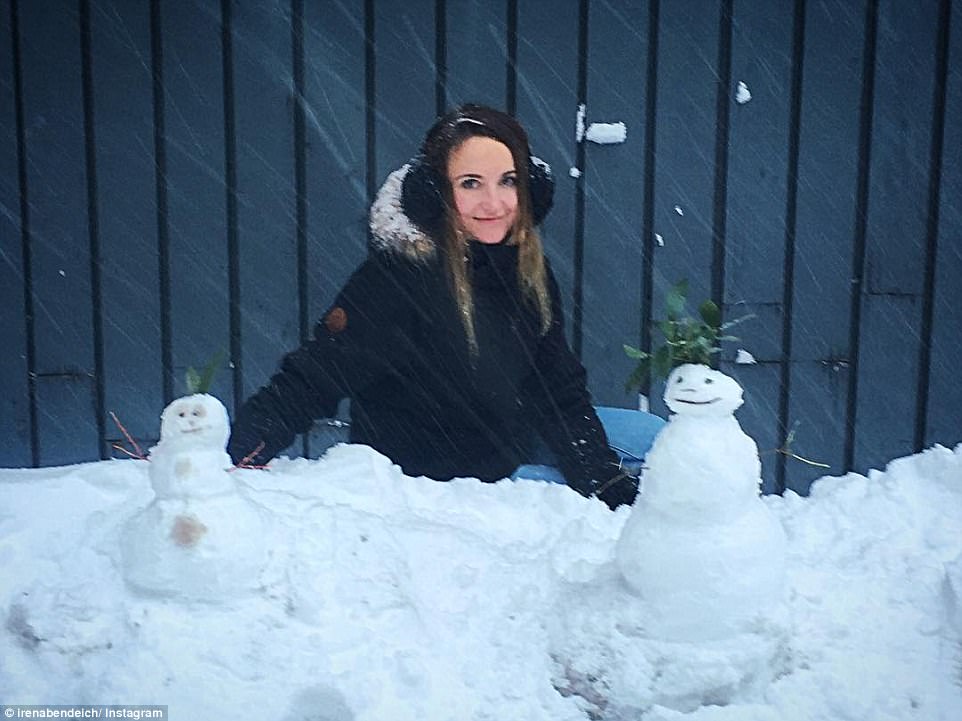 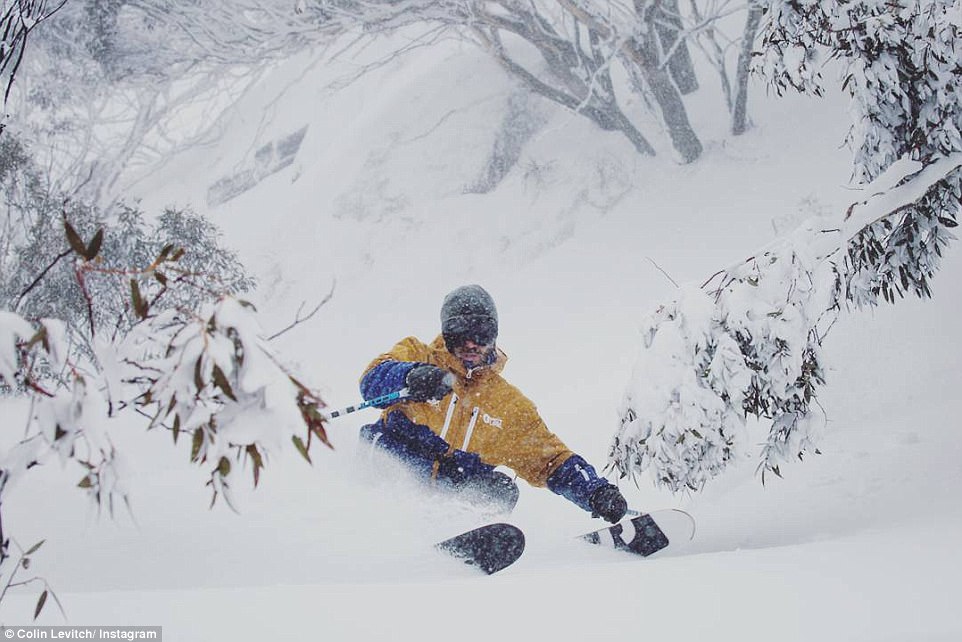 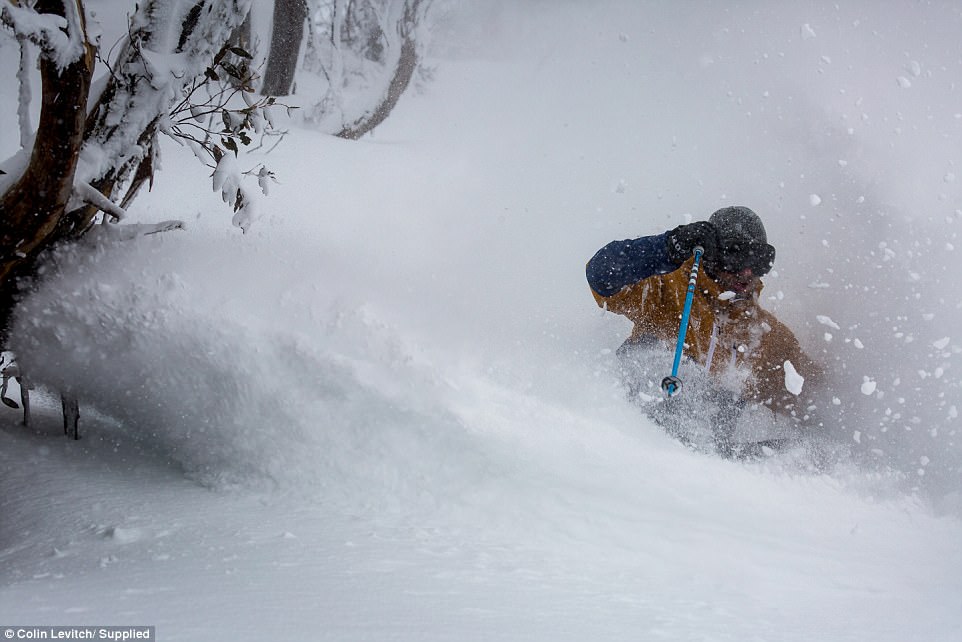 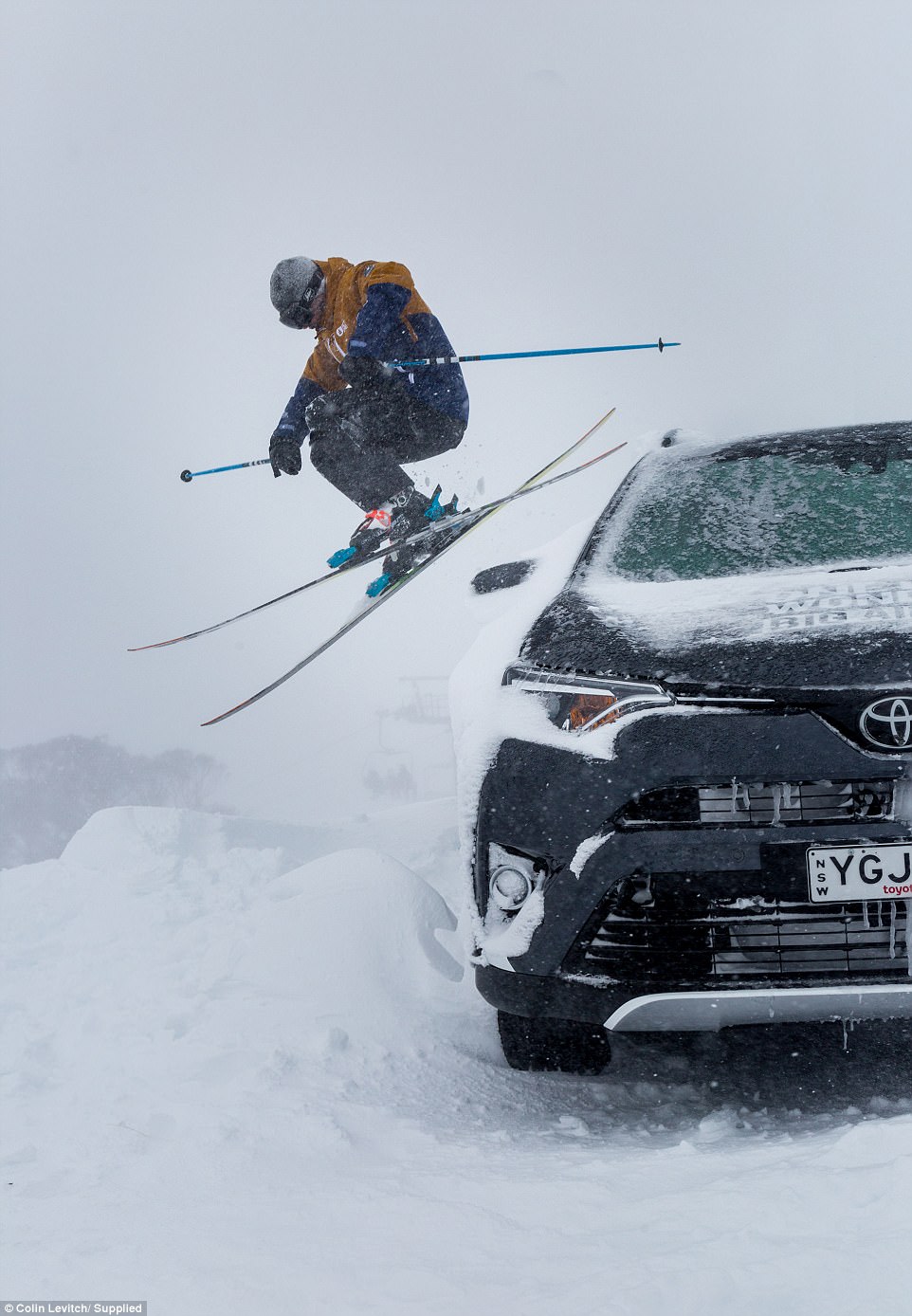 ‘We went up there every day to see what could be done, but until late on Thursday to visibility was so bad I couldn’t see my feet and there’s a lot of ledges to fall off.

‘From the moment we could see anything the guys were in there shovelling it out and then filling in holes, fixing up like a snowman.’

It was a frantic race from late on Thursday until Saturday to uncover the jumps and get them ready in the hope the competition could get underway.

‘Too much snow is generally not a problem we get to deal with in the Australian resorts, but right now it feels like we’re trying to unearth ancient Rome with a toothpick and have got two days to do it,’ crew supervisor Matt Galina said. 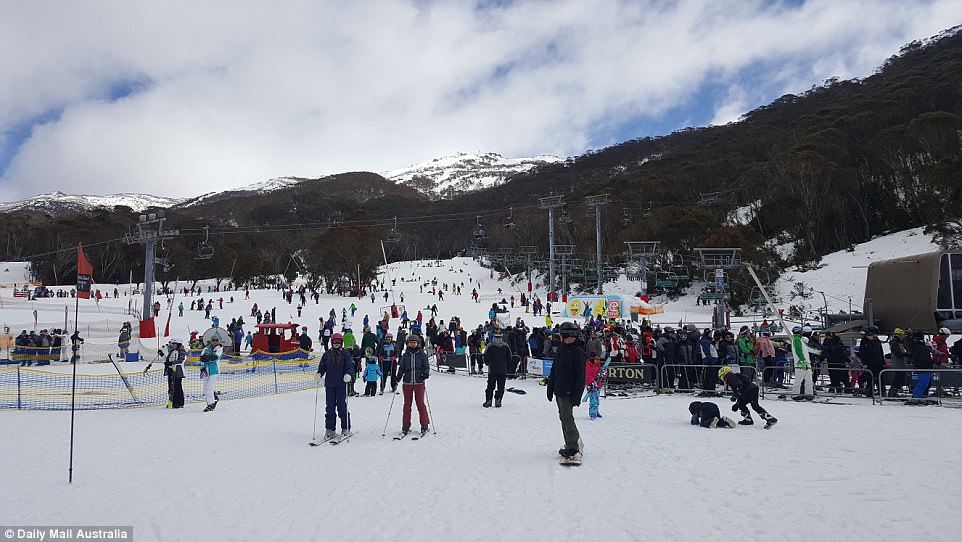 Conditions improved on Saturday when thousands hit the slopes 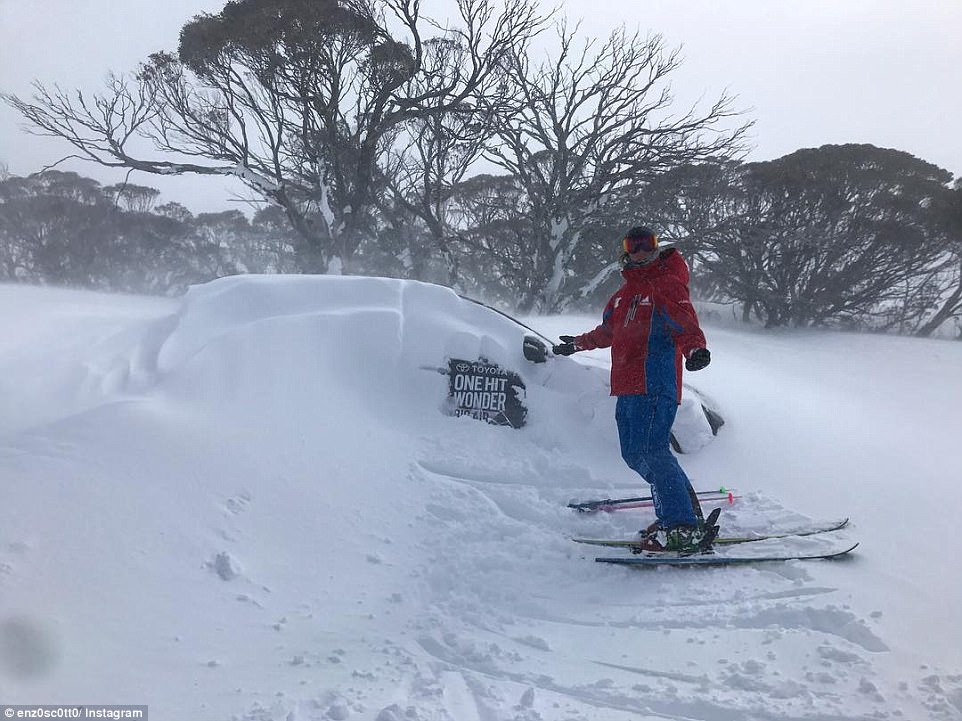 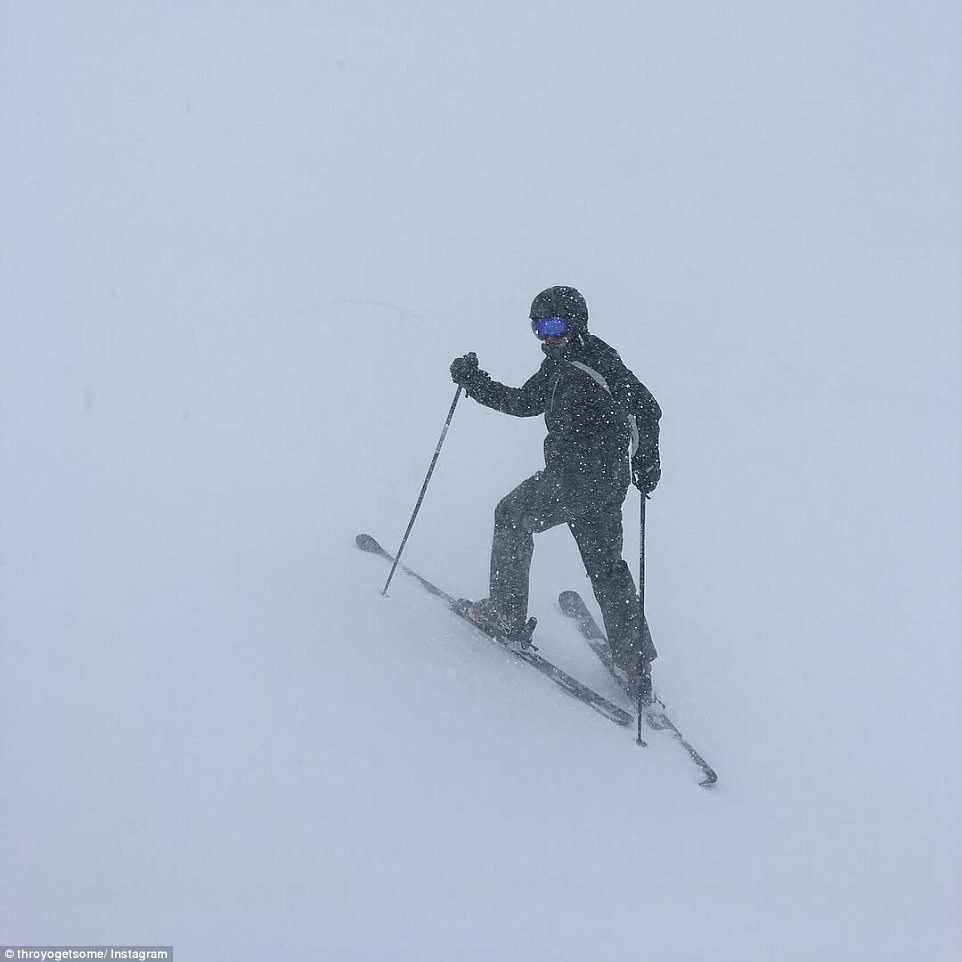 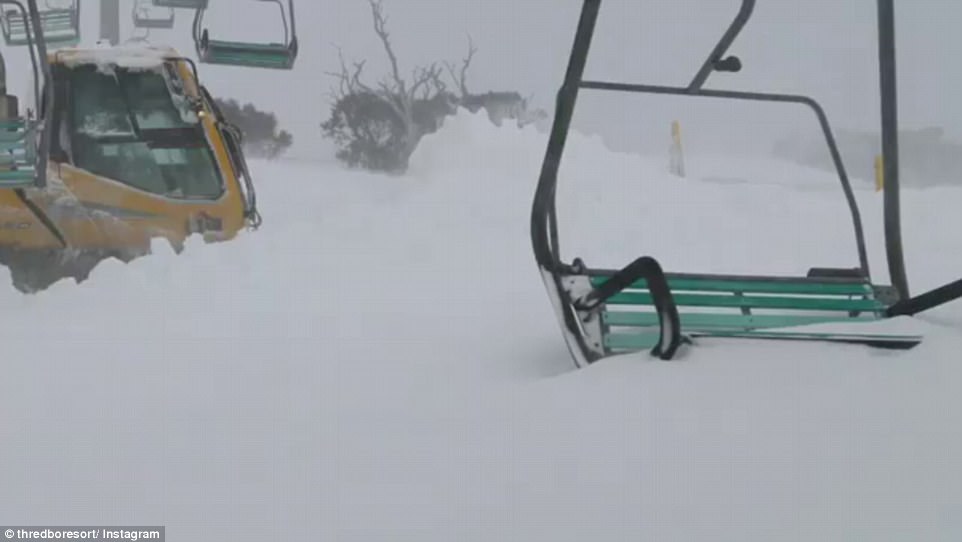 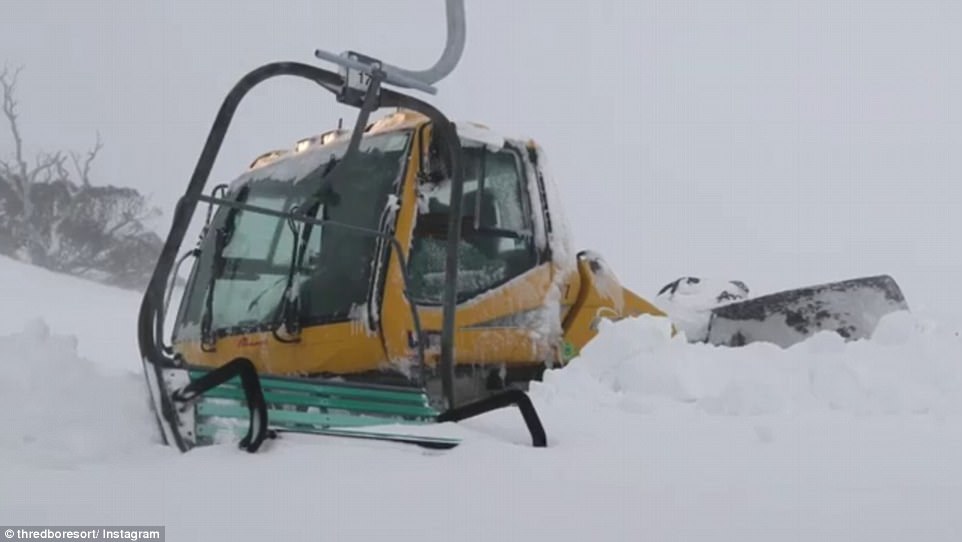 The record snow presented unexpected difficulties for the resort’s staff

Perfect jump conditions of cloudless skies and gentle winds finally arrived on Sunday, but as this was outside the competition dates no AFP Tour points could be awarded.

Instead, the 12 top athletes from around the world who stuck around were split into teams of two, with one filming the other as they jumped.

Teams were awarded cash prizes for their mid-air stunts and footage.

Mr Myers said though it was a frustrating process and bittersweet to cancel the competition, the heavy snow meant the athletes had a great week on the slopes.

‘It was the best skiing I’ve ever had in Australia, the quality of the snow was incredible, like powder in your face,’ he said. 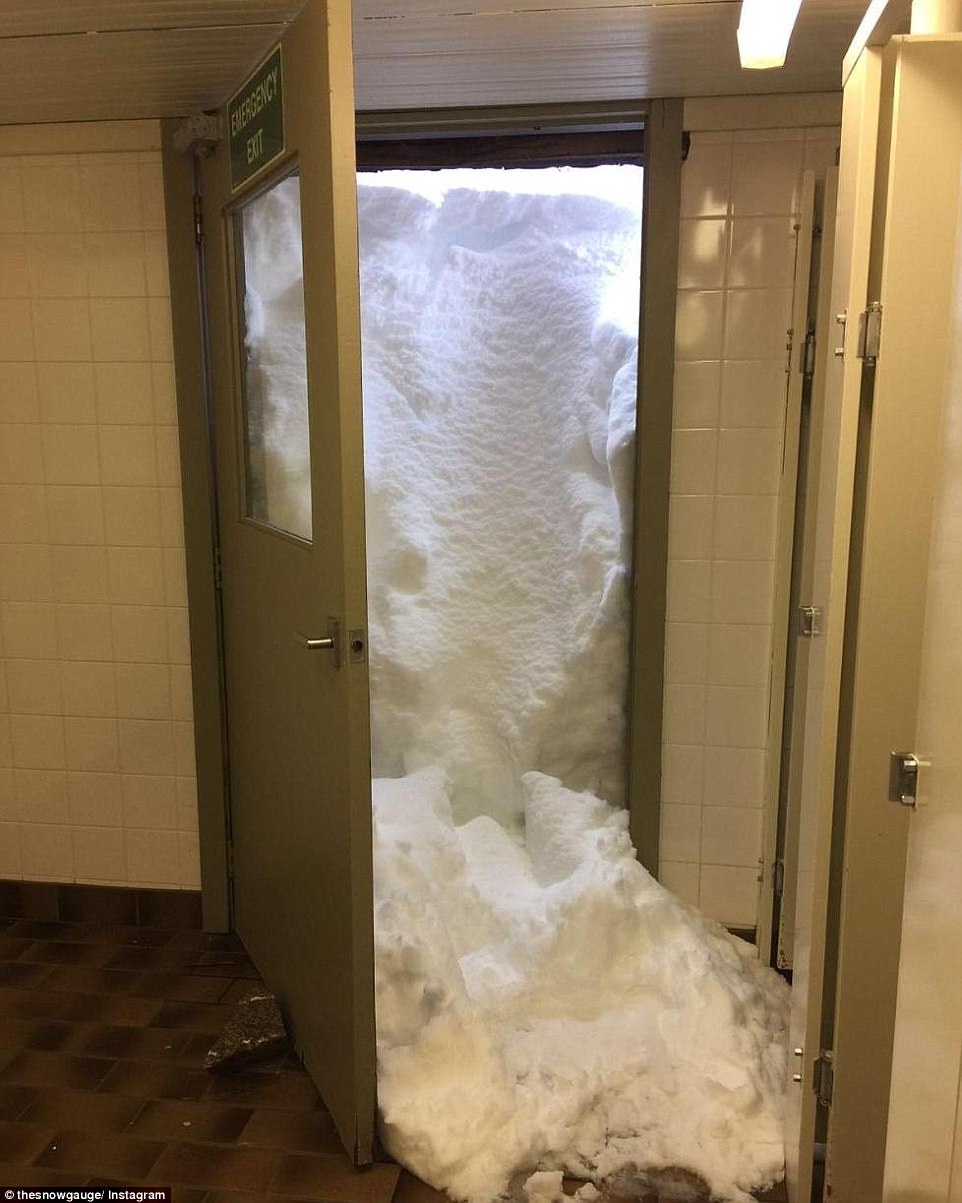 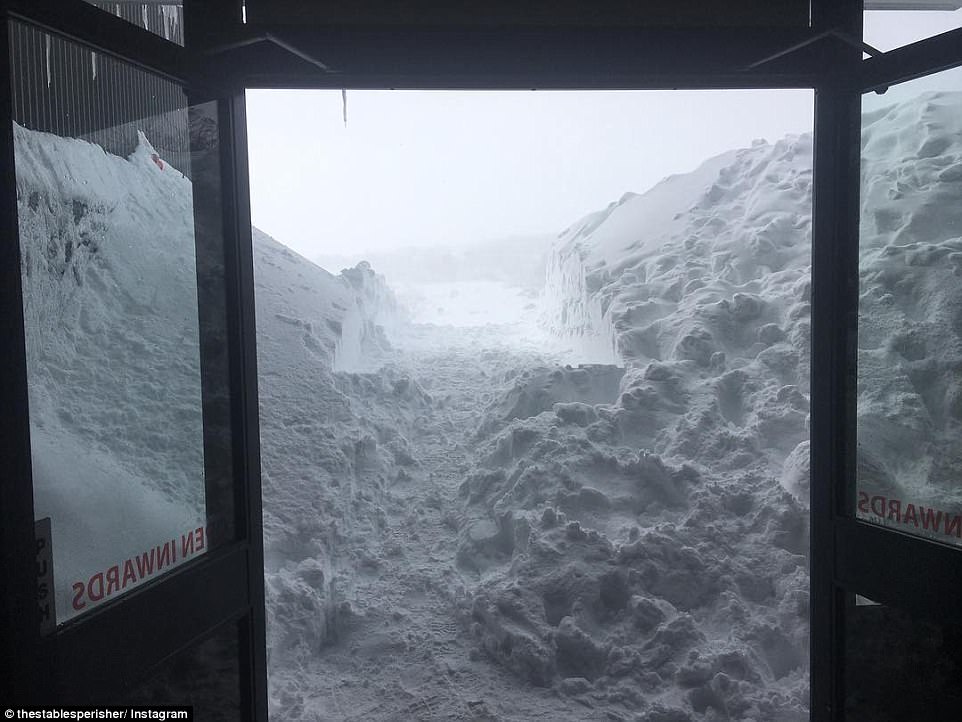 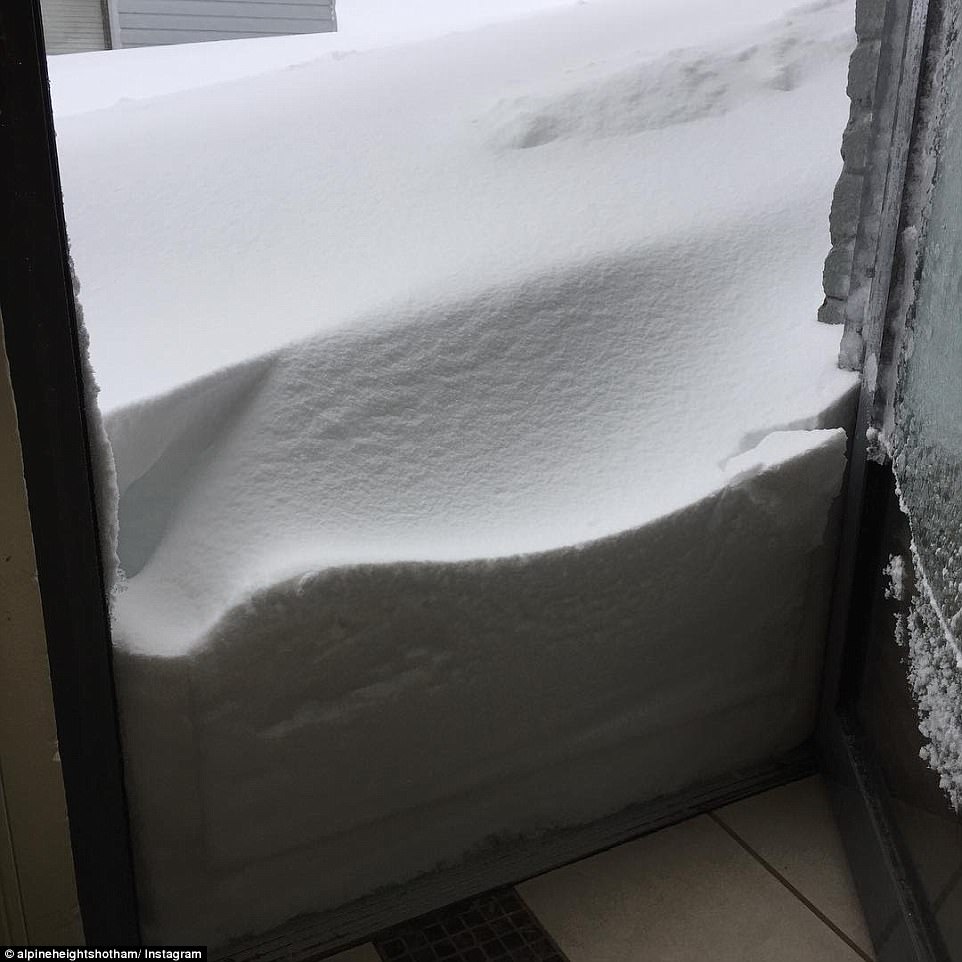 A chalet on Mount Hotham snowed in by heavy overnight falls 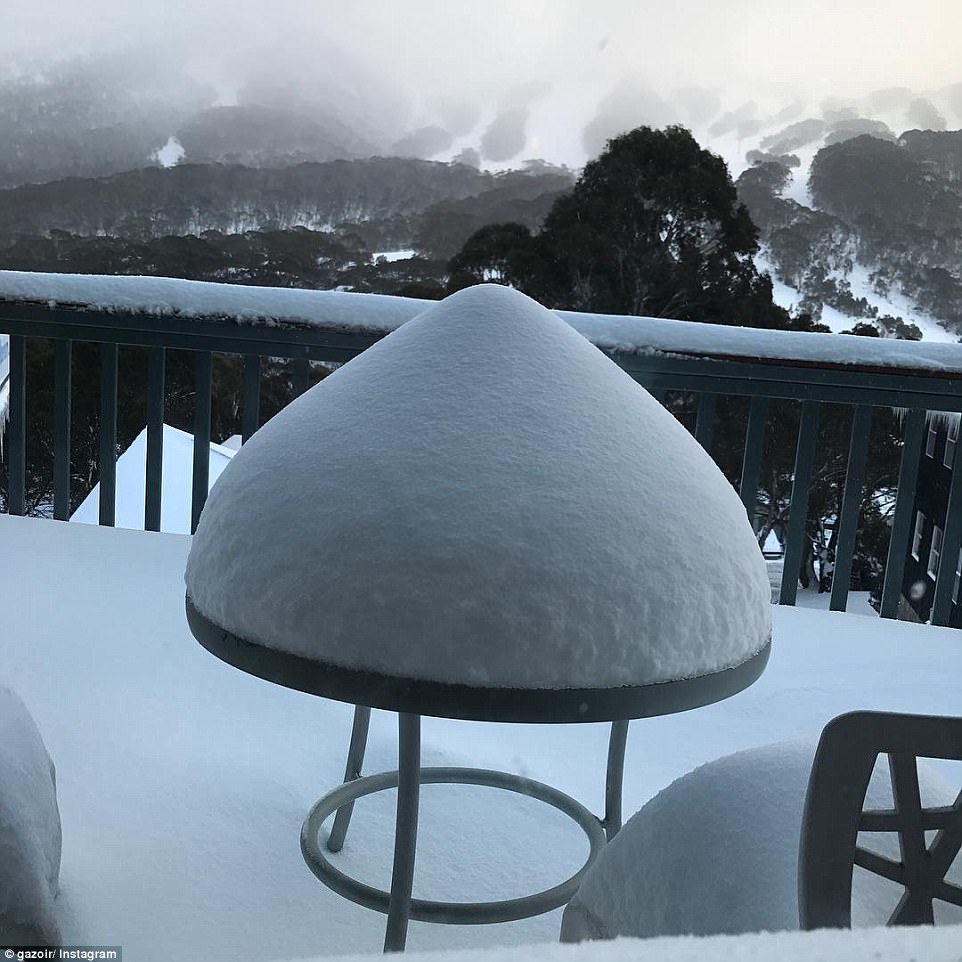 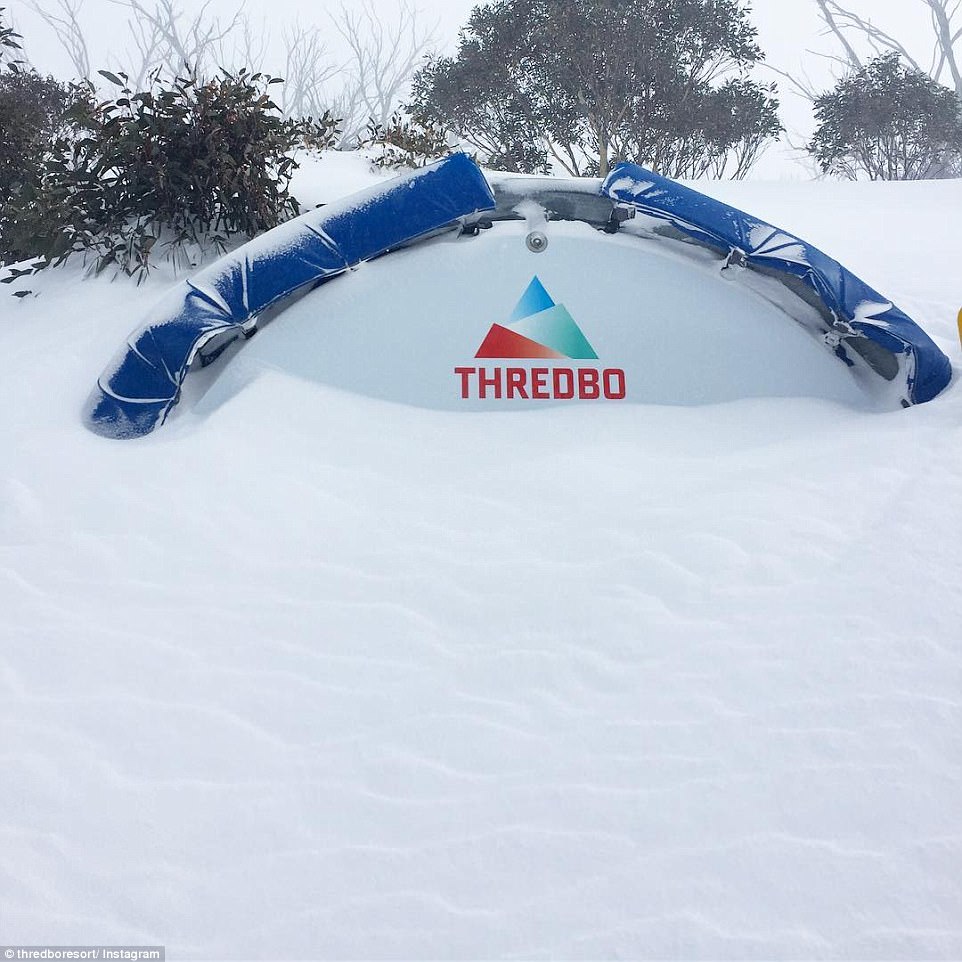 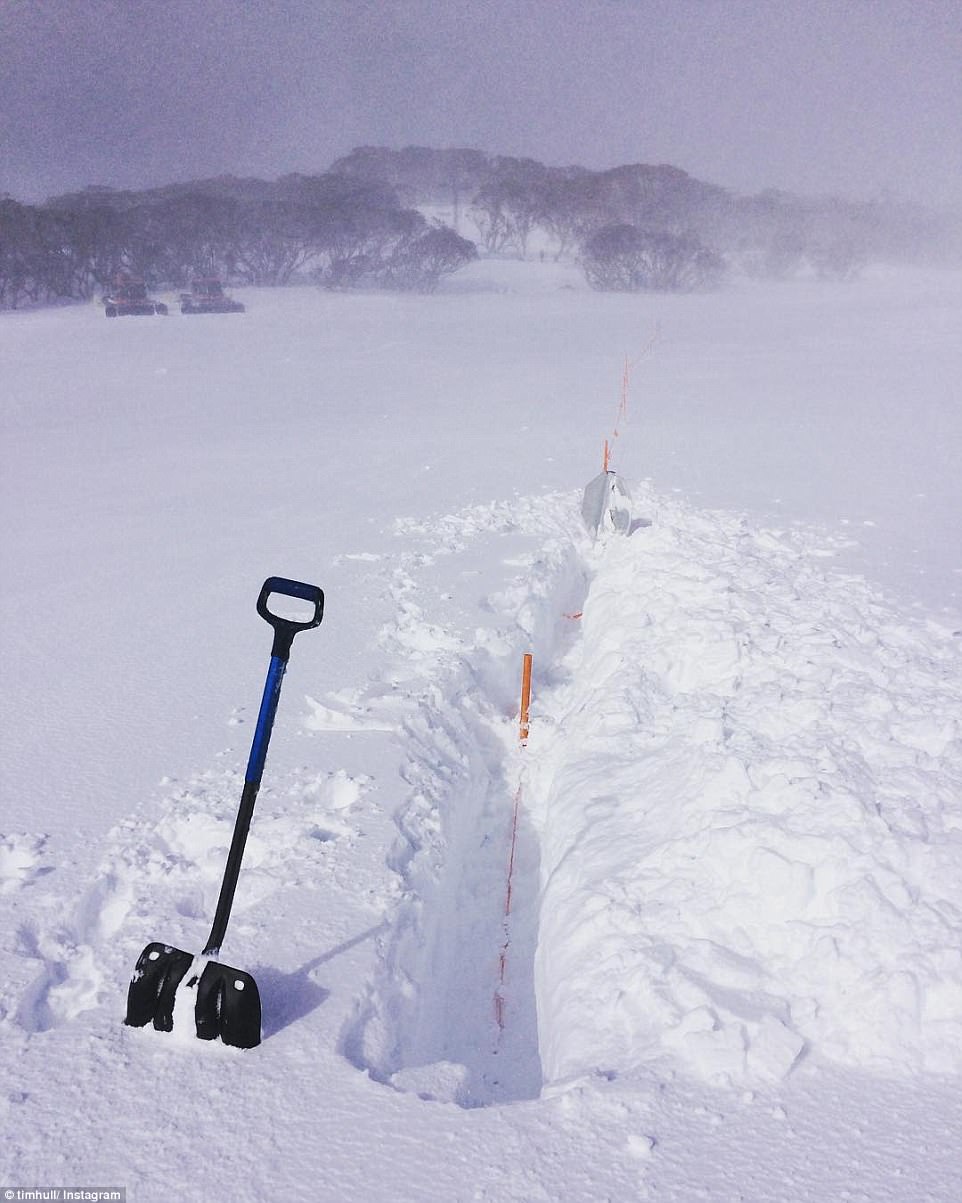 ‘We had a lot of fun, it was great for the international guys to see conditions here as good as the Alps or North America, I was very proud.’

Casual skiers and snowboarders also had a wild time on the slopes as bumper snow fell.

Patrons shared photos of themselves standing waist-deep in huge drifts or stuck on chairlifts, piles of snow outside their doors, and daring runs down the slopes.

When the skies cleared on Saturday and Sunday there was enough snow around for quick descents and soft landings for the inevitable falls by young and old.

More snow is forecast from Wednesday for the rest of the week with the wind picking up on Tuesday. 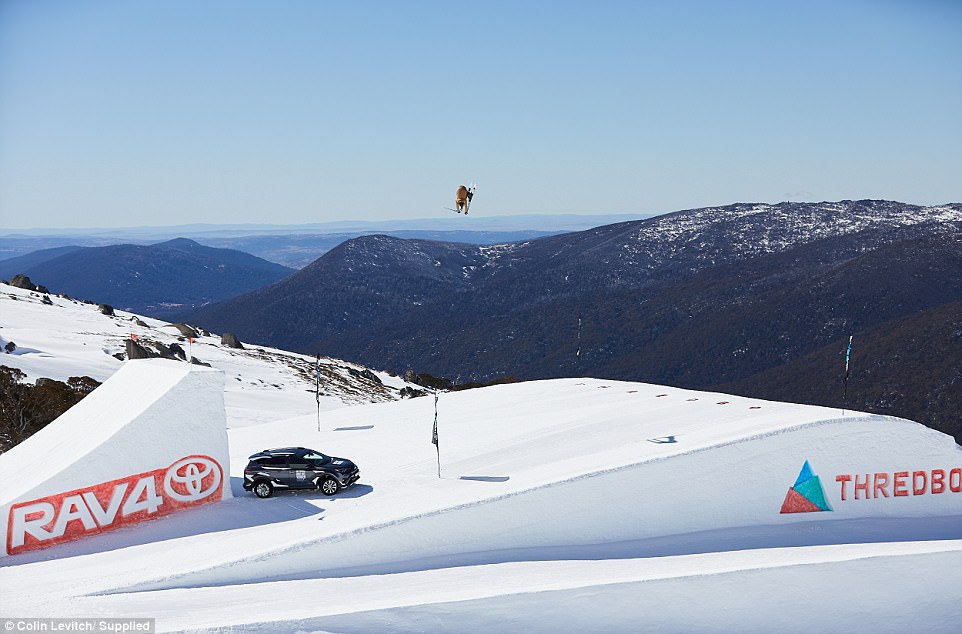 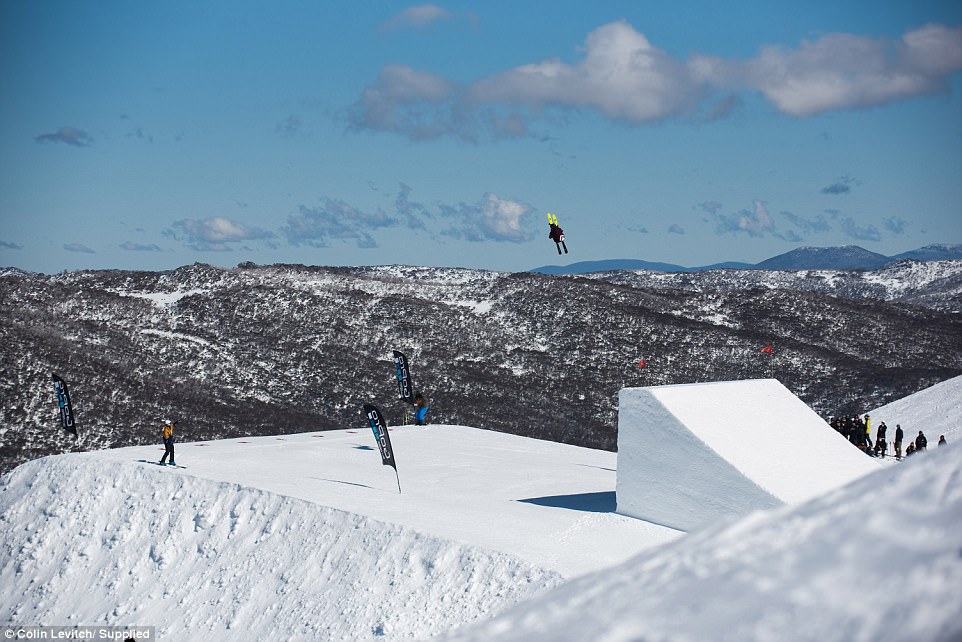 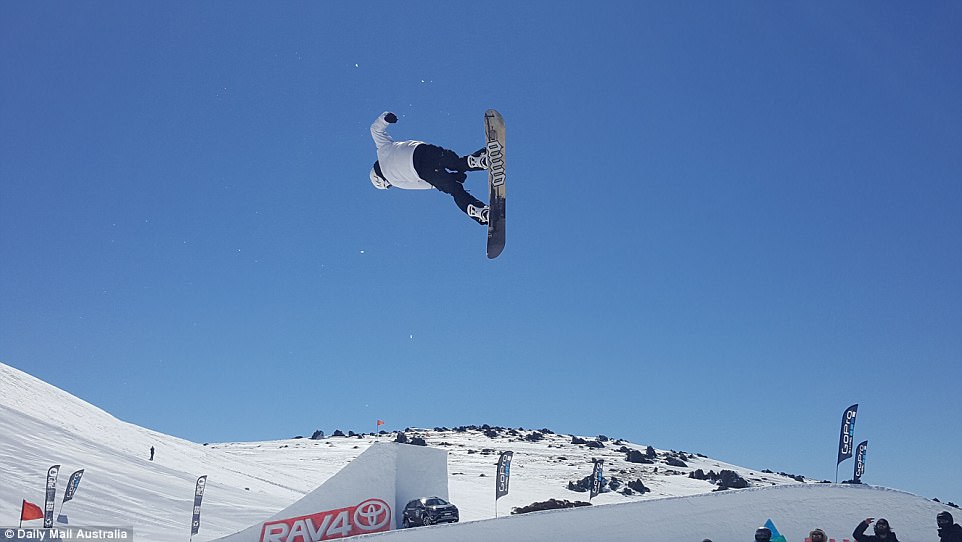 Snowboarders jumped off a smaller ramp next to the ski one 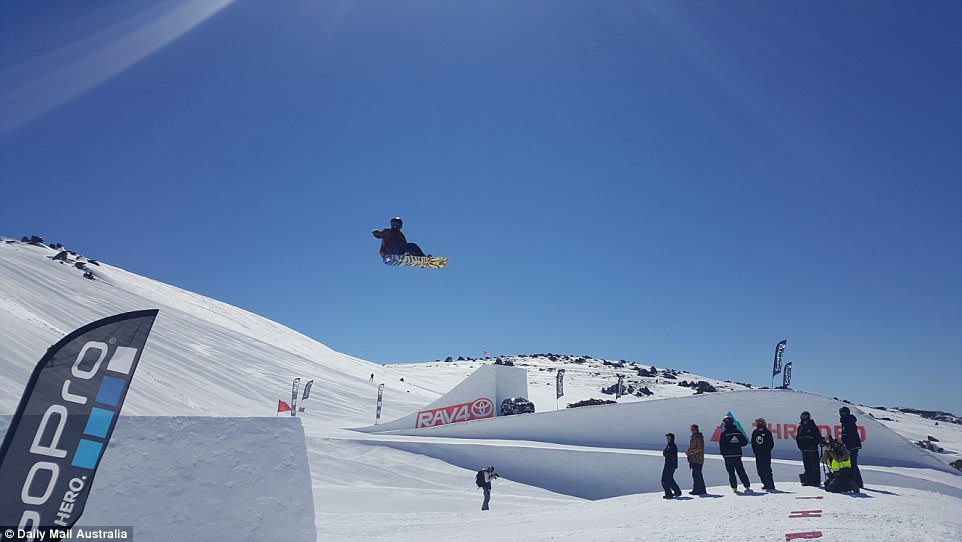 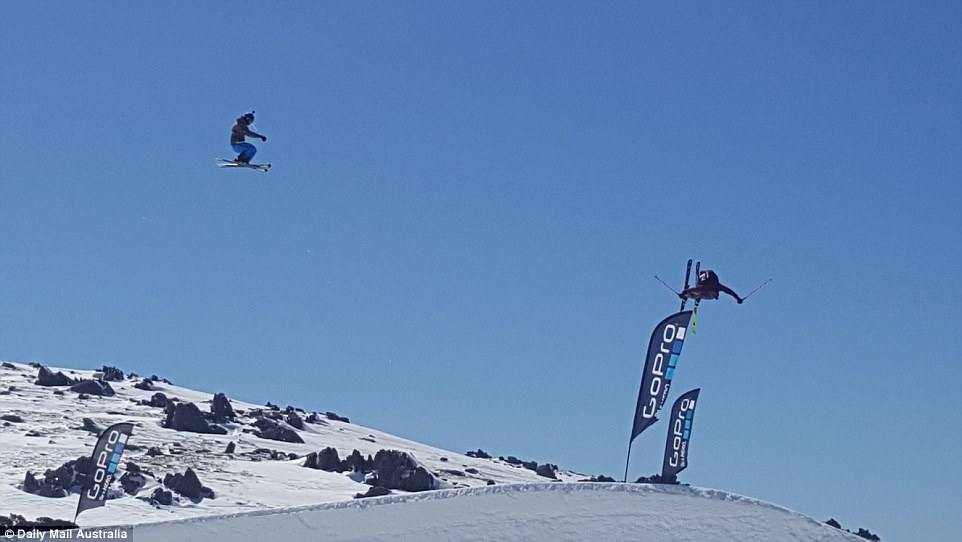